Recently, the official website of the State Internet Information Office issued an announcement to disclose the names and filing numbers of the first batch of 197 domestic blockchain information services.

The "Securities Daily" reporter found that the companies that obtained the record number not only have Internet giants such as BATJ, but also financial institutions such as Zheshang Bank, Weizhong Bank, Ping An and Zhong'an, and more are blockchains such as medium chain and interesting chain. the company. In terms of geography, the blockchain industry has a significant agglomeration effect in developed cities, with the largest number of filings in Beijing, followed by Zhejiang and Shenzhen, which is closely related to the blockchain support policies.

It is worth noting that the "record number" cannot be regarded as putting a legal "yellow vest" on the blockchain. The role of the "record number" should be correctly recognized. According to the website, the filing is only the registration of the information on the main blockchain information service, does not represent the recognition of its institutions, products and services, and emphasizes that no institution or individual may use it for any commercial purpose.

According to the "Regulations on the Management of Blockchain Information Services" (hereinafter referred to as "the "Regulations"), blockchain information service providers shall indicate their record number in prominent locations such as Internet sites and applications that provide services to them.

From this point of view, the "record number" will be the "identity card" for the identification of the blockchain project.

Mao Hongliang, an engineer at the National Internet Emergency Center, said that blockchain information services refer to the use of blockchain technology or systems to provide information services to the public through Internet sites, applications, etc., such as mine pools, wallets, etc. Whether it is a public chain, or a coalition chain or a private chain, all are in the scope of filing; services such as blockchain media, market information, and community that are not based on blockchain technology or system operation are not included in the filing scope.

However, the role of the “record number” cannot be over-interpreted. The website of the website said in the announcement that the filing is only the registration of the information about the main blockchain information service, and does not represent the recognition of its institutions, products and services. No institution or individual may use it for any commercial purpose.

According to the "Securities Daily" reporter combing relevant information, the blockchain industry has a significant concentration effect in developed regions. Among the 197 filing locations, Beijing, Shenzhen and Zhejiang have the largest number, and the total number of records in the three places is 124, accounting for more than 60% of the country. There are 63 in Beijing, and 37 in Shenzhen. There are 24 in Zhejiang, followed by 19 in Shanghai.

As far as the filing company is concerned, the industry spans a lot. In the field of Internet, the BATJ four giants have been filed, including the largest number of Jingdong filings, 4, Baidu layout 3, Tencent 2, Ali 1; in the financial institutions, Zheshang Bank has 5 records, the number is the first Zhong'an took 4 times, followed by 3 micro-banks and 2 accounts of Ping An. In the blockchain industry, interesting chain technology is in the forefront and there are 4 filings.

It is worth noting that among the daily limit stocks, there are more than ten listed companies' products appearing on the record list, such as the easy-to-see block of the easy-to-see shares, the “Annie copyright blockchain” of Anne’s shares, and Chenxin’s "Competing clouds" and so on.

A senior industry researcher said that the rise of blockchain concept stocks is not unrelated to filing. The lack of corresponding laws and regulations is one of the bottlenecks in the development of blockchain. The filing of blockchain information services issued by the Office of Netcom is an important step for the industry to move toward “regular compliance”, releasing positive regulatory signals, which is conducive to Healthy development of the blockchain industry.

Yesterday, the blockchain concept stocks started to rise and stop. According to statistics from Oriental Wealth Choice, as of 11:00 am, 18 listed companies including Zhongyuan, Chenxin, Huasoft, and Yijian have collectively increased their daily limit, and the time ended at the close of the afternoon. The rising tide, Xinhu Zhongbao, Stitch, Weishitong, etc. also joined the camp, the number of daily limit stocks soared from 18 to 28. This means that out of the 80 concept stocks, more than one-third of the stocks have a daily limit.

Seizing the blockchain outlet is a common choice for many listed companies. Relying on the capital market, the “not bad money” listed company investment blockchain project is also rich and wealthy. Zhongying Internet has acquired the equity of the blockchain technology development enterprise Jude Credit with an evaluation value-added rate of 608%, and has offered a bid of 3.6 billion yuan for a 45% equity interest in Jude Credit. The company of 10 million yuan has made a valuation of up to 800 million yuan. Similarly, Xinhu Zhongbao also planned to invest in a blockchain company with a valuation of about 1.5 billion yuan last year. In the face of the blockchain start-ups that are not yet profitable, it is worthwhile to give hundreds of millions of valuations. It remains to be seen that there is still a bubble. However, the blockchain industry has also entered the capital's vision.

The wind of “sweet the chain” began in January 2018. Since then, listed companies have frequently seen cases of “dip chain rises”. According to the statistics of the same flower in a certain media, more than 70 of the 80 blockchain concept stocks have a daily limit, and 7 of them have more than 10 daily limit. “Some companies have publicly stated that they are involved in blockchain technology, but there is no more detailed information to be disclosed. Even so, it is easy to achieve 13 daily limit by the blockchain concept speculation,” the report said.

In response to yesterday's collective daily limit, the industry generally believes that the market is positive for the first batch of filings. On Saturday (March 30), the Office of the Internet Information Office issued an announcement to disclose the names and filing numbers of the first batch of 197 domestic blockchain information services. The filing mechanism is based on the “Regulations on the Management of Blockchain Information Services” on February 15 this year, requiring service providers to fill in the filings through the National Internet Information Office blockchain information service filing management system within ten working days from the date of providing the services. Information, at the same time clear the record information review, record information changes, record numbering, record information periodic inspection and other related matters.

A senior industry researcher said that the rise of blockchain concept stocks is not unrelated to filing. It is worth noting that among the listed companies that led the increase, there are many listed companies on the list of the first batch of filing companies, and the blockchain results are significant. According to the incomplete statistics of the "Securities Daily" reporters, more than 10 listed companies such as Easy View, Anne, Chenxin Technology, Sifang Jingchuang, Hailian Jinhui, etc. all appeared in the list, and filed their own blockchain projects.

For example, Yijian Tianshu Technology (Beijing) Co., Ltd. has filed a “trusted data pool” service, and the company has backed up “Easy to See”. “Block” service, both of which are wholly-owned subsidiaries of EasyShare.

It is reported that Anne's shares based on the blockchain's copyright deposit service have provided a confirmation service for millions of works. Hao Han, secretary-general of the CTO and copyright blockchain alliance of Anne, said in an interview with the Securities Daily that the blockchain is characterized by users maintaining a database together, and all data is updated synchronously and cannot be tampered with. "The feature of blockchain is very compatible with copyright protection. We don't need to put the content into the blockchain, we can generate a verifiable value for the content, and correspond to the copyright one by one. Naturally, it has a strong ability to deposit certificates. To prove that the digital work was submitted by someone at a certain time, this ability is more efficient than the centralization certificate," Hao Han said.

Analysis of the second batch… 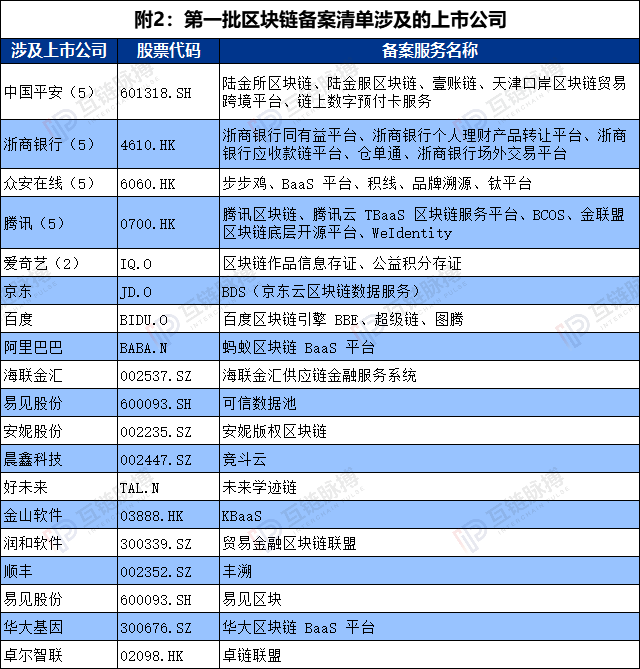 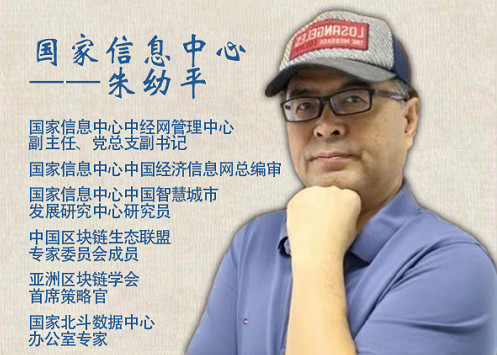 These file blockchain technologies will… How does the blockchain get…