There are many things in life for compounding, reading, money, ability, and health. Some people think that life is a marathon. People are falling behind because of various reasons, because many people are not prepared for such a long time, such a long distance. But I think the feeling of marathon is hard. All these compound benefits are turned into our daily routine. Doing it every day, doing it all the year round, will have a better rhythm in all aspects than those who are worried, see more scenery. , experience more fun, and finally get more things. Compound interest is regarded as a slow pace of life. Such compound interest may be clumsy and unwise, but some people have already gone so well.

There was no significant change in the market. BTC fluctuated sideways after getting rid of the small downward pressure line. The whole holiday was spent in the sideways, and the trading volume has basically shrunk to new land. It should be in the last one or two days. There is a directional choice, the medium-term indicator and short-term indicator of the target are still downward, and the direction may be selected at any time. Currently, it is still above the integer mark of 10,000 USD. I personally think that the possibility of going down is better than The possibility of going up is greater, unless there is a heavy-duty Zhongyang line, it means that the target will seek an opportunity to break through. The target will be re-expanded after breaking below 10,000 USD again. The next target is around 7200-7500 USD. 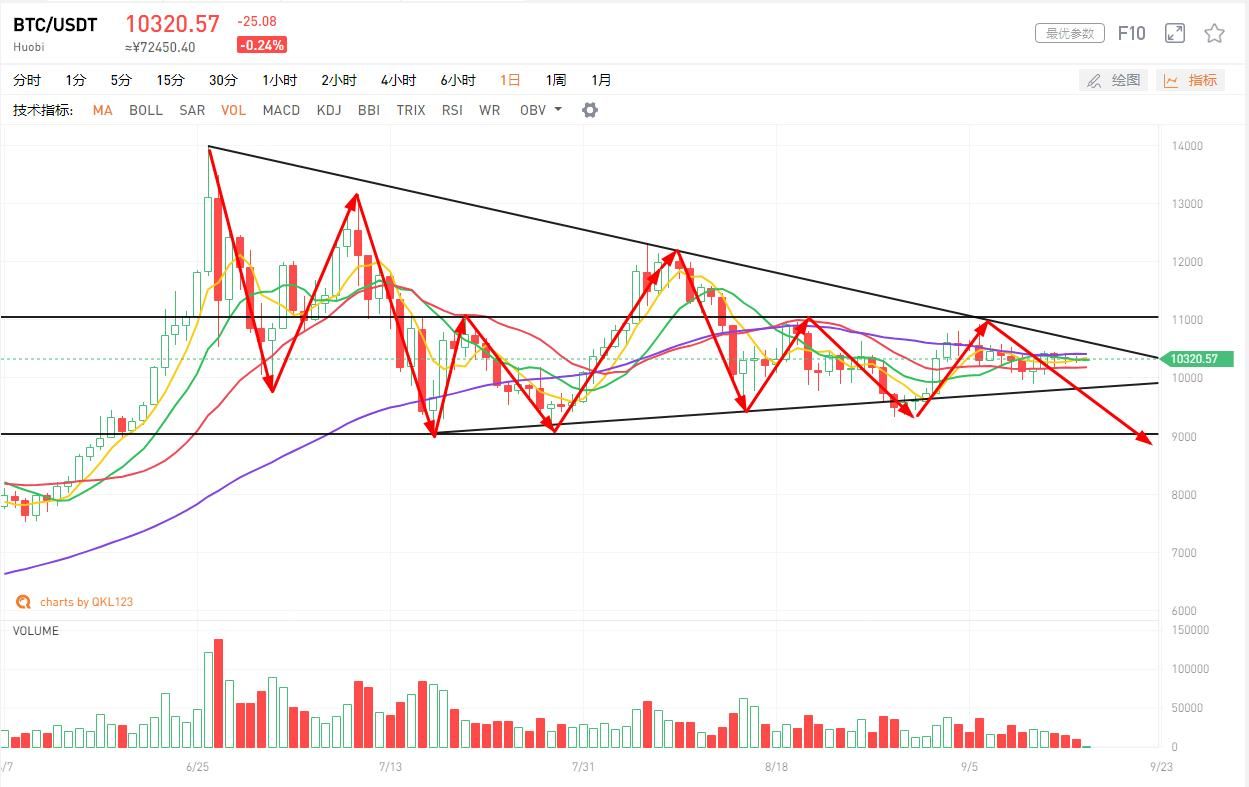 ETH continues to follow the market upwards to make an oversold rebound, but we see that the volume has not been effectively amplified, so the low point formed on July 17 is difficult to break through once, so I personally think that there may be another return. Possibility, unless the target volume exceeds the low formed on July 17, the target will continue to rebound upwards to around $220. If it fails to stand back, it should pay attention to the risk of falling back. The next one of the target is stronger. The support level is around $150. If there is a heavy volume at this point or you can participate in a small position, wait patiently. 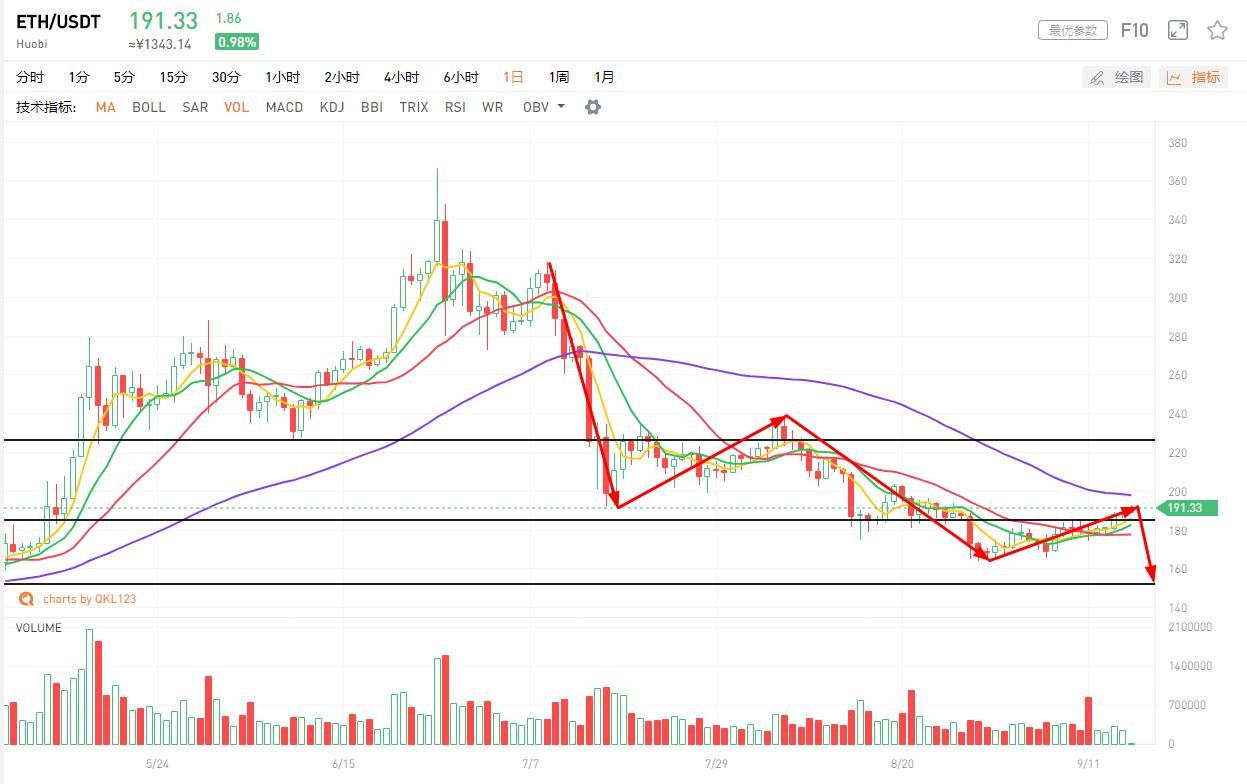 The single-needle bottoming of BNB in ​​the early stage is ineffective. At present, it has been gradually replenishing this lower shadow line. The market is weak. It has been continuously moving for many days. The target has built a large head and shoulders. It has been confirmed that it is a medium-term adjustment trend. There will not be much flexibility even if there is a rebound in the target. I personally think that the target will further explore the support, and the target may be effectively supported around $18. If there is a small increase in the amount of 18 dollars, I will consider the small position bargain-hunting, does not constitute a suggestion, pay attention to risk. 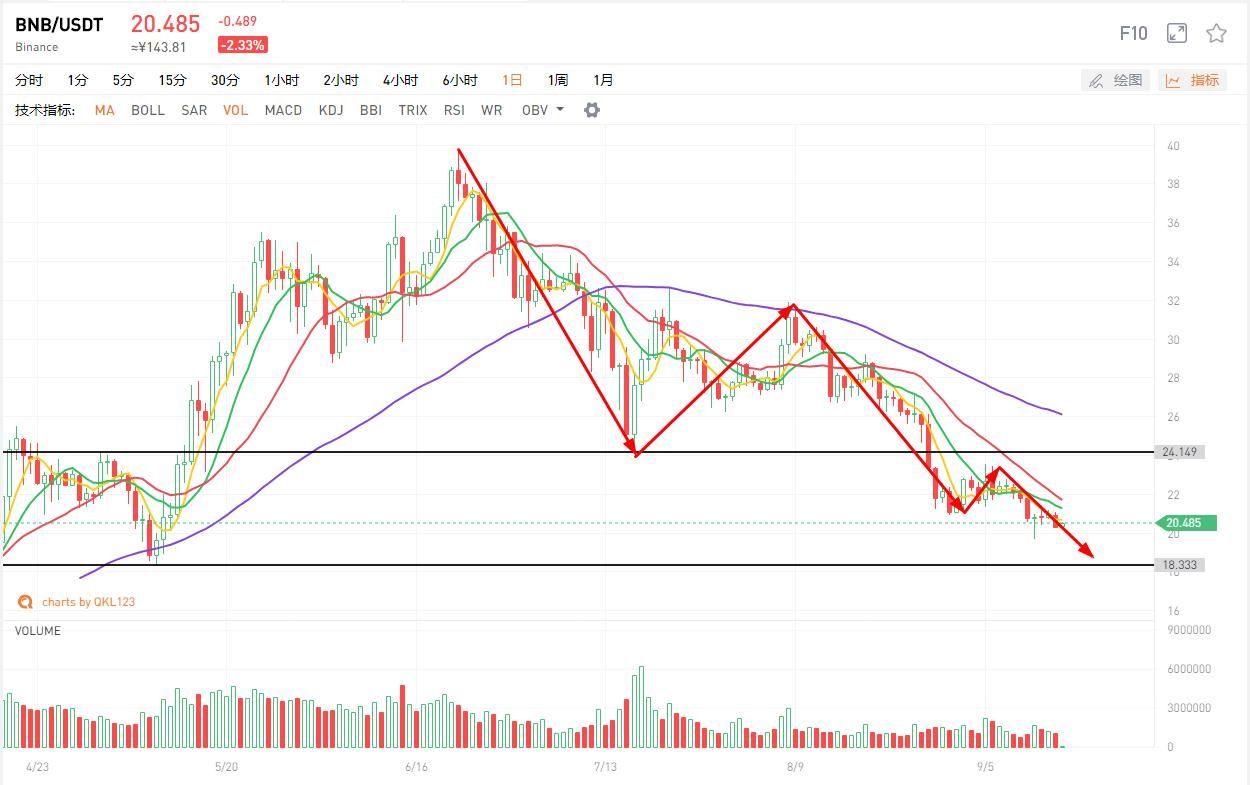 EOS is indeed the middle of the current round of rebound, the magnitude of the rebound is also relatively large in the mainstream currency, and is still going up, but we see that the volume of the cooperation is not ideal, the rebound is repeated, but the target will have a high probability Go up and touch the pressure level at $4.45, but looking at the current volume, it is difficult to break through this pressure, and pay attention to the target. 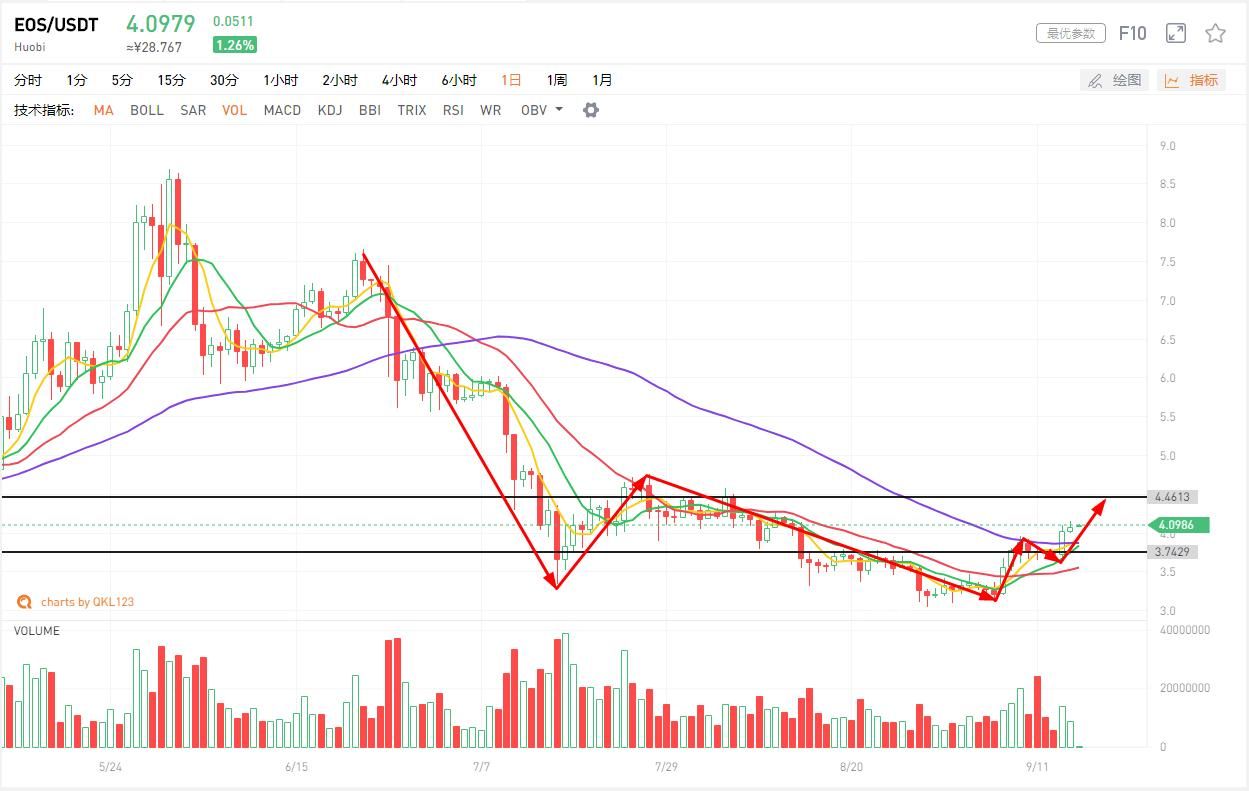 Bystack's first launch will be the best development opportunity for the Belt and Road than the original chain.

Layer1 CEO: With the development of technology and business models, computing power will be transferred from China to the United States

DeepBrainChain CEO: Due to funding issues, this project is difficult to advance