1. As of today, the total market value of the encrypted goods market is 173.552 billion US dollars, down 2.77% compared with the previous week;

4. “Bitcoin Jesus” Roger Ver said that he still holds BTC, but is more optimistic about BCH;

5. The French Parliament passed a new bill that would allow life insurance to invest in cryptocurrencies through professional funds;

It can be seen that the overall cryptocurrency market has a large correction in the past week. From the weekly line, the BTC trend is relatively stable, and the price is basically the same as the previous week's closing price. However, other small and medium-sized currencies with larger gains in the previous period began to call back, most mainstream currencies. The price has dropped by around 9%, while some small currencies that lack liquidity support have fallen by more than 20%. At the same time, the volume of cryptocurrency market transactions has also fallen, and some profit-making discs may have a phased withdrawal.

In the past 7 days, except for Monero, the trading volume of other mainstream currencies has decreased year-on-year in the past 7 days, the biggest drop is BSV. JRR Research Institute judges that its trend may be affected by the negative news of Aberdeen and the increase of BCH price. The struggle for the impact. As far as possible, the trading volume has declined. Recently, except for BTC, the prices of ETH, BCH, EOS, TRX and XMR have increased slightly. 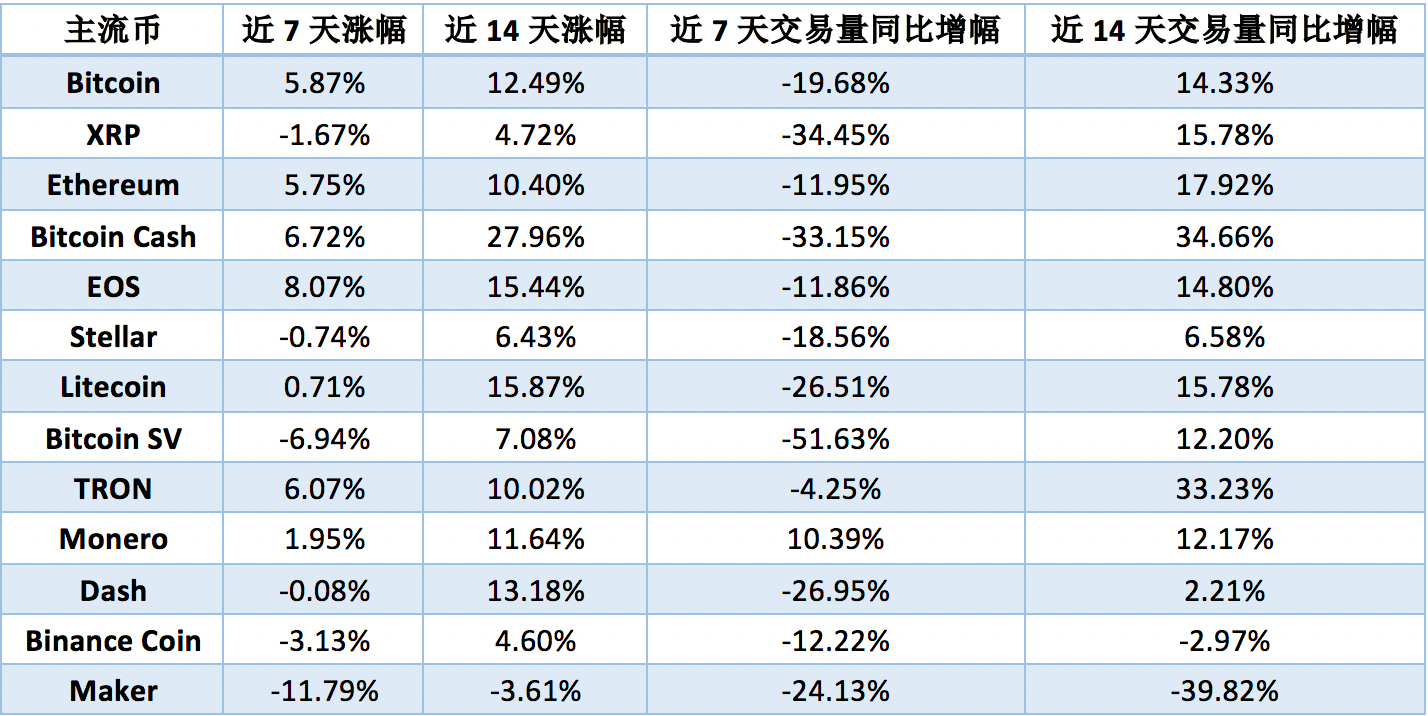 V. The trading volume of stable coins fell back 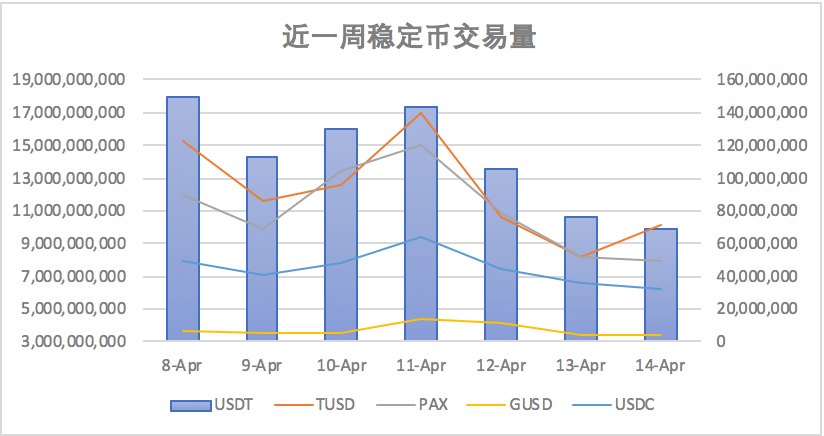 The DApp list has changed very little. It can be seen that EOS-based DApps still dominate, while wave-based high-risk DApps still account for 11% of the total list.