At the end of the IEO, Coinbase, the largest cryptocurrency trading platform in the United States, has heard the news of the upcoming IEO platform.

No one knows what Moinbase's motives are, but it is obvious that the cryptocurrency exchange, which has always been known as "conservative," is undergoing a visible change, or is "flying itself."

Behind this "flying self" is the internal worry and external troubles of 10 executives leaving the market and the market being eroded by emerging exchanges such as the currency.

Coinbase "Freedom of Self"

"Coinbase will soon launch its own IEO platform, and will also launch STO products based on market demand."

At the beginning of 2019, the currency was ignited by the concept of IEO. Because of the emergence of IEO, the liquidity of the cryptocurrency market has greatly increased. Bitcoin prices have also skyrocketed from $3,500 to $13,000. Coin Security therefore received a net profit of approximately $78 million in the first quarter of 2019.

Today, there are fewer and fewer IEO projects, and the price of the projects that have been launched has plummeted and been defended. In the case that IEO is considered to be "cool", Coinbase has announced that it will launch the IEO platform, making the outside world somewhat difficult to understand.

"IEO is cool, now Coinbase has to launch the IEO platform, is this a peak trip?" Someone snarled.

Of course, no one knows why Coinbase is going to announce the launch of the IEO platform at the current point in time, but it is obvious that this is the most conservative cryptocurrency exchange in the United States. Or say that you are "flying yourself."

Everything happened a year ago.

In the cryptocurrency market, Coinbase has always been a conservative, and the most direct manifestation of this conservative is to strictly control the amount of online currency.

From the establishment of Coinbase in 2011 to July 2018, in the past six years, Coinbase has only four currencies, BTC, LTC, BCH and ETH, which can be traded.

When ICO became popular, thousands of coins were issued, and other exchanges were crazy, Coinbase still maintained its "good tradition", and there are still only a few mainstream currency trading pairs, unique and different.

But since July 2018, the exchange, which was established in 2011, has swept the once conservative and started the "large scale" of the currency.

According to the data, from July 2018 to the end of December 2018, Coinbase's Coinbase, Coinbase Pro and Coinbase Prime platforms were launched in 12 currencies including ETC and ZEC.

Coinbase online currency as of December 31, 2018

Although there doesn't seem to be a lot in terms of quantity, in Coinbase, such a "large scale" is very rare. Even more surprising is that 2018 Coinbase president Asiff Hirji even said that in the coming year will be online 200-300 currencies.

Whether it's Coinbase president Asiff Hirji's "words of words" or the IEO platform "ready to go", everything shows that Coinbase is no longer the former Coinbase.

And what is the reason behind this?

7 years of growth to 8 billion US dollars unicorn

In addition to the strict restrictions on currencies mentioned above, Coinbase's most commendable is its compliance and regulatory support.

On July 16, 2018, Coinbase took the initiative to communicate with the Securities and Exchange Commission (SEC) and the Financial Industry Regulatory Authority (FINRA) on the acquisition of Keystone Capital, Venovate Marketplace and Digital Wealth LLC.

Although the acquisition does not require approval from both parties.

Coinbase also actively invited US Attorney General Kathryn Haun to serve on the board of directors to strengthen communication with government agencies.

In addition, Coinbase is also worth mentioning in terms of security. When the same period of Mt.Gox went bankrupt due to theft, Coinbase's defense has never been hacked, and it has earned the title of "buy Bitcoin's safest exchange".

The restraint of the currency, regulatory compliance, and strong security controls have made Coinbase one of the world's largest cryptocurrency exchanges in just a few years, with a valuation of even $8 billion. .

The first financing that Coinbase got at the beginning of its creation came from the Y Combinator incubator, which cost just $200,000.

Compared with the star project that was tens of millions or even hundreds of millions of dollars in financing at the beginning of its creation, Coinbase was not born with a gold spoon, and the cryptocurrency unicorn, which has a valuation of 8 billion from 0, took Coinbase for seven years.

But when the company was favored by capital and the market, and the number of employees quickly expanded to thousands, the crisis of Coinbase began to emerge.

On Wednesday, LinkedIn, the world's leading social networking platform, announced the 50 most popular startups in the United States in 2019. Coinbase ranked 29th, down 26 from the previous year.

In 2018, Coinbase ranked third among the most popular startups in the United States. Although ranked third, the Coinbase is now full of struggles and divisions.

In October 2018, Coinbase trading director Hunter Merghart left. Hunter served as the director of US stock trading at Barclays Bank, the second largest bank in the UK.

After leaving Coinbase, Hunt went to the Operations Supervisor at the Bitstamp Exchange in the United States.

Regarding the reason for the departure, Hunter later said that the company did not provide him with sufficient resources, and Coinbase itself lacked a clear business roadmap.

Then there is Risk Operations Manager Rees Atlas. Reis joined Coinbase as soon as he graduated and was one of the early employees of Coinbase.

In just half a year, a total of 10 executives left Coinbase, and such large-scale executive departures are rare in the industry.

In addition, there is an intriguing detail. Among the many retired executives, only Adam White was blessed by Coinbase founder Brian Armstrong when he left.

It has to be guessed whether other executives and Brian Armstrong are unhappy.

Whether it is the release of Coinbase or the departure of large-scale executives, Coinbase's changes and turbulence, in addition to its own reasons, also have a sharp impact from the outside.

Established in September 2017, the currency has become one of the world's largest bitcoin spot exchanges in a very short time. And in 2019, I successfully activated the market through IEO, attracting countless exchanges to imitate.

BitMEX co-founder and CEO Arthur Hayes said in an interview that no new funds have flowed into the bitcoin market and that it is still a stock market.

In the stock market, the increase in the volume of currency transactions means that the volume of other exchanges is declining, while Coinbase is the one most affected. Because more than half of Coinbase's trading volume comes from Bitcoin. 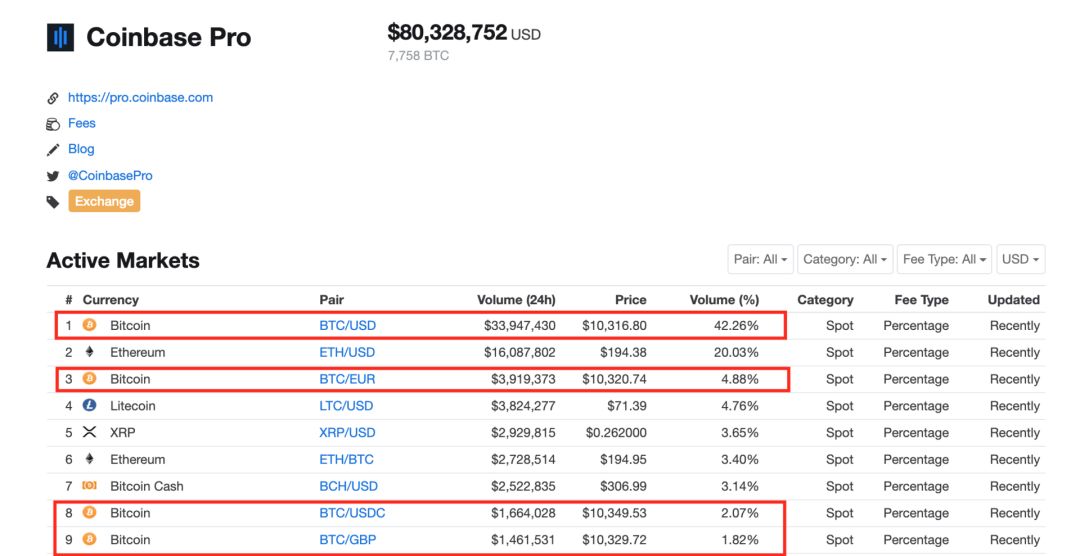 Coinbase is not only affected by the spot trading market, but also from the “regular army” in the “compliance exchange” field.

Coinbase's trading business has always been closely related to regulation, but only the Bitlicense issued by NYDFS is held in hand.

During the year, Coinbase CEO Brian also faced tough choices, whether to choose to adhere to legal compliance like traditional financial services companies, or to “test on the edge of illegality” like other cryptocurrency exchanges?

Brian’s idea was to divide the dissident leadership into two competing teams, one represented by President Asiff Hirji and the other represented by Chief Technology Officer Balaji Srinivasan.

Both Asiff Hirji and Balaji Srinivasan have worked in the famous venture capital a16z, but the styles of the two are quite different. Asiff Hirji tends to work closely with big financial institutions to monitor it closely. Balaji hopes that Coinbase will develop into a currency and have more sources of income.

In terms of results, Balaji won in this internal competition, and Coinbase increased the speed of the currency. But from the process point of view, Asiff seems to be the winner, because Balaji left Coinbase after receiving considerable compensation.

According to The Information, people familiar with the incident said that Balaji was withdrawing because he was tired of internal competition.

After Balaji left, the conflict between President Asiff and CEO Brian became sharp. After all, compliance regulation and cooperation with big financial institutions did not immediately bring cash back to the company.

The launch of the IEO platform today seems to indicate to some extent that Brian intends to continue Balaji's strategy, but is it a wise choice to launch IEO at this time?

Baidu’s “abandoning son”, the universe that wants to die and die

BM:: The team is actively working to improve decentralized governance