According to the Austrian economist's criteria for assessing the saleability of goods, BTC has two standards that do not meet the standards of conventional goods. First, if you prefer to understand BTC minimalism in audio form, then listen to the latest issue of ABNP , where @mrpseu and I discussed BTC minimalism.

There is a notice here: I will not put forward technical ideas in this article (there will be no debate or rebuttal of technology). Others will discuss technology, and my focus on BTC minimalism is all economic. Here is my view of BTC minimalism:

1. According to the sales standards set by the Austrian School of Economics, BTC is not the most valuable digital commodity.

2. BTC lacks portability compared to other cryptocurrencies, which means that Bitcoin is not a sound commodity.

3. Value storage is a secondary function of money, but does not meet the value requirements of the regression theorem.

4. BTC Minimalism abandoned Hayekian's concept of competition as a discovery process. This view is elaborated in the 50th episode of Crypto-Economics , The Agoro, so this point will not be elaborated in this article.

To help you understand the marketability, consider the following example.

Barter economy, that is, goods are directly exchanged. The following is an example of a barter economy:

Next month, Alice ribbons another telescope to exchange wheat with Bob again. What will Bob do? He already has a very good telescope, he doesn't want a second telescope.

When she left Bob's grain farm, Alice noticed that she was not the only one who wanted to exchange personal items for wheat. In fact, she noticed that Bob's wheat farm had much more economic activity than her telescope factory. This is because cereals are a more popular or arguably more marketable commodity.

Realizing that everyone is willing to exchange wheat, Alice decided to carefully reserve excess wheat, which is more than Alice's spending power. By stocking up the surplus wheat, Alice can avoid a series of exchanges such as the above, saving a lot of trouble. It should be noted that whether a commodity needs to be stocked depends on its ability to act as a medium of exchange. In other words, if market participants are reluctant to exchange goods, Alice has no reason to reserve the goods for exchange. 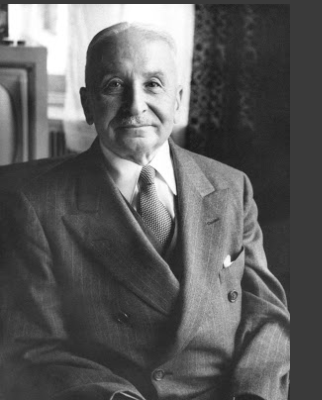 Then the question becomes: What determines the marketability of the goods?

Fortunately, Carl Menger gave a very specific list of assessable product vendabilities, which lists the evaluation criteria for the saleability of goods. Although I suggest that you click here to read Carl Menger's product marketability standards, but for everyone to quickly understand BTC minimalism, I recommend that you only read about the content that hinders BTC from becoming a medium of exchange.

Maybe Lightning Network can solve the flaws of BTC, but it may not. At the same time, it is undeniable that many digital currencies can already act as "money".

Finally, as we have seen, marketability is a dynamic rather than a static concept. Marketability can change due to uncontrollable factors. For example, third-party behavior, such as the behavior of the state, will change the marketability. If market conditions are not known, minimalists cannot know if BTC will meet market conditions. To find out more about Hayekian's views on BTC minimalism, listen to Jeffrey Tucker about The Agora .

On page 5 of The Bitcoin Standard , Saifedean Ammous said that the stock-to-flow ratio is a reliable indicator of currency hardness. However, stock-to-flow is only a measure of the relative abundance and scarcity of a particular commodity – and scarcity is a factor that affects currency robustness. Scarcity is by no means the only characteristic of a sound currency.

Steady currencies are rare, but robust currencies should also have homogeneous, divisible, durable, and portable features. In a sound monetary system, the portability of money is the ratio between the value of a commodity and the weight of a commodity. Gold is easier to carry than iron, because if you want to buy a car, you only need a bag of gold coins to buy a car, instead of pulling a horse-filled carriage to buy a car. In other words, transporting gold to buy a car consumes less resources than transporting iron to buy a car. Similarly, due to the higher transaction fees, transmitting BTCs consumes more resources than transmitting other cryptocurrencies.

Therefore, the marketability of BTC is not high, and BTC is not perfect.

Most people think of BTC as a value store, which is consistent with the use value of the regression theorem, but this view of most people is easily refuted. The main reason for being easily refuted is that neither Menger nor Mises agree that value storage is the main function of money.

As explained by Menger and Mises in detail, the primary function of money is to exchange media, and other functions are second. Recalling the previous example, Alice realized that it was very useful to use wheat as a medium of exchange before deciding to use wheat as a value store. This is of course logical. In fact, although gold is more suitable as a value store, most people are still willing to choose legal currency as a value store rather than gold. The reason is that people store legal currency as value to prevent unexpected situations – they have to buy goods or services. Make sure you have the funds available to buy goods or services.

As Menger said in the Principles of Economics :

"A frugal individual intends to use his own property to purchase consumer goods. If the first purchase of consumer goods is money, then this person will convert his property into money at the most certain and fastest way.

He went on to say, a more straightforward expression –

"… In my opinion, the function of money as a "value measure" and "value store" cannot be attributed to money itself, because these functions are only secondary and not important in the concept of money. content."

So, logically, the main function of BTC is not value storage, so what is the use value of BTC? BTC was originally used to support p2p transactions without third party intervention. In other words, no bank intervention can be traded.

Before Bitcoin appeared, if TNL contributor Alex Utopium (people in Norway) and I (people in New York) wanted to trade, we need a third party (such as VISA or bank) to confirm that one of us sent the funds and also To confirm that the other party has received the funds. Of course, the centralization of such systems will become a magnet to attract political parasites to penetrate personal financial sovereignty. Satoshi's white papers can change the history of third-party transactions forever. Since then, any two people anywhere in the world can trade without a third party.

To give an example of a real world, take the example of Ross Ulbricht, the hero of the recent agorist. Inspired by the late writer J. Neil Schulman's Alongside Night, Ross Ulbricht created the first truly free, uncensored market known to man. Without the p2p currency, the Silk Road will never be realized, but with p2p currency, buyers and sellers can trade without worrying about third-party censorship. .

This is the purpose of Bitcoin.

In summary, according to Austrian economists' evaluation of the marketability criteria for goods, there are two BTCs that do not meet the standards. First, the marketability of the BTC space is limited by transaction fees. In addition, the anonymity of BTC makes the chain susceptible to state interference, and the marketability of BTC time is also limited relative to the anonymous chain. In the second place, the current transmission of BTC requires more resources than other digital goods, resulting in the portability of BTC is not high, so BTC is an unsound currency. Finally, most people think that BTC as a value store is in line with the requirements of the regression theorem, but this view has been repeatedly questioned. Value storage is a secondary function of money, and monetary value is not worth storing. The main function of money is the exchange medium.

Data: Bitcoin is pulling up strongly. If there is no immediate sharp correction, the mainstream currency should have a wave of upswing.

SEC Chairman: Will not change the securities law for cryptocurrency

CFTC's 2019 reauthorization bill has been submitted to the House of Representatives, one of which requires the CFTC to issue guidelines for virtual currencies

Sun Chenyu responded to Wang Xiaochuan: Looking at June 2022, the wave field and Sogou market value are high and low.

Today's panic and greed index is 23, the level is still extremely panic