Since blockchain-based DApps are still rare and are still centralized and decentralized, interacting with them at first can be overwhelming. The purpose of this article is to answer the most common questions related to DApp through three perspectives (legality, privacy, and digital asset security).

Over the past few years, blockchain platforms such as ETH and EOS have introduced the world into a new computing paradigm: DApps (decentralized applications).

Unlike traditional applications on smartphones, DApps are not controlled and operated by a single entity or organization. These applications (also known as DApps) offer the advantages of resistance to censorship, trustworthiness, and reliability.

Since blockchain-based DApps are still rare and are still centralized and decentralized, interacting with them at first can be overwhelming. The purpose of this article is to answer the most common questions related to DApp through three perspectives (legality, privacy, and digital asset security).

Prior to the introduction of the blockchain, decentralized applications existed in the form of peer-to-peer platforms. However, after the popularity of cryptocurrencies such as Bitcoin, ambitious developers quickly realized that the technology has a lot of potential yet to be developed. In 2017, the number of DApps on the market began to grow exponentially. According to statistics, in January 2017, the number of newly released DApps was only 10, and it increased to 72 after one year. As of December 2018, 177 new applications were added each month. Today, there are more than 2,500 independent DApps on various blockchain platforms. However, many users who use DApp for the first time cannot determine if they are legal.

Is it legal to use DApps? 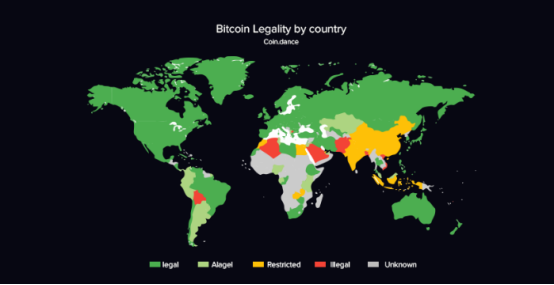 Since the ecosystem of DApp is still in its infancy, the ecology has not been regulated by jurisdictions around the world. Although no one has questioned the legality of DApps so far, governments have begun to impose new regulations on digital currencies.

Most countries do not actively prohibit their citizens from using digital tokens as money, commodities and property. Moreover, many DApps simply do not require you to use the digital currency that comes with them.

Since these tokens never leave the platform and ecosystem, these products are no different from any non-blockchain platform with a virtual economy. Similarly, many apps on the market offer tokens with some underlying utility. So far, these companies have not been subject to legal review except for special circumstances such as suspected illegal or fraudulent activities.

If cryptocurrency is illegal in your home country, how do you use DApps? 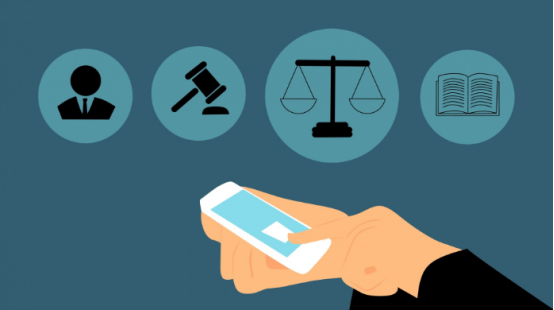 Even if you live in a few countries that treat cryptocurrencies as illegal, you can use DApps without restrictions.

I have already got some tokens from DApp. How can I convert to legal tender?

Many DApps allow users to get tokens on the platform for free (without pre-investment), so users who use DApp for the first time often wonder how they can convert their tokens into legal tender. In fact, it is very simple, it can be achieved by encrypting currency exchanges or P2P transactions.

When you enter the cryptocurrency exchange, you may need to perform KYC verification according to local rules. Once the exchange has verified your personal information and supporting documents, you can trade your tokens with other tokens or fiat currencies.

Some banks or financial institutions may not allow their account holders to use their account for cryptocurrency transactions. Most DApps are still available and useful. Because DApps allow direct conversion of their platform tokens into products and services, it means you can convert these tokens directly into tangible items, eliminating the need to convert tokens into legal currency.

Do I need to pay taxes on my income from DApp? 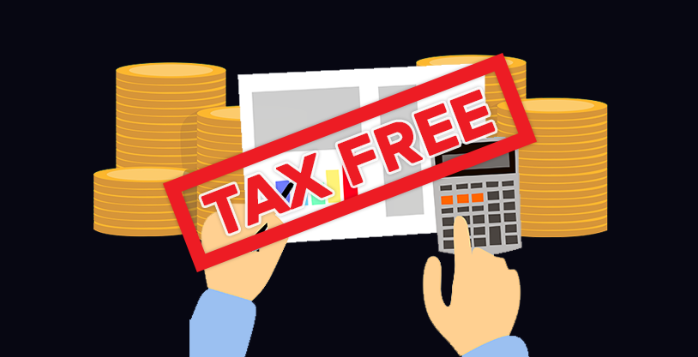 As for the amount of tax you need to pay, some countries have a tax rate of 50%. It is safer to consult with local tax experts about the cryptocurrency tax in your area. In fact, you can also find information on your own. Most of them are easy to find online.

On the Internet, protecting privacy has become increasingly difficult, especially considering the recent Facebook-Cambridge Analytica scandal and Equifax data breaches. However, centralized control of large amounts of information on the Internet goes far beyond the power of social media and private companies.

As the decentralized application ecosystem grows year after year, it is important to understand the complexities associated with using DApp privacy.

The DApp is managed by a decentralized authority, which means that all changes must be made by most users and can only be implemented after a consensus has been reached.

Ideally, all records of DApps operations are stored in a common, decentralized blockchain, avoiding the threat of centralization. The decentralized decision-making process is implemented by the blockchain verifier by implementing a consensus mechanism, such as a Workload Proof (POW) or Proof of Equity (POS) deployment algorithm.

In recent years, as more and more data security vulnerabilities and user privacy scandals have surfaced, user privacy has become a hot topic. The large tech giants with the most user data are extremely central.

At the beginning of 2018, Cambridge Analytica exposed Facebook's serious negligence in handling user data, leaving regulators and the public extremely uneasy. With a series of news reports about Facebook's inability to protect user data, calls for decentralization and data protection are growing.

Another recent example is that online security company UpGuard claims that in April 2019, more than 540 million records of Facebook users were exposed. This data is stored on Amazon's cloud computing server. Centralization not only has data storage problems, but also access to the Internet application ecosystem.

In May 2019, a group of iOS developers sued the App Store monopoly app store, and Apple pulled 30% of the commission from all App Store sales.

DApps differ from traditional digital apps in that they are not run and controlled by a centralized entity. DApps runs on distributed computing systems and is decentralized, so the decision-making process requires a large number of users to authenticate. But what does this mean for user privacy and security?

The following will answer some of the most prominent questions about user privacy.

Is the data secure on the DApp?

Compared with the centralized storage of large technology companies such as Facebook, DApps runs on blockchain and decentralized computing systems. The stored data is not easily affected by single points of failure, and is zero-knowledge proof (ZKP). Encryption verification methods ensure data security on the blockchain.

ZKP is a cryptographic verification method that enables secure and private transactions. In ZKP, the certifier can prove to the verifier that they know the specific information without revealing any sensitive data. This means that DApps runs by default on an architecture that embeds user privacy.

Paying attention to user privacy is one of the main reasons why blockchain is being used by more and more people. Because DApps use blockchain and decentralized computing systems for distributed storage and processing of data, user data is not shared and is not exposed to third parties. After applying anonymity, your wallet and transactions cannot link to your personally identifiable information except in a few cases.

Why do I need to do KYC certification on DApps?

Although DApps are decentralized, they must still comply with the legal requirements of the country in which they are located. KYC (know your customers) provides a way for DApps to be legally legal and able to cross regulatory barriers before they bring disruptive blockchain revolutions to users. DApps conduct user KYC certification by using digital identity certificates (mainly distributed in the form of digital certificates). The digital certificate is issued by an authorized authority that uses encryption technology to send the private key to the user. The issuing authority generates a public key when it issues the certificate. This public key is used to decrypt the certificate. The certificate also contains the private key information of the user to whom the certificate has been issued. The KYC data used by DApps is not associated with user identity information and therefore does not expose user privacy.

How does DApps protect user funds? Bitcoin founder Satoshi Nakamoto developed the first practical application of the blockchain, but developers found that the technology has a large number of non-financial applications, DApp use cases are undoubtedly the most promising, because DApps refreshed many Internet and digital The inherent concept of the ecosystem. Given that the technology is still in its infancy, most people in the world still have no chance to try it out. We believe that as DApps become more common, your first attempt should be simple and comfortable.

In this section, we'll detail how DApps handles user funds (including cryptocurrencies) on the platform. In addition, we will explore how to protect digital assets from unnecessary risks.

Is the token safe on the DApp platform? It is understandable that many new users of the DApp ecosystem will be concerned about the security and ownership of their tokens. As with any cryptocurrency, DApp owners do not have access to your token until you manually initiate a transaction to the platform wallet address. In addition, since digital currency is essentially decentralized, anyone can publicly view and verify transactions on the blockchain at any time, as the main advantage of blockchain technology is increased transparency.

The digital crypto currency wallet makes you a bank of your own, an irrevocable storage solution. If you are willing to trust a third party for convenience, the exchange or online service provider can also store tokens. However, it is generally recommended to use a local wallet to store tokens, as local wallets give you more control over tokens and effectively protect tokens.

How do you tell if DApp will trick users?

Although the vast majority of DApps currently in existence are operating legally, unfortunately, a few of them do not. As a user, pre-due diligence can help you largely determine if a project is trustworthy. It's usually about understanding the basics of each DApp, starting with the project's white papers, development teams, and platform capabilities. Some DApps development companies that claim to have legal relationships with large companies can see that the investment in the project is still relatively large, or relatively more trustworthy.

Some DApps used to defraud users' funds usually have obvious defects in some aspects or all aspects, because such projects require a lot of manpower and money resources to complete, and there is no extra money to do the project. Legitimate DApps also tend to build communities on popular social networks such as Reddit, Discord, and Telegram. Healthy interaction between users and developers is another positive indicator that DApps can trust.

As mentioned above, the best way to protect your money is to conduct a basic background check on the DApps you are interested in, especially those that look ambiguous. All in all, DBase and blockchain projects with strong fundamentals are more likely to maintain price stability than a controversial project.

So far, we have discussed common concerns and concerns about the DApps ecosystem. With the further development of the DApp ecosystem supporting the blockchain, users will be more decentralized, and developers will continue to work hard to provide users with a safer, frictionless platform.