After the spread of money and funds, there has been a new routine in the currency circle – a false exchange. Pulling groups to get customers, reverse shouting, directional harvesting, tampering with data… A series of operations on false exchanges, so that investors can't prevent them.

The operators behind these black platforms are the "scammers" who have been in the false forex platform market for many years. They moved the model of the fake foreign exchange platform to the currency circle for profit.

Some victims said that in a group of 30 to 40 people in the WeChat group, only one of them is a real user, and everyone else is trusting.

In the currency circle, fake projects, fake experts, and fake stations have been emerging one after another. But what many people can't think of is that even now, even exchanges can be fake.

At the beginning of this year, an exchange called “Hengzhan International Digital Currency Trading Platform” was born. The platform claims that investors can invest in various types of digital currency on the platform, and customer service is available 24 hours a day.

What is unexpected to investors is that on this platform, all data can be changed at will in the background.

It has harvested a large number of users with false transaction data. According to the incomplete statistics of the victims, only on this platform, the total loss of investors' losses is as high as 10 million.

The “black platform” is the usual name for investors on such exchanges.

"I think now, this black platform is full of loopholes, but I was brainwashed and lost judgment." The victim Chen Yuli told a blockchain.

At the beginning of this year, a person who claimed to be "Jin Ge teacher" found Chen Yuli. Under his guidance, Chen Yuli registered her account on the Hengzhan International Platform.

"After registration, there is a customer service called Hengzhan International plus my WeChat friends, and pulled me into a speculative coin group." Chen Yuli said.

There are more than 30 people in this WeChat group. Except for "Jin Ge teacher", everyone seems to be an ordinary investor like Chen Yuli.

But until she lost all the principal, she knew that this group, apart from herself, was the platform's "trust".

In fact, this black platform has already revealed flaws.

Unlike other mainstream digital currency exchanges, investors can use the yuan to buy digital currency directly. Even the platform's deposit account uses the bank card of the personal account.

“Hangzhan International’s customer service said that the VIP deposit channel is a personal account. After recharging, there will be a full-time customer service to transfer funds to the user’s operating account.” Chen Yuli said.

In addition to the different deposit channels, the investment targets of the Hengzhan International Platform are also different. The coins on the platform are mostly unpopular coins that few people have heard, such as YLB and GLB. 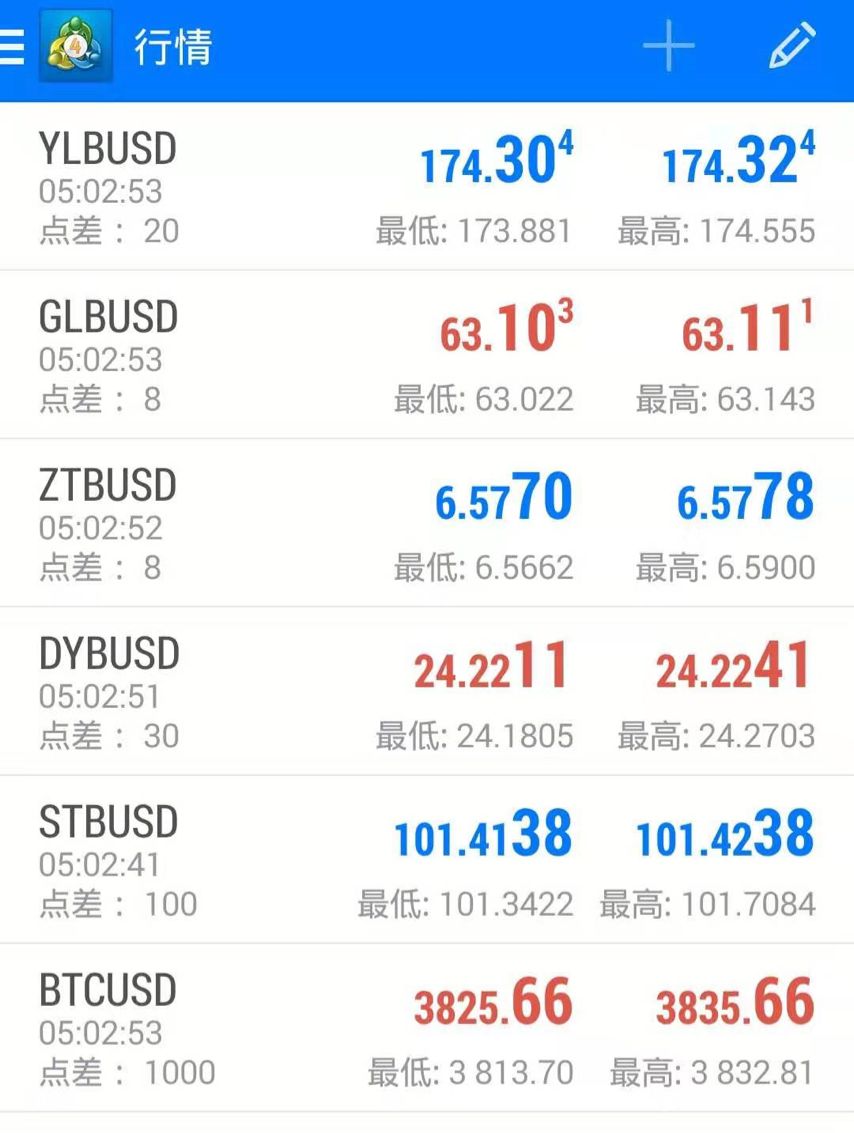 "I didn't know about digital currency at the time, just follow the teachers in the group." Chen Yuli revealed that under the guidance of "Jin Ge teacher", her first few orders on the platform are profitable and can be withdrawn at any time.

This made Chen Yuli trust in the platform. Soon, she began to increase investment and gradually fell into the scam.

For the second time, Chen Yuli invested RMB 70,000. But in less than a day, the funds will be destroyed.

"I was very worried at the time, and I quickly asked the assistants and analysts in the group. People who chat with me alone, there is no reply this time, and no one in the group cares about me." Chen Yuli said.

At this time, she realized that only she was alone in this group. And all the group friends are the "trust" of the platform.

Chen Yuli began to search for information on Hengzhan International on the Internet. She found that the victims of this platform are spread all over the country. After contact with other victims, she determined that she had suffered a black platform scam.

"The data on the Hengzhan International Platform is controllable. Now I have contacted more than 50 victims across the country. Their experiences are the same as me, even the digital coins they buy are the same." Chen Yuli said .

Looking back now, what makes Chen Yuli feel ridiculous is that on the second day of her registration, the price of a currency on the platform has been fluctuating. She bought and sold the funds from the 10,000 yuan to more than 4.6 million yuan.

"But on the third day, the transaction records of this currency were all deleted, and the coins in my account were gone." Chen Yuli said.

Shortly after Chen Yuli’s explosion, the official website of Hengzhan International could not be accessed, and the platform declared its way out.

Driven by the black platform, the currency circle opened a new round of "cutting action." 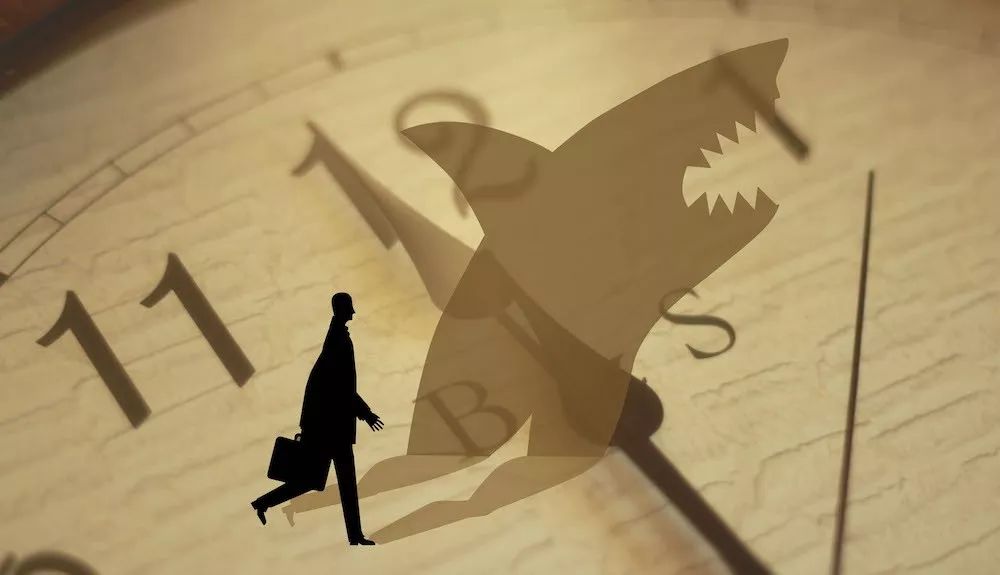 Unlike the MLM and the fund, this round of action, the traders are targeting the broader group of investors.

"On the one hand, most of the investors have certain funds, and they are not exclusive to investment. On the other hand, the stock market has been flat in the past year, but the concept of the currency market is hot, and the investors are also eager to move." Victim Zhang Kang told a blockchain .

More importantly, many investors are not familiar with the currency. It is difficult for them to identify whether the exchange is reliable or even the currency of the mainstream currency.

This makes them the best fishing targets.

In terms of mode, the black platform's means of obtaining customers are similar, mostly following the "recommended stock group" model of the stock era, that is, in the form of recommended stocks, attracting investors into the market.

"In March of this year, suddenly there was a stranger who added me to WeChat friends. He would put some stock analysis charts in the circle of friends, and often chat with me on the mobile phone, and ask for help." The victim Zhang Kang told a blockchain.

Under the temptation of a liar, most victims will agree to be drawn into a stock learning group. There are teachers in the group to give lectures.

At first, the teacher will teach the stock knowledge, recommend several stocks of daily limit, and gain everyone's trust.

After that, the teacher will start to change his mouth, saying that the stock market has low returns and slow returns, calling on everyone to invest in digital currency and directly recommending the exchange.

There is no doubt that the exchanges they recommend are mostly black platforms like Hengzhan International.

The group propaganda said that the blockchain is about to have "1000 points of funds to double the market." The teachers began to add them to the "Supreme doubling team", "the core band doubling team" and "the ultra-short doubling team" according to the amount of funds of the investors.

"The teacher said, 'When the stock market is good, we will come back to stocks.'" Zhang Kang said, "I didn't believe it, but the people in the group said that they made money, and they also made screenshots every day. I am brainwashing them. Under the temptation, they also joined the so-called team."

In these "teams", the so-called "following the teacher to invest in digital currency" means that the teacher shouts in the live broadcast to guide the investors. However, when the investor invests the funds, the teacher's shouting has become reversed – saying that the coin will fall, the coin will rise.

"When I started to lose money, I thought it was my bad luck." Zhang Kang said, "Later, the teacher and his chief disciple told me to continue to increase investment, one-on-one with me, and earn back the lost money."

Once the investors in the WeChat group have concerns, the teacher will send him a private letter to let them not worry. The “trust” within the group will also appease the user's emotions at this time.

“The teacher told me to send a WeChat, all the trends are in his control, let me take advantage of the situation. But in fact, the price of the currency has risen all the way, and the teacher said it is all against.” Zhang Kang told a blockchain .

"The behind-the-scenes of this fake digital currency exchange is the same wave of people who did the fake foreign exchange platform that year." Chen Liangcai, the victim.

Searching for "false foreign exchange platform fraud" on the Internet is not difficult to find. In recent years, similar cases have occurred in many places across the country. Among the cases with the highest amount of funds involved, the amount was as high as 120 million yuan.

"The trading system for these black platforms is called MetaTrader 4." Chen Liang told a blockchain.

This system is commonly known as "MT4" in the industry and has been popular in futures, foreign exchange, precious metals trading and other industries.

"MT4 is a trading system developed by Russians. The price is 200,000 yuan. The background data can be controlled by itself." Insiders said to a blockchain, "If you use pirated MT4, the cost is lower, you only need Tens of thousands of dollars."

This means that with less than $100,000 in start-up funds, fraudsters can build a fake digital currency trading platform and make a profit.

In terms of mode, the scammers also copied the false foreign exchange platform model and played the slogan of “high-yield, stable and profit-free”, and stepped over the investors step by step.

Specifically, the investors are profitable at first, and they taste the sweetness. Later, they use the teacher to maliciously shout and control the back-end price, so that the investors lose money until they squeeze all their principal.

In the end, the investors' funds all fell into the pockets of the black platform.

It is worth mentioning that the funds invested by these investors have not really flowed into the digital currency market from beginning to end.

"The trading platform used by investors is essentially 'inside disk' and 'pseudo disk'." Chen Liangcai told a blockchain.

In other words, the digital currency market and price movements in the trading software can be set by the trader himself. As long as the investor places an order, the trader reverses the operation.

“Investors buy up, the price of coins will fall, and investors will lose money.” Chen Liangcai revealed.

Even if there is an accident, the investor is profitable on the platform, and the black platform will freeze the investor's account and prevent it from selling normally. At this time, the trader pulls the plate in reverse to let the investors lose money.

Some black platforms will also set up virtual accounts in the trading platform, make a large amount of virtual capital injection for the account, control the trading market, and even tamper with the data directly in the background to clear the investor account.

Investors want to outperform the platform, there is no hope at all.

At the beginning of this year, this black platform emerged endlessly. Platforms such as Hengzhan International, Jinping International, and Jiahua International have successively appeared, harvested and ran.

Compared with the funding disk, the black platform has a shorter closing cycle. Once the big fish is caught, the platform often runs straight and continues to cheat after the name change.

More and more fraudsters and speculators have entered the currency circle and made a fuss.

The entire industry is in urgent need of purification.

Japanese Finance Agency official: Because Libra itself is liquid, it will not be terminated if it is not prohibited.