Based on the subtractive thinking of Ethereum, this paper analyzes the phenomenon of developer loss in Ethereum from the perspective of qualitative and quantitative.

Ethereum is the world's largest decentralized application ecosystem, with approximately 250,000 to 350,000 developers involved in development. From the perspective of globalization and diversification, the growth rate is impressive only five years after its launch. 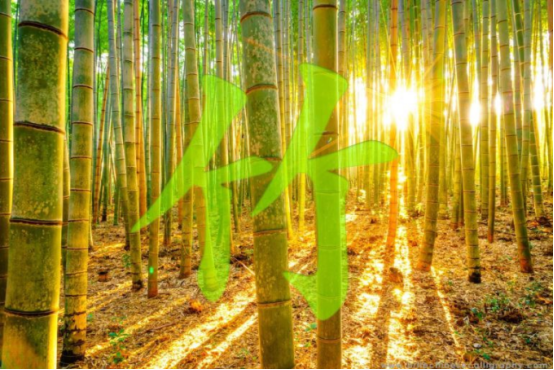 At this scale, it is not surprising that developers and projects on Ethereum have been lost for various reasons. In entrepreneurial terms, the wastage rate is also called the "loss rate", which is the percentage of users who leave the user. If a company wants to continue to increase its product usage, the growth rate must exceed the churn rate. In the field of human resources, also known as the “employee turnover rate”, for large and medium-sized enterprises, the 5%-10% wastage rate is acceptable.

With this background in mind, we analyze the loss of Ethereum developers and their significance from a quantitative and qualitative perspective.

In terms of quantity, the developer turnover rate of Ethereum is obviously negligible, because its ecosystem is still growing at a very healthy rate, and the growth rate is much higher than the wastage rate. Two years ago, there were about 100,000 developers on the Ethereum ecosystem, and the growth rate was obvious compared with the current 250,000 to 350,000. In the ETH Boston hackathon event held from September 6th to 8th, 2019, 13% of the participants were new members of Ethereum and 21% were beginners, indicating that there are far more new developers. The number of people leaving.

From a qualitative point of view, similar remarks are often seen:

“Developers are easily attracted to ETH rewards, and they leave a few months later, but these people are at least trying to develop on this basis. The project is in trouble and is suitable for prototyping, but not for commercial versions.”

We must analyze the real reasons and motivation behind these events. Although there are some public cases, such as the examples cited in this misleading article (the decline of Ethereum), this is not the norm, but the normal consumption of those who did not find Ethereum suitable for them. It turns out that not only are the number of projects leaving Ethereum relatively small, but most projects leave with one thing in common: they are not suitable for areas where Ethereum excels.

Many projects started with the generation of ERC-20 tokens, but did not think deeply about whether they were actually developed at Ethereum. Generating ERC-20 tokens is easy to operate, and successful token generation does not mean that developers have already understood or committed to developing on the Ethereum platform.

Some projects want to use Ethereum as a database and record every transaction on Ethereum. But this may require optimization.

Some projects do not really require Ethereum to decentralize the infrastructure functions. Decentralization is costly and may affect the speed of transaction processing, but it is conducive to maintaining the sustainable economic security of the blockchain.

There are also some projects that don't know how to use Ethereum's scalability. In other words, in order to extend the application on Ethereum, developers need to be aware of Layer 2 scalability features.

Other projects ultimately want to develop their own backbone to gain economic benefits, and Ethereum is not suitable for them.

Even for projects that leave (or are about to leave) Ethereum, Ethereum is likely to bring considerable benefits to these projects, whether it is generating economic tokens, developing prototypes, or issuing irreplaceable assets. For developers, these projects give them the first experience of decentralized application development based on encrypted blockchains, whether or not they can be prototyped.

The uniqueness of Ethereum

1. Easy for developers to enter the field of encryption

5. Put the real world, existing assets on the chain

6. The base layer of the stable currency

7. Provide an operating platform for thousands of digital applications

8. Widely used in enterprises through multiple forks and upgrades (such as jp Morgan's Quorum)

11. Decentralized governance platform (based on smart contract and voting architecture)

12. New use cases for financial products (eg, the International Bank of Spain issued $20 million in bonds at Ethereum)

15. Most of DAO's innovations

When discussing the transaction processing speed of Ethereum, it is also necessary to consider the functions of the existing Layer 2 network, extending the transaction throughput of Ethereum beyond the limit of 15 TPS in its chain. After the next hard fork, Ethereum can process 4,000 transactions per second through ZK roll-up, shadow chain and chain witnesses. Once a stateless client is implemented, the latency caused by many built-in storage will be reduced because the client does not need to store large state data, just verify the Merkel tree branch.

Ethereum is increasingly becoming the center of redefinition of the web programming stack. As mentioned above, the Ethereum stack is one of its greatest strengths.

About the Ethereum Foundation

As Albert Ni of the Ethereum Foundation said, the end result:

“The Ethereum Foundation, as a solid backing of Ethereum, has grown independently in a large and diverse ecosystem.”

Use Chinese bamboo to compare Ethereum

This is just a metaphor. I heard about it in Hewlett-Packard a long time ago (in the early 1990s).

At that time, the story referred to a plant with a long seeding period, and there was no sign of life on the ground in the early days. In the first few years, it was necessary to keep watering, but it did not see any significant changes in growth. More precisely, the roots of early plants are growing underground. What I want to say here is that planning is like rooting before you see the results.

Recently, this metaphor has evolved into a fable of "Chinese bamboo". Similar to the mysterious Japanese plant, there was no obvious sign of activity on the ground in the first few years. Until the fifth year, Chinese bamboo was exponentially growing. If the plant does not grow strong roots first (but is invisible), there will be no such rapid growth in the later stages.

The same is true of Ethereum. Over the past five years, Ethereum has been in an incredible stage of formation, building the foundations of communities and infrastructure. Although the merits of Ethereum are obvious, there are still more undiscovered areas that may soon appear.

Ethereum is not a single technology

Ethereum is a set of technologies, stacking tools, infrastructure, currency, belief systems, and about 250,000 developers. Although there may be flaws, developers still insist on using it, which will make the development of Ethereum more complete.

In the decentralized world, the influence of Ethereum is obvious to all. Many “competition” chains based on a single advantage do not have the developer network effect of Ethereum.

If Ethereum is defeated, perhaps the entire encryption field will be in jeopardy. It is hard to imagine that the early development of Ethereum will change its position and move to its competitive chain.

Are there other blockchain projects that meet specific needs? The answer is yes. Have there been any abandoned or unrealized projects on the Ethereum? The answer is also yes, but the reason cannot be generalized.

In addition to Bitcoin, Ethereum is at the forefront of its ambition and scope of application in decentralization.

The footprints of Ethereum's Open Finance and DeFi Finance are real, not built on self-referential use cases.

Although there are many shortcomings in Ethereum or foundations, ecosystem diversity, vitality and scale are largely dominant. Ethereum still has an obvious first-mover advantage.

It is not only because the Foundation has broken the Ethereum, we must first understand the nature of the subtractive thinking that Ethereum has been performing for the past five years. This is actually the reason for the rapid development of Ethereum and has become its most powerful. Market barriers.

Director of the General Office of the People's Bank of China: The central bank's digital currency is proceeding in an orderly manner as originally planned