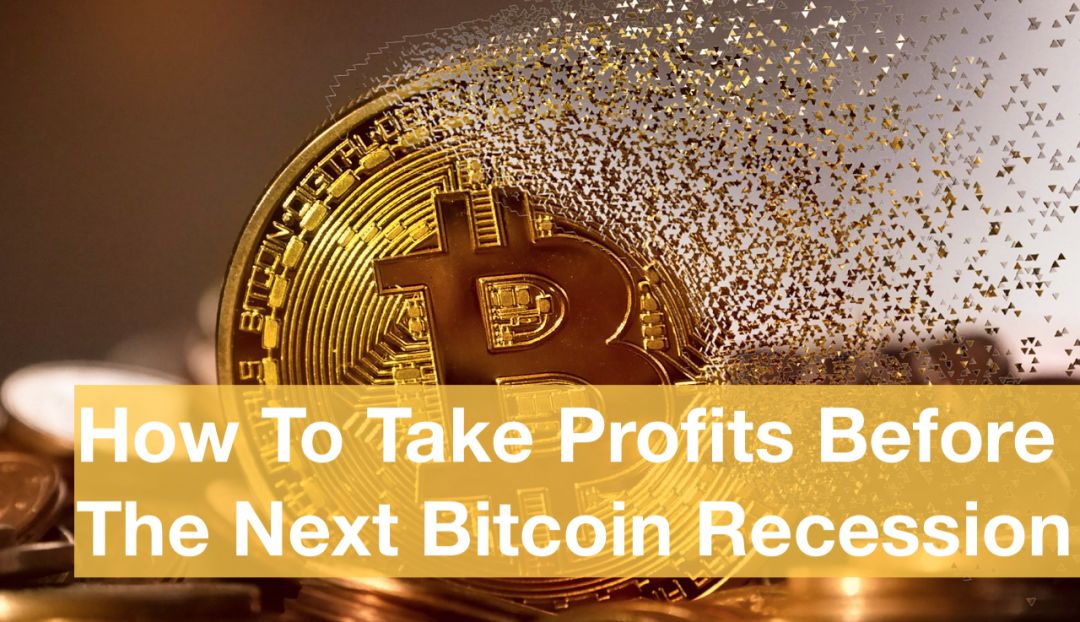 Is there a way to make a profit without losing money?

I believe this is the answer every investor wants to know. However, predicting the market is not an easy task. The cyclical ups and downs are economical. For assets with a lot of speculative components, the ups and downs will be further amplified. For example, bitcoin.

A large body of historical evidence suggests that the greater the speculative factor, the more extreme the cycle performance – whether it is bitcoin or other cryptocurrency, technology stocks, cannabis stocks, etc.

However, we can still use a scientific investment strategy to maximize benefits and minimize risk in the investment process.

The coin found an article on the medium called "How to Profit Before the Next Bitcoin Decline" by Husdl co-founder and chief investment officer Vishal Karir. The theoretical model of this article spans 2016-2018, which is the stationary period of Bitcoin – the burst period – the recession period . During this time, the author's investment strategy ultimately achieved good positive returns.

I translated the article and reorganized the logic for your reference. I hope this article will help you. I wish you a steady profit and become the king of escape.

A Joe investor called a small investment in bitcoin at the beginning of 2016 at a price of around $400. By the end of the year, Bitcoin had already exceeded $900. By learning the relevant knowledge of Bitcoin technology, Joe believes that Bitcoin is a long-term bullish investment, so he adopts a strategy of making a short-term position.

In the process, bitcoin prices have risen and fallen, but the price of coins has always been stronger than before. Joe chose to continue investing.

The problem with determining historical highs is that you can only make judgments after the fact and it will take a long time.

At first, Bitcoin looked like another normal fall. Bitcoin fell to $12,000 but once again rose back to more than $17,000. This time, Joe thinks he should lock in profits. However, he chose to wait for Bitcoin to return to $19,000, and he ended the two-year investment.

He believes that Bitcoin will quickly resume its price based on the trend of Bitcoin in the past two years. But later, bitcoin fell again and again. At the end of 2018, bitcoin traded between $3,000 and $4,000. Many pessimists predicted that bitcoin might fall to $1,500. Joe listened to the letter and sold the bitcoin.

We can't judge how much Joe earned, or how much it lost, but now Bitcoin is already around $10,000.

Joe believes Bitcoin fluctuations are too big for him and decided to stay away from bitcoin and encryption. But since then, Joe is still concerned about the rise of Bitcoin, but I don't know if I should buy it again.

You see, this is the risk in the long-term investment process. You can't know when to add a position and when to lock in the gains.

Is there any different choice?

It is difficult to accurately grasp the market timing. A few people have succeeded in doing this, but in all fairness, in addition to those who can control the disk, more people rely on luck or so-called beliefs, not skills.

Remember, our beliefs are all from his population, which is very unreliable. Most of us are faced with the investment results of the economic cycle and sentiment.

Let's try another strategy. A strategy that allows us to build positions and make a profit.

Can a scientific strategy do both? Yes, it's actually quite simple. However, this strategy requires us to abandon greed and increase investment discipline.

Replacing greed with discipline can have positive emotional consequences. Make money, and don't have to stay up all night.

The goal is this: increase the bitcoin position by a certain amount of dollars per month (important) , and eliminate random trading .

Our initial bitcoin position is zero, which is the number of bitcoins, in dollars. Our goal is to increase the position of Bitcoin by $1,000 per month, so the target for Bitcoin positions in the first month is $1,000.

The final cash position was -1000 dollars, because we bought gold from the pocket to buy BTC.

Our initial BTC position was 2.7 BTCs bought in January.

The 2.7 bitcoins we purchased in January are now worth $1,179. The initial BTC position is shown in the table below.

The BTC target position for February is $2,000. Remember, our goal is to increase the bitcoin position by $1,000 per month.

Remember, in this strategy, we don't invest a fixed amount every month;

Instead, our goal is to achieve a fixed growth in BTC positions. Since bitcoin prices rose in February, we only need to invest another $821 to achieve the goal of $2,000.

☆ IMPORTANT: If you have not followed these steps, please refer to January and February again, as we will repeat the same process every month and will be fast forward from now on. If you spend some time here, you will have a better understanding of the rest of this article.

Here's a simplified view of the digital flow:

Why are there restrictions on purchase?

It helps us to build a position smoothly. Bitcoin prices can rise or fall sharply in any month , and buying restrictions can ensure that we don't use too much money in any month.

The steps we took in February were repeated in April and May. Then things got interesting, and bitcoin prices rose from $529 in May to $670 at the end of June.

Therefore, our initial position was worth $6,343, which is higher than the target position of $6,000.

Please note that our final cash position increased from $3,968 in May to $3,634 in June. This is the first increase in our cash position.

Buy low and sell high. We buy when the BTC position is below the target and sell it when it is above the target throughout the year. Plus the current year's trading, let us know more about how the strategy works:

We have achieved low buys and high sales , and the range is not small . Our price is 75% higher than the purchase price.

More importantly, we spend less and less money this year, and more and more coins!

We continue to set a monthly portfolio target of $1,000 per month, but this situation has become even more crazy in 2017.

Given the rapid appreciation of bitcoin prices this year, we sold Bitcoin in 11 months of the 12 months. In addition, in addition to January, we reached a sales limit of $1000 per month. Only purchased in March.

Please note that our cash position was positive for the first time in September. This means that our initial investment has already earned ahead of time and has entered our pockets and has continued to increase positive cash positions for the rest of the year. To put it another way:

Since September, we have been playing " continue to make money with the money earned ."

Most Bitcoin and cryptocurrency investors want to forget this year, because this year is really unbearable.

Does the previous strategy still have an effect ? Let's see.

Although bitcoin prices have been falling throughout 2018, we are still ahead of the target and can continue to sell for 11 months in 12 months and improve cash conditions.

By the end of November, the cash position had increased to $14,041. Our bitcoin position finally fell below its target in December, and we bought Bitcoin for the first time in 2018.

But our sales price is still 87% higher than the purchase price .

We have cancelled the initial investment, so these are profits.

Can we keep more profits?

Remember the three main points of our strategy:

Since our focus is on keeping profit, let's try a few changes to Rule 3 and we can try to change the sell limit.

The table below summarizes the results of the different sell limits. Note that rules 1 and 2 (monthly target $1000 and purchase limit $1000) have not changed in all of these tests.

We did not sell at all in this test. A negative cash position of $ -7240 reflects that we have never made a profit. Once we exceeded our target in November 2016, we no longer need to buy or sell any bitcoin again. Our total position (BTC + cash) is $48,277.

We can sell more than $2000 per month. This resulted in an increase in the cash position of $29,817 and a decrease in the bitcoin position. Our total position is $51,839. This proved to be the best performing strategy during the test.

Since we were more aggressive in selling our products, our bitcoin position fell below its target in November 2018 and we started buying again.

Why is that? We are too radical and sold too many bitcoins too early. The cash position quickly rose to $39,181 in February 2018, but then we bought Bitcoin for the rest of the year. The test showed that we had some control over the way we traded before the market began to deteriorate .

My point is to prove that it is beneficial to use a self-disciplined strategy to gradually establish positions in high-risk, high-risk assets such as Bitcoin, and to get some profit in the process.

There are many risks for investors to make decisions in uncertainty, but the future value of assets is almost impossible to estimate.

So my goal is to provide a simple framework to manage a highly volatile investment process.

In addition, by setting goals and buying limits – in our test it is $1,000, but can be any amount.

This strategy also allows you to stop losses in a timely manner. In the case of a return is not positive, give up with a small loss.

For example, if you apply the same strategy to an asset that is spiraling down, you can stop further investment and bear the loss in any month. Then look for another different asset to invest.

It should also be noted that this method is based on the cash standard and is different from the currency standard.

Put your profits in your pockets to sleep better.

Past performance is not a sign of the future. The focus is on understanding the balance between holding and profiting, and bringing better results to the investment.

This article is compiled and compiled by the currency, 哩news, please indicate the source.

Sun Ke of China Information and Communication Technology Academy: Most of blockchain technology and integration are still in an imperfect stage

Mining is a devil! Ukrainian nuclear power plant operators secretly mine and arrested