Game giant EA also wants to enter the blockchain? Maybe not as simple as you think.

As a world-renowned game maker, EA has developed a number of globally popular games such as the Red Alert Series, the FIFA Series, the Need for Speed ​​Series and the Sims Series. There are many loyal fans around the world, and its Twitter official account has nearly 5.5 million followers.

Once the news was sent, it caused a heated discussion. In addition, many cryptocurrency industry insiders also formed a tour group to leave a message under the Twitter.

OK official Twitter launched a picture under it, "Welcome to the cryptocurrency club," and said that we all like EA.

Sun Yuchen also played a marketing game under the tweet. The commentary said: "Look at our game application on the wave field."

Of course, most users are skeptical about the authenticity of the message. The first thought of many people is that the EA account has been stolen, or EA is joking.

In fact, EA knows what it is doing from start to finish, and knows the impact of publishing this message.

Before EA released the "Investment Cryptographic Currency" message, EA turned a game video, and the "crypto" character appeared in the tweet of the video. The video promotes the new hero in EA's competitive game Apex Legends. The new hero's name is "crypto" and the identity is a hacker. 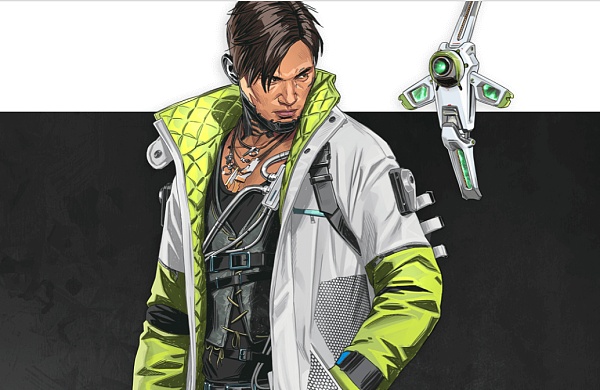 Therefore, it is not difficult to guess that the EA is a marketing campaign to promote the new role of its game. So why attract so many encryption enthusiasts?

"EA is just promoting its games, not really promoting cryptocurrencies. Everyone knows it well. To leave a message below is just an opportunity to do a wave of marketing for your project."

In this wave of carnival, it seems that everyone is a winner.

Will EA really enter the market?

The blockchain of game giants has long been a surprise.

Domestic Tencent and Netease are also actively introducing blockchain elements, whether it is "to catch the demon together" or "reverse the cold", although it can not be called the blockchain game in the true sense, but its layout blockchain The determination of the game is evident.

In the future, when the blockchain technology is gradually maturing and the game market is really open, game makers such as EA and Blizzard will inevitably try to take a slice of it.

LTC; the overall market explores the large-scale descending channel on the upper rail and then walks out of the market, while the short-term wedge finishing is at the end as shown in the figure, plus yesterday's day cycle appears near the resistance of the hammer line form, the figure indicator KD, KDJ appears high top divergence and death Fork, so you need to beware of falling prices in the near future. Reference ideas; 78.00/80.30 resistance area to suppress the market down.

BCH; yesterday's price in the 4H cycle after the upper channel of the upper channel was blocked and the top form was blocked, and the lowest touched around 305. Yesterday, the author prompted 330 to suppress the market and verify the market. At present, the overall operation of the channel is still maintained. In addition, the daily hammer cycle is charged yesterday. It is still not recommended to chase after the high-speed hammer line. Under the pressure of the upper rail, the shock is still falling.

Reference ideas; 330 on the upper rail to suppress the callback market, maintain the internal thinking of the channel. Pay attention to the wind control.

The first thing to do in trading is to control risk, and then to pursue profits on this basis, to improve the ability to deal with subjective awareness and potential conflicts of consciousness. The investment lies in risk control, the profit lies in itself, don’t stop for the loss of the past, don’t The future harvest is caught off guard, and all that is lost will return in another way! More real-time guidance focuses on the same name of the public.

More than the original chain held at Harvard University, the announcement of the 2019 Developer Contest officially launched

Babbitt Value Index: The market value is small, Token has a large difference, and the upward momentum is insufficient.