2018 is the year of cryptocurrency and a year of unfulfilled promises from large institutions. This year, a large number of mainstream media reported bitcoin-related incidents, regulators actively participated in it, and institutional investors were in high spirits; this year, Bitconnect and some “fraud” projects ended.

At the beginning of 2018, the cryptocurrency market received much attention due to its rapid rise. At the end of the year, due to the sharp drop in the price of coins, cryptocurrency once again became the headline of major news media. Some agencies have proposed several proposals to the US Securities and Exchange Commission (SEC), hoping to obtain approval from exchange-traded funds (ETFs), but these are in vain. Institutional investors promised to intervene and change the status quo of the entire market, but their efforts were not approved by the regulator until the end of the year, the relevant products did not complete the debut.

Everything, starting with Bakkt

Bakkt – an institutional investor, the cryptocurrency venture capital firm of Intercontinental Exchange. The company announced the launch of Bitcoin futures in mid-2018 and said it is a fully regulated bitcoin physical settlement futures product. Once the news was announced, it caused a sensation in a short time. A number of investors said that Bakkt will have a huge impact on the bitcoin market, especially on the price of bitcoin.

Why is Bakkt sought after by the market? Because its parent company, the Intercontinental Exchange, has established itself in the head of traditional financial markets.

The US company, led by Jeffrey Sprecher, owns and operates 12 regulated exchanges, including the New York Stock Exchange. In addition, the company is also responsible for operating the operations of six clearing houses. Now, the company is beginning to get involved in the cryptocurrency sector and will change the way the entire market is regulated.

CoinGecko co-founder Bobby Ong told AMBCrypto that in the long run, Bakk will have a positive impact on the bitcoin and bitcoin markets:

I think that Bakkt is allowed to provide physical settlement of bitcoin futures, which is very good news for the whole industry! This provides a new way for more organizations to participate and get the actual delivery of Bitcoin. At the same time, a regulated market is a better choice for players who do not want to trade on unregulated futures exchanges. But it's hard to say how it will affect the price movement of cryptocurrencies, because prices are determined by many factors. But in the long run, Bakkt is definitely good for the development of the industry.

One aspect of Bakkt's huge impact on Bitcoin is its pricing power for Bitcoin. The platform made it clear that they would not use the price of the spot market, but instead use the trading price of their platform.

For something as exciting as Bitcoin, the concept of 'price discovery' may sound unremarkable. However, credible price formation is an essential part of the future of digital currencies.

When talking about Bakkt and about the manipulation of the bitcoin market and the community's reaction to it, eToro senior market analyst Mati Greenspan said:

I think that, like any other regulated market, we should be able to rely more on data. There have been many speculations about Bakkt's cryptocurrency market. The launch of Bakkt Bitcoin Futures has great potential for large investors to trade Bitcoin.

Importantly, this move will help address the main concerns of regulators – market manipulation issues. For this reason, the US Securities and Exchange Commission has repeatedly rejected Bitcoin ETF applications from multiple agencies. In addition, Bakkt will also play a key role in introducing regulation.

Bakkt's highly anticipated listing this month paved the way for bitcoin leveraged trading through the US Commodity Futures Commission's (CFTC) registered entity, while it also receives settlement assets through a regulated trust company. Unlike cash-settled futures contracts, Bakkt's contracts have led to regulatory coordination between the state's federal and state regulatory environments: trading contracts are at the federal level, and custody contracts are at the state level.

For organizations seeking SEC revision rules, Bakkt's entry is crucial. Some believe that other regulated exchanges are likely to refer to bitcoin prices on Bakkt to create a market that is trustworthy and transparent. However, Shipkevich holds the opposite view:

It is hard to say whether the launch of Bakkt will have a direct impact on the Securities and Exchange Commission, thus changing its previous rejection. We are dealing with different types of products and services here. Of course, although the US Commodity Futures Commission has given the exchange a green light, this does not mean that the Securities and Exchange Commission will agree to the Bitcoin ETF application.

The platform will also change another key area of ​​the bitcoin market – storage.

For a long time, this has been a problem in the field of cryptocurrency, and reports of hacking and theft have frequently made headlines. Bakkt announced that it has been approved by the New York State Financial Services Authority to provide hosting services to its clients. In addition, user-hosted Bitcoin will be protected by a $125 million policy.

Bakkt has supported the bitcoin recharge business since September 6. Although many people in the cryptocurrency field may think this is a good move, it may be a huge catalyst for institutional investors to enter the market, we need to wait and see, and I am cautiously optimistic about this.

Currently Bitcoin's unconfirmed transaction on the whole network is 6305 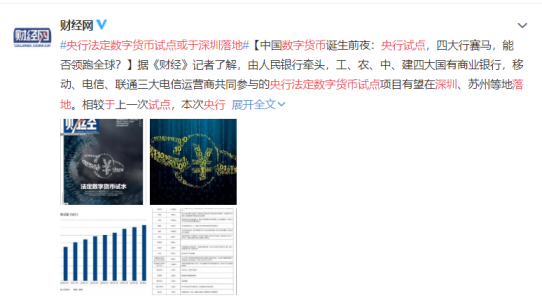 Wang Yongqin of Fudan University: Risk monitoring of borrowing enterprises can be realized by means of artificial intelligence and blockchain technology

Analyst: The total market value of the cryptocurrency market will reach $225 billion