The most important thing about the Virginia encryption method mentioned before is: the key. This key can be a phrase, a sentence, an article symbol of the same length as the original text, or a random number. However, the key is not easy to use, it takes time, and the key is short and easy to be cracked.

At this time, a machine emerged, no longer using human resources to encrypt information, indicating that the encryption algorithm entered the era of electrification, and then according to the same principle, with the invention of the computer, it soon entered the era of computer electronics.

The world's first Enigma machine was created by the German inventors Xue Biwusi and Ritter.

Machine encryption is mainly three steps: 1. Enter the original text using the keyboard equipped with the machine; 2. There is an encoder to encrypt the original text; 3. There is a display device (display panel) to present the encrypted information.

The second one is the key, and there is no technical content in the input and display. The encoder is a bunch of gears, or a gear-type letter plate. 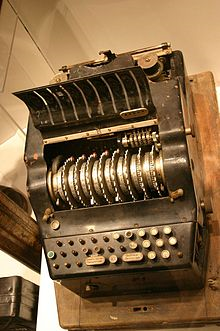 The letter plate is turned on by the wire and the input keyboard and the output display panel. Thus the original text is encrypted and becomes ciphertext.

Each time a letter is struck, the gear will turn to the back, and the line that turns the wire changes, and the result of the encryption is different.

So, every time you press the encrypted key, it changes. The same letter, entered twice before and after, the ciphertext is different. The gear can correspond to English letters. At the beginning, it is six grids. There is no accident. If you feel that it is not enough, you will add it to 26 grids. It is also the number of English letters. Then add a few more gears. One gear is The possible keys in 26, the two, that is 26 times 26, in the above picture, you can see that there are eight gears, which is the 8th power box of 26, what is it? 2 x 10^11=208.8 billion is more than 200 billion sets. When you go to crack, the difficulty is a bit high.

As long as the person who accepts the letter agrees, the initial positions of these gears can be decrypted in order, so it is convenient, taking into account efficiency and safety.

In the First World War (1914-1918), there was a story of the British cracking the German code, and because the United States participated in the battle. The role of cryptography is so great that it is equivalent to the United States participating in the war. This story is told in many places. I will not start it here. Although it is very interesting, you can search for "cryptography in World War I". You can search. A lot of relevant information is available for reading.

Of course, the German Empire did not know at the time, so did not care about this after the defeat.

Around 1920 (accurately speaking, 1918), Xue Biwusi built the first generation of Enigma machines, the peak of classical cryptography. But can't sell it, why? Because there was a problem with the sales strategy at the time.

Do you think you can sell it? I open a company, in order to protect the company's trade secrets, buy a few tens of kilograms of machine, spend tens of thousands of dollars, and then, in order to prevent the company's secret leaks, so much money, recruiting several security guards may be more secure Way, or add a camera and scanner.

Xue Biwusi also tried to find the German army and the foreign ministry, but at that time, the Germans did not realize that there was any problem with their cryptography technology. They felt that they were similar to the French and the British. There is no need to spend money to buy this. device. 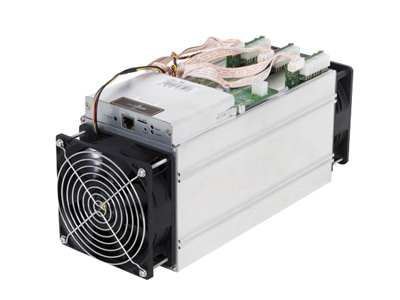 First, after the mining machine is limited, decryption; Enige code machine is encrypted (including decryption);

Third, there are more than one manufacturer, but in the end they have become few and even one;

Fourth, the doubling of sales is due to some accidental events.

The first and second articles have already been explained.

Looking at the third article, Xue Biwusi is not the only manufacturer. At that time, there were manufacturers in the United States, the Netherlands, and Sweden, but this equipment was manufactured in addition to encryption. It is just like Bitcoin mining machines, except for bitcoin. No other use, the production of a server can not be an Internet cafe, get some cash flow, mining machine can not.

The cost is very high, so many manufacturers can not sell, bankrupt, and because of the arrears in prison, and Xue Biwusi can sell Sprite to make money, wrong, can sell turbines, pillows, etc., because Xue Bi The Woos people have a thick family, a large factory, and a lot of things to produce. This gives the entrepreneurs a big hint. When the main business does not make money, it is most important to engage in sideline activities, just like Ma Yun is a translation agency. The company does not make money. He sells and sells small commodities and can live. Xue Biwusi just continued to support it, just like the bit of the mainland in the past , and the next industry cycle suddenly broke out.

The fourth article is even more interesting. Originally, after the First World War, the world was peaceful, the army did not need Enigma machines, and the company did not use it. At this time, someone came out to help God. This person is Churchill, the future prime minister. In 1922, in 1923, Mr. Churchill had almost no success in the campaign. At that time, he was the Minister of the Army. In 1924, he became the Chancellor of the Exchequer. The Chancellor of the Exchequer was an important post after the Prime Minister.

In 1923 , when Churchill happened to be unsatisfactory, he was a man who relied on writing articles to maintain a luxurious life. In that year, he published a message in a British newspaper, boasting of British cryptography achievements, and when he was in World War I, How to crack the German news, pitted a German thing to write out; of course, the British military also released relevant news .

This information is like the bull market of Bitcoin. "A big Yangxian line, thousands of troops are coming to see each other." If Bitcoin is now up to 50,000 US dollars, the Bitcoin mining machine is absolutely very good to sell. The mine owner also calls it. For the big gold master. When the German military saw the news, it was full of shame, just like a girl who heard her ex-boyfriend publicly boast about how to play with her.

Under the strong sense of shame and crisis, the German military found Xue Biwusi, who had written to them to sell Enigma machines, and began to order this magical encryption machine in large quantities. Around 1925, the German army in peacetime began to be equipped with Enigma machines. By the end of the Second World War (1939-1945), Xue Biwusi sold more than 100,000 Enigma machines. Twenty years of sales, at least 18 billion, even if the price adjustment, sales equivalent to today's 10 billion.

The story of business and the story of war are always repeated, and the process and method of deciphering the Enigma machine was not made public until the 1970s. At that time, Germany in the late World War II was the same as during the First World War. The British (or the Allied side) cracked the Enigma machine in the latter part of the war but did not say "sneak into the village, not to shoot." Was put together again.

Wilshire Phoenix CEO: The current demand for U.S. citizens to withdraw cash or stimulate the development of the crypto industry 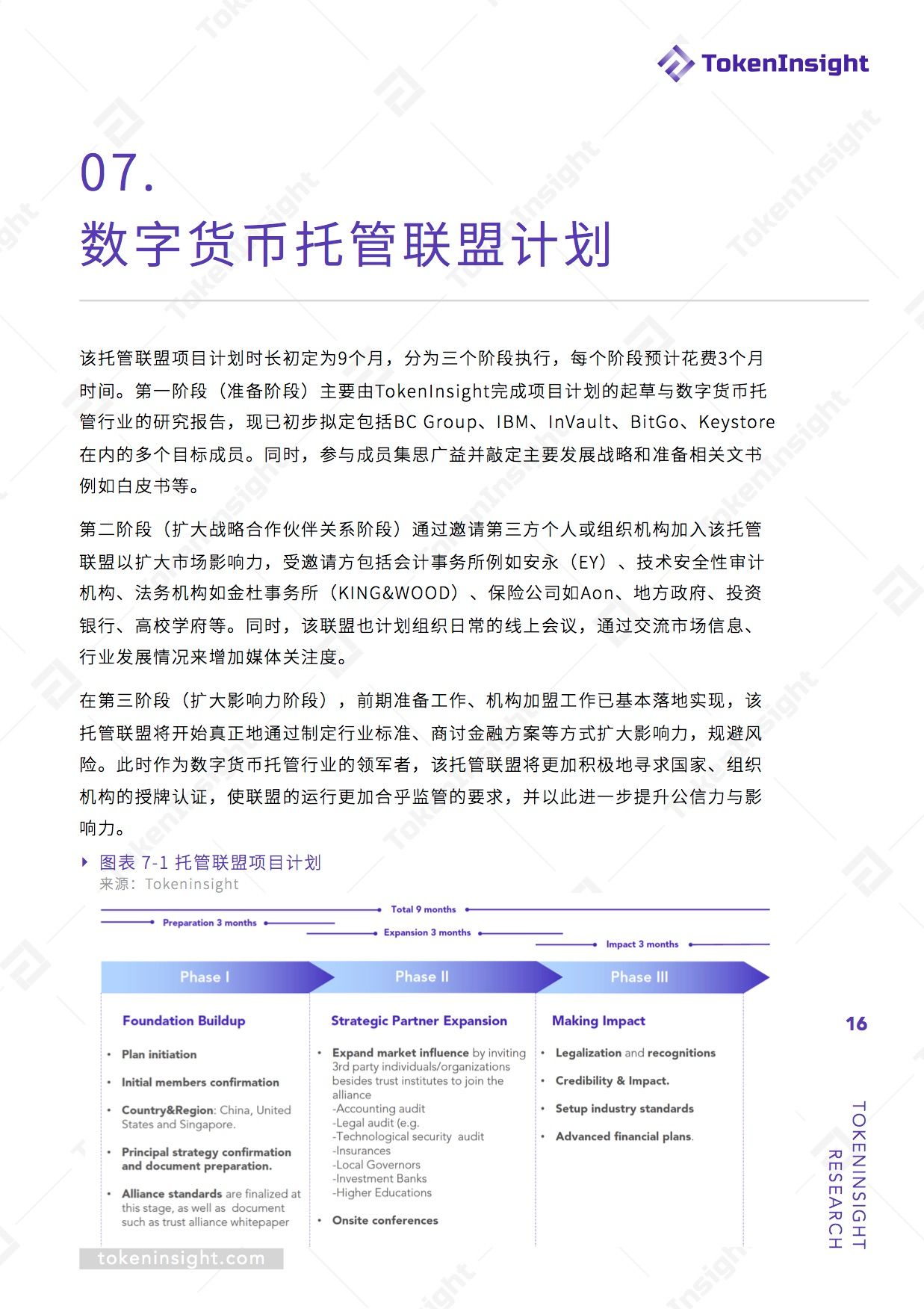 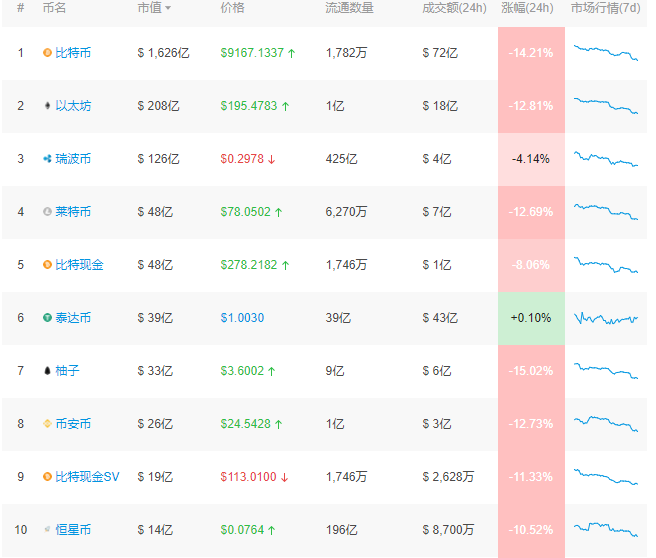