Hess Peirce, a US Securities and Exchange Commission (SEC) commissioner, is not a typical government official. She is a liberal regulator and her friendly attitude towards digital currency has earned her the title of “encrypted mother”.

But Peirce is also not a typical encryption enthusiast. One example is that she doesn't like the word "ecosystem" – and this is probably one of the most used buzzwords in the blockchain world. Peirce said:

“I think people use this word when they don’t know what they want to say.”

Earlier this summer, Peirce visited Singapore and one of the goals of the trip was to learn more about the encryption environment there. When asked about "how Singapore compares with the United States," she said:

“In Singapore, regulators are much more open and they often try to deal with people in the community.”

This matter is long. The future of encryption technology may be in Asia, not the United States. Asia is already a key location for cryptocurrency exchanges, mining and retail investors. Some parts of Asia also have regulatory advantages, and cryptocurrency talent and investment will flow to countries with clear and friendly regulatory rules.

Today, most of the activities are taking place in Singapore. In August last year, Singapore carried out more ICOs than the United States. According to Robert W. Greene, a researcher at the Singapore University of Social Sciences, more than 40% of the smart contract platform projects for token sales from 2017 to 2018 were conducted in Singapore. Greene says this is largely due to Singapore's acceptance of public digital token sales, while other jurisdictions do not provide such an environment. ICO, a popular financing method for cryptocurrency startups, is now fleeing the United States. This move may be correct for encrypted start-ups.

On the other hand, Singapore “is providing transparency in a way that we (the United States) have not yet done. This way, if it is not a real issue of securities, you don’t have to do some securities issuance all the time.” About Singapore vs. Digital Currency Policy information can be found in the Payment Services Act and Guide to Digital Token Offerings.

“What we really want to achieve is a world where ICO offers functional tokens or payment tokens,” says Peirce.

“I think Singapore thinks more about these issues than we do. If you want to achieve this, I am not sure if you can apply the securities law framework in the way we have always been.”

It’s not just Singapore. Peirce noted that governments in other Asian countries are also looking at this area from a very pragmatic perspective. They see cryptocurrencies as opportunities, not threats. The focus is not on regulation, but on:

“Can we implement this technology?”

The United States has sent a less friendly message. US President Donald J. Trump said in his first tweet about Bitcoin, "I am not a fan of Bitcoin and other cryptocurrencies, they are not currencies, and their value fluctuates greatly. And it comes out of thin air. Unregulated crypto assets can promote illegal behavior, including drug trafficking and other illegal activities."

Peirce's friendly attitude towards cryptocurrencies does not necessarily represent the SEC. Last year, SEC Chairman Jay Clayton said that every ICO he has seen is a security. The SEC also rejected the Winklevoss brothers' Bitcoin ETF application, which was publicly opposed by Peirce.

The SEC's concerns about the ETF are mainly focused on the value of Bitcoin as an investment. Peirce believes that investors should be allowed to make their own judgments.

People have various concerns about ETFs. “I think hosting is a big problem right now,” Peirce said. “This is hosting, market manipulation, and more general price issues.” When asked, “ETF is approved (or EpP, what E-mail is trading in Peirce) ) Is there any hope?" She said frankly:

"I always have hope for this."

As for ICO, Peirce said the SEC has taken a series of enforcement actions, some of which are based on fraud. “Our potential law enforcement agenda has many rules. Our rules are really complicated, and some people’s actions will always conflict with them. So we must think: resources are limited, how do we use them? We are always involved in ourselves. Make any judgment in any field."

When asked, “How will the SEC deal with Facebook's new cryptocurrency Libra?”, Peirce said:

“I haven’t talked to Facebook personally. Considering that we have a short white paper and a hearing in Congress, I think what they are doing and where it might affect the securities law. There will be a lot of problems at the time. It is too early to draw conclusions, but there are some ways to release Libra."

"I don't want to lose this generation of talent"

The problem in the United States is not that encryption management is too strict, but that it is not clear enough. Peirce said:

“I think the main problem is clarity, because most people I talked to have said, 'Just tell us what the regulatory framework is, we will work in it.'”

Some regulators are regulating cryptocurrencies, while some regulations vary from state to state, and it is difficult to distinguish between securities tokens and functional tokens. One way to determine this is through the Howey Test, but there are multiple ways to interpret it. Earlier this year, the SEC issued guidance on the Howard test, which Peirce said “may raise more questions and concerns than give an answer.”

Odaily Planet Daily Note: Howey Test is a standard used by the US Supreme Court in a 1946 SEC v. Howey to determine whether a particular transaction constitutes a securities issue. If it is deemed to be a security, it is subject to the US Securities Act of 1933 and the Securities Exchange Act of 1934.

The Howe test needs to consider four factors, but the SEC framework has 38 considerations, many of which also include sub-factors. “I am worried that non-lawyers and lawyers who are not proficient in securities laws and their related knowledge will not know how to interpret this guide,” Peirce said.

Encrypted startups may inadvertently violate US rules. Who is willing to take this risk? "People and companies in the industry must comply with our securities laws, otherwise they may be the subject of enforcement actions," Peirce said.

"Therefore, as a regulatory body, we have a responsibility to provide clear guidance on how the public can comply with the law. But we have not fulfilled this responsibility."

If the United States lags behind in encryption, will it have a big impact? In this regard, Peirce gives his own opinion:

“I have contacted people working in this field and found that many people are very smart, diligent and dedicated. I don’t want to lose this whole generation. I don’t want to see all the talents who think in this way in a new way. one country."

“It’s great to see that innovation is everywhere in the world, but at the same time, there are such a group of very smart and hard-working people in the United States, and our economy and society benefit from it. So I don’t want to drive these people overseas. Go," said Peirce.

One solution she is considering is to provide a “safe harbor” for the sale and distribution of certain tokens. “This basically means that if you are doing X, Y and Z and providing this information to people, we will not let you comply with all securities laws,” explains Peirce.

On the surface, Peirce is a contradictory figure. She is a liberal regulator, but also a government official – although she supports a currency that is designed to be independent of the government. However, Peirce does not necessarily see these as contradictions. She said she was influenced by the economist Friedrich Hayek: "He appreciates the fact that society is made up of individuals, each with unique talents and knowledge." Encrypted currencies can help achieve these ideas. Or, as Peirce puts it, “the idea of ​​decentralization does capture a view that their knowledge is spread through society.”

Another economic theory that affects her is public choice and “thinking about the limitations of government solutions.”

“No matter who you are, no matter what your limitations are, everyone can contribute to society. I am concerned about a society that allows people to unlock their inner potential, live a fulfilling life, and be able to work for others. Service. This is where the capital market regulators excite me, because I think I can be part of the power to unlock this potential."

“Regulators usually don’t work this way.” Peirce acknowledges this. But when someone says that her judgment is better than others, she will respond, "I am not sure, because that person knows what I don't know."

Some people will say that bitcoin is not controlled by any central bank and will endanger the government. But Peirce thinks cryptocurrencies like Bitcoin are looking for new solutions.

She said: "The practice of decentralization is that when people see a problem in society, they will think of a solution. The Bitcoin white paper is released following the financial crisis, people will think: we have seen obvious existence. The question, is there a way to better solve these problems?"

“I think it’s a wonderful thing when people get together in society to discuss and think about the most effective way to solve problems. This may be the government, maybe not,” she said.

"So I don't feel threatened. I think this is an important thing for regulators to realize. We have our own positioning, but not necessarily on behalf of everything."

This article comes from LongHash , the original author: Emily Parker

Blockchain and the traditional financial… 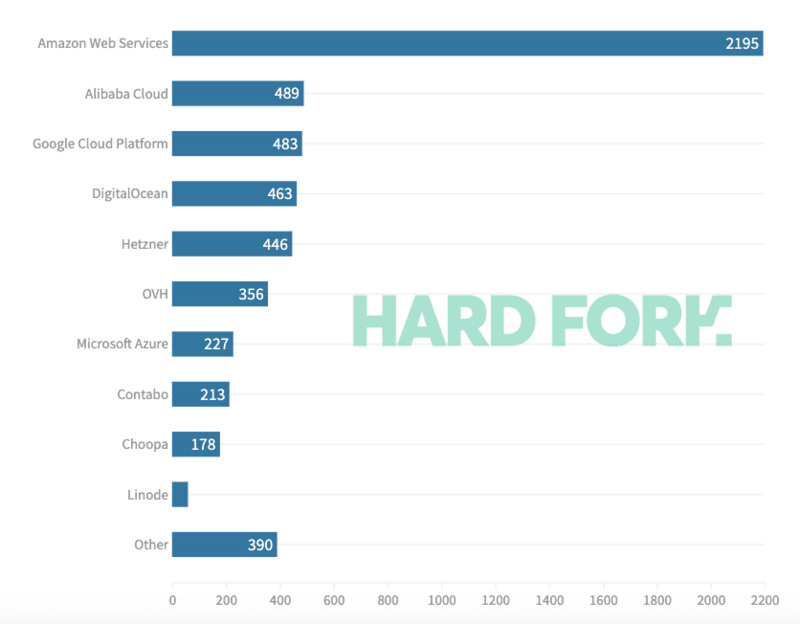 One-quarter of the nodes are…

Fighting against the US SEC?…

BM responded to questions about ICO: B1 only sells a product at market price, which has now increased by 50%.