On September 18th, the 2019 Shanghai Blockchain International Week hosted by Wanxiang Blockchain Lab: The 5th Global Summit of Blockchains was successfully concluded. With the theme of “New Beginning of the New Decade”, the summit attracted thousands of participants, many leaders from around the world, and dozens of industry activities around the world.

At the summit, Wanxiang Blockchain announced a strategic cooperation with Karma Automobile to jointly promote the exploration, innovation and landing of the combination of emerging technology and physical industry. Dr. Zou Chuanwei, the chief economist of Wanxiang Blockchain & PlatON, also preached the "White Paper on Distributed Economy" and published a proposal for the design of blockchain economic mechanism.

The following is the full text of the speech, compiled from the site shorthand, some of which do not affect the original intention of the deletion. Taking advantage of the privileges of the organizers, my last speech was mainly to say thank you to all the guests who have persisted in the present. Thank you all, these two days have worked hard!

This year is more than the guests who stayed last year. I know it is not because of me. Because I was the last one last year, mainly because of Vitalik (live laugh).

This year, I want to share with you that some of my personal thoughts caused by Libra are not to comment on Libra.

Most people evaluate Libra from a currency perspective. Some people say that it is a currency. Some people say no, is it true? I think that it is not only the sovereign government that can issue currency. From the perspective of credit endorsement, there have been three types of issuers endorsing currency credits over the past few thousand years, or issuing money by credit endorsement.

(2) Cross sovereign currency. This is a currency issued under multiple sovereign credit endorsements, such as Libra, which may be issued next year. Libra has stated that it will be issued as a reserve currency with short-term investment instruments of the national currency or sovereign government (organization) of four sovereign countries (organizations).

(3) Non-sovereign credit endorsement currency, which is also the oldest. Such as gold, bitcoin, etc., as well as the stable currency DAI (Editor's Note: Maker DAO's stable currency) issued by digital assets as Qualified by Vitalik.

Whether it is Libra, Bitcoin or DAI, from the perspective of credit endorsement, there is no innovation. This of course is not to devalue Libra or Bitcoin, but nothing new under the sun. We do not have to worry, the shape and function of money have been changing.

Second, the issuance of digital currency.

In fact, there are usually three main types of entities that issue digital currency:

(3) Central Bank. The People's Bank of China already has a clear road map, and the European government has also indicated that it wants to reject Libra and issue digital currency based on the EU region.

In summary, perhaps the most appropriate way to issue digital currency is to create technical geeks, private institutions to explore, and finally to be issued by the central bank.

Third, the use of digital currency.

Cash is absolutely legal, but the bank currency is not. In the United States, the deposit insurance limit before 2008 was $100,000, and after the financial turmoil it was $250,000. Therefore, it is safer to use 100% of assets like Libra as a mortgage. But if the reserve is 100% in the presence of the central bank, it is perfect, and if it is managed by a third-party market, it will be flawed. Because there will definitely be risks.

In the past, Dr. Zou Chuanwei also said that digital currency is a very special currency, not a universal currency, and cannot be used to solve all the common functions of the currency. It must be a currency that is combined with the scenario, specific needs, and specific uses.

Why is there Internet payment, not a bank service? Quite simply, two people buying and selling on the Internet, if using a bank transaction, may take three to four steps to complete the payment. And the customer conversion rate on the Internet will fall from 80% to 2% in more than three steps. If there are so many purchases that cannot be achieved because of the cumbersome payment, transaction, and payment processes, then the e-commerce is not commercially viable. Payment must be combined with the scene, and it must be done on-demand at any time and anywhere, and the Internet e-commerce can be made.

Similarly, the promotion of central bank digital currency may also be in trouble if it is not done with commercial organizations that can combine scenarios and traffic with customer needs. 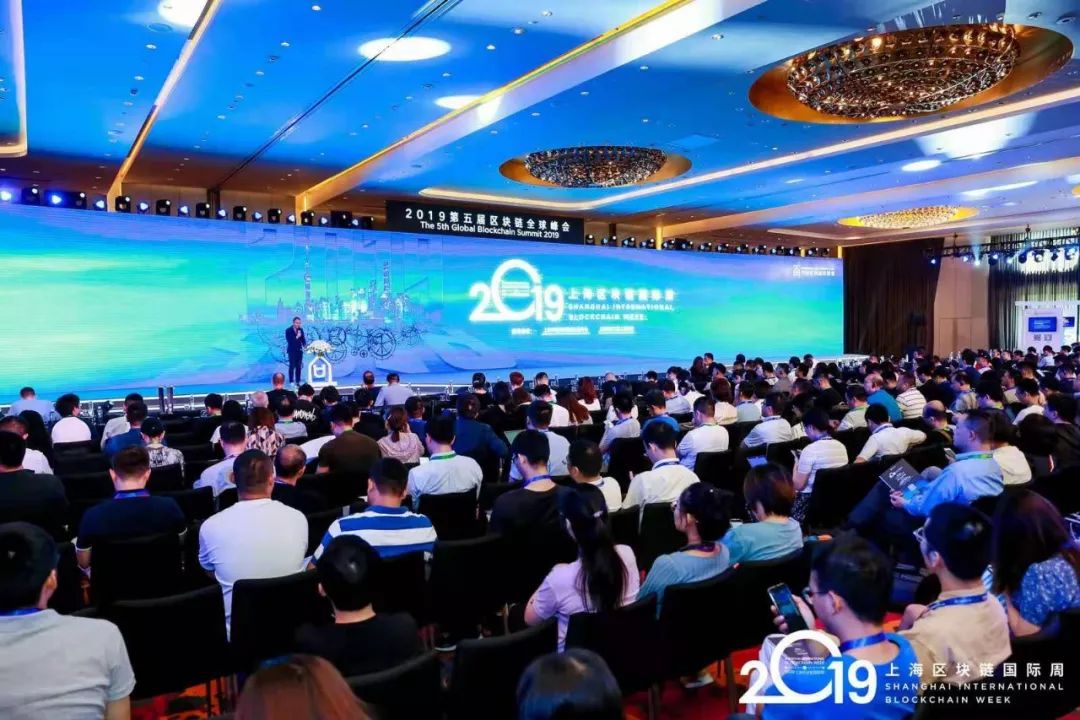 Banknotes are the first major reform and innovation in personal payment systems. Personal payment is very inconvenient before the banknotes appear, especially cross-regional payments. If you want to ship the silver dollar from Shanghai to Beijing, you need to go through the darts and push the car to take the horse. It is much more convenient after you have the banknotes.

Banknotes appear as a more convenient form of money, which is actually related to the development of science and technology: papermaking and printing in the Song Dynasty are mature enough. It is the continuous development of technology that meets the demand for lower cost and higher efficiency.

The third generation personal payment system is Alipay and WeChat payment. This is an internet wallet-based mobile payment system. In the Internet scenario, the payment service of the bank account has been unable to meet and solve the real-time peer-to-peer payment demand, so Internet payment was born. The bank card does not complete the transaction directly with the customer, but is done through the internet wallet.

It can be seen that in the four generations of payment systems, except for the second generation, which uses bank accounts and payment networks directly, banks are hidden behind the back end. The concept of open banking has long existed.

Banks are not without a role under the new technology, but will hide behind, export account capabilities, payment capabilities, etc. through the API, or use a set of banking systems to support other customers.

These digital technologies have three characteristics : Across time and space. The data naturally has a penetrating instinct. Data circulation is borderless, across time and space. At the same time, the data has a penetrating type, the vertical can penetrate the market level , the transaction becomes point-to-point, the intermediary between the buyer and the seller is no longer needed, and the horizontal can shorten the industrial chain .

Because of the point-to-point, transaction settlement must be in real time. Shopping with a bank card to the mall is not a peer-to-peer transaction, because it takes time for the merchant to receive the money. But no problem, because the bank did a credit guarantee. But what if there is no intermediary guarantee like a bank? Then it must be settled. The blockchain is the network where transactions, clearing, and settlement are completed simultaneously. The characteristics of digital technology have enabled digital finance to remove intermediate links. Core features are point-to-point payment clearing and non-guaranteed transaction settlement. Blockchain and digital currency are the best technical solutions to meet these needs. 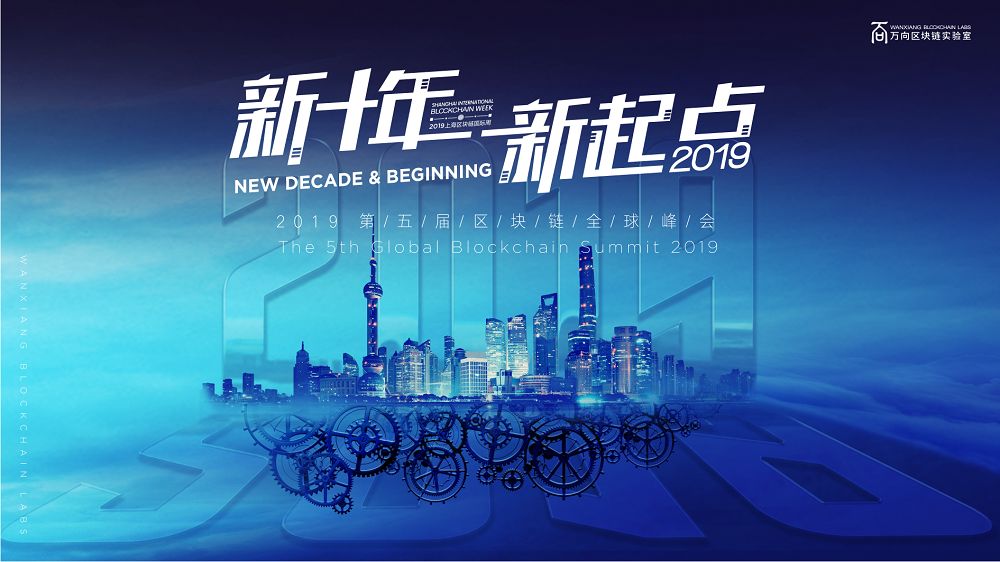 Any new application based on disruptive technology has traditionally had two routes.

Route 2: Think of new technology as a system for refactoring the underlying logic of business.

There are many cases. For example, a few years ago, when Internet companies talked about "financial technology," many people in the traditional financial industry liked to talk about "technical finance," which is a tool used to improve existing business models. The "financial technology" is to use the Internet and digital technology to reconstruct the underlying logic of finance.

Why does Libra adopt the "association" structure? Why doesn't Facebook control it? It is also based on the technical characteristics of the blockchain. If Facebook builds Libra on its own, it's likely that no one will use it because it's hard to trust.

The previous is about the characteristics of digital technology, making the decentralization of business activities an inevitable trend. Now let's talk about the development of business. There are two points:

2. Economic digitalization. When data is aggregated to a certain extent, circulation is basically across time and space. This makes the financial payment needs of many commercial activities on the go. The payment clearing service that can not meet the needs of virtualization can be eliminated by the market. The best case is the comparison of NFC's near-field payments and scan-code payments supported by Internet companies.

Therefore, the new life needs, business needs, and financial needs brought about by new technologies must be met by a distributed, decentralized approach.

Blockchain block rewards, whether it is a 10 minute reward or a 1 second reward, are actually paid for those who have worked for the blockchain for the 10 minutes or 1 second.

I have read a document that about 34% of people in the United States do odd jobs, are not affiliated with any business, and are not employed by anyone. Instead, they provide services to everyone through the Internet. The best way to calculate the salary of a part-time job is to pay by time. If the mechanism of blockchain labor compensation can be used well, the zero-cut economy can be realized globally. For example, people who hire Brazil in China work for you, do not need an intermediary, and have a zero coefficient of friction. What a good piece? thing.

This reminds me of Mr. Ma Yun, the founder of Alibaba, who said “customer first, employee second, shareholder third”, which is a distributed economic concept in the simple sense. Not long ago, nearly 200 famous American entrepreneurs of the American Business Roundtable issued a new corporate manager mission – "Enterprises cannot maximize the interests of shareholders." The maximization of social welfare means that the welfare of all parties involved in all enterprises should be inspiring and compatible, and not only highlight one of them, especially the maximization of shareholders' interests. The blockchain is incentive-compatible for stakeholders, not one of them. Both Bitcoin and Ethereum have no shareholders and all participants can be motivated.

The old problem of “incentive compatibility” in economics has been best solved in the blockchain. Yesterday someone asked me how to value the public chain. I explained that the valuation of the public chain is completely different from the valuation of PE. When talking about the company's valuation in VC mode, if you value 100 million US dollars, I am willing to take 10% of the shares to finance, and the remaining 90 million US dollars is the founding team, this is only to discuss the company's valuation at the shareholder level. It is a matter between shareholders and investors. When the blockchain project had a valuation of $100 million, the founding team stayed 20%, the foundation stayed 20%, the development incentives, the eco fund remained 20%, and another 20% privately offered to other investors. This $100 million is distributed to all stakeholders involved in the blockchain, not just shareholders. This truly achieves incentive compatibility and will bring "Pareto optimality" in an infinite loop game.

This is some thoughts caused by Libra. Thank you all, thank you again for attending today's summit! (End of the article)