Recently, “ Google’s claim that it has achieved quantum hegemony ” has been screened in various media.

In the paper, Google researchers said that Google's processor can complete the calculation that the current world's number one supercomputer Summit needs 10,000 years to complete in 3 minutes and 20 seconds. 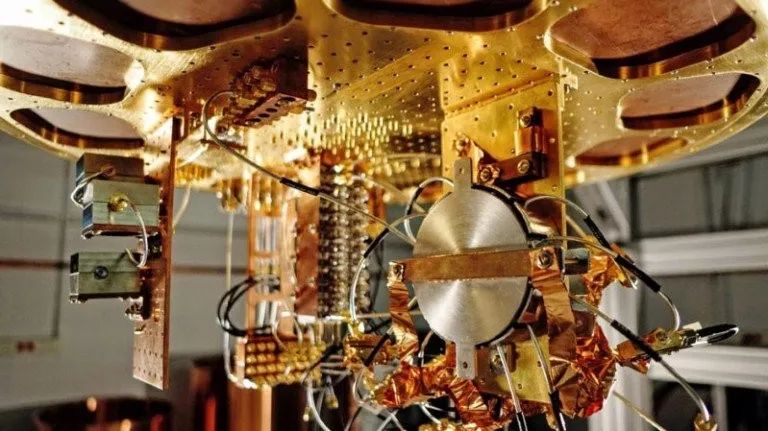 This has caused a lot of concerns about the holders of encryption assets. Is it worried that the encryption assets such as Bitcoin are still safe and will they be easily cracked by quantum computers?

Let's start with the conclusion: At least at this stage, you don't need to worry, even if the general-purpose quantum computer appears on a large scale, bitcoin will not necessarily be "killed."

Next, let's talk about the related reasons.

Even if the quantum computer is powerful enough, there are ways to protect your bitcoin security: use only one-time bitcoin address at a time.

I would like to thank Nakamoto for not designing the bitcoin directly as the receiving address of the bitcoin. SHA256 encryption is performed between the public key of Bitcoin and the corresponding address, but there is currently no algorithm that can effectively crack SHA256.

For example, if Dabai needs to transfer 1BTC to Xiaohe, and there is 3BTC in Dabai's wallet address, as long as the transfer is made, set the bitcoin's change address to a brand new bitcoin address with its own private key. . In this way, when the transfer is made, 1BTC enters the address of Xiaohei, and the 2BTC that has changed to enter the new address of Dabai. Regarding Bitcoin's change mechanism and UTXO model, you can read the tweet before the vernacular blockchain " No UXTO, Bitcoin or can't run so stable for 10 years ."

When querying this transaction on the blockchain browser, you can see the address and the corresponding public key, the address of the black address, and the new address of the change. Since the transfer address is discarded when it is used up, there is no BTC in it, so even if you see the public key, it is okay to use a quantum computer to crack the private key.

As for the exposed black collection address and the new address for change, the quantum computer is safe because it lacks an algorithm to effectively crack SHA256 and cannot crack the public key through the address.

Will the quantum computer have an impact on bitcoin mining?

However, quantum computers only do a significant reduction in computing time, and it takes time to calculate.

It should be noted that the above discussion is based on the premise that "quantum computers are very mature and cheap."

The magic algorithm is one foot high and the road height is one foot. While the quantum computer is moving forward, the encryption algorithm will continue to improve.

Unlike other encryption methods, quantum encryption uses not only mathematics, but also quantum theory in physics. Quantum computers are also likely to be impossible to crack, because if they are cracked, they violate the basic principles of quantum mechanics.

After reading this article, are you still worried about the encryption assets in your hand? Feel free to share your opinion in the message area.

Analysis: The launch of Bakkt will bring good news to the bitcoin market and regulation