Quote analysis: Changyin has emerged, short power is beyond imagination

People like to look for reasons after the fall. In fact, there is no obvious negative in the market. It is just that the market has once again formed a consensus-down expectation. In yesterday's analysis, we mentioned that the market decline may be too fast for you to lighten up. All currencies have fallen almost completely, and the USDT premium rate has risen markedly. In fact, the decline in the market has long been a clue. The leading players in this round of oversold rebound are all squatting. According to normal logic, there will be at least a certain extent. Follow, but no, and the faucet of the rebound is not good, so it is doomed that the rebound can not go too high, in this case, when the last power is exhausted, it will inevitably lead to resonance, and then there will be a large area of ​​decline. . This wave of decline is very large, the mainstream currency has almost hit a new low, which shows that the market still depends on the face of BTC, the other is not good, then how will BTC go next?

BTC's Changyin led the overall market down, forming a terrible resonance effect, hitting a minimum of $7,700, which is only one step away from the support of US$7200-7500 given before. The next thing to watch is the target today. Is it running in the front of this Yinxian line or re-innovation and low down? If it can stabilize above $7,200, it will confirm whether the $9000 is a valid break, but no matter what the trend, you should be cautious. The decline is obviously not over yet, and there is only a small amount of counter-pumping. You can play, don’t be heavy, and take risks as a whole. 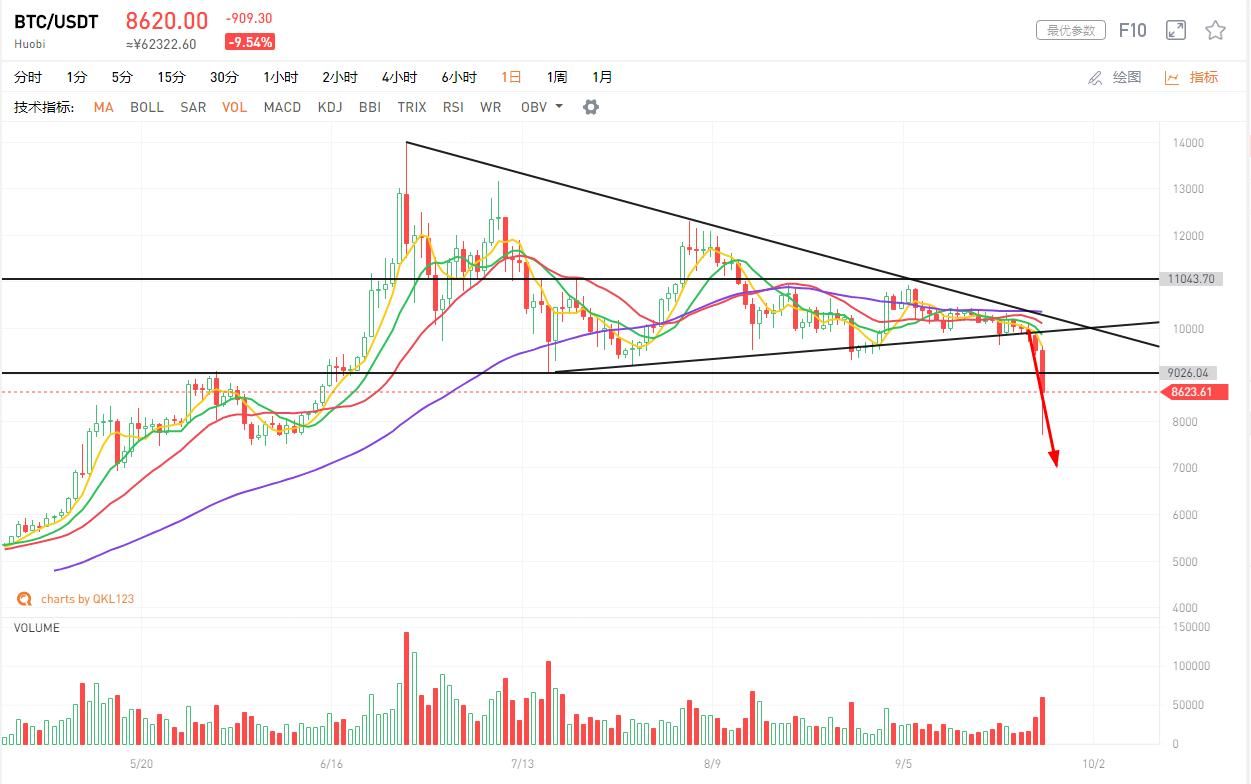 Yesterday we mentioned in the analysis that it is okay to simply look at the trend of ETH, but the final trend depends on the face of BTC. In the face of absolute strength, all the bells and whistles are useless. We saw that the target released a band. The amount of giant yin, the decline is significantly larger than the BTC, and created a new high since the adjustment, this round of rebound has not changed the trend of decline, in the place of 150 dollars is obviously not the bottom, of course, there will be resistance in this place However, the intensity will not be too strong, and once again, it is a high probability to pay attention to risks. 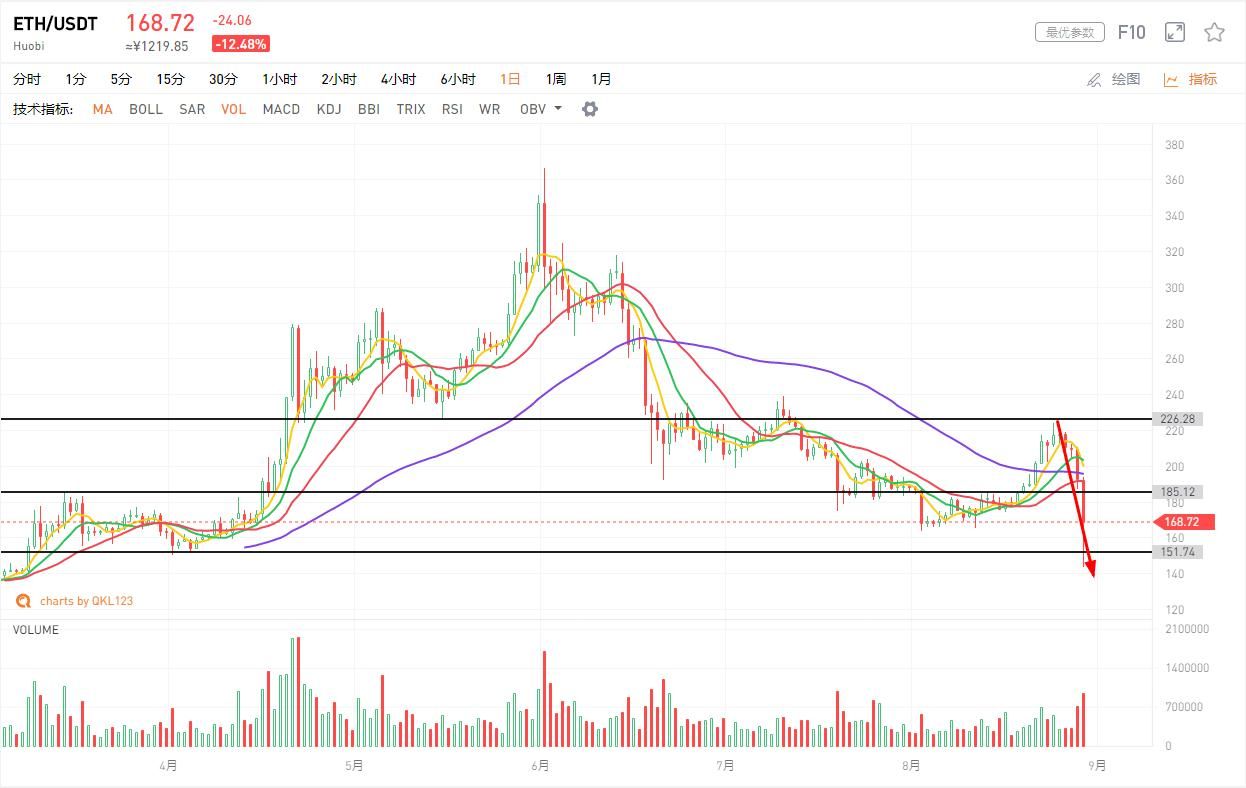 The trend of EOS is similar to that of ETH. Yesterday, it was mentioned that the target may have a double bottom. The target directly penetrated the bottom of the previous period, and the volume of the volume also released a small amount. In the short term, it may not be able to stop falling. The support of the target At around $2.2, there may be resistance at this point, but the rebound will not exceed $3 to prevent risk.

FCoin community interim committee member: FMex may be the first to restart 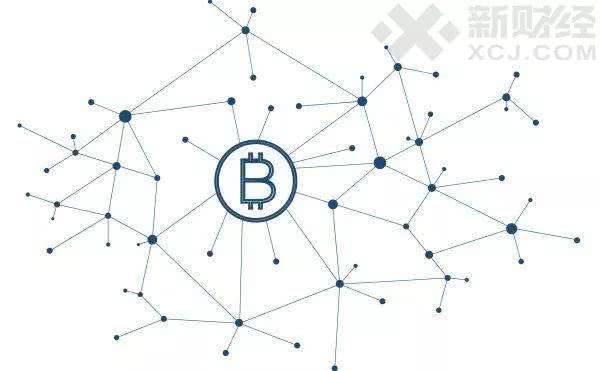