Two partners at the Union Square Ventures venture capital firm recently posted a dissence on the blog to Ethereum. Albert Wenger sent "Abita is a chain of "AOL"? ", Fred Wilson sent "some thoughts on the chain."

I really like this sentence: "Ethereum needs better critics." I hope that Albert and Fred are such critics, and they can grow up in the war. The Ethereum community has a very positive energy trait, that is, everyone is interested in finding defects, exposing defects, and then finding solutions.

The purpose of this article is clear: to make Albert and Fred a better critics. Further discuss your point of view, detailing where you think Ethereum's shortcomings are, and where the advantages of other projects are.

Ethereum is not perfect. If it is perfect, then are we not doing anything? Ethereum has many flaws, but it also has great potential. This means that there are many interesting issues that need to be resolved, and it is very important to solve them.

Is Ethereum a "American Online" chain? By Albert Wenger

Albert's article focuses on the fact that the decentralized financial sector (also known as "open finance") in Ethereum may rely on a small group of people in the Ethereum community to invest in or become its users. Here are two arguments, I will try to be convincing:

1. Is DeFi really inseparable from the funds of Ethereum?

Albert's first argument is that it seems that the success of DeFi is the success of Ethereum. However, if most DeFi companies rely on Ethereum to fund them, it is likely to generate circular dependence, which is affected by adverse events, just as the Internet bubble hit AOL. For example, if most DeFi companies are invested by ETH's large ETHs in the hands of ETH, once the companies fail, the price of ETH will fall. Conversely, the new DeFi company can get less money, it is harder to succeed, the price of ETH will fall, and so on.

One obvious question is: Are most DeFi companies really “funded by Ethereum”?

In this regard, Albert gave two examples:

Investigating the DeFi industry will reveal that what Albert said is basically wrong. Most DeFi projects (1) do not have their own native tokens, and (2) are funded by an external venture capital firm (continuously).

In terms of one indicator, among the top 10 DeFi items listed on DeFi Pulse:

Stabilized currencies such as USDT, USDC and Gemini are not included here – they are all invested by venture capital institutions and large exchanges.

In this way, DeFi does not seem to be supported by ETH holders. When Albert is telling this, if the mind is not the ones listed on the list, then which companies and projects are based?

2. Does DeFi really rely on a loopback economy formed between a handful of users?

In addition to the same shortcomings as AOL, Albert also raised a deeper question: Is DeFi's “self-referentiality” in Ethereum so harmful?

Traders who want to leverage are the main force in buying lending products, and in this way they borrow ETH from ETH holders. With these financial services and products (derivatives, transaction services, etc.), users have access to and interact with various ETH-based assets, some of which are not very useful except for speculation. 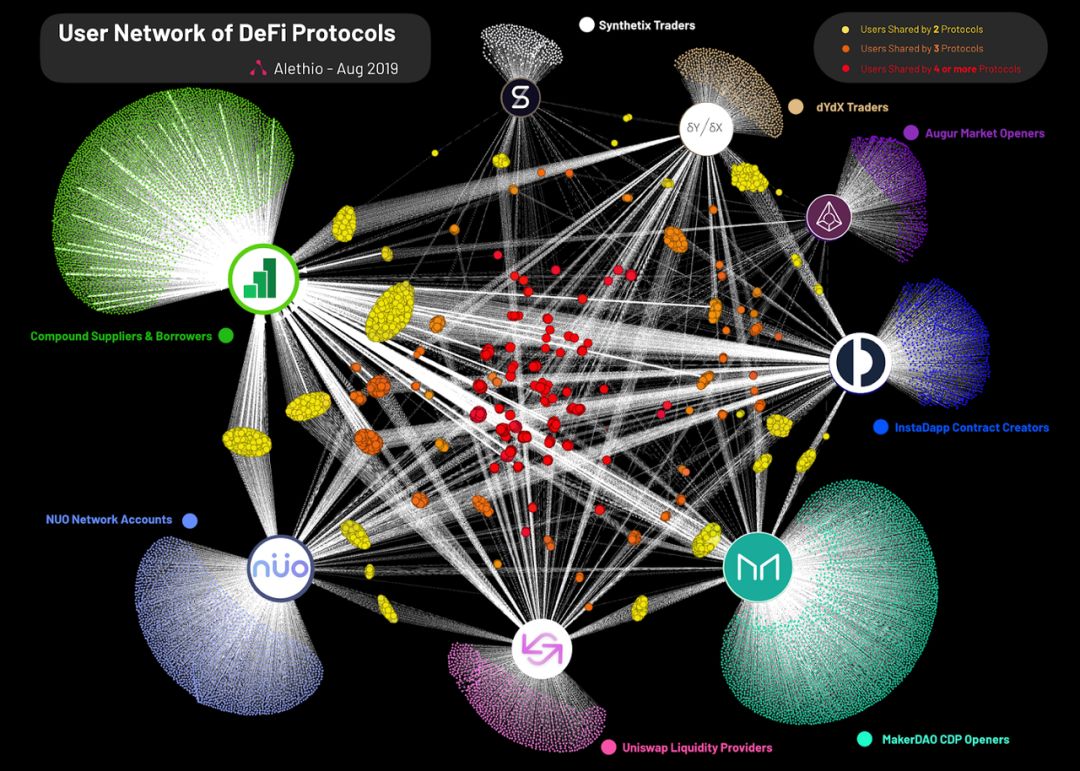 Whether you regard the above statement as an anti-DeFi argument depends on your reference standard. On the one hand, building another global financial system that brings idle funds together to provide financial services to users around the world – such a lofty vision is really unrealistic.

On the other hand, what kind of expectations should we have? Ethereum was born five years ago, and Dai is only less than two years old. The concept of DeFi was only born last year. In the face of an emerging financial system, shouldn't we expect it to become a local phenomenon first, while building infrastructure and services, and then expanding its scope? Even so, isn't it a good thing to think that a certain degree of self-referentiality can create demand for ETH?

DeFi is not really limited to Ethereum: for example, wBTC and tBTC combine DeFi with Bitcoin, and many companies connect Ethereum to traditional financial systems (since three months since last month) example). On a social level, DeFi is also integrated with other ecosystems: Bitfinex, which relies on Bitcoin, is using Ethereum for token sales.

Some Thoughts on Chains by Fred Wilson

Fred's article diss is not so embarrassing, and there is not much evaluation of Ethereum.

Fred mentions one thing: it's hard to build on Ethereum, and there are scalability challenges, and "many developers' attention is spread elsewhere."

Yes, the developer experience of Ethereum still needs to be improved. This has become a top priority for the Ethereum community, and it will always be the case from now on. Although in the existing software development field, the development situation in Ethereum is not optimistic, but most of the smart contract platforms are built in Ethereum. Don't blindly believe what I'm saying – ask the projecters who are trying to build on other chains, or the incubators that specialize in building blockchain startups.

That's right, some developers' attention has really shifted to other platforms. They should do this! For any entrepreneur or developer, it is irresponsible not to carefully investigate and figure out what is best for the stack. What's more, there are many (not yet online) project parties who make false statements about the (theoretical) performance of their blockchain.

So far, the vast majority of developers will still choose Ethereum when investing money and time to vote:

-Source : Electric Capital (including developers of protocols, ecosystems and dapps) –

As far as the developer's distribution is concerned, Ethereum is still the chain of IBM (American International Business Machines Corporation). As more blockchain projects compete to get online and start burning, the Ethereum ecosystem may lose some developers. The difference between Ethereum and its competitors is that Ethereum is actually at risk of developer loss.

The crux of the matter is not whether some developers build on other platforms, but whether there are other blockchains that can replace Ethereum as the mainstream smart contract platform in the industry. I want to know if Fred really thinks this is possible? If you can really do this, is it necessary to point it out?

Ethereum does face the challenge of scalability, and developers and users are suffering from this negative impact! Whether these challenges can be overcome depends on your application of Layer 2 extension technology and the evolution of Ethereum 2.0. This article does not make a statement.

The interesting point of Fred's article is not the obvious concerns he made , but the strange contrasts between his disappointment with Ethereum and his other remarks.

For example, he mentioned in the article: "Stabilizing coins… is a bright spot." On Twitter, I mentioned that all the useful stable coins are actually ERC20 currencies. It can be seen that this sentence seems to contradict the argument that he sang the Ethereum. Fred further explained that he was worried that the stable currency might “get rid of” Ethereum.

Many stable coins may eventually release additional versions on other chains, but it is hard to imagine why a project would abandon the funds, users, infrastructure, services and liquidity available as an ERC20 currency. Is there a big advantage of Ethereum before the lack of evidence that developers and users are giving up Ethereum (the stability of those built on Ethereum)?

What makes me curious is that Fred has discovered which weaknesses of Ethereum and what advantages of the altcoin, which prompted him to write this article. But now it's hard to know how he came to the conclusions.

If Ethereum is really nothing, why can you hold up the entire chain? After Fred posted his article, and at the time of writing this article, Coin Ann announced plans to issue a stable dollar anchored in dollars, and Paxos also announced the issuance of gold-backed tokens.

Both stable coins will be built on the Ethereum.

Note: I am very optimistic about Ethereum. I co-founded and run two companies based on Ethereum : L4 (Open Source Status Channel) and ETHGlobal (the industry's largest developer relationship maintenance and guidance organization), and I also participated in some of the Ethereum Foundation projects.

Thanks to Eric Conner, Ryan Sean Adams, Evan Van Ness, and others for their feedback on this article.

Analysis: Three major acts such as the new crown virus and the sale of Plustoken's address caused Bitcoin to plummet over the weekend

EOS "preheating" started, Block.One is really expected, or is it just a hype? 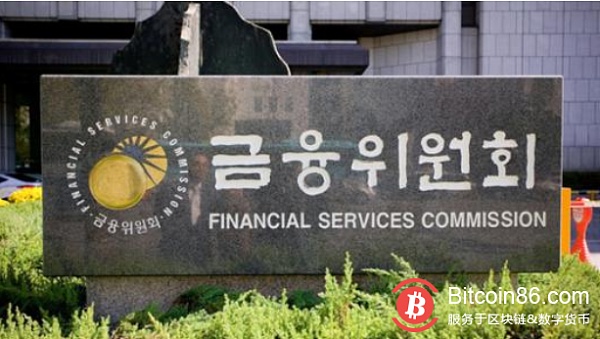