For many people in the currency circle, on September 25th, they were waking up. In the early morning, bitcoin and other mainstream currencies dive collectively, and BTC once fell to $7,700. This is the first time since mid-June that Bitcoin has fallen below $8,000, the lowest level in four months.

According to the data of the fire currency, the current BTC price is $8,464, which is a decrease of -11.17% within 24 hours. Other mainstreams have experienced different degrees of decline. 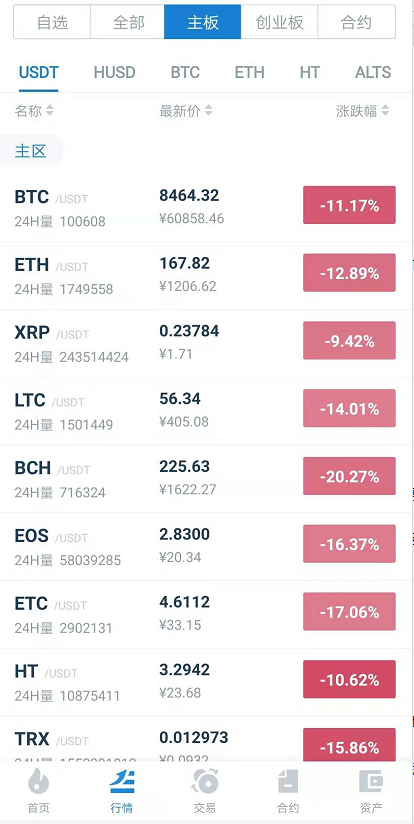 The mainstream currency fell, and Bitcoin was sent to Weibo.

The reasons for the plunge are different

There are various reasons to explain each plunge, and this plunge does not seem to find a reason for the widespread decline that led to this plunge.

There are some speculations in the market today:

1. Some analysts pointed out that Bitcoin fell because Bitcoin broke through key resistance levels.

3, Bakkt opened less than expected. Bakkt's opening is one of the biggest benefits of the currency in this year. Bakkt is compared to the bull market engine in the market. Bakkt will bring institutional investors into the cryptocurrency and bring a wave of bull markets. However, on the first day of Bakkt's opening, only 71 bitcoins were sold, which was far below market expectations, and the positives were turned into negative.

However, Bakkt is a legally compliant futures trading market that provides services to institutional clients. The process of opening an account is complex and requires KYC, qualification verification, 1-to-1 inquiry, etc., and the threshold is very long, unlike most It is as simple as trading an exchange to register an account. Bakkt's first-day trading volume is also within the expectations of many institutional investors. Analyst Mati Greenspan believes that Bakkt is an eight-lane highway and cannot judge whether the road is good or bad based on the traffic flow on the day. Today (September 15), Bakkt's trading volume reached 215 BTC, and the volume was enlarged in 12 hours. 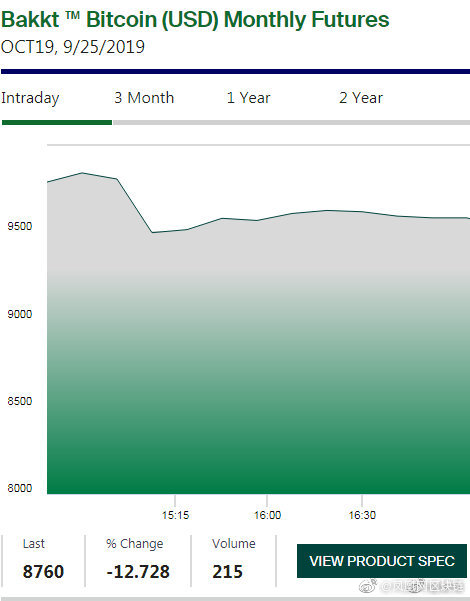 In fact, traditional finance enters the cryptocurrency market to make money, not to do charity. Bakkt's online BTC increase is not equal to sending money to users of the currency circle. Is this possible?

When I couldn't find a more suitable reason to explain this plunge, many people joked about the fact that Li Lin, the chairman of the Fire Coin Group, emptied the content of Weibo, causing a bloody case. Some people joked that it was the bloody case caused by the old American impeachment Trump.

The plunge has become a fact, although it has not been widely recognized, but how does the follow-up market go? Is Bitcoin at the bottom? These issues are more worthy of concern.

How to go after the market?

At the same time, after Bakkt, Germany's second largest stock exchange, Boere Stuttgart, opened a regulated trading venue, BSDEX, for digital assets, a digital asset exchange that is fully regulated under the German Banking Act. It can be seen that the mainstream society is increasingly recognized for encryption assets such as Bitcoin.

The veteran of the currency, Jiang Zall, said that this is the last drop before the halving of the bull market.

The reason for this plunge, Jiang Zhuoer said: The last round of bull market started in October 2015, this round has risen from 6 months to April, and has been halved for too long, so the middle probability is unbearable. A wave fell. This is also the last chance to get on the bus before the bull market.

As the saying goes, history will not repeat itself, but will follow the same rhyme. Go back to Bitcoin's historical trend and look for the last drop that Jiang Jiang Zhuo said. Looking back at the last round of bitcoin halving, that is, the 2015 K-line chart, as follows: 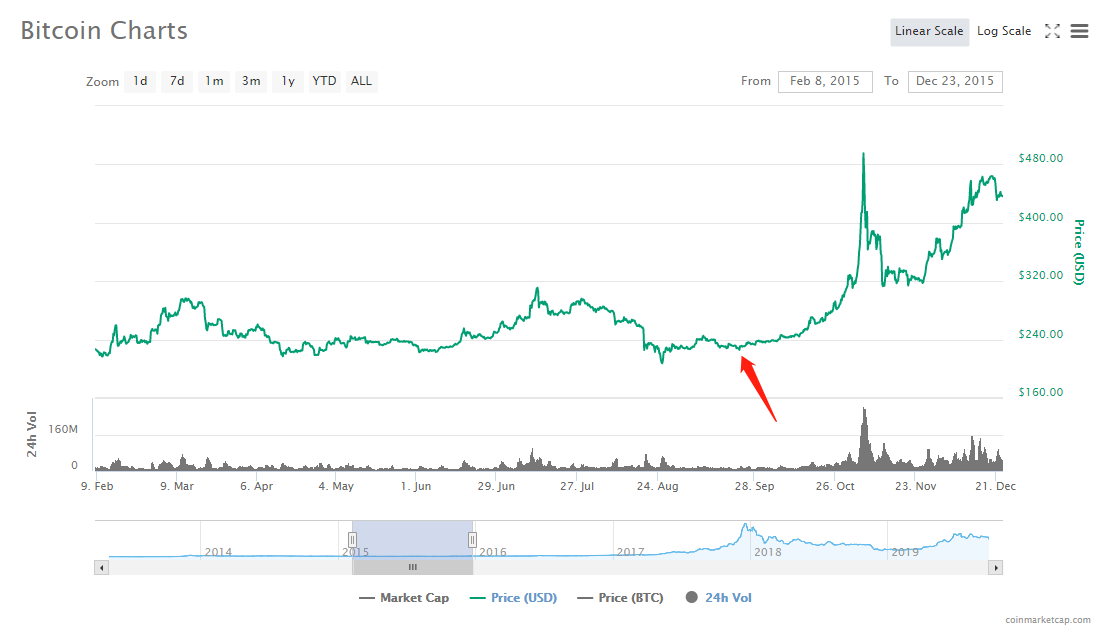 As can be seen from the figure, in October 2015, Bitcoin doubled bottom and then opened the slow cattle market. Compare the 20-year BTC K-line chart as follows: 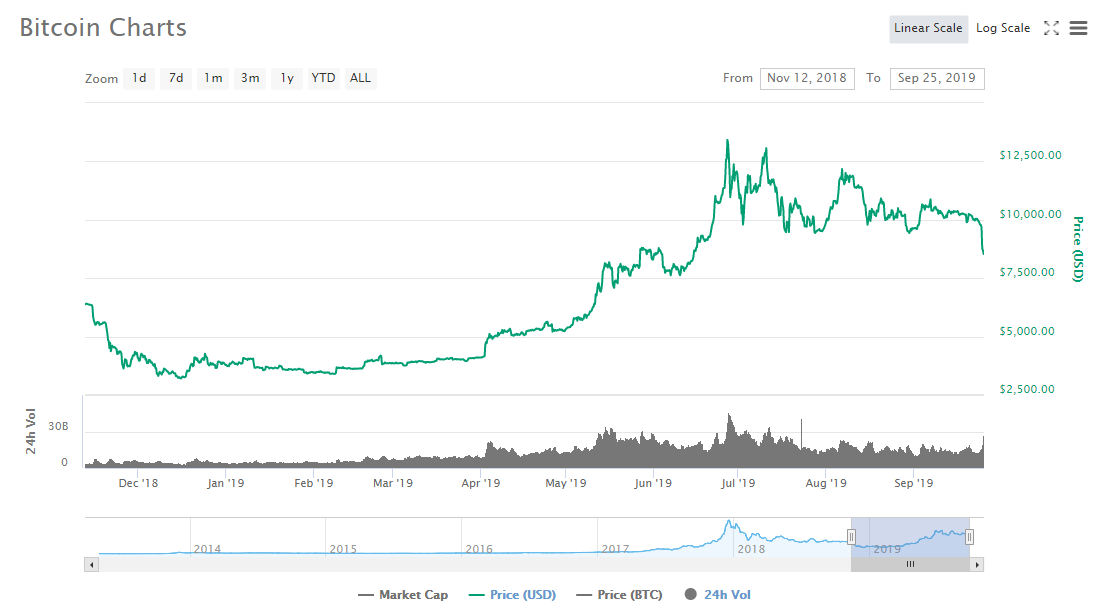 There are some differences in the magnitude of the fluctuations, but the overall trend does have the same charm. If you follow the rules of history, then this down will be a good opportunity to get on the bus, and then will open a long bull market. At the same time, Bakkt's trading volume has surged in the 12 hours after Bitcoin fell.

Finally, investment is risky, especially in the currency circle, with large fluctuations and greater risks. Don't fall before dawn. As the saying goes, one day, one year, how do you understand? That is, the currency can lose one year's deposit in one day.

Zhongke Information: The company conducts research and layout on blockchain and other technologies according to business development needs