Bitcoin is the most powerful cryptocurrency in the past decade. In the past decade, Bitcoin has overcome all major obstacles along the way, such as CVE-2010 Bug, Mt.Gox, BCH Fork Wars and Altcoins, which have not knocked down Bitcoin. This does not mean that Bitcoin can handle all imaginable attacks, and the possibility of Bitcoin becoming a global SOV is as high as 100%. This possibility will not disappear all of a sudden, so Bitcoin needs to be developed to meet the challenge. .

I will attach a disclaimer here, and most of the problems I mentioned in this article have solutions; I personally hope that nothing will happen, this article only represents my personal opinion, you can not agree with the content of this article.

Here are my views on the biggest challenges Bitcoin faces:

A) Most miners are from Bitmain, and these miners concentrate on power to destroy blocks . B) 8 mines control 85% of the hash calculation. C) In fact, people in a house can affect the fate of Bitcoin, not to mention that they hold more than 70% of the computing power. Bitcoin Roundtable in Hong Kong in 2016 – Discuss whether Bitcoin is hard to fork to 2MB (HF, of course, Segregated Witness). At that time, only a group of miners and bitcoin core developers jointly decided the fate of Bitcoin. D) Most of the hashing power is concentrated in one country, which is not conducive to the development of bitcoin, but also violates the principle of free competition in the market.

In short, the entire mining stack is very concentrated.

2- The emergence of short selling and alternative chains is inconsistent with the game theory proposed by Satoshi. The key part of game theory considerations is that miners are closely related to the success of Bitcoin, so the miners are motivated to become good miners. The situation is different now, miners may attack the bitcoin chain, and miners will immediately profit when they short the bitcoin, and then dig another chain.

I think of a lot of solutions (but only three are implementable) to get rid of the above difficulties, as follows:

A) If Bitcoin uses a proof of equity, it may be able to get rid of the dilemma of concentration. But it is well known that Bitcoin uses proof of workload and does not use proof of equity. B) Break the limit of Bitcoin's 21 million, stop halving the security budget every four years, and keep the mining rewards unchanged. Obviously this cannot be implemented. C) Use Satoshi coins to finance inflation. This solution is implementable. D) Develop a fee market. The solution is the most implementable, but the problem is that if the block charges 12.5 bitcoins to the miners, the transfer fee is 0.0003 bitcoins; if the block charges 100,000 bitcoins For miners, the transfer fee is 340 bitcoins. But this is not a terrible part. What is terrible is that we don't know what will happen in the future.

As we all know, there is no solution for the best of both worlds, and it is necessary to pay the miners or subsidize the miners. Therefore, in a block based on hash calculations, we must charge a high fee or use other currencies for trading. This is the primary reason why Bitcoin blocks are being attacked.

In addition, payment is not a very viable solution, and the cost of LN is too high for most people in the world who are unwilling to pay a few days to lock and unlock Bitcoin.

Bitcoin may be attacked: other currencies with higher inflation rates have higher hash rates, and bitcoin may suffer the attacks mentioned above. Bitcoin is not available to the public because of its high fees, and Bitcoin is still a niche product.

3-bitcoin is slowly dying due to lack of innovation: Bitcoin lacks innovation, both advantages and disadvantages, but bitcoin will not change.

But we can't deny that bitcoin innovation has dried up. Since I bought Bitcoin in 2013, Bitcoin does not have a substantial new application or use case from a user perspective. Although node synchronization is faster and signatures are smaller, the major innovations promised have never been realized, and some features have even failed to develop.

· After ChangeTip went out of business, ChangeTip's talent was acquired by Airbnb.

· The color coins are very good. We used the ERC-20 protocol to see the rise of Ethereum and the altcoin, but the colored coins, like the Dodo, eventually failed.

· The counterparty promised a smart contract, but the core development team unilaterally decided to change OP_RETURN from 80 bytes to 40 bytes.

Rootstock is an alliance sidechain. On Rootstock, you can carefully select and choose the authentication nodes you trust. 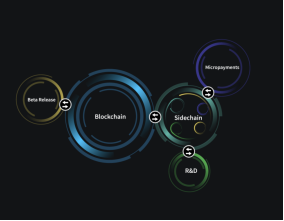 The risk is that Bitcoin will never become mainstream and is slowly dying.

4-bitcoin lacks privacy: Bitcoin is anonymous at best. If we are to face the repression of a big country, then all satellite nodes and decentralization will be irrelevant, as long as the authorities can easily identify those who hold Bitcoin, they can beat the people who hold Bitcoin. A meal. 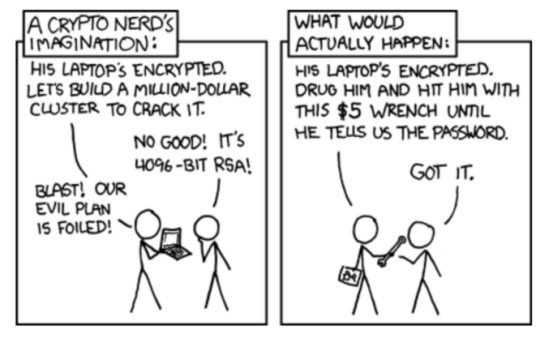 7-Becain Bitcoin cannot be expanded, Bitcoin will not become mainstream : Bitcoin is at the peak of adoption , and Bitcoin can handle 2,763 transactions in a single block . This means that Bitcoin can process 145,223,280 transactions per year, which means that each person trades 0.02 times a year on the Bitcoin blockchain. Therefore, even if the cheap fee is paid and the lightning network works normally, people can only choose between the Bitcoin network and the lightning network. It takes another 96 years for Bitcoin to reach the stage of the world.

Even if you only use Bitcoin as a SOV, that is, if people just buy Bitcoin and make a transaction and then stop using Bitcoin, then Bitcoin will take the world of 48 years on the world stage.

Bitcoin is still a niche, money only.

8-Black Swan, Unknown thing: There is nothing on the list, such as the size of a planet striking the Earth or the murderous AI. These lists don't have anything we just don't know.

As mentioned above, Bitcoin needs to evolve to meet the challenge, because anything can make Bitcoin go extinct.

The original source is Medium, and the translation is provided by First.VIP. Please reprint the information at the end of the article. Original: https://medium.com/@moisescassab/all-the-ways-bitcoin-can-fail-dab94055c310 Source: https://first.vip/shareNews?id=2221&uid=1

Ripple CEO: It is expected to sign 100 new contracts this year, 20% will involve XRP and its xRapid products

Bloomberg: GTI VERA technical indicators for the first time in the past two months to sell signals, BTC prices may fall further