The chain lawyer team wrote two articles for Staking economy. This is the first part of this series. It mainly analyzes the legal issues of staking economy. The next article will propose solutions and solutions for legal risk prevention and control.

Recently, big data head enterprises with the shield technology, konjac technology and state-owned Tianyi credit, plus the blockchain enterprise public trust that was checked in the past few days, the malicious network reptiles have been cleared, the government departments have protected personal information and The regulatory attitude of data compliance is determined and strengthened.

At the same time, the relevant departments have entered the final stage of the special governance activities for the one-year special access to the user information app, and the governance has been continuously increased. For the release and implementation of policies for personal information protection and data compliance, it has also entered a blowout period.

A few days ago, when Gongxinbao was investigated, everyone was surprised at the same time, and also lamented a blockchain enterprise. The problem was not because of virtual currency, but because of big data. At the time, the team of chain lawyers mentioned in the writing that this was not an accident, not a hole in the wind, because the boots of supervision were gradually falling. In addition to currency financing, data non-compliance may become another red line in the industry. 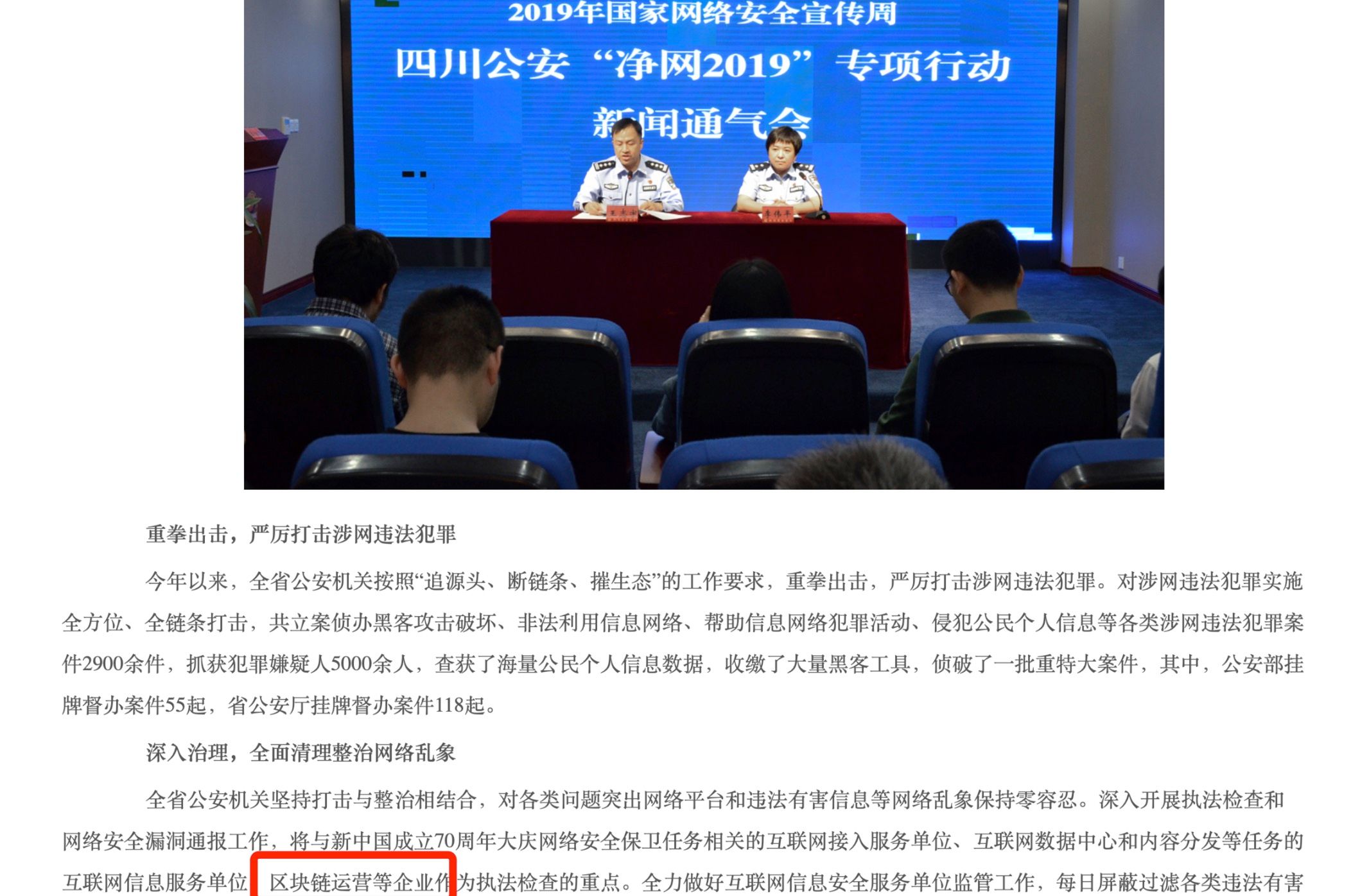 At present, there are many contents of introduction, analysis and report of staking, but there are few articles about legal analysis of staking. How staking this behavior is legally defined is directly related to the application of the law, and thus to how the blockchain enterprise conducts compliance work.

For the blockchain community adopting the POS (proof of stake) consensus mechanism, the more virtual currency is held, the greater the probability of becoming a verification node and obtaining corresponding benefits. For the sake of maximizing revenue, Staking economy emerges as the times require.

The operating model of staking economy is:

“Node service providers (including wallets, trading platforms, professional service providers, etc.) accept the entrustment of the holder of the currency, and as a blockchain project verification node, they are rewarded by means of block-out or proxy election. The reward includes transaction fee and block. Reward dividends and entrusted management fees. At the same time, the holders obtain certain Staking interest through pledge, entrusted locks, etc."

The essence of staking is that "coin rights are rights."

Under normal circumstances, everyone thinks that it may be expressed as a mortgage or pledge a certain number of certificates, and participate in the pos-pass ecological activities to obtain income. Mortgage or pledge itself is nothing to be said as a circle of arguments, but the two terms are legally defined and defined.

What is staking from a legal perspective?

First of all, staking is not a legal mortgage or pledge.

Ordinary people often refer to the behavior of the original holder transferring the virtual currency they hold to the node service provider as mortgage or pledge, but the legal mortgage or pledge refers to a guarantee behavior, which refers to the guarantee of the main creditor’s right. The realization that the creditor and the mortgagor or the pledgee agree that when the debtor fails to perform the debt, the creditor has the right to deduct the price of the mortgage or the pledge property according to the law or to preferentially be compensated for the auction or sale of the property.

Therefore, Liu Lang, a team of chain lawyers, believes that since there is no so-called main credit right in staking, there is no way to mortgage or pledge. If it is not considered to be a mortgage or pledge, then the laws and regulations on mortgages and pledges are naturally not applicable. If there is a dispute between staking operators and investors due to staking, there will be great uncertainty in the application of the law and the results of the judgment. Sex.

For the loan relationship, “guarantee” is the proper meaning, but there is a statutory limit on the interest rate. According to the relevant judicial interpretation, in the loan legal relationship, the annual interest rate higher than 36% is not protected. Of course, the judicial interpretation is aimed at the legal relationship of monetary funds and lending, and further research and discussion is needed on whether virtual currency is applicable.

If you do not consider the guarantee of staking, the difference from the conventional legal currency entrusted financial management.

For the entrusted financial relationship, the “guarantee clause” may be deemed invalid. Some courts held that: "(the contract) stipulates that the principal does not bear the risk of loss of the principal, and the nature of the guarantee clause shall be an invalid agreement. The bottom clause is the core clause of the entrusted financial contract, and the guarantee clause is invalid, resulting in the overall invalidity of the contract. (See, Tang Yingying Huang Wei, investment and financial management are risky, the judge said that the case came to the trick, contained in the "People's Court News" September 9, 2018, the third edition).

It should be pointed out that according to the provisions of the Contract Law, after the contract is invalid or revoked, the property acquired by the contract shall be returned; if it cannot be returned or is not necessary to be returned, it shall be compensated at a discount. The party that is at fault shall compensate the other party for the losses suffered by the other party. If both parties are at fault, they shall bear corresponding responsibilities.

Some courts believe that in the private entrusted financial management contract, although the guarantee clause is an incentive and restriction mechanism set by the two parties in the legal form of the autonomy of meaning, it is based on the basic principles of the civil and commercial law, the legal prohibition regulations and the market. The basic law, the people's court should determine that the type of guarantee clause is invalid, and the losses should be reasonably distributed according to the principle of fairness and the degree of fault [Case No: (2014) 岱商初字第815号, (2015)泰商终字第382 number】.

Finally, from a legal point of view, the current staking economy can be described as a risk everywhere.
We often say that in the blockchain industry, the biggest risk comes from policy risks. Staking economy, as a new thing derived from the new thing of blockchain, naturally faces more uncertainty.
From the perspective of the investor, after the transfer of the virtual currency, the principal and the node service provider establish a credit and debt relationship, and the rights and obligations between the two parties mainly depend on the contract. Unfortunately, after experiencing several staking services, we found that the relevant node service provider did not provide the client with a clear or complete contract text. Under this circumstance, once a dispute arises, not only the rights and interests of the principal will be difficult to protect, but the operators will also face the situation that the dispute cannot be resolved according to the agreement. Therefore, Guo Yatao, a team of chain lawyers, believes that an effective legal text is necessary for both the legal risk prevention and control of the staking operator and the clear rights and obligations of the investor.

In addition, since the virtual currency is completely controlled by the node service provider, in the absence of supervision, the node service provider may be able to use a high rate of return bait to form a Ponzi scheme by borrowing old and new methods (such as many wallet products running away). ). Therefore, for investors, it is still necessary to choose a platform with strong credibility.

From the operator's point of view, the behavior related to virtual currency investment has obvious financial attributes. The relevant financial market regulations have the possibility to apply to such behaviors. Disrupting the financial market order may also constitute a crime. Therefore, staking Compliance risks in the economy have always existed.

Langxin Technology: Will use blockchain and other new generation information technology to empower smart energy and other industries

Celer responds to a 1% drop in Foundation tokens: operational errors, will open the coin contract code

Tom Lee: Three major events will lead to a healthier development of the crypto market in 2020