In the second half of 2017, it was the most crazy time for ICO. As far as I know, at least 3 to 5 projects were engaged in ICO every day at that time. This is just what I learned. Actual ICO projects should far exceed this number.

Most of these ICO projects have not been implemented. There is only one concept, a white paper to start financing, and some even have no white papers. Then the project party explained that any white papers you will not see, yes and no. No difference.

At that time, the ICO was mainly for retail investors. At that time, the retail investors were very crazy. It may be because the effect of making a fortune is too strong. Just an ICO project, as long as the exchange can turn 3, 5 times and 10 times. There are also a few, so people don't care about the value behind this project, whether they can land, etc. They care about the wave of exchanges on the ICO project.

At that time, there were also a lot of chaos. For example, before the end of the bull market in late 2017, there was such a news that a certain project party’s tokens were originally issued 600 million. Later, I did not know what was temporarily changed. 6 billion, the result is directly on the line to zero, and one second is not delayed. Later, I summed up a lesson. When the market is so outrageous, it may be that the market is approaching the top. At this time, we must start thinking about leaving the market. Of course, this is not the focus we will discuss today.

Today, the news of ICO has been rarely heard. Although IEO can often be heard, the number of IEOs has been reduced a lot compared to the ICO of that year. And most of the IEO projects are not directly oriented to retail financing, but directly to institutional financing.

The latest Babbitt news: "Yunxiang won tens of millions of A+ rounds of financing, promoted the commercialization of blockchain technology", "I was favored by giants such as Tencent, Fidelity and Lotte, and Everledger finally won $20 million in Series A financing." "Coin's leading investment, blockchain agreement company Dapix won $5.7 million in Series A financing." There are more and more institutional financing cases like this, and there are fewer and fewer cases for personal financing, and there is basically no such thing on the bright side. It is.

Does this mean that the financing trend of the blockchain industry is changing? From the original focus on retail financing, is turning to institutional financing? Is this trend change good or bad?

Second, the beginning of the institutional financing era

Judging from the changes in the market, the trend of this transformation is quite obvious. At least this year's various "quantity" and "investment" have basically disappeared.

There is a reason for this change. The most direct reason is that the government has issued a notice such as the "Announcement on Preventing the Risk of Subsidy Issuance Financing" and "Notice on the Cleanup and Reorganization of the Subsidy Issuance and Financing". Clearly defining all digital currency financing is illegal fundraising. The promulgation of these announcements directly blocked the way to finance retail investors and contributed to this change.

Some people may feel unwilling. They feel that ICO is a great invention. It makes financing easier. It is another innovation in the digital currency world after Bitcoin. If there is no ICO, there is no Ethereum. Even the government's cancellation of the ICO is a retrogression in history.

Some people are more practical. They think that after the financing of the blockchain industry turns to institutional financing, it is no different from VC and PE in the traditional capital market. Our ordinary people have no chance to get rich. Is this the case?

1. From financing to retail investors, it is inevitable to transfer to institutional financing.

I believe that the shift from financing to retail investors to institutional financing is inevitable for the development of the entire industry, and is an inevitable change after the maturity and formalization of the entire blockchain industry.

First, the state has a clear definition of this behavior, which is a simple one-size-fits-all approach, that is, illegal fund-raising. Illegal fund-raising is a felony in law. In fact, as long as this one is available, the road to public financing will be blocked. At least until the rule is lifted, ICO will no longer be able to become a mainstream.

There are reasons for the state to stipulate this, because as long as it is open to the public, it will become the fastest way for many people to move toward the path of "freedom of wealth." The average person's ability to resist risks and the ability to distinguish projects is very limited, and it is easy to hand over the funds after listening to the rhetoric of the project side.

Under this model, there is no way to completely solve the problem of fraud and air currency. Not only is there no way for China, but there is no way for foreign countries. Not only is there no way at present, but there are not many things in history for thousands of years. Did not solve this problem. The root cause is that the general public does not have professional competence and risk tolerance, and their perceptions, funds and early investment risks are not matched .

The financing for institutional investors is much better. Institutional investors are professional investors. They all have rich investment experience. Some people have rich experience in industrial practice. They have sufficient funds to identify projects. Prospects, investment is the "guy" of their meal. At the same time, they also have sufficient risk prevention capabilities. Their investment will be more dispersed. They may vote for all the companies in the industry. This is much lower than the risk that ordinary people only invest in one company. The probability of obtaining income is much higher. .

2, TOKEN is not just for financing

TOKEN is not just for financing, it can do a lot of things without financing, and it is its most widely used.

Even if the bottom layer represents financial assets, it does not mean that it must be financed. Relying on endogenous development, realizing spontaneous market transactions, and generating prices spontaneously is also a good way. For example, I often give examples of bitcoin, there is no financing, although Bitcoin will participate in mining in the early days, there will be BTC issued, but this time BTC has no price.

Although there is only value but no price at this time, the early developers rely on interest, love and vision to participate in the project, but with the development of the project, as the wisdom, ability, function and ecology accumulated on the project become more and more The richer the value, the more the value accumulates beyond a certain critical point. At this time, the token will generate the price.

At this time, the price is naturally generated, not artificially determined at the time of financing, nor is it forced to be born after the exchange. With the price, the incentive effect is more obvious, the value of the project will be more and more condensed, and the development will be accelerated, thus forming such an organic cycle.

That is to say, even if you do not rely on financing, the token can have a price, and the project can also develop.

3. After turning to the financing of the main institutions, ordinary people still have a lot of opportunities to make a fortune.

Many people are worried that if the entire industry turns to institutional financing, then ordinary people are not without any chance of making a fortune? If the average person does not have the opportunity to make a fortune, is the blockchain industry still so attractive? Can it also achieve explosive development?

What is clear is that even if the entire industry shifts to institutional investors, ordinary investors still have many opportunities in the secondary market.

In the traditional stock market, Google, for example, when Google went public, the price was $85. It seems to sound like it is already high, but the current price of Google has reached $1,240, a huge increase; Amazon’s listing price was 18 The US dollar, today's stock price is already 1,739 US dollars, up nearly 100 times, such a huge increase is also completed in the secondary market.

The stock market is like this, and the effect of the digital currency market will only be more obvious. For example, the Ethereum exchange is less than 1 US dollar, the current price is 170 US dollars, it has reached the top price of 1,500 US dollars in the secondary market; there is a well-known head exchange token, now relative to The price of ICO has also increased by several hundred times.

These hugely-recognized coins are also in the secondary market when they really grow up explosively.

It can be said that if a project has real potential, then after going to the secondary market and directly facing ordinary investors, it will start its real "performance."

Institutional financing, you may not earn the first few times or ten times, but if the project really has potential, after the exchange, it will still have dozens of times of growth. Your income will not be low either. At the same time, because of the risk control and early intervention of institutional investors, your risk is much smaller, which is more beneficial to retail investors.

You only need to constantly improve your discriminating ability. It is enough to choose projects that have real potential. The opportunity of wealth freedom still exists.

The end of the era of retail financing, the beginning of the institutional financing era, is a microcosm of the blockchain industry slowly becoming more formalized and matured. 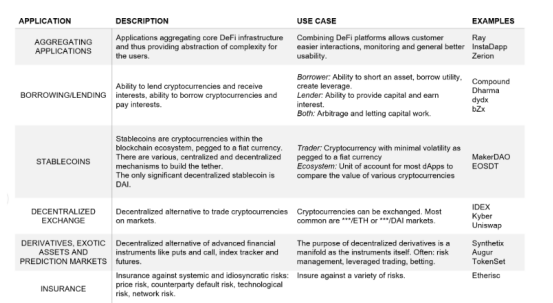 Analysis | 7 Open Source Ideas: What Does Open Source Really Rely On to Make You Big Success?