According to Trustnodes' September 26 report, developers of Ethereum 2.0 Phase 1 and Phase 2 shards said the first sharding execution environment will be demonstrated at a developer conference a few days later.

ConsenSys' Quilt team is currently working on the late stage of Ethereum 2.0, a programmer named Will Villanueva said:

We will show it at the developer conference… There are a lot of finishing touches to do now, but there will be a lot of cool progress to meet you soon! ”

Some developers at Ethereum 2.0 Stage 2 (Executive Level) (Quilt team from ConsenSys and Ewasm team from Ethereum Foundation) attended the Interop Meeting. ConsenSys thinks this is a good opportunity to synchronize development progress with each other.

Ewasm is an important upgrade to the Ethereum Virtual Machine (EVM). It makes smart contracts and many other features that end users care about. Once Ewasm is launched, the two-year upgrade will end because it is the focus of the shard.

There were several stages before that. A new Proof of Proof (PoS) beacon chain (Coacon Chain) may be a bit too simple to be called the base layer, which is currently on the verge of a multi-client test network release and may be released in a few weeks.

Simple sharding will take place in Phase 1, and may be connected to the EW Square 1.0 PoW chain later in 2020. Finally, Ewasm in Phase 2, when the completed upgrade is finally online, everyone can see and use the full functionality of Ethereum while experiencing its greater capacity.

So far, developers' attention has focused on stage 0, the beacon chain. But after improvements and quite a bit of testing, this phase has been basically completed, and now only wait for the start.

As a result, developers have shifted their focus to other phases since the first single client test network was released in May.

“Unlike the prevailing view, Phase 0-2 does not need to be in the complete order. Most of the work in each phase can be carried out in parallel.”

This is probably what he has been doing for months, and the results of the developer's work in Phase 1 and Phase 2 will be displayed in a few days.

Phases 1 and 2 are still in very early stages. There is only a single shard, but literally, the shard should be complete, although it runs on the Lighthouse, it is an Ethereum 2.0 client, similar to the Ethereum 1.0 Geth client.

This shard must then be cloned into approximately 1024 shards, then connected and coordinated through a beacon chain and cross-sliced ​​transactions.

This system is a bit complicated, but if you are interested in sharding, you can understand this: they communicate and connect to each other by running a "node" of shards A and B (or C, D, whatever you want).

This is an interoperable approach proposed by ConsenSys in May this year. By running this selected node and then creating a collective decentralized, secure, license-free and trust-free system, the system can run on Raspberry Pi. on.

What remains to be followed by the specific design remains to be seen, as there are still many changes in the fragmentation problem. Therefore, it may be too early to define it at a high level, but Ethereum co-founder Vitalik Buterin said that there are no fundamental research issues to solve, and more details and implementation are currently being implemented.

Ethereum 2.0 is expected to be fully launched in early 2021. Prior to this, developers are likely to launch the beacon chain in January 2020. In the summer, fragmented storage may come out. If successful, PoW will eventually be abandoned next fall, when it will reduce 2/3 Eth inflation. Then it is to implement full sectioning. Then pack the PoW chain into its own slice at some point.

So there is still a lot to do on the technical level, and Ethereum developers may not be idle for a moment. At the community level, with the launch of the storage contract, 3 million Eths will be transferred to the beacon chain from the developer conference.

The PoW chain will then gradually move to the PoS chain, including the Smart Contract and Dapp projects above.

Developers are not under pressure to do this quickly, and the PoW chain will continue to run for a long time. But once storage shards or full shards start, community dynamics are likely to work.

From a technical point of view, the project side may be eager to transfer positions to the shards, but from another perspective, Ethereum developers may think that if the project is running on the PoS chain, it will be even cooler.

Of course, this is to assume that everything is going well, and everyone thinks that there is no problem. If so many capable Ethereum teams can't do it, it's hard to say who else can do it.

In particular, this work has invested a considerable amount of resources, and now everything is starting to look like, it is more likely to live up to expectations.

Libra Association Chief Operating Officer: Libra is officially launched with up to 100 members 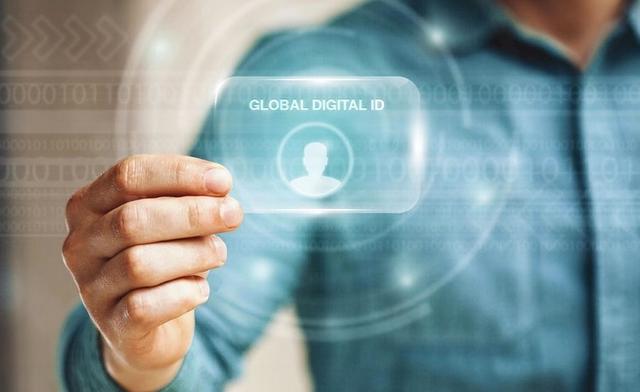 Troovo CEO: Blockchain could be the answer to inefficient tourism