One of the most extreme views I have seen recently is that because central banks are currently developing their own digital currencies, the ultimate value of bitcoin, a digital currency that has no value endorsement, tends to zero. It is not the same. Elephants are big and there are ants. The digital currency issued by central banks is centered on centralization. The solution is naturally some centralized demand. Some of the decentralized needs are natural. Still need bitcoin to complete, so the value of bitcoin will never be zero.

BTC received a small Yangxian line yesterday, but we saw that the volume of a positive line has actually shrunk since the decline, and the shrinkage is still not small. It is still oscillating near the lower shadow line, from the K line yesterday. It can be seen that there is not much money for bargain-hunting, and everyone is still waiting to see. After all, it has just experienced a big downturn, and emotional repairs will take some time. Personally, the current trend is relatively weak, and there is no sign of stopping the trend. Down, today, the choice of direction is to stand back to the 5 antennas or to kill the lower shadow line of the previous Yinxian. There may be a result today. I personally think that the possibility of standing back to the 5 antenna is relatively small, and the probability is high. Continue to fall along the 5 antennas. As for the next decline, we must observe it again. It is only one step away from the support of US$7200-7500 given before. If it can stabilize above $7200, it will confirm 9000. Whether the US dollar is effectively broken, but no matter what the trend, it should be cautiously bargain-hunting. The decline is obviously not over yet, and there is only a small amount of counter-pumping. Heavy positions, the overall risk prevention. 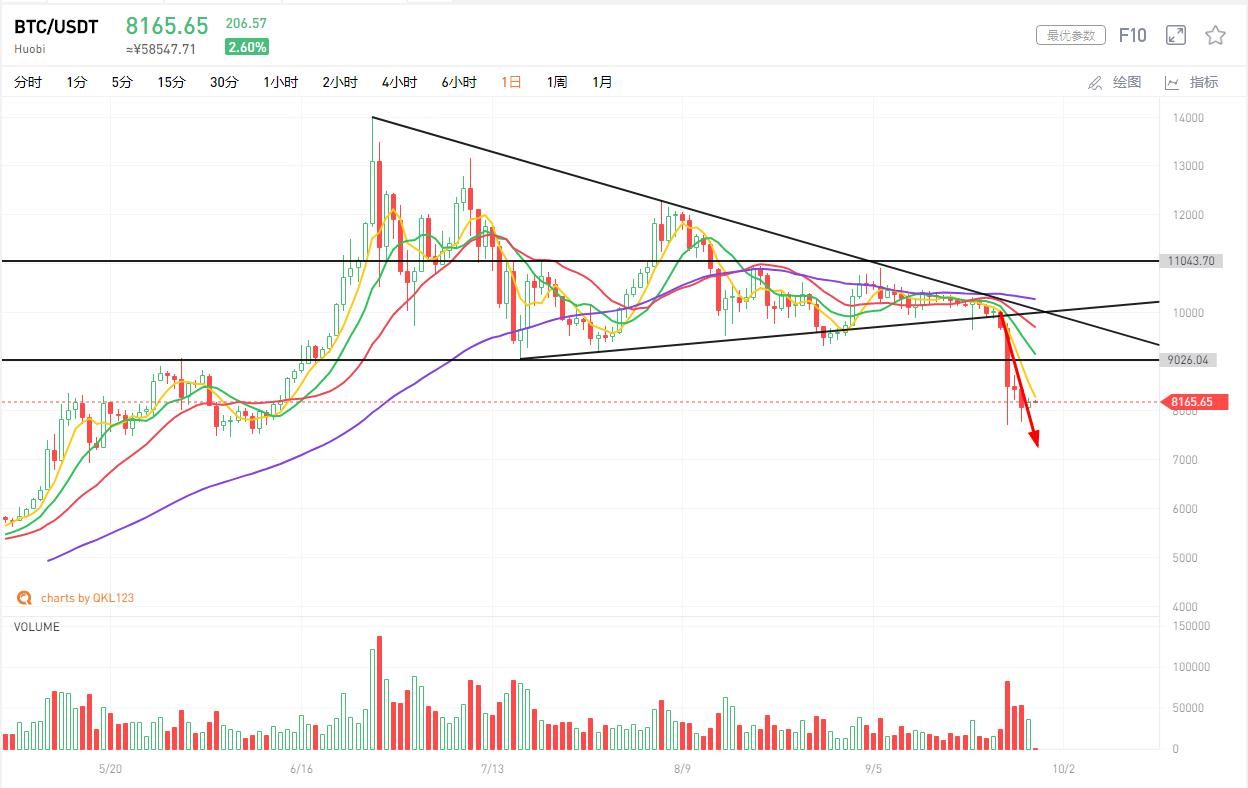 The trend of ETH is stronger than that of BTC. It has received two Yangxian lines in four days. It is currently standing on top of 5 antennas, but the 5 antennas are steep and continue to go down, forming a certain pressure on the price of the currency, and the target The volume is also shrinking. At present, whether it is possible to form a double-needle bottom depends on whether the main force can withstand the pressure, standing on the 5 antennas and waiting for the 5 antenna heads. Of course, it is also necessary to combine the trend of BTC. It is more difficult to stop falling, and the probability is to continue to follow the BTC to find support and pay attention to risks. The trend of EOS is similar to that of ETH. It is also a four-day harvest of two yangs. It is also a shrinking Yangxian line. There is no pressure to break the $3. The current trend shows that the 5 antennas still exert pressure on the price of the currency. Individuals still think that the target may After the second bottoming, the target directly penetrated the bottom of the previous period, and the volume of the volume also released a small amount. In the short term, it may not be able to stop falling. The support of the target is around 2.2 US dollars, and there is resistance at this point, but The rebound will not break through 3 US dollars, and the breakdown of 2.2 US dollars will inevitably lead to a new low. This is no doubt, mainly to prevent and control risks. 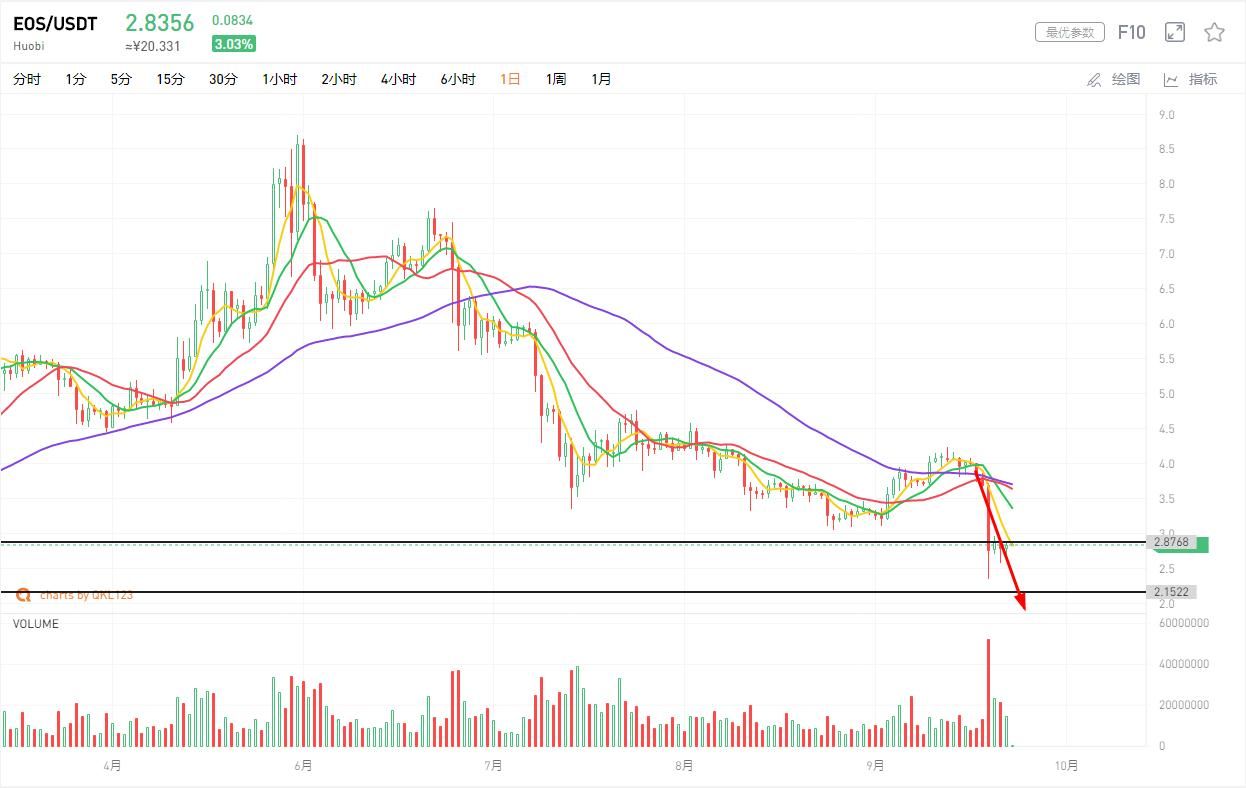 Babbitt Cloud Summit | David Lei: The recent plunge has not had a big impact on the operation of the DeFi system