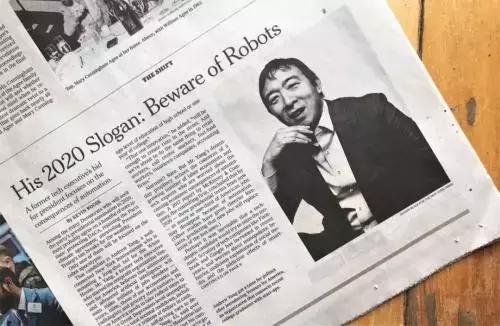 As the most promising 2020 Democratic presidential candidate in the dark horse posture, Yang Anze began to be familiar in the currency circle, stemming from the previous claim that “accepted campaign donations include Bitcoin, Ethereum and any other ERC20 standard encryption assets, he has always been a loyal fan of blockchain and encrypted digital currency.

But in fact, in a broader context, Yang Anze's most eye-catching is the "free bonus" campaign: if elected, every dollar citizen aged 18 to 64 will be unconditionally paid $1,000 a month. 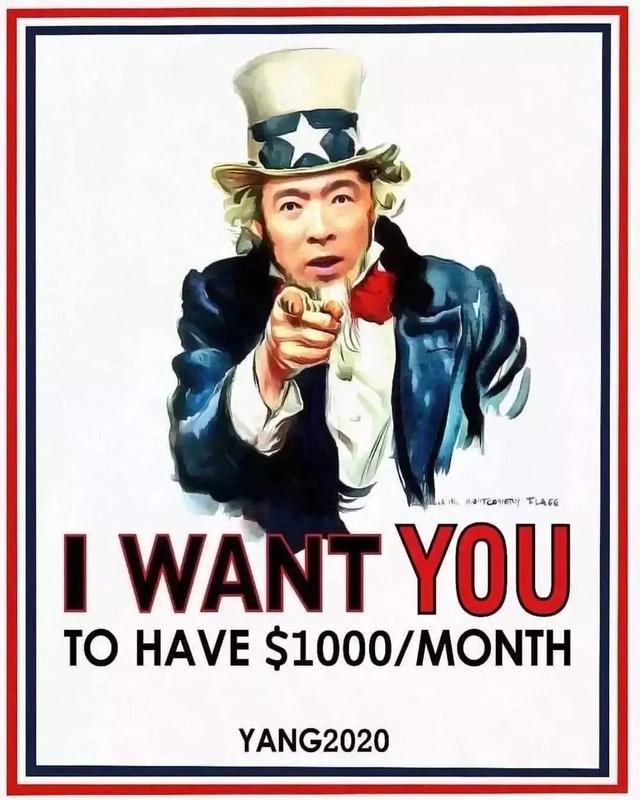 Providing citizens (or permanent residents) of a country (or region) with unconditional and continuous income to meet basic living needs. It is similar to a social security system or a negative head tax. Compared with the existing social security system, it is characterized by unconditionality. No matter whether they are rich or poor, whether they are sick or not, regardless of their age (generally only for adults), they do not require participation in government-designated vocational training, and all adult citizens receive basic income.

The specific effects of UBI have not been extensively verified. At present, there is no public opinion in the academic circles, but some small areas do have practice (yes, that is, HK not long ago):

Here, I will put aside the feasibility and sustainability of specific finances, and only open a hole from the perspective of specific implementation: What benefits can be achieved if a similar UBI plan is implemented by means of the blockchain system?

For countries with a highly developed financial system in the United States, this advantage may not be obvious under the blockchain account system. But for countries and regions in Africa and Southeast Asia that have more than a billion people who have long been outside the financial system, the convenience of digital currency bank accounts is the best alternative to the costly traditional financial system:

With the lowest configuration, you only need to have a low-end smartphone that supports 3G network. The cost of opening, the cost of use and the cost of maintenance are greatly reduced.

At present, there are a lot of blockchain payment projects for this long tail, for them to open a blockchain account to access the financial system, such as the author before in-depth understanding of everiToken, etc., including the currency in some Uganda and other African countries to do similar long Tail accumulation

The financial term “helicopter money” is still in the academic world. The author does not necessarily understand the position, so this point is mostly the personal subjective view, which may not be accurate:

At present, whether it is the traditional money issuance or the issuance of welfare, the middle of the market must rely on the commercial banking system, which can only be transmitted through financial institutions, which increases the cost and time, and inevitably leads to the infrequent inflation or welfare payment. In the end, it will either faten the financial institutions such as banks close to the source of water, or wait until the bottom of the grassroots to be pumped.

And if combined with the blockchain system, through its transparent and traceable characteristics, the central bank can not only grasp the entire currency circulation situation, but also implement a more precise and targeted monetary policy. Xiaoxian" ?), you can also directly and accurately "send money" by opening a new account for each welfare employee, to prevent black boxes and pumping.

Facebook's new cryptocurrency, Libra, is a big step forward for hundreds of millions of non-bank accounts around the world. (Libra) The use of blockchain makes sense and can even curb corruption, as the large amount of aid that the international community provides to the poor has never reached their hands.

Combined with the financial account system of the blockchain, it is possible to directly distribute funds to individuals, and to avoid the middle bends, the key is to directly stimulate consumption. The author thinks that Yang Anze's starting point is no problem. After all, the United States has always been a habit of low savings and high consumption (it is hard to say in China):

The money sent out by the finances is directly consumed, driving production to stimulate the economy, and finally re-flowing back to the finance through channels such as corporate tax burden.

The key is the amount, whether it can be borne in the early stage of finance – $ 1,000 per person per month, and the total burden of one year is about $ 3 trillion . There is no VAT in the United States. It is said that Yang Anze wants to levy a value-added tax, but in the 18 years, China’s value-added tax is only 6 trillion yuan , almost 800 billion knives . The US Internal Revenue Service estimates that it is too late to make up for this hole. Can only open source and reduce expenditure, but beyond the scope of this article, the power is not caught, not to mention.

A word that can often be heard in a news broadcast: it is a subversion of the traditional flooding "helicopter money" and becomes "precise drip irrigation". Of course, the supervisory layer will also be happy, or analyze DE/ before. What are the points of CP:

1. One can monitor the entry and exit of the account;

2. The second is linked to tax, and the amount of annual in and out accounts is taxed on a quota;

3. Three to prevent money laundering and corruption, because there is no cash, everything flows clearly;

After the financial crisis in 2008, central banks adopted quantitative easing for many years. The purpose was to inject liquidity and vitality into the economy. The starting point was very good. Ordinary people bought a list of others who took advantage of it. Therefore, the author thinks that Yang Anze seems to be absurd and does not let many people sneer at it. The reason behind it does not mean a certain trend of public opinion. This is the cornerstone of public opinion and the historical trend that bitcoin and blockchain can rise up.

The United States is the vane in this respect. Blockchain and encrypted digital currency are increasingly "infiltrating" into American society, especially the American elite and political circles . This is also a visible trend.

The wind started at the end of Qingping. Sometimes things seem to be absurd, but behind it may be the future that has not yet grown up.