The synthesis of central bank digital currency (sCBDC) is actually a “public-private partnership” model. The central bank will focus on its core functions: providing trust and efficiency. As a stable currency provider, private companies will be handled under appropriate supervision and supervision. Do other work and do everything possible to implement innovation and interact with customers.

Today, stable currencies issued by private companies are eroding traditional currency markets (such as cash and bank deposits). As the development of stable currencies is getting faster and faster, policy makers have been unable to sit back and watch, and they have to pick up the regulatory "big stick" to implement arbitration. The rules and actions of the regulator will determine how the stable currency will ultimately be used in daily payment transactions (such as the cost of paying for a cup of coffee) and, more importantly, their decisions will affect the structure and risk of the entire financial industry.

In a previous blog post, the International Monetary Fund (IMF) considered stable currency as a cryptocurrency that could be easily exchanged, and achieved minimum price volatility by anchoring with cash. Consumers may quickly accept this new, affordable, fast and user-friendly new monetary service, but at the same time there will be significant risks to this service and immediate action is required.

The world of legal tenders is also changing, and innovation will change the landscape of the banking and money markets.

One possible regulatory approach is to enable stable currency providers to use central bank reserves, which also provides a way for central banks to work with private companies to provide future digital cash, called Synthetic Central Bank Digital Currency (sCBDC). The blueprint, as discussed by the International Monetary Fund in the first financial technology note.

The question is, can the stable currency providers on the market today meet the above requirements?

In fact, this solution has been implemented in China, for example, the People's Bank of China has asked the payment giant Alipay (AliPay) and WeChat payment to do so. Central banks around the world are considering requiring financial technology companies to use reserves, but they also need to meet a range of requirements, such as complying with anti-money laundering regulations, building connectivity between different token platforms, and implementing protection measures to ensure data security.

Obviously, doing so will increase the ability of stable coins to be stored as value. But in essence, this actually turns the stable currency provider into a narrow traditional bank. They can't provide loans, but they are a "peripheral institution" that holds the central bank's reserves. That's it. In addition, once the stable currency is linked to the central bank's reserves, their competition for commercial banks to compete for customer deposits will intensify.

The synthesis of central bank digital currency (sCBDC) is actually a “public-private partnership” model. The central bank will focus on its core functions: providing trust and efficiency. As a stable currency provider, private companies will be handled under appropriate supervision and supervision. Do other work and do everything possible to implement innovation and interact with customers.

Will "synthesizing central bank digital currency" become the future central bank currency? It seems that it is still difficult to give an answer to this question, but what is certain is that the world of legal tenders has been constantly changing, and innovation will also change the pattern of banking and money markets.

FCoin Community Committee: has in-depth communication with Zhang Jian, or will restart FCoin

Bitcoin quickly pulled up and returned to the $8,000 mark again

The Standing Committee of the National People's Congress voted to pass the "Cryptography Law", which will take effect on January 1, 2020. 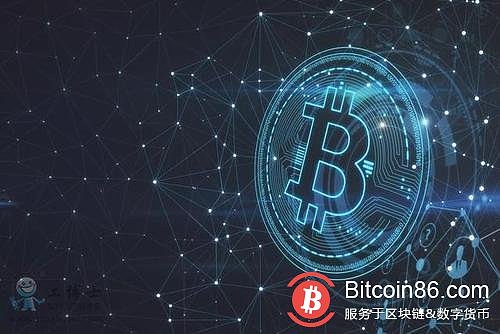