In August 2019, both the United States and Thailand issued plans to test the use of blockchain procedures for tracking and managing shipments. The US Customs and Borders Administration (CBP) plans to test blockchain technology to determine if distributed books can and how to improve existing processes. In addition, Thailand's plan is to use IBM's blockchain-based logistics platform Tradelens to improve customs processes such as data sharing.

Originally developed by a joint venture between IBM and logistics giant Maersk, TradeLens hopes to streamline the global shipping industry's processes through the real-time nature of the information flow. According to reports, the platform currently handles about half of the shipping data worldwide.

The above initiatives highlight the growing interest in the use of blockchain technology in their customs and border operations. TradeLens's official website claims that its ecosystem includes more than 100 different organizations, including operators, ports, terminal operators, third-party logistics companies and freight forwarders. A map of its website shows that more than 60 ports and terminals worldwide are directly integrated with TradeLens.

The European Union's Directorate General for Taxation and Customs (TAXUD), which develops policies and operational systems for the European Customs Union, is exploring the applicability of blockchain technology in customs and taxation, with a focus on related notary services.

In addition, the European Union is studying the use of blockchain technology to digitize ATA Carnet. ATA Carnet is an international customs document (commonly known as a product passport) that is used to temporarily exempt goods from duty between 87 countries. They successfully tested the program in 2018 with the International Chamber of Commerce of the World Chamber of Commerce (ICC WCF).

To streamline cargo security inspections, approximately 80 countries around the world have developed an Authorized Operator (AEO) program and signed a Mutual Recognition Agreement (MRA). Under this arrangement, some of the security risks are low, and the logistics operators with higher trust values ​​are certified and approved by individual countries, and the approval information is also shared with the member states.

This allows countries to use the results of security inspections in other countries to improve the efficiency of customs operations. However, there are some problems with this system.

To avoid these problems and save additional time and costs in security procedures, customs authorities in Mexico, Peru and Costa Rica are working with the Inter-American Development Bank to develop a blockchain application called Cadena.

Developed jointly by the monetary authorities of Singapore and Hong Kong, the Global Trade Connection Network (GTCN) is a blockchain-based cross-border infrastructure for digitizing trade and financial related data and documents between the two places. The GTCN platform hopes to eliminate the inefficiencies of heavy paper, stamps and faxes in office processes.

Against the backdrop of growing world GDP, trade has accounted for an increasing proportion of world GDP in the past decade. According to World Bank data, in 2017, nearly 58% of global GDP came from cross-border trade, which was higher than 46.6% at the turn of the century. This data was only 24% in 1960. 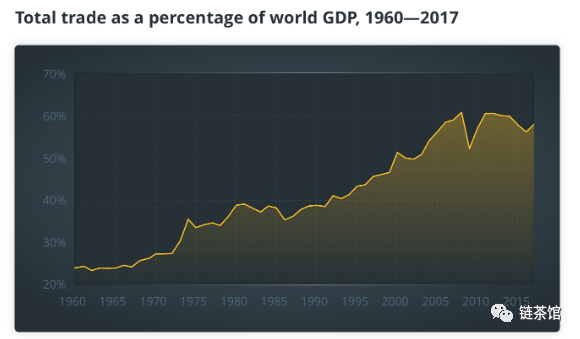 In the figure, the data shows that the importance of import and export to economic activities is rising. Airports, ports and other transit points around the world are becoming more and more busy. At the same time, the increase in trade activities has also increased the direct and indirect costs of customs.

Direct costs include all costs associated with customs procedures at the border, and overheads are those incurred as a result of delays at the border. The WTO WTO links high trade costs with “frictions” at all stages of commodity exchange. In a previous report, it was stated that high trade costs “deprived exports of competitiveness and led to the loss of comparative advantage.”

Another World Bank report shows that countries with higher logistics performance indices (LPIs) tend to have lower trade costs, and LPI measures an indicator of the overall efficiency of a country in terms of logistics and trade facilitation. 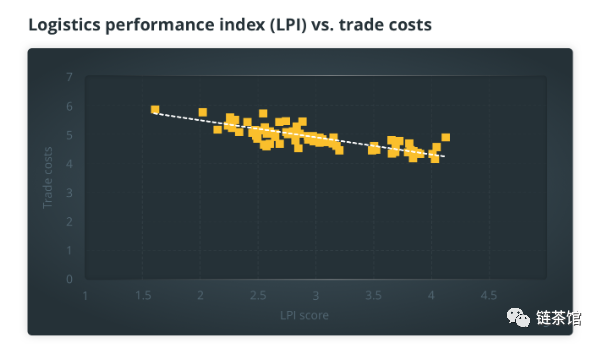 LPI VS trade cost (from Cointelegraph)

LPI is widely used as a benchmark to measure the trade logistics situation of a country on a global scale, and combines the following six indicators:

As the results of these measures have a real impact on trade costs, blockchain technology can lead to improvements in at least three areas: customs and border crossing efficiency, cargo tracking and on-time delivery frequency.

The use of blockchains by governments around the world to improve cross-border trade marks a step towards a paperless customs process. Although traditional electronic data interchange systems have played a pivotal role in this process, they still face the problem of authenticity and the inability to update real-time data.

For example, the Netherlands and China launched a five-year project in 2010 to test the applicability of the electronic version of the International Plant Protection Convention. In addition, the World Economic Forum published a white paper entitled “Paperless Trade: How It Will Affect the Trading System”. It was pointed out that there was concern about the authenticity of electronic documents, which required an electronic signature system and a new legal framework that recognized electronic signatures.

Still, this process still takes a long time, and it also needs to introduce emerging intermediaries—such as providers of electronic signatures. In addition, according to World Bank data, the trade costs of low-income countries are still high compared to high-income countries. They may not have the budget to update a number of new systems for digitizing data and documents, and they still need to invest in customs infrastructure.

Theory and Practice of Decentralized… 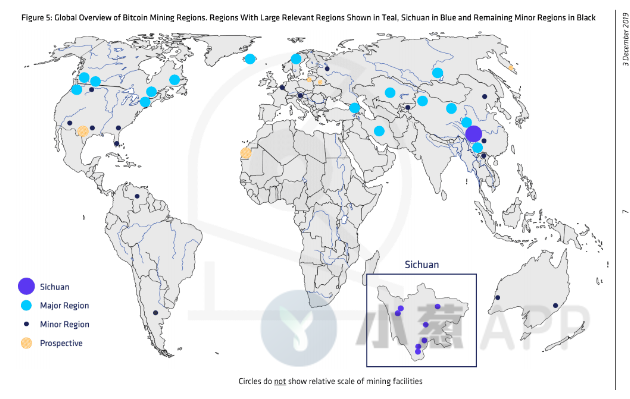 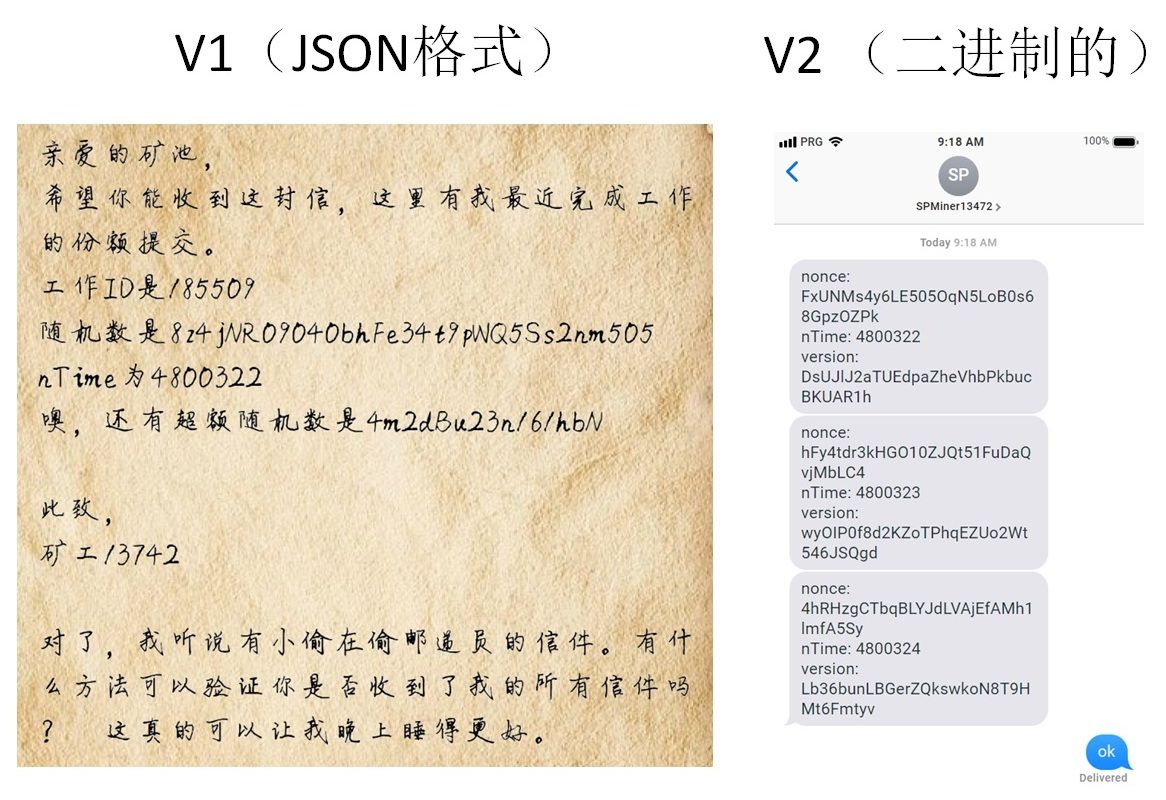 A week's observation: the trend…

Babbitt Value Index: The market value of Token and the market as a whole continue to rise