The mining form can be divided according to the mining process: This model is also the most mainstream mining model that has been tested by the market for a long time.

According to whether the miners need to buy a mining machine, they can get the calculation power. The mining power can be divided into “physical mining machine mining” and “cloud computing power mining”.

According to the type of mining machine, it can be subdivided into:

Because the mining algorithm of some currencies has high requirements for the operation content, for the ASIC chip, the basic requirements of mining cannot be achieved in a short time, that is, the "anti-ASIC" algorithm.

Mainstream graphics cards such as ETH, ETC, etc., because the graphics card mining does not require professional chip research and development institutions, direct purchase of graphics cards can be used for mining, graphics mining has become the preferred algorithm for the release of new POW currency.

Hard disk mining uses the Capacity Certification Mechanism (POC). The size of the hard disk storage space is used as a valid certificate for the calculation of the mining machine. The larger the hard disk capacity, the higher the gain from mining. But at the same time hard disk mining also requires the CPU to perform simple computing support.

As the name implies, miners do not need to directly purchase mining machines and other mining equipment. Cloud computing service providers will be responsible for mining machine purchase, deployment and maintenance tools. Users can directly obtain the mining revenue by purchasing the mining power directly.

The cloud computing power has greatly reduced the threshold for miners to join the mining industry. It has become the first choice for miners who want to try mining, but lack large starting capital and mining expertise.

Cloud computing mining can be divided into three categories according to the type of contract: This mining mode is similar to bank deposits. The larger the deposit amount, the longer the deposit time is. The higher the income, the more convenient it is to purchase the mining machine than the POW.

This kind of mining method does not require a lot of resources and energy. It only needs to hold enough coins to carry out mining, which is quite different from the traditional mining mode.

According to POS lock, deposit, voting conditions, POS mining can be divided into the following categories:

Fcoin is the first trading platform to propose trading mining. The platform coins and economic models have been tested for their time. Some mining methods are rare, and may have been in the history of cost mining. .

Therefore, the follow-up pick Sir will not provide an in-depth introduction to the transaction mining.

Difficulty in entering each mine

If you need large-scale mining, you need to establish a mine and invest a lot of money.

Personnel cost, mine, mine maintenance

Overall, due to early entry mining, mining machine costs, mining is less difficult. At present, it is necessary to invest more funds and a longer return period in order to establish a large-scale mining site.

Cloud computing does not require the preparation of physical mining machines, and the difficulty of entering the market is extremely small, but the design logic of each cloud computing power is different. It is difficult for the new miners to calculate the mining cost and expected income, which is likely to cause the investment cloud computing power to be less than the direct purchase of coins.

Pos mining can participate in mining as long as it holds pos currency, and there is almost no difficulty in entering the mine.

Need to hold a certain amount of mining currency

Pick Sir's difficulty in mining a bitcoin according to the fixed difficulty. Calculate the mining cost of a bitcoin at about 42,000 yen, and the input yield is about 70%.

The mining revenue of cloud computing power is consistent with the calculation of mining power, but the contract cost is more difficult to calculate.

In the previous periods, the results of the evaluation of the static calculation of cloud computing power, due to the large differences in different cloud computing contracts, the annualized rate of return is between 1% and 42%. 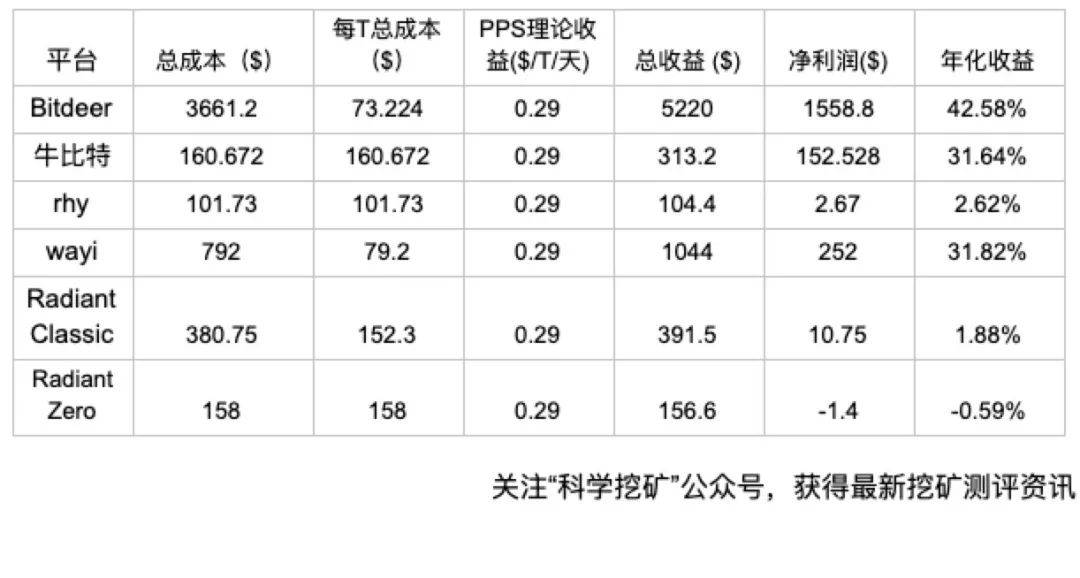 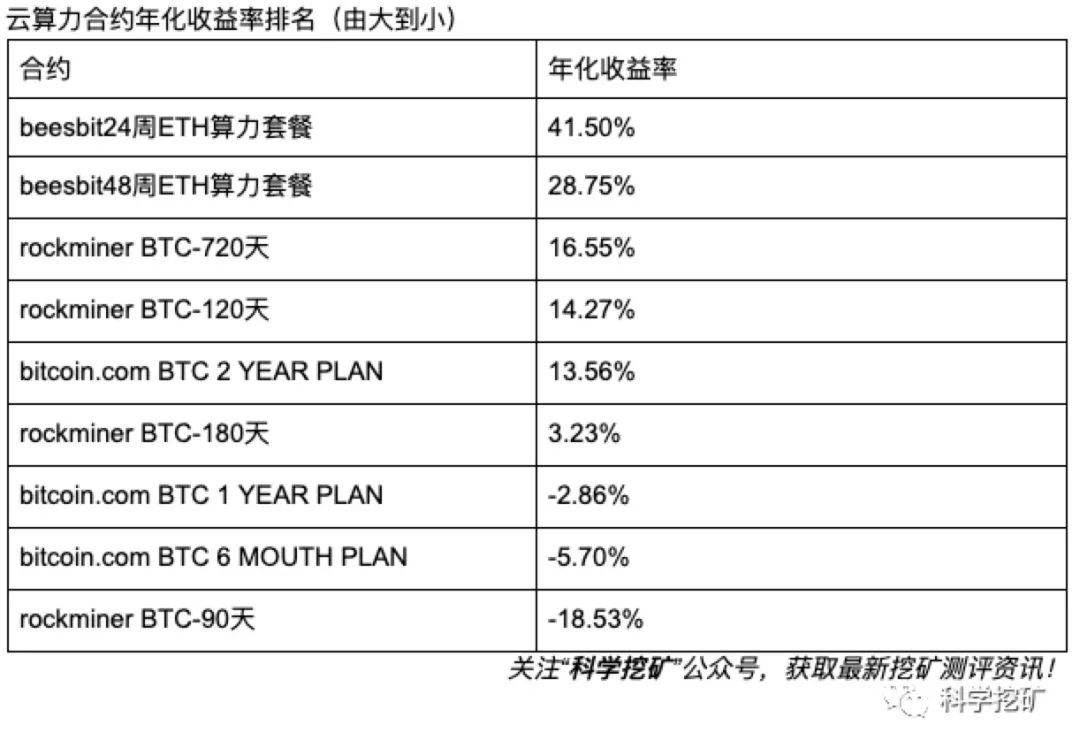 Prioritization takes into account the difficulty of input, the benefits and the risk of mining.

Pay attention to the "Scientific Mining" public number and get the latest mining assessment information!

Nobel laureate in economics: cryptocurrency should be shut down

Digital currency concept stocks continue to strengthen in the afternoon

Graphic Live | Baqian Vice President Ma Qianli: The biggest combination of blockchain and artificial intelligence should be above computing power