Recently, as the carrier of the Ali system blockchain strategy, the ant blockchain announced its major achievements in the past few years at the Ali Yunqi Conference, and proposed the latest blockchain ecological strategy, which attracted widespread attention in the blockchain industry. .

In the blockchain industry, Internet giants such as BAT have become one of the important players, and their various layouts are causing many speculations and concerns.

As the main bearer of the Ali system blockchain strategy, Ant Jinfu announced the main achievements of the past few years in the Ali Yunqi Conference in the past few days, and proposed the latest blockchain ecological strategy.

From an intuitive data perspective, the ant blockchain announced that its blockchain network has been able to support a scale of 1 billion accounts. The size of this account is not as bright as the network such as Ethereum, but the network can support 1 billion daily. Volume and second-level confirmation, equivalent to an average of more than 10,000 transactions per second, while achieving 100,000 cross-chain information processing capabilities per second, which is in a leading position in the blockchain network.

Jiang Guofei, vice president of Ant Financial Services, also said that the Ant Financial Blockchain has a technical team of more than 100 people, and its application has landed more than 40 scenes. It is the blockchain technology service provider with the most landing scenes in the world. It is understood that the ant blockchain has launched a blockchain solution in the areas of data deposit, anti-counterfeiting and supply chain finance through independent exploration and cooperation with Hangzhou Internet Court and Shangshang. Some scenarios have been realized. Commercial landing.

In terms of price, the standard price of certificates for contracts, copyrights, and finances is 0.01 yuan, 0.1 yuan, and 1 yuan respectively. However, services are currently offered at a preferential price of 50% or more, of which the annual fee for contract certificates is 135,000. /year. In terms of sales volume, the product has sold a total of 6 in the last 180 days, not too much.

At this stage, the ant blockchain still relies more on special docking to expand the landing scene. At the summit, Ant Financial announced that it has reached a strategic cooperation with Bayer, the world's largest seed and pesticide company. The ant blockchain is mainly responsible for ensuring the authentic traceability of seeds and pesticides, as well as the acquisition of key node data of the entire industry chain. , check, and ensure that it cannot be tampered with.

Based on the operational data of these chains, the ant blockchain can also provide comprehensive services such as sales and credit for companies downstream of Bayer Biotech with the help of the ecological power of the entire Alibaba economy.

At the same time, the ant blockchain is also attracting developers by organizing various developer events to jointly explore the landing plan of blockchain technology. For example, the blockchain innovation competition launched this year, the total bonus of the ant blockchain is as high as 1.8 million yuan. In the end, 10 projects including blockchain data trading platform, digital equipment leasing chain, EverWallet blockchain electronic wallet, chain shared car, and ipfsCMS interstellar collaborative creation system were selected for the finals.

However, the highest level of information at this summit is the new product and future roadmap for the ant blockchain. At this summit, Ants released the cross-chain product "Open Data Access Trusted Service (ODATS)", which provides intelligent contract cross-chain service capabilities to achieve low-cost cross-platform interaction between chains.

Nowadays, both giant companies and entrepreneurial projects tend to develop a chain independently when entering the blockchain, which makes more and more blockchain networks born. In the current network state, each blockchain network is difficult to achieve. Interconnected with each other, the data on the chain of various third-party users are mostly distributed in different networks. In fact, it is contrary to the concept of blockchain interconnection and intercommunication, and it will cause some troubles for third-party users.

In Jiang Guofei's view, the blockchain LAN will be the final stage. Therefore, the ant blockchain needs to build a cross-chain communication infrastructure, and cooperate with the well-known blockchain project Hyperledger in the cross-chain field and eventually produce the ODATS product.

This independent online service market means that the ant blockchain has modularized and provided services to most of its blockchain capabilities, while more service providers offer more vertical uplink solutions, which allows more third parties to More convenient access to the ant blockchain network.

In early November, the ant blockchain program was launched on the line to open the alliance chain. Specifically, the ant blockchain hopes to provide a low-threshold alliance chain construction technology for third parties. At the same time, developers can independently design different economic models and incentive management methods, and members of the chain must participate in collective consensus through identity authentication.

From various strategies and plans, the ant blockchain has a clear development path, trying to replicate the strong B-end expansion capability of the Ali system, first to expand the B-side scene and create a rich development ecology for developers, and then to C It will be a long process to explore and apply the scene.

In fact, overall, BAT's blockchain strategy is roughly the same, and they have chosen the alliance chain to build a blockchain BaaS platform and provide services to the outside world. Compared with existing public chain projects, BAT's alliance chain is mostly built on its own cloud server, and some are built on partner servers, but the specific information is very opaque, which makes them think that many people are hanging decentralized areas. The sheep head of the block chain, selling dog meat with centralized cloud computing resources, has no practical value.

But for most customers, this is indeed the easiest way for them to try blockchain technology, so that companies do not need to build their own infrastructure, deployment costs, compliance risks are relatively low.

Specific to the blockchain situation of Tencent and Baidu, the two new scenarios in the past six months have not had much advantage in terms of opening up movements and momentum, but the two have achieved deeper operation and exploration of existing scenes. Good results.

The chain catcher found that Tencent has long focused on exploring the blockchain in the financial scene. In early 17 years, it launched a micro-gold project based on its alliance chain, and improved the efficiency of reconciliation among multiple banking systems through blockchain technology. You can buy gold at the low threshold of WeChat.

Since then, Tencent United Alliance has launched a micro-enterprise chain, plans to connect all parties in the supply chain and financial institutions through the blockchain, and completely record the chain, circulation, split and redemption of assets, and build a blockchain based on the blockchain. The accounts receivable electronic debt multi-level flow BAT blockchain strategy platform.

Among them, when the original assets are registered on the chain, the supplier's accounts receivable are reviewed and verified and confirmed to ensure the authenticity of the assets on the chain. By the end of the year, the micro-enterprise chain had already served 71 companies, which could reduce the interest rate by 2 to 8 points compared with traditional bank loans.

At the beginning of August this year, the blockchain supply chain financial business of Tencent's micro-enterprise chain and Standard Chartered Bank successfully landed. The two will rely on the credit transfer of core enterprises to obtain the panoramic information of the industry chain for the core enterprises and help strengthen the supply chain management of enterprises.

The electronic invoice is also the most successful concrete scene of the blockchain in Tencent. In August 18, Tencent and Shenzhen Taxation Bureau launched an electronic invoice based on blockchain to solve many problems such as the long-standing false report of traditional invoices, and opened up many invoicing enterprises, tax bureaus, reimbursement enterprises and users. Let the capital flow and invoice flow BAT blockchain strategy be merged into one.

In August of this year, the electronic invoices of the blockchain in Tencent District have successively covered more than 100 industries such as catering and transportation. More than 5,300 enterprises have been connected, and more than 6 million electronic invoices have been issued in the blockchain, with a total invoice amount of 4 billion yuan.

A few days ago, Tencent also participated in the $20 million Series A financing of Everledger, the UK blockchain technology development service platform. In a press release, Everledger said it will launch the world's first WeChat applet to support blockchain diamonds, linking key stakeholders in the diamond value chain to enable WeChat users to purchase more transparent and safer jewelry.

On the other hand, Baidu's blockchain strategy has launched a number of solutions, such as justice, intellectual property, data collaboration, and edge computing. At the same time, it has more than a number of layouts around the judicial deposit scene. Billion, this year has been the Beijing Internet Court, Guangzhou Internet Court, Qingdao Arbitration Commission, Beijing Guoxin Notary Office and other authoritative public security law institutions to participate in cross-chain synchronization.

According to Baidu's statement, Baidu Super Chain provides a one-stop electronic data security solution that integrates electronic data forensics, deposit certificate, certificate and legal aid, and records the whole process of electronic signing, such as user authentication, data creation, storage and transmission. The Internet courts and other authoritative public prosecutions have synchronized across the chain, making electronic data a court evidence, reducing the cost of safeguarding rights and improving judicial efficiency. Currently, it has been widely used in copyright, medical, traceability, advertising and other industries.

In general, BAT has paid considerable attention to the exploration and development of the underlying blockchain architecture, and proposed various blockchain vertical solutions based on certain different industries in its alliance chain. Among them, Ali has a relatively large momentum and action in the blockchain, and has the largest number of related patents, and has extensively explored based on its rich business scenarios;

Although BAT has a lot of controversy about the blockchain strategy, some of the B-side scenarios have already run through, which is undoubtedly a positive signal for the blockchain industry. 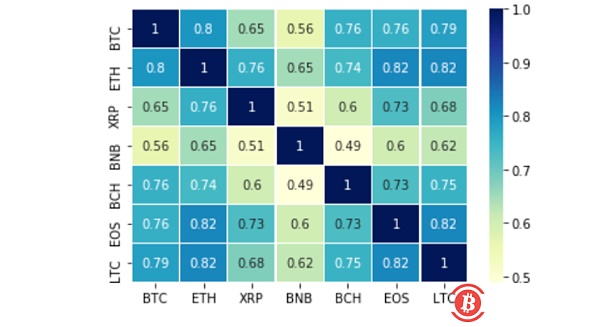 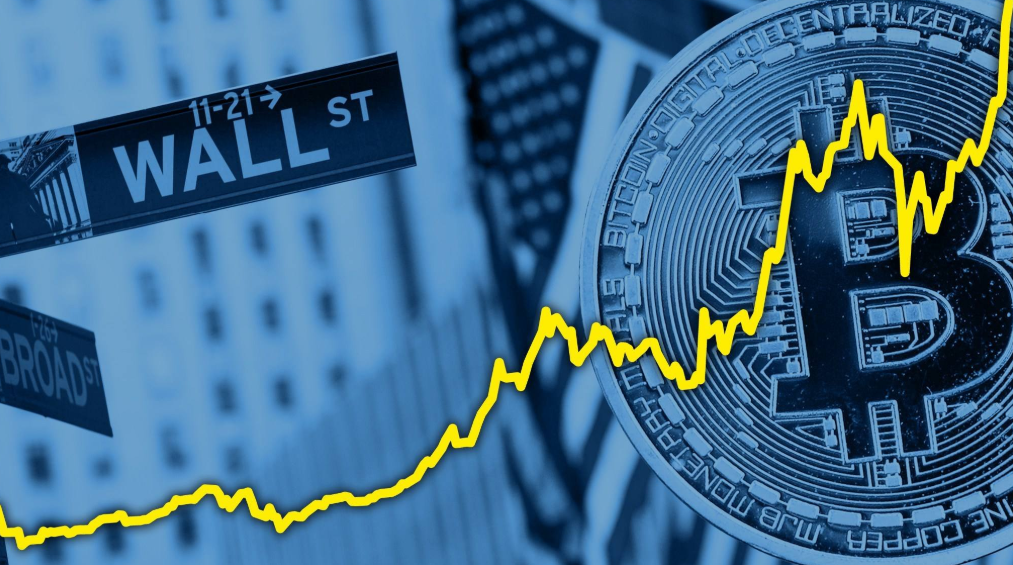 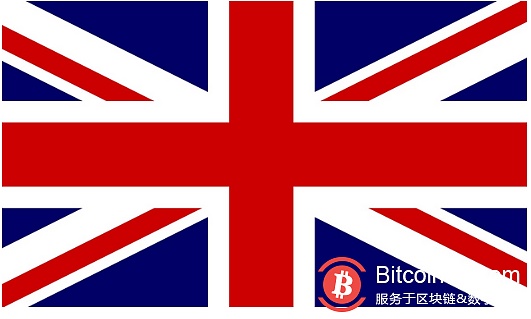