Recently, the price of Bitcoin continued to fall, from around 12,000 US dollars on the left high (August 6) to around US$ 8,100 in recent days (September 29), and the drop in 54 days was about 32.5%. On the other hand, the overall network computing power also showed a short-term decline. BitInfoCharts showed that bitcoin's total network computing power fell to a low point on September 27, which was about 79.9EH/S, which was 19.3% lower than the recent high of 99.1EH/S on September 16. According to media reports, the instantaneous power of the whole network fell to 67EH/S on September 23, with the biggest drop of about 34%.

The price of coins and the power of calculations have fallen, and the panic in the market is pervasive. Will Bitcoin continue to fall? Does the decline in computing power mean that the mining boom is no longer there? From the correlation between currency prices and computing power, where is mining now? How will the future develop?

1. At the current currency price, there are already 2 models of mining machines losing money, but the remaining 59 models of mining machines are all profitable, and mining is still profitable.
2. The “three giants of mining machine” formed by Bitian, Jianan, and Yibang International has been loosened, and Shenma Mining Machinery and Core Mining Machine have excellent profitability.
3. From the development history of Bitcoin in the past ten years, bitcoin mining has formed a three-year cycle, consisting of a one-year profit period and a two-year adjustment period. At present, bitcoin mining is at the end of the adjustment period.
4. From the internal perspective of the cycle, the price increase of the currency from the beginning of April to the beginning of July this year is significantly higher than the increase in computing power, forming a small profit period.
5. From the historical perspective, the calculation power always shows a rising state, so the difficulty is almost inevitable, and the market does not have to over-interpret the recent difficulty increase.
6. The profitability of the mining industry will become more and more difficult in the future, because in the case of a significant increase in the calculation capacity of the new mining machine, unless the currency price shows a general increase in 2017, the profit will be attributed to the winner in the stock computing.

The mining machine "Big Three" may have changed

Bitcoin, Jianan Zhizhi and Yibang International are the “Big Three” among the mining machine manufacturers. Last year, three companies sought listings on the Hong Kong Stock Exchange. Although they all ended in failure, the “Big Three” had a lot of profit in the last round of bull market. However, according to the latest mining profitability rankings, in addition to the ant's mining machine in Bitland is still in the forefront, Jianan Zhizhi and Yibang International's mining machines have fallen out of the top ten . Among the top 10 mining machines with the highest daily net income, Bitcoin still performed the strongest. The ant mining machine series accounted for 4 seats, followed by Bitmicro's Shenma series, which accounted for 3 seats. In addition, Core Dynamic Technology, Bitfury and Strong U each occupy one seat. However, Jianan Zhizhi's Avalon mining machine and Yibang International's Wingbit Mining machine did not enter the top 10 of the profit list.

Judging from the ranking of the list, the pattern of the “Big Three” has been loosened, and new mining machine manufacturers are grabbing the market.

According to the current currency price, there are already 2 mine machines that will lose money when they start up. They are Shenma M3 and Ant V9. The net income per day is -0.06 US dollars and -0.34 US dollars respectively. Shenma M3v2 is also close to loss. The net income per day is close to $0. In addition, wing net E9.3, ant S9, wing bit E9i, Avalon A821, wing bit E9.2, ant T9+, wing bit E9+, Avalon A741 single net income are also less than 1 dollar. These 10 models of mining machines are the most profitable in the market. It can be seen that the mining machines with the worst profitability in the market are mainly from the early mining products of Bitian, Jianan, and Yibang International. The power of these mining machines is mostly lower than 15T, and it is very likely that they have already been mined by miners. The replacement market is upgraded to a new product, and the actual market share may be extremely low. Therefore, according to the current currency level, the mining industry is still profitable and may still be considerable.

Mining is at the end of the adjustment period

When PAData observed the Bitcoin mining cycle earlier, it was found that from the relationship between the bitcoin price and the computing power in the past ten years, the development of the mining industry has a three-year periodicity, with a main profit period of about 1 year and 2 years. The adjustment period consists of the left and right. The CEO of BTC.com, head of the head mine pool, said in an interview with PANews earlier that the mining industry does have such a cyclical law on the surface, but the formation mechanism behind it is very complicated, and it will be subject to the mining machine production cycle, chip development cycle and so on. The impact of the external environment.

Rising difficulty is an inevitable trend Howard Marx, the co-chairman and founder of Oak Capital, believes that a series of events in the cycle have a causal relationship in the book Cycle. In the mining cycle, the rise in the price of the currency – the increase in computing power – constitutes a causal chain reaction. However, the process of triggering the causal reaction mechanism has a certain lag. Zhuang Zhong also said in the interview that he saw the price of the currency from the market began to mine, and there will be a time lag of about two to three months in the middle.

Therefore, the market does not need to over-interpret the continuous upward adjustment of the difficulty of mining in the near future. From the historical cycle, this may be the lag effect brought by the short-term small profit period in the current round of adjustment period. Moreover, the calculation power of the new mining machine will only be higher and higher. For example, the Bitfury Tardis B8 has reached 80T, the Shenma M20S has reached 68T, and the ant S17e has reached 64T. The inevitable result of the new mining machine being put into use is that the whole network has increased in computing power. From this perspective, in the long run, it is almost inevitable that the difficulty will continue to rise. 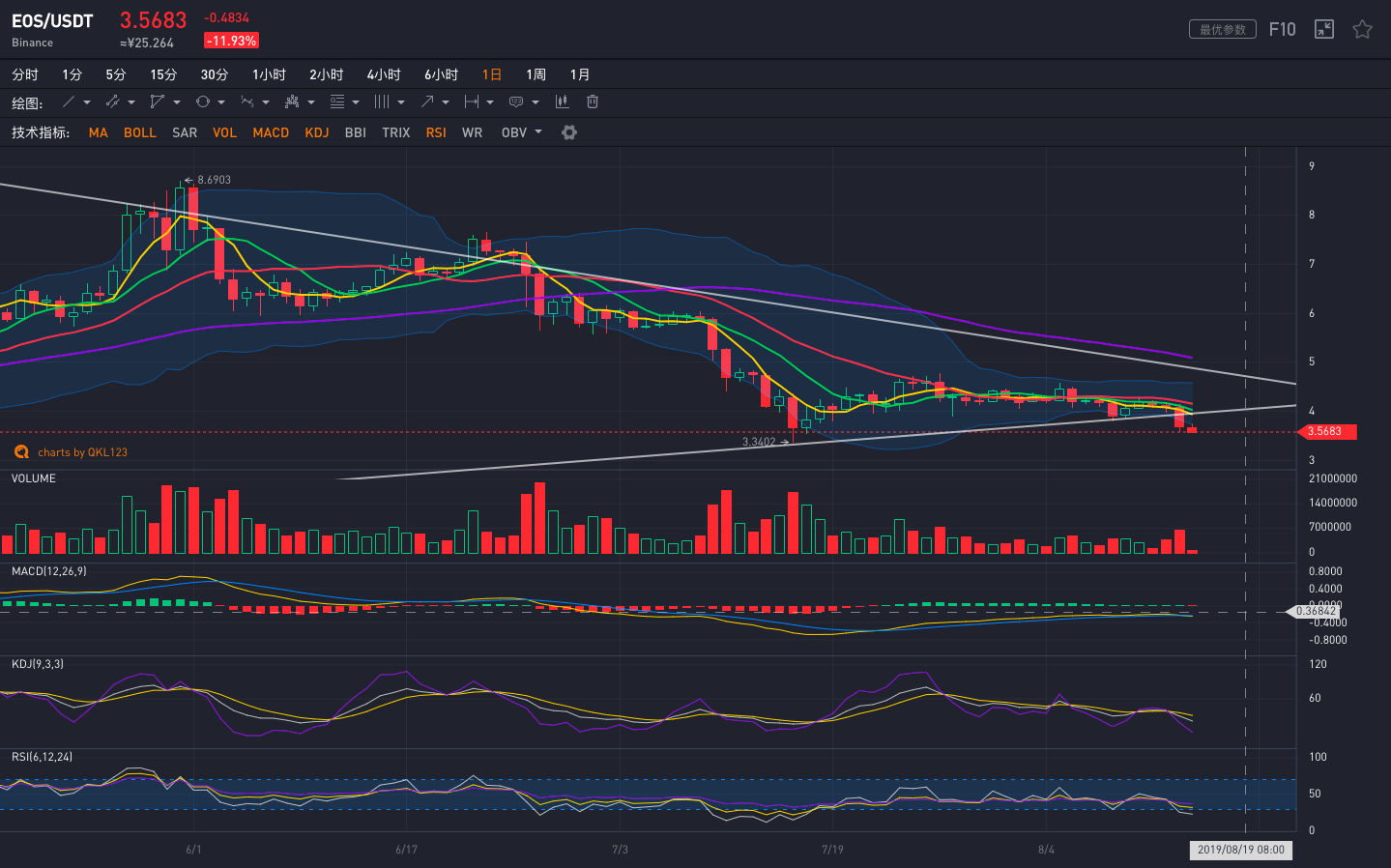