April 16th market analysis: the new love between the exchange and the project side

According to the official announcement of the currency security, the currency security decided to stop trading at 18:00 on April 22, 2019 and remove the BCHSV. After the transaction is stopped, all pending orders will be automatically removed. Users can withdraw cash before 18:00 on July 22, 2019, after which the cash withdrawal function will be turned off. This explosive news broke the entire currency circle yesterday. It was normal to have many small currencies removed from the shelves. The BSV was removed from the shelf and it was the largest currency in the history of the shelves. Outside the Swiss encryption exchange ShapeShift also announced that it will release the BSV and Blockchain wallet within 48 hours and announced that it will no longer support BSV. All kinds of negative news make BSV become the object of everyone's call overnight. In fact, who is wrong? They all have their own judgments. As long as they stand in the perspective of retail investors, the price of BSV will not return to its original position for a while, and the retail investors who are stuck in high positions will not be able to return to this. This is a worried. Pull it a bit far, pull back and talk about today's market!

BTC: Let's take a look at the 1 hour disk surface. It is extremely shrinking all day. In the early morning, it will be pulled up after 4935. From the quantity, we can see that the strength of both parties and the two sides is relatively balanced. The strength of the squat and the pull-up are limited. The probability that the market will continue to oscillate is greater. 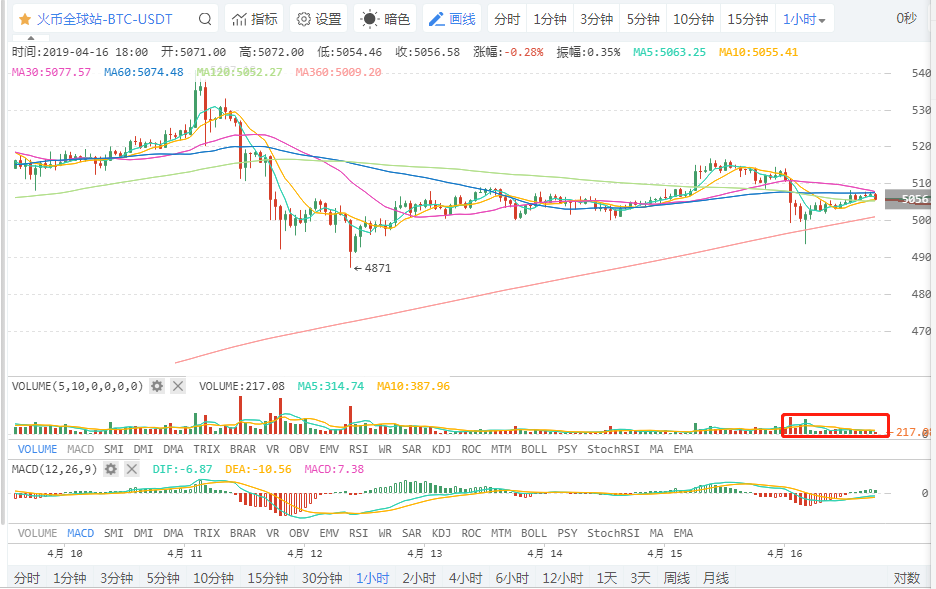 Looking at the 4-hour level, it is more obvious that the amount of energy can shrink. If the amount of fire coins can not be replenished tonight, it is necessary to be alert to risks. This level of support is 5000/4800. 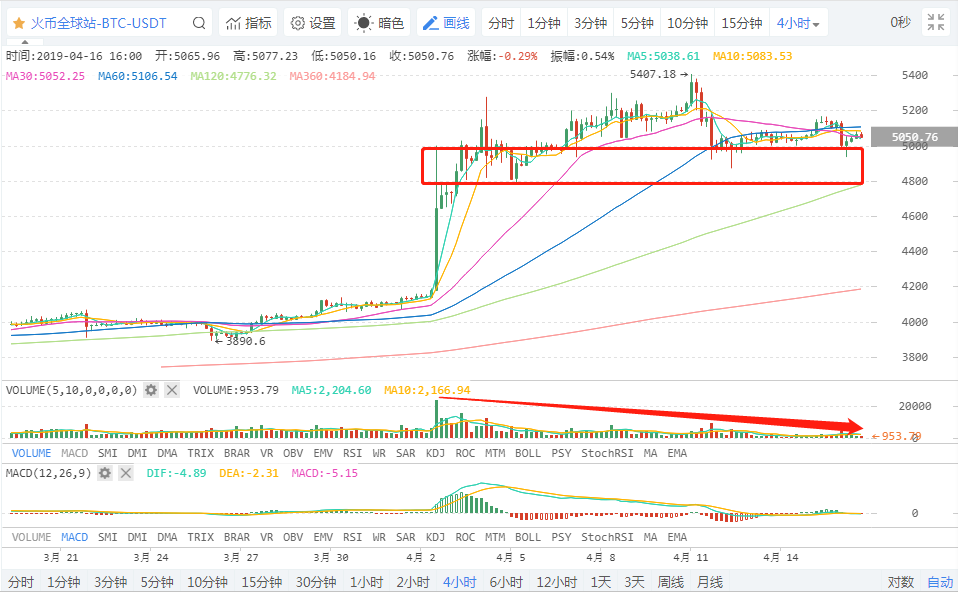 Looking at the daily average, the upward pressure is on the 10th line at 5118. 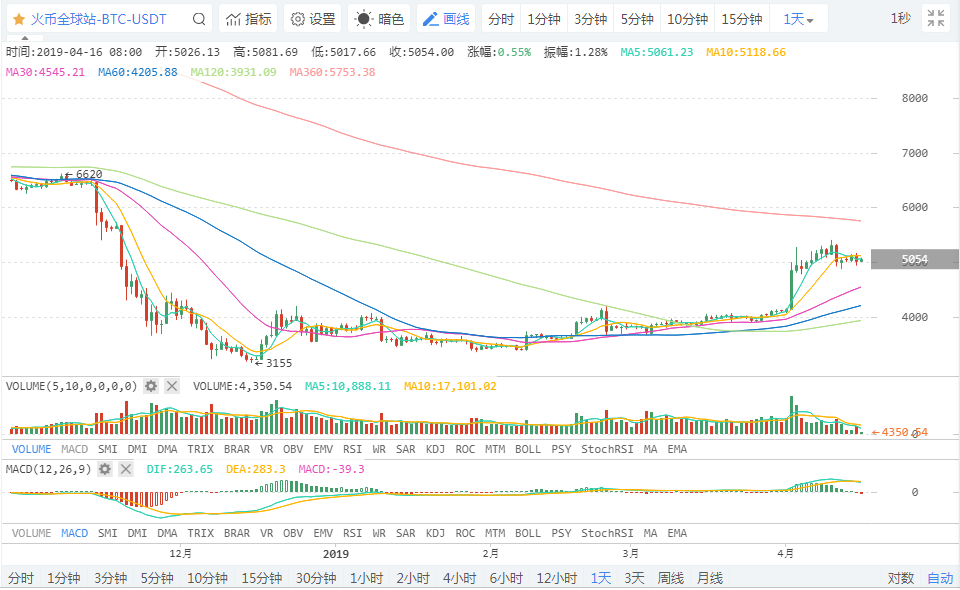 In summary, the overall disk surface is generally, the first support level is 5000, the second support level is 4800, the first pressure level is 5118, and the second pressure level is 5200. Focus on the return of funds after the fire coin hits tonight, if it can not be improved, please Be alert to risks. At present, more than 5,000 can still hold the currency, and break below the lightening of 4800 to stabilize and replenish! 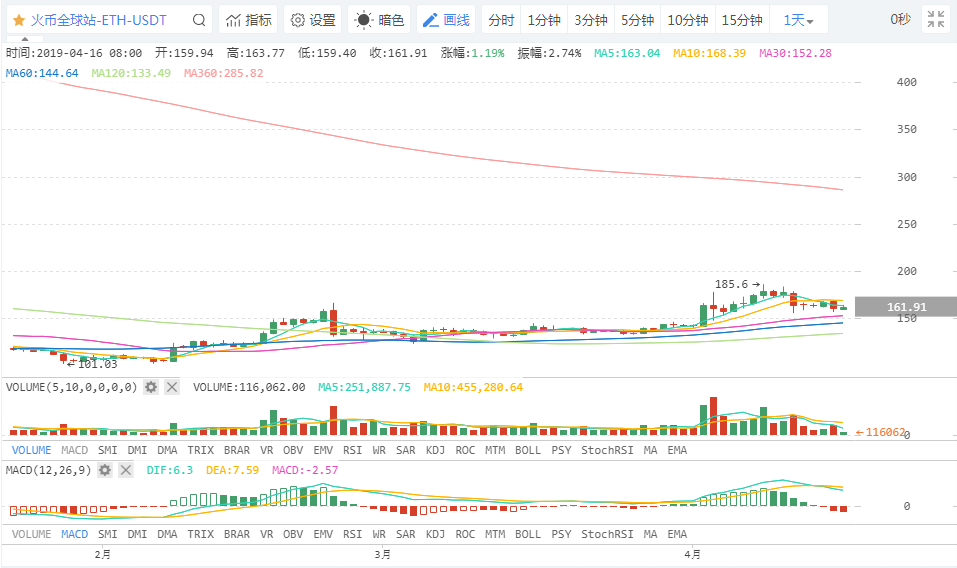 EOS: The trend is still relatively good. Currently, it continues to rely on the 6-hour MA60 (5.28) to continue to oscillate. The market outlook suggests that you can continue to hold the currency above the position. At present, the support level is 5, and the pressure level is 5.6. It is recommended to continue to hold the currency at 5.28 or above, and fall below the appropriate lightening position to cover the area. Still optimistic about the performance of the grapefruit in the middle! 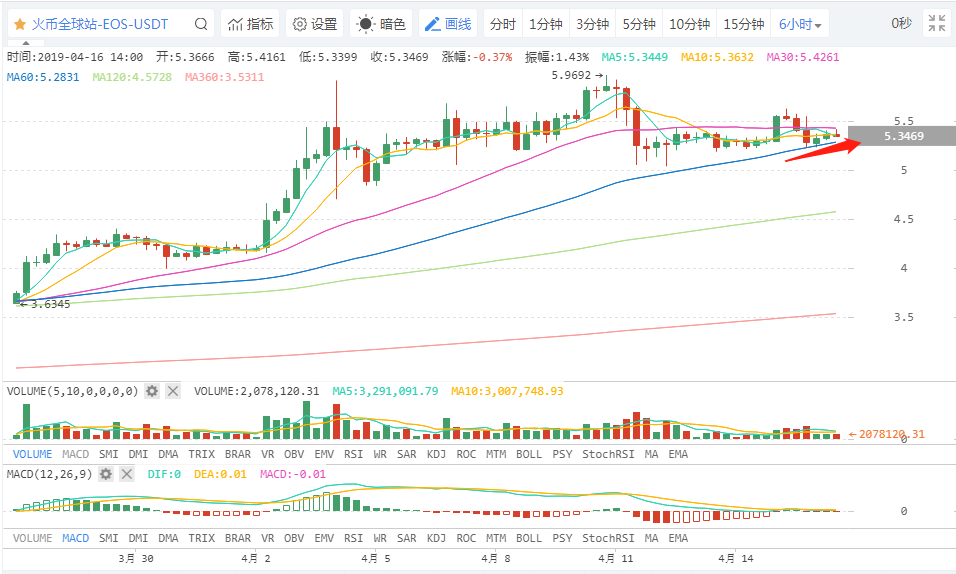 XRP: Ruibo has always been good, but the main force has not been moved, and the long-held people must have gained. At present, the support level is 0.3 and the pressure level is 0.34. It is recommended to continue to hold it. One day, the benefits of Ripple believers will make people's eyes come true! 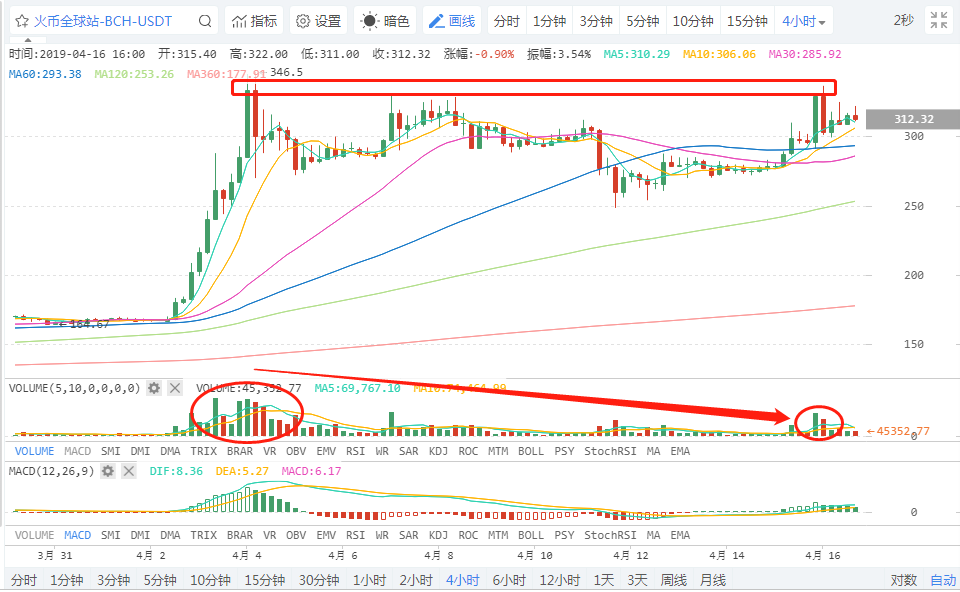 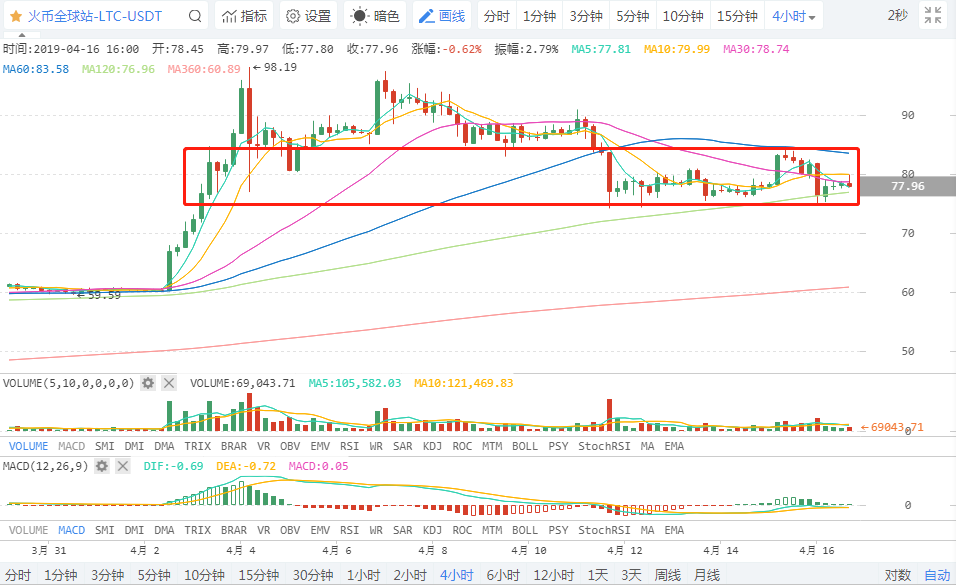 HT: Today, it completely fell below the annual line (2.23). This coin was sold at least a week ago and let everyone rallied. I will tell you about HT and OKB in the article on April 5/8/9. The overall gameplay of the two coins is currently in full view! ! The current support level is 2, and the pressure level is 2.34. It is expected that there will still be a wave of corrections after playing new tonight.

OKB: Support level 1.27, pressure level 1.5, will continue to be weak before the second item is released! Everyone can pay more attention to the official Weibo of OKEX, and there is news to make a layout and rebound!