Recently, at the Coindesk Asia Investment Conference in Singapore, I had the opportunity to give a keynote speech on the current state of the Asian encryption market. In the past few years, I have been observing the cryptocurrency market every day. This is a great opportunity for me to take a step back and see how the cryptocurrency market has evolved over the past five years from a more macro and comprehensive perspective.

In preparing for this keynote, I and my team at CoinGecko found some amazing things. We have found that in the past five years, the cryptocurrency market has transformed from a Western-led industry to an Asian-led industry.

1. The current cryptocurrency mining is dominated by Asia

Five years ago, in June 2014, according to the power distribution, only one of the top 10 bitcoin pools came from Asia. The only representative of Asia is the Discus Fish now known as the "F2Pool".

Then time fast forwarded for 5 years to the present, the situation is very different. From the distribution of Bitcoin calculations on August 2, 2019, eight of the top 10 Bitcoin pools in the computing power are from Asia, and more specifically from China. Only two of the mines are not from China, Slushpool (from the Czech Republic) and Bitfury (from Georgia).

Bitmain is a vertically integrated bitcoin mining company from China that directly controls the two largest pools of BTC.com and AntPool. It also indirectly controls the world's seventh largest mining pool, ViaBTC, through significant investments. In general, the power of bit-continental control is 40% of Bitcoin's total power.

As can be seen from the above chart, the bitcoin control from China's mine pool control exceeds 80%. In fact, the distribution of the pool is not a perfect indicator of the distribution of mining hardware. However, this report from Coinshares in June 2019, as well as reports from other sources, reached similar conclusions, indicating that the current bitcoin mining activities are very concentrated in China:

We currently estimate that 60% of the global mining industry occurs in China, while only one province in Sichuan accounts for 50% of the global computing power, and the remaining 10% are distributed between Yunnan, Xinjiang and Inner Mongolia. The proportion of these three provinces is similar. .

The same is true of the mining of Ethereum. Three years ago, in May 2016, there were only two large mining pools in Asia, F2Pool and Miningpoolhub. Six of the top 10 mining power pools are now from Asia. Five of them are from China and one (Miningpoolhub) is from South Korea.

The pool from Asia dominates the distribution of cryptocurrency, a trend that can be observed in many other cryptocurrencies that use proof of work (PoW).

2. The mortgage is largely dominated by Asia.

One might say that China has an inherent advantage in mining because Chinese miners can use cheap electricity or quickly get the best ASIC mining hardware from companies such as BitChina.

However, when it comes to the Debt Proof (DPoS) token, the above two advantages are gone. Without these advantages, we can expect to see a more level playing field with participants from all over the world.

It is a pity that this is not the case. To take an extreme example, on August 3, 2019, we looked at the block distribution of EOS. We observed that 80% of EOS's Block Producers (ie, Super Nodes) are from China. Of the 21 “super nodes”, 18 are operated by China, although they may not have the label of “country of origin” in China.

3. Most of the new exchanges come from Asia

Over the past year and a half, according to CoinGecko's observations, the number of new exchanges has increased by 706% to 318. When we looked at the country of registration, we found that 40% of these new exchanges came from Asia. There are also many other exchanges operating in Asia that have chosen to cooperate with island countries such as Malta, Seychelles, the Cayman Islands and the British Virgin Islands.

The increase in the number of new exchanges has led to fierce competition between them. The exchange has taken various measures to expand the volume of its reported transactions, making the transaction volume look bigger than it actually is. They use some methods that exaggerate the reported volume, including trading incentives, cleaning transactions, transaction cost mining, and completely forged API data.

In order to standardize the exaggerated reporting volume, CoinGecko introduced a Trust Score (the most recent trust score is 2). When standardizing exchange volume, we found that 58% of the exaggerated volume came from Asia.

4. Singapore leads the world in ICO and IEO distribution

In 2018, Singapore completed a total of 228 ICOs with a total financing of US$1.6 billion. The location of the Ethereum Foundation in Switzerland is only the 6th most popular ICO region in 2018.

In 2019, IEO (the opposite form of financing from ICO) became the most popular form of financing. In the first half of this year, Singapore once again led the world. A total of 72 IEOs were conducted, raising a total of $130 million. The Asian Exchange is the most active IEOs event, such as Gate.io, Bitforex, Coin, Kucoin, and Firecoin.

5. Asia leads the world with innovation

Coin is the most innovative exchange in the world to date. It has introduced many other exchanges to follow suit. For example, it pioneered the "exchange-token" model, which is currently standard on exchange operations, especially Asian exchanges.

Earlier this year, the currency started with BitTorrent IEO and started the trend of IEO alone. Since then, it has launched its own public chain, the Binance Chain. In addition, Coin Security also launched the first Dapp (Decentralized Application) – Coin Dex (decentralized exchange).

Coin security is just one example of many Asian companies that are driving innovation. If this trend continues to evolve, it would not be surprising if we see more innovation emerging from Asia in the next few years.

In the past five years, the cryptocurrency industry has grown many times. If you are based in Asia, this is currently the most beneficial for you, because the focus of the encryption industry has shifted to Asia. We have seen many Asian companies actively embrace challenges, drive progress and innovate.

We are very happy to be involved in the development of the Asian encryption industry! 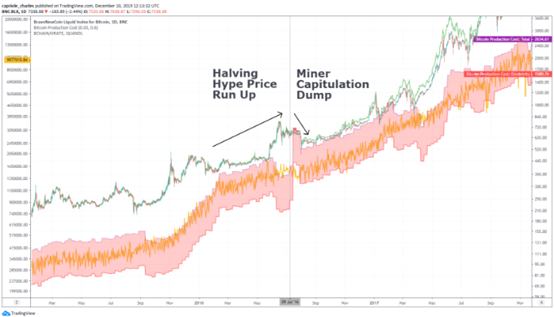 Director Kraken: Bitcoin is largely at the beginning of a bull market