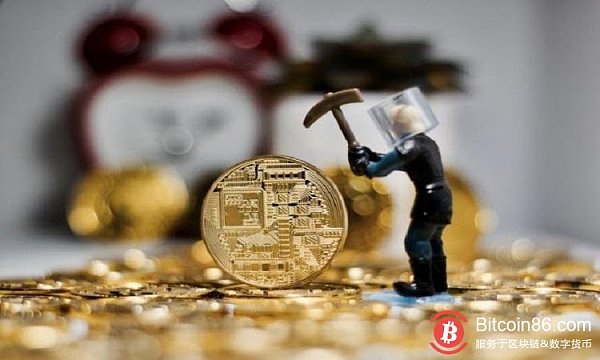 A bizarre asset cutting and selling is triggering the curiosity of the currency circle for the Huatie Technology cloud computing server leasing business. Various clues seem to imply that China Railway Technology is the largest bitcoin mining giant in the A-share market. But there is no clear proof of this, just the speculation of the currency circle.

Huatie Technology, which is gaining momentum, will hold its annual shareholder meeting today. One of the mysterious motions – "On the equity transfer of Xinjiang Huatie Hengan Construction Safety Technology Co., Ltd. (referred to as Huatie Hengan) and the provision for impairment of assets" was closely watched by the currency circle.

What is amazing is that China Railway Hengan was established less than one year ago, and the cloud computing server business has experienced huge asset impairment. Its 100% equity has shrunk by 40 million yuan in just two months this year.

The transaction was not only a question of the transfer price, but Huatie Hengan did not disclose the information about the leased customers of the cloud computing server, and the business logic seemed to be lacking. What's more interesting is that the so-called cloud computing business has purchased 36,500 servers from two major bitcoin mining machine manufacturers. Behind this hasty equity transfer and impairment, is the first case of A-shares to show off the street, or is there another hidden feeling?

In just two months, the value of 100% equity transfer of Huatie Hengan, which has cloud computing server business, plummeted from 59 million yuan to 10 million yuan. The exchange also has inquiries about this.

On March 27th, Huatie Technology announced the announcement of the sale of 100% equity of Huatie Hengan, but the valuation has shrunk by 80% compared with January. According to the audit report, as of February 28, the net asset of Huatie Hengan was 12.1 million yuan. The parties to this agreement unanimously agree and confirm that the transfer price of the underlying shares is RMB 12.28 million.

In the previous January, China Railway Technology announced for the first time the announcement regarding the equity transfer of its subsidiary Huatie Hengan and the provision for impairment of assets. At that time, Huatie Technology intends to transfer 100% equity of Huatie Hengan. According to the evaluation results of the evaluation agency, the equity transfer was also RMB 59.75 million.

Huatie Technology stated that in order to reflect the company's financial status, asset value and operating results more objectively and fairly, according to the "Accounting Standards for Business Enterprises" and the relevant accounting policies of the company, based on December 31, 2018, the company will Hengan's provision for impairment of fixed assets was RMB 95,300,600, and provision for bad debts of accounts receivable was RMB 2,474,000, and the total amount of assets depreciation prepared by the target company was RMB 97,504,600.

Through this transaction, it is beneficial to optimize the company's asset structure, focus on the main business, enhance the core competitiveness, and will not adversely affect the company's main business, sustainable operation ability and financial status, and there is no harm to the interests of the company and shareholders.

The equity transfer and the huge amount of impaired close-up companies were less than a year old.

Huatie Hengan is a wholly-owned subsidiary of Huatie Technology Co., Ltd., which is a wholly-owned subsidiary of the “Building Safety Support Equipment Rental Service Capacity Upgrading and Expansion Project” for the non-public offering of equity fund-raising investment projects. The registered capital is RMB 170 million, all of which are raised by non-public offering. Invest.

In order to facilitate the overall package sales of cloud computing servers and other related businesses and the effective implementation of the implementation of the Huatie Hengan fundraising project, on December 21, 2018, Huatie Technology transferred the assets of Huatie Hengan and construction leasing to a book value of RMB 200 million. To the company's wholly-owned subsidiary Huangshan Huatie. At this point, the company's main business has become the cloud computing server rental business segment.

From the China Railway Technology Announcement, it is difficult to understand the Huatie Hengan cloud computing server leasing business. Many people in the currency circle speculate that the big probability is the bitcoin mining machine business. 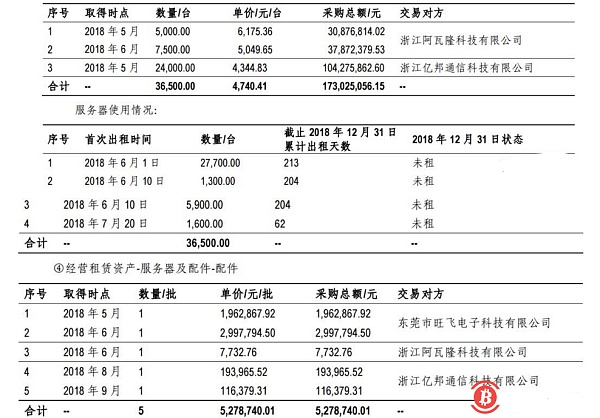 As a computer server, it is difficult to depreciate more than half or even greater in a year, unless such a bitcoin mining machine. Coincidentally, the sourcing party is precisely two of the three giants of the mining machine – Avalon and Yibang Technology. According to public information, the two companies only produce mining machines, and there is no ordinary computer server business.

From this perspective, it is highly probable that the Huatie Hengan cloud computing server is likely to be the bitcoin mining machine business.

This has also triggered a heated discussion in the currency circle .

In the past year, Bitcoin prices have also been a roller coaster-like trend. Huatie Hengan, which purchased 36,500 servers in June in the first half of the year, should be the happiest company.

At this time, the price of Bitcoin is above $6,000, and Huatie Hengan should be profitable. At this time, whether it is renting a mining machine or speculating coins is profitable.

However, since November 2018, Bitcoin has finally collapsed, ending in 2018 with a lingering attitude, and the final price is fixed at $3,500.

If it is indeed a mining machine business, it can be imagined how great the lethality is for Huatie Hengan.

The business model of leasing business is puzzling

The management of Huatie Hengan believes that the server and ancillary equipment have shown signs of impairment, and the relevant assets have been tested for impairment at the balance sheet date. The test results show that the recoverable amount of the assets is lower than its book value, and the management determines that the relevant assets appear. The impairment was made and the impairment provision was made based on the difference between the book value and the recoverable amount.

However, this can only explain the background of Huatie Hengan's losses, but it is difficult to explain the business model of cloud computing server leasing.

According to the company's disclosure information, in 2018, Huatie Hengan generated a server rental income of 53 million yuan. However, from the perspective of the company's only managed services, it will cost more than 54 million. It is difficult to match the obvious expenditures. Such a business is difficult to describe in a business model. Not only that, but the so-called cloud computing server also costs 200 million yuan. Isn’t the depreciation calculated?

Who will do this business leasing business? The business is full of doubts.

What is even more puzzling is that, unlike other operating leasing businesses, the Huatie Hengan cloud computing server leasing business did not disclose leasing customers. Others have been disclosed. 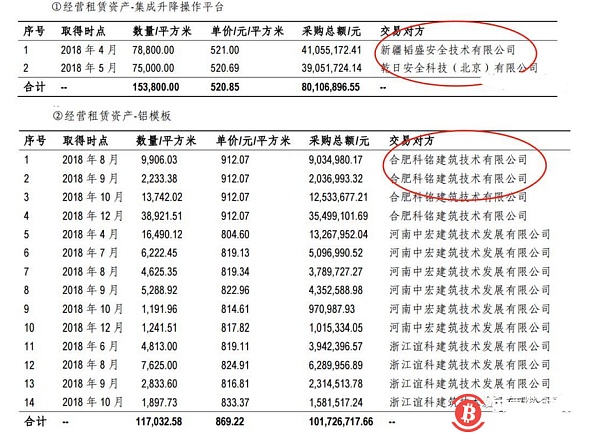 In fact, it is easy to judge the business if there is a lease transaction detail. If it is a relatively mature leasing business, the funds are relatively clear.

The low-value transfer of equity and the significant impairment of assets have made the long-deposited currency circle very lively. In the end, is China Railway Technology the largest invisible mining company in the A-share market?

This is only a speculation of the currency circle, and everything still needs to be based on public information! (West Tower Finance)

Bitcoin plunges in "mine circle"…