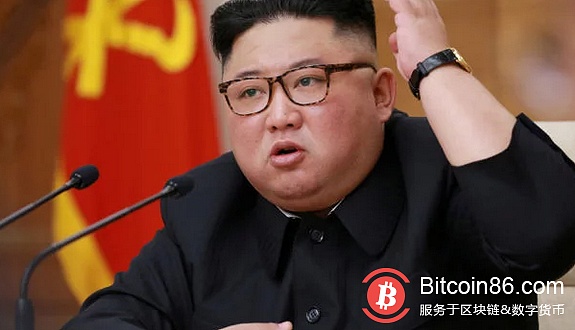 According to the Royal United Services Research Institute (RUSI), one of the main ways in which North Korea finances its weapons of mass destruction program is cryptocurrency, which is largely illegally obtained.

It is estimated that North Korea may have accumulated cryptocurrency worth 545 million to 735 million US dollars.

This "isolated" country has a lingering relationship with various cybercrime activities, the most profitable of which is hacking into cryptocurrency exchanges.

North Korea is not keen on good neighborliness

The report further adds that there are thousands of cybercriminals working for North Korea. Among the North Korean cybercrime organizations funded by these countries, the most famous is the Lazarus Group:

In 2015, South Korean intelligence agencies estimated that North Korea employs more than 6,000 network experts. Since then, this number is likely to continue to grow. There are Lazarus groups in this group. It is reported that Lazarus Group is now affiliated to the 6th Technical Bureau of the North Korean Reconnaissance General Administration, also known as Unit 180 or Bureau 121. Although some experts still dispute whether the unit 180 or the bureau 121 refers to Lazarus, this does not seem to be the most important thing.

The reason why North Korea used the Korean cryptocurrency exchange as its main attack was because the encryption industry is a fast-growing industry in Asia's fourth largest economy. The Korea Exchange has a 16% share of the global exchange market.

In addition to attacking exchanges, South Korea will also conduct encryption hijacking. Of course, the victim is a Korean company. Previously, a network group called "The Hermit Kingdom" hijacked a Korean company's server to mine Monroe, and also dug 70 Monroe coins.

The RUSI report is very similar to the information published by a UN team. Last month, the committee pointed out that North Korea has accumulated millions of dollars by stealing cryptocurrencies.

However, North Korea’s efforts to circumvent international sanctions are not surprising. Some regional participants even publicly expressed their dissatisfaction. For example, Japanese Foreign Minister Taro Kono recently told the Financial Times that the international community’s sanctions against North Korea are full of loopholes.

RUSI’s report coincides with North Korean leader Kim Jong-un’s willingness to meet again with the US president. Last week, Kim Jong-un said in the North Korean parliament that he was willing to hold the third summit with Donald Trump. But the condition is that "the United States is approaching us in the right way."

In this regard, Trump said:

“I agree with North Korea’s Kim Jong-un’s view that our personal relationship is still very good, maybe the word “excellent” will be more accurate, and the third peak will be good, because we fully understand their respective positions. North Korea has great potential. …— Donald J. Trump (@realDonaldTrump) April 13, 2019”

TS Runway Funds Defence Action: 96,807 ETC parts of running funds have been found, of which 11,245 are suspected to flow into the exchange.

Abra adds in-app support to "thousands" of US banks