PANews sorted out the information on the amount, amount and financing distribution of the blockchain in September 2019 (1st to 30th), in order to understand the current status of the current project financing. Reference sources include PA Weekly, PAData, Coin Schedule, and corporate website.

1. In September, the global blockchain industry experienced more than 58 financing events, involving a total of over $158.9 million.

3. The global blockchain industry investment and financing events mainly occurred in Asia and the United States.

4. The trading platform is the mainstream in financing projects, and the financing types tend to be diversified and vertically developed.

5. Early start-ups accounted for half of the financing market, and traditional giants showed interest in the blockchain industry. 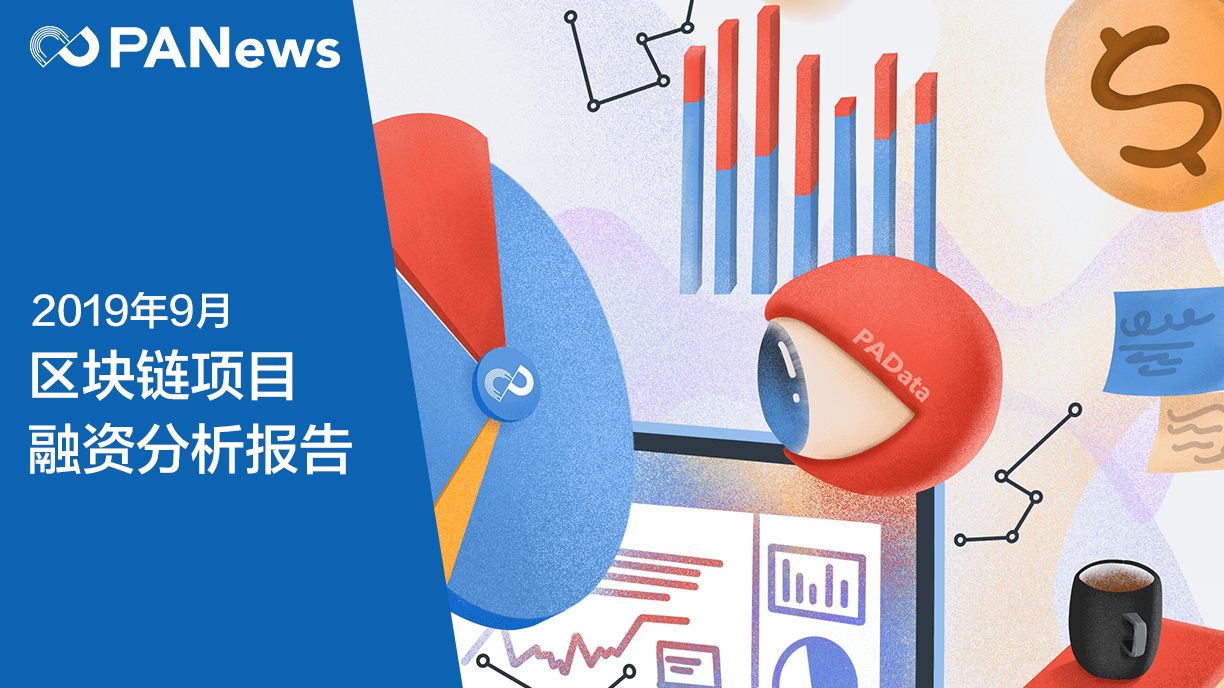 Overview of investment and financing in the blockchain industry in September

In September, the financing market in the blockchain sector began to pick up. According to PANews incomplete statistics, from September 1 to September 30, 2019, there were more than 58 financing events in the global blockchain industry, involving a total of over $158.9 million. Among the 58 financings, there are more than 109 investors involved, including many well-known companies such as MasterCard, Mizuho Bank, Tencent, Fidelity and Lotte. From the perspective of financing rounds (excluding undisclosed types), strategic investment and seed round financing are more, with the most strategic investment, reaching 19. In terms of financing amount, the million-dollar US dollar financing is the largest, with 22 projects; there are 4 million-level financing projects, led by Elliptic's 23 million US dollars B round of financing.

In terms of investment track, 58 investment and financing events, including exchanges, wallets, payments, supply chain, media platform, game platform, data monitoring, public chain and other circuits. Among them, the trading platform is still the mainstream , a total of 11 completed financing, financing amount is concentrated in the million dollar level, including Bitmom, IDEX, BitOneGroup and other trading platforms.

In terms of geographical activity from investment and financing, investment and financing transactions mainly occur in the United States, but Asia has become a place of investment that cannot be ignored . Among them, there were 4 domestic financing incidents involving an amount exceeding US$5.104 million (excluding undisclosed items); the number of foreign financing was 54 and the amount involved exceeded 153.8 million US dollars. In the 58 financing transactions, a total of 12 financing occurred in the United States, accounting for about 20.6%, 4 cases in China, 2 cases in Singapore, 2 cases in Japan, 1 case in Vietnam, 1 case in Israel, and 10 cases in the Asian market. It accounted for 17.24% of the events in August.

Despite this, many large companies are showing interest in the blockchain industry . Among them are Facebook, the host behind the popular Libra project, and traditional giants such as Tencent, Fidelity, MasterCard and Mizuho Bank. 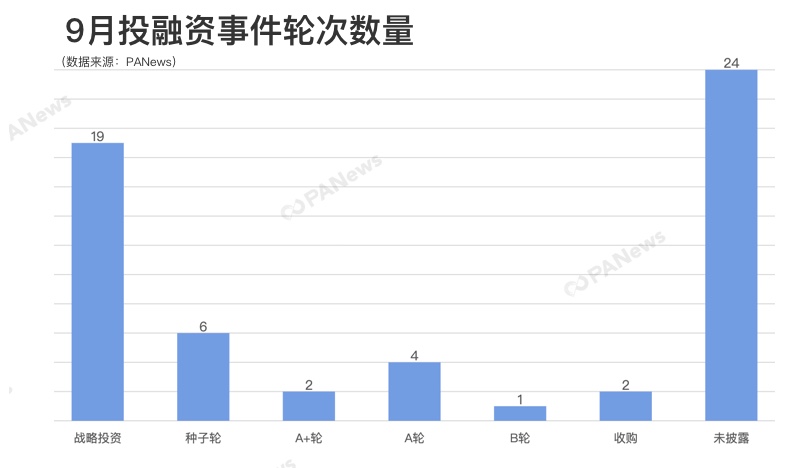 In September 2019, among the 58 investment and financing transactions, in the disclosed projects, the financing amount was mostly in the millions of US dollars, with 22 in total, accounting for 37.93% of the total number of financing; there were 8 in the millions of dollars. It accounted for 13.79%; the number below the million dollars was 3, accounting for 5.17%. Another 25 financing events have not disclosed the specific financing amount. Among them, the $10 million project includes Elliptic's $23 million Series B financing; CasperLabs' $14.5 million Series A financing; Dapper Labs' $11.2 million financing; Immutable's $15 million financing, Everledger's $20 million Series A financing The financing types focus on blockchain technology and analysis, public chain, financial services, supply chain and other fields. 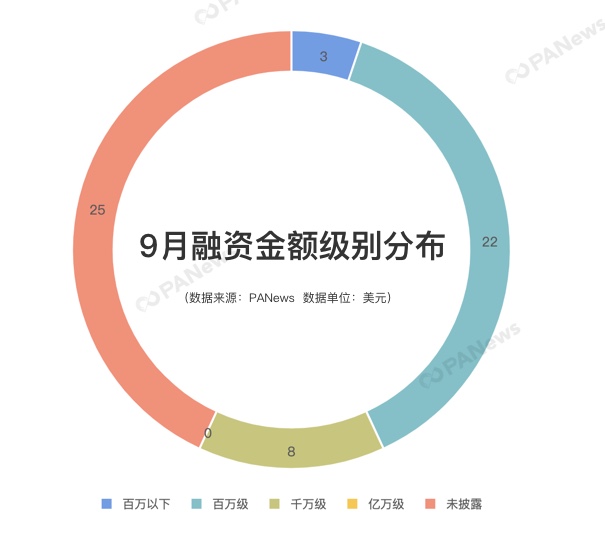 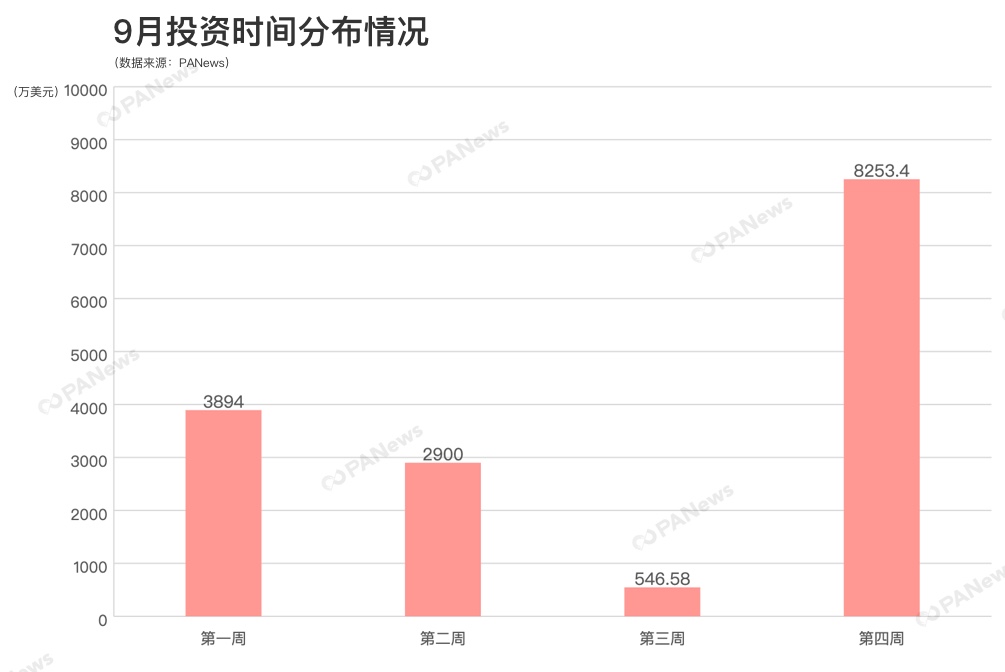 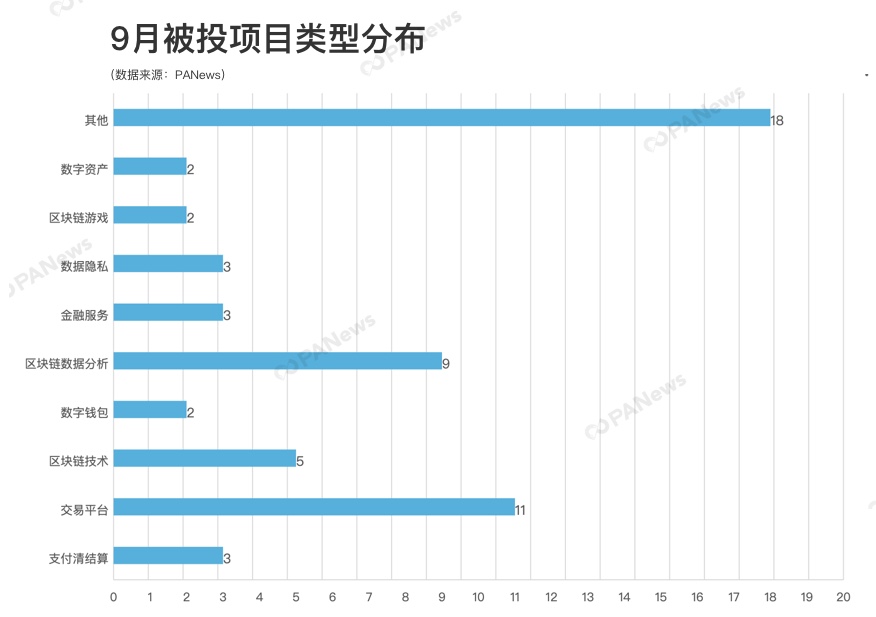 In September, the exchange and blockchain data were the two most popular types of investment and financing. The types of financing are diversified and are gradually tilting towards the vertical.

The most widely distributed projects in Asia and the United States

In September, the global blockchain industry investment and financing events mainly occurred in Asia and the United States. 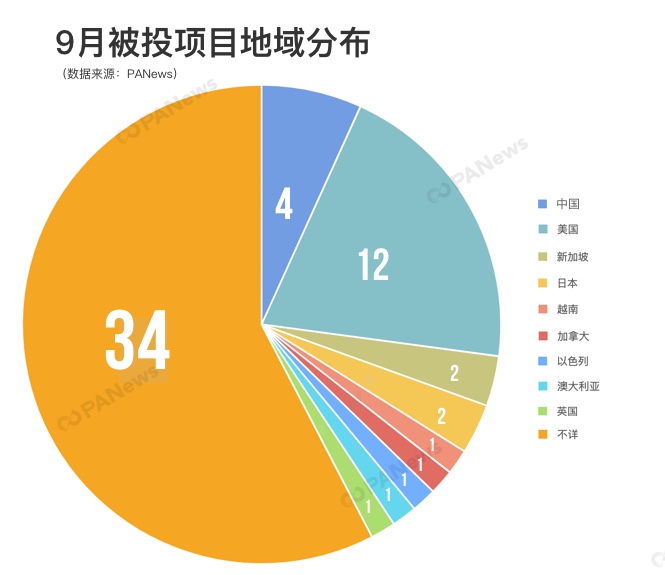 There were 4 domestic financing incidents involving more than US$5.104 million (excluding disclosure items); the number of foreign financing was 54 and the amount involved exceeded 153.8 million US dollars. In the 58 financing transactions, a total of 12 financing occurred in the United States, accounting for 20.6%, 4 cases in China, 2 cases in Singapore, 2 cases in Japan, 1 case in Vietnam, 1 case in Israel, and 10 cases in the Asian market. Accounted for 17.24% of the August investment event.

Among them, among the four financings in China, the Yunxiang blockchain has been invested by tens of millions of A+ rounds of Yongzheng investment. The financing will be used for the construction of blockchain infrastructure, and the focus will be on the application of financial technology in the vertical field. on. Second, led by HTC, Alibaba, WI Harper, and Digital Currency Group's Bitmark project will use $3 million for digital property rights. In addition, Huali Chuangtong participated in the East Lake Financial Research Institute with a capital of 15 million yuan for research on technology such as digital currency payment settlement system. The Mars Financial Blockchain Media Platform was supported by investors such as Gansu, Zeyuan Capital and Matrixport, and the investment amount has not been disclosed.