Libra, an alien star that has swayed the world, has survived global attention since its inception. With the pressure of regulators, Libra's future is becoming more and more confused as the confidence of founding members is lost. However, on the other hand, Libra's hopes are also rising.

PayPal, Visa, Master "disorder", Libra: This journey is not easy

On October 4th, PayPal, one of the founding members, issued a statement announcing the withdrawal of the Libra Association. Libra has also taken the lead in the global supervision.

PayPal said in a statement that the company decided to abandon further participation in the Facebook-initiated Libra project and will continue to focus on the company's existing mission and business focus.

Although PayPal said, "We will continue to support Libra and look forward to continuing our dialogue on how to cooperate in the future. Facebook has always been a long-term strategic partner of PayPal and will continue to work with Facebook and support Facebook."

But PayPal's move has caused Libra to suffer another setback, and most of the Facebook digital currency development team members come from PayPal (such as Calibra's head David Marcus), and the confidence of other members of the Libra Association has begun to waver.

According to the Wall Street Journal, two financial institutions, Visa and Master, are considering withdrawing from the Libra Association. The digital payment agency Stripe is also considering exiting. Whether Paypal's parent company, eBay, will withdraw from the alliance is currently unclear.

The Financial Times also reported that two initial members are considering the next move, and an initial member is concerned that their public support for Libra will lead to unnecessary regulatory review of their own business. PayPal has previously expressed concerns about Libra and also stated that its membership in the Libra Association is not binding.

The Libra Association consists of 28 financial, e-commerce, digital currency and Internet companies, and PayPal, Visa and MasterCard are core members.

1. Building a modern, low-friction, highly secure payment network that empowers billions of people without financial services is a journey, not an end. The journey to build an intergenerational payment network like the Libra project is not easy.

2. We recognize that change is difficult, and every organization that begins this journey must make its own risk and reward assessments of the changes Libra has promised.

3. We look forward to the first Libra committee to be held within 10 days (note: the Libra Council is here, not the official Libra Association of Libra Association) meeting, and will share the latest developments after the meeting, including 1500 interested Details of the entities involved.

Although the founding members are losing, Libra is still supported by a large number of companies, and only 1,500 entities are willing to participate in this risk assessment activity.

From this, it can be seen that despite the hard road ahead, Libra does not seem to give up.

The existing law does not bind the emerging Libra, and the Libra concept also extends beyond the existing regulatory system. But most regulators around the world are still skeptical about Libra, fearing that it will subvert the world financial system, damage privacy and fuel the possibility of money laundering.

The voice of Libra at the national level has never stopped or even become stronger.

After the hearing of the US Senate and the House of Representatives in July, on September 17, Libra was once again called “calling”. In Switzerland, it faced the “joint test” of the 26 central banks, and many central banks held more skepticism about it. For example, ECB Executive Committee member Benoit Coeure warned that to allow Libra to operate within the EU, "the threshold for regulatory approval will be very high."

Recently, the European Commission has intervened in Libra, and has raised a wide range of issues to Facebook, including the risks to financial stability and privacy of the public data, as well as the company's ability to comply with anti-terrorism financing regulations and prevent criminal organizations from money laundering. .

The EU will also urge the G20 to respond to stable currencies such as Libra, calling for a technology tax reform. EU finance ministers will tell finance ministers at the G20 meeting in mid-October that they need a global regulatory response to “stabilized coins” such as Facebook's Libra.

In addition, the United States has always been the most cautious about Libra's attitude and even wants to stop Libra's plan.

US Congressman Brad Sherman said Libra is clearly a mutual fund and asked the SEC to stop them from issuing coins. Former Federal Reserve official Simon Potter said there is no point in the plan to end the dollar dominance through the digital currency (Libra).

In addition, the US Department of Justice also asked Facebook to stop the end-to-end encryption program, and it urged the company not to move on without "ensuring that user security is not affected."

Questioning, Rejecting, and Opposing: The Online Petition to Stop Libra has Over 50,000 Signatures

Since the introduction of Libra, not only the pressure of supervision, but also the voice of the people has always been opposed.

Ripple CEO Brad Garlinghouse is also not very optimistic about Libra's progress. In an interview with Fortune magazine, he said he bet that Libra will not start before the end of 2022.

Libra sets off the wind of innovation and emulation

Questioning and innovation coexisted. After the emergence of Libra, there was a hurricane in the financial field. Countries began to discuss how to deal with new financial changes, think about the meaning of the world currency, and even many large companies and regulators began to innovate and begin to follow suit.

Chinese regulators are also actively discussing the impact and response of libra. Most market views believe that the rapid advancement of the central bank's digital currency this year is in response to Libra.

Recently, German Finance Minister Olaf Scholz said when talking about Facebook's Libra, in the face of Internet giants such as Facebook, the central bank digital currency called "e-euro" will be introduced. He said that one of the core sovereignty of the country is to issue currency, and we will not leave it to private companies.

In addition, Japan, Singapore, Canada and other countries are also considering issuing their own digital currency.

Not only that, but various versions of Libra are also coming out. For example, at the Taiwan Yushan Science and Technology Association General Assembly, the founder of Hon Hai Precision (a subsidiary of Foxconn Technology Group) said that he is planning to launch the Taiwanese version of Libra.

The project is still advancing rapidly, and the main online line is just around the corner.

Since the release of the Libra Digital Money White Paper in June this year, although many questions and objections have arisen, the development progress of the project is still very exciting. Currently, Libra developers have released multiple blockchain browsers such as Libranaut, Libraview, Librabrowser, and Libexplorer. Some projects have also integrated the Libra test network into their wallets, such as ZenGo.

Calibra, the Libra digital wallet development company, has been working on developing Libra Core on GitHub. The team also released two new guides: a Move app for running locally, and a network for showing how to run it.

In addition, in order to keep the test network running and let more nodes come online, the Libra team created a staging main network environment called "Pre-Mainnet." At this stage, only partner nodes can access Pre-Mainnet and allow them to connect to each other. A few partners have deployed nodes and can support communication with each other. Libra expects more partners to come online soon, and to ensure that the Libra network meets stringent performance benchmarks and overall system stability requirements before officially opening up to the new.

This means that the Libra project is once again moving towards the main network milestone.

Although PayPal has withdrawn from the Libra Association, the regulatory fire has not stopped, Libra's future is still lost, but regardless of success or failure, Libra has opened up a new world for the world.

Quoting the words of the economist Zhu Jiaming, it said: From Bitcoin to Ethereum to Libra, digital currency will be the typical "whole overall than the sum of the parts." Libra's progress from white papers to future implementation, whether successful or not, is a case in which digital currencies that deserve continuous attention affect the world economy. 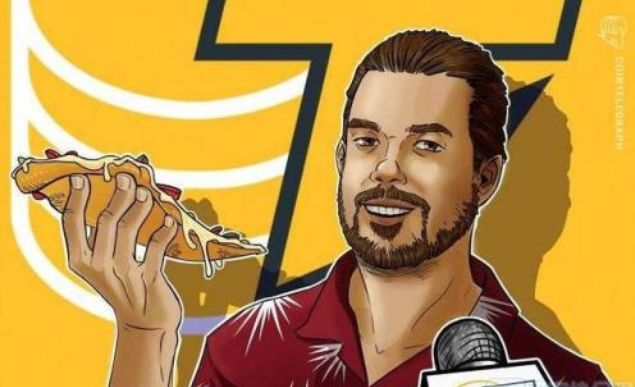 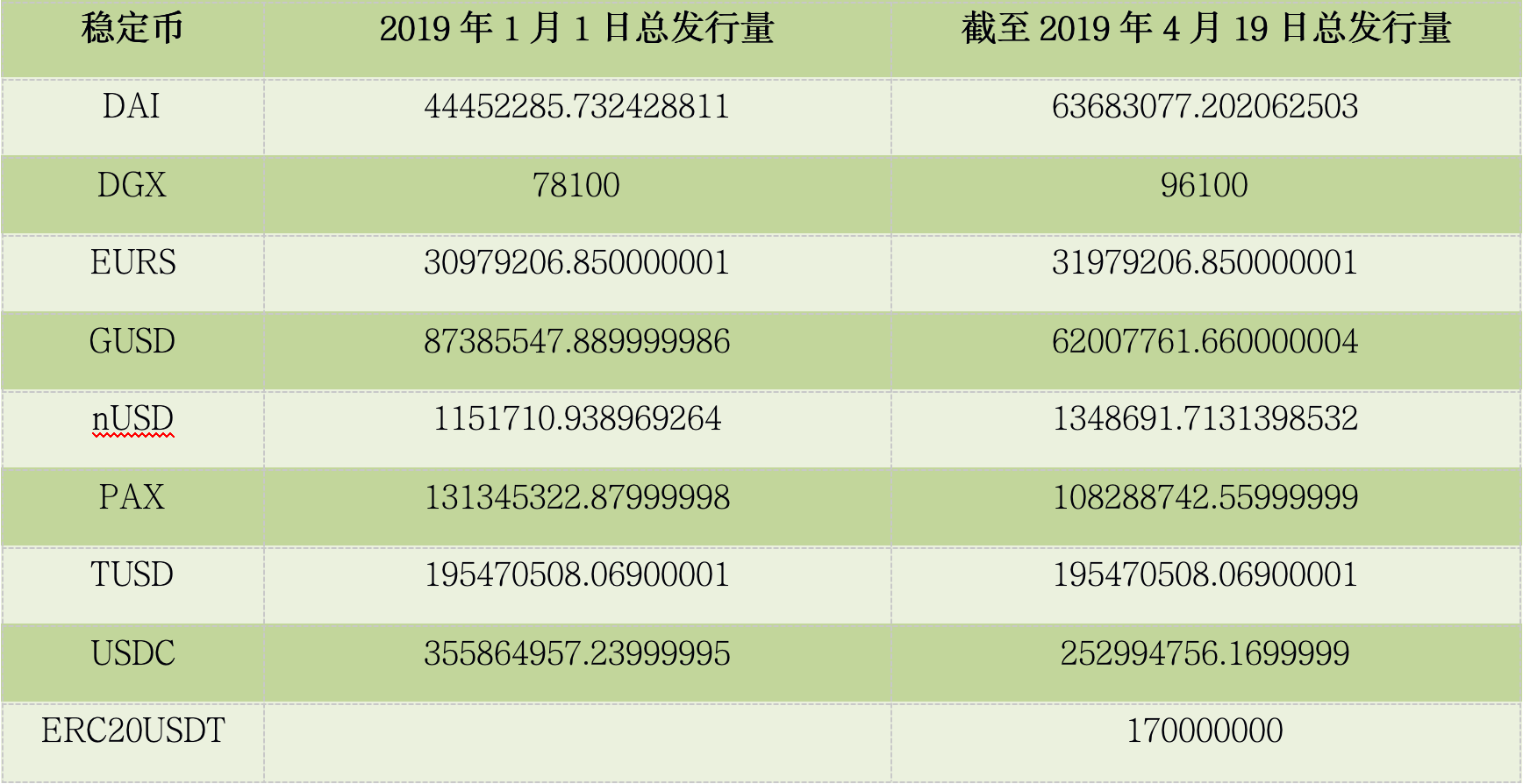