First, the fried coins are not the straw of the big brothers.

In the past two days, I saw the news that Zhang Zhenxin, the actual controller of the Netcom Group, passed away, and he was very embarrassed.

How brilliant the network letter group was, how much scenery Zhang Zhenxin used to be, according to media reports:

After years of capital operation and investment mergers and acquisitions, Zhang Zhenxin led the Pioneer Group in banking, securities, insurance, funds, payments, microfinance, guarantees, financial leasing, foreign currency exchange, online lending, consumer finance and many other areas, including Blockchains, network cars, exchanges, and movies are all kinds of industries. The entire Pioneer Department has hundreds of companies, holding multiple financial licenses in the fields of banking, securities, insurance and payment, and directly managing assets up to 300 billion yuan.

Such glory and scenery finally ended up in a dead end.

A careful study of his last story reveals that he has put all his hopes on Bitcoin after the difficulties in physical business, and spent a lot of money on mining machines. A lot of money is spent on bitcoin in the secondary market.

In the words of some media, he regarded the currency circle as his last straw, but the life-saving straw finally failed to save his life.

The cruel facts prove that the speculative coins have never been the lifeline of these big men!

Second, the fried coins are not the life-saving straw of ordinary people.

The speculative coin is not a straw for the big men, nor is it a lifeline for ordinary people.

Both insiders and outsiders admit that such a reality: At present, the application of the blockchain industry is very rare. Apart from opening funds, fraud and pyramid schemes, it can be truly implemented, and the application for contributing to society is extremely limited. Most people are running with speculative coins and are speculating.

For example, in an interview recently, a private tycoon made a lot of money in 17 years, estimated to be more than 20 million, but in the last two years of the bear market, a wave of operations, but in exchange for A wave of bursts, not only 20 million lost, but also borrowed a large sum of money from the East, experienced a hellish life, not only did not have, and the marriage was not completed. Later, I heard that I still didn’t give up, and I went back to 4 million with a patchwork of hundreds of thousands. Then I went out from 4 million and went back to liberation. What did this buddy end up in the end? I didn’t dare to replace it. he thinks.

At the same time, on the ChainNode chain node (formerly Babbitt Forum), you can often see such a post: "My child was born today, but I broke the position today." "My parents are seriously ill, but I broke the position." I really don't know what to do." "I am in the rooftops, I have nothing, and my savings have been lost for decades." "I opened 100 times of leverage and I expected this." In the currency circle, there are too many people who expect to turn over. There are too many people who regard the speculative coins as their only life-saving straw.

Someone once compared the stock market to a slaughterhouse where killing blood is not seen, so the currency circle can only be called the Pro version of the slaughterhouse.

In the currency circle, it seems that everyone is so close to the freedom of wealth, as if the freedom of wealth is 5 meters in front of you, you can feel it by stretching your hand. But they don't know, this is just the carrot on the neck of the donkey, which can only be seen, but can't be eaten.

In the currency circle, there are only a few people at the top of the food chain, countless people's unrealistic fantasies, and ultimately the road to wealth and freedom.

Third, the speculative currency is the farthest way away from wealth.

Just look at the data and you can see the truth in the data. The data shows that 95% of the short-term traders of digital currency are losing money. This is the real cruel reality and the current situation that everyone around us is experiencing. .

Short-term trading itself has a very high loss rate. If you also add leverage, futures, contracts, and you still have a lot of money to borrow, you must pay high interest and principal on a regular basis, while still living in your own life. There are a lot of expenses that need to be used urgently. Then you are not on the road to "freedom of wealth," but on the road to hell.

There are often many black swan events in the currency circle. Even the black swan event can no longer be called. It can already be called a regular event. Regular pin insertion, plunging and cleaning have become the most amazing features of this industry.

When you use the speculative coin as your lifeline, in fact, you have given up your real hope.

Fourth, in addition to speculative coins, we still have 10,000 ways to participate in the currency circle.

I recently read a paragraph that I wrote, and the paragraph says:

In 2017 and 2018, anyone who wants to join the blockchain industry on a full-time basis will consult my suggestion. My reply is to try not to, or at least have earned a free enough money to say that I have to settle down, the book Wealth is not counted. If anyone asks me now, I will say that if there is a suitable position for a reliable project, engage. If you have a position on the rocket, go up and talk. Of course, these two years have fallen, and no one has asked me.

In fact, in addition to speculative coins, we still have 10,000 ways to participate in the currency circle, but most people only choose the simplest but the most unreliable one.

We can look closely and see who is the real freedom of wealth in the last wave of bull markets?

Even if everyone laughs most of them, Li Xiaolai and Zhao Dong, it is not the speculation of coins, but the currency. . .

And I remember that when the bull market last year, the blockchain project side faced such an embarrassing situation, that is, the company's turnover rate is very high, because there are employees who have achieved wealth freedom, and then they leave.

Why are the employees of the blockchain project party most likely to achieve wealth freedom? Because they are deeply involved in the project, there are enough tokens and enough stable cash flow, and their tokens can be taken, there are various external constraints to force them to take hold, and they are on the project. Understanding is also deeper.

Even if the influence of these speculative factors is ruled out, if the blockchain industry is really the future, it will create a huge number of job opportunities like the Internet of the year, create a future BAT, and be able to work in advance in these companies in this industry. The position, this is your true foundation , this is the correct posture to fight in this industry.

The blockchain industry is now almost the same as the Internet at that time. Some people may say that my knowledge is not enough, my experience is not enough, etc. But in fact, as long as you are already in the currency circle, you are already more than a lot of outsiders. I understand more. At least you know that Bitcoin is not a pyramid scheme. You know what the digital currency is, know how the wallet is used, know the basics of various transfer transactions, and data browsers.

In the bear market, many project parties are very difficult to recruit people. Many project parties are recruiting people through various channels, so they will lower some requirements accordingly. They have many positions and do not require too much. More work experience, including community operations, business operations, and media, are similar to traditional industries. If you have experience in the traditional industry and you know the digital currency, then it is not difficult to enter these projects.

But this threshold will not be so low forever. As the blockchain grows stronger, you will not be so simple when you want to enter these industries. You can refer to the difficulty of entering BAT now.

Of course, this is only for ordinary people. For some capable people, it is also a very good choice to start a blockchain business. Local governments have begun to have some policies on blockchain startups, such as providing shared office space, such as some tax incentives.

And now is the winter of the bear market, as long as you find the market demand, silently make the project, when the bull market arrives, if your project really fires, maybe you can become a big man.

For example, nowadays, this group of active amnesty, when they were in the bear market a few years ago, they are also warming up, and they are still newcomers who are very interested in the blockchain. History will cycle once and for all, their today is your tomorrow, maybe in the next bull market, you are the most awkward in the blockchain field.

Don't think of scrambled coins as a straw! Don't let the speculative coin become the only intersection of you and the coin circle!

Only when this industry really begins to land, when a large number of practitioners flood in, when countless people start to use blockchain applications, when the blockchain begins to solve social needs and create tax, employment, and GDP for the society, the entire industry Only in the true glory will the industry's practitioners find their true path to wealth and freedom, and this requires the participation of each of us. 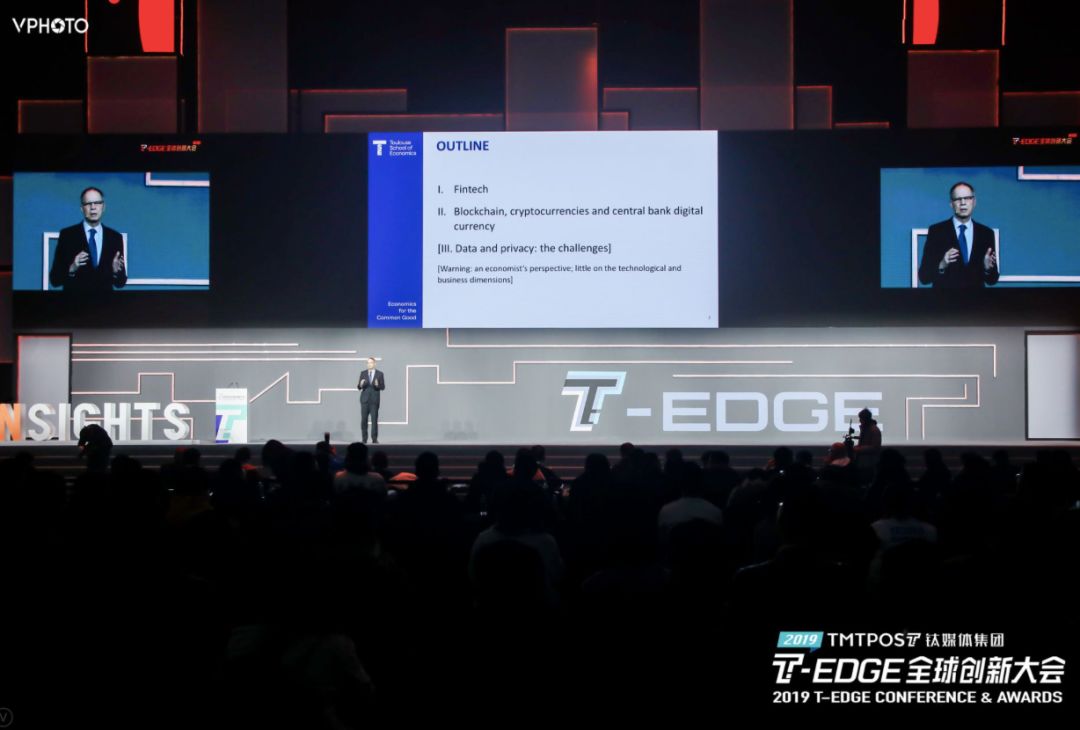 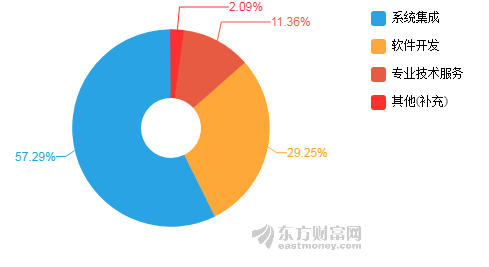