In September, the total financing amount of cryptocurrency reached 383 million US dollars, an increase of 347.87% from the previous month.

Among them, ICO financing is “returning to life”. With the data of 378 million US dollars of financing, it occupied the dominant position of total financing data in September and increased by 3174.89% compared with August. 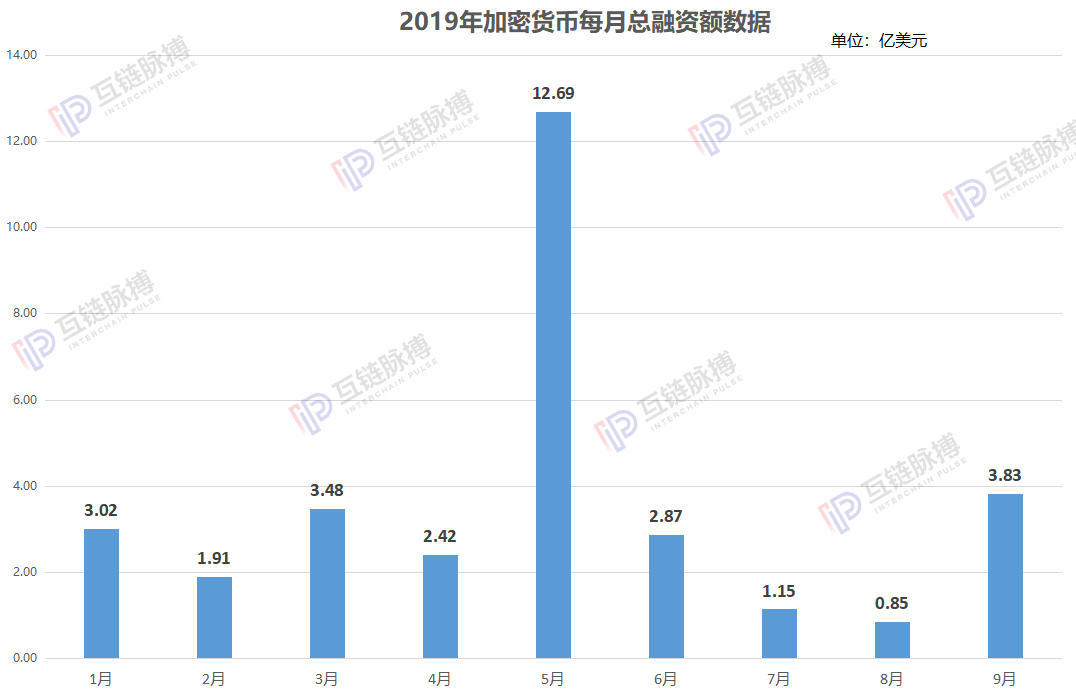 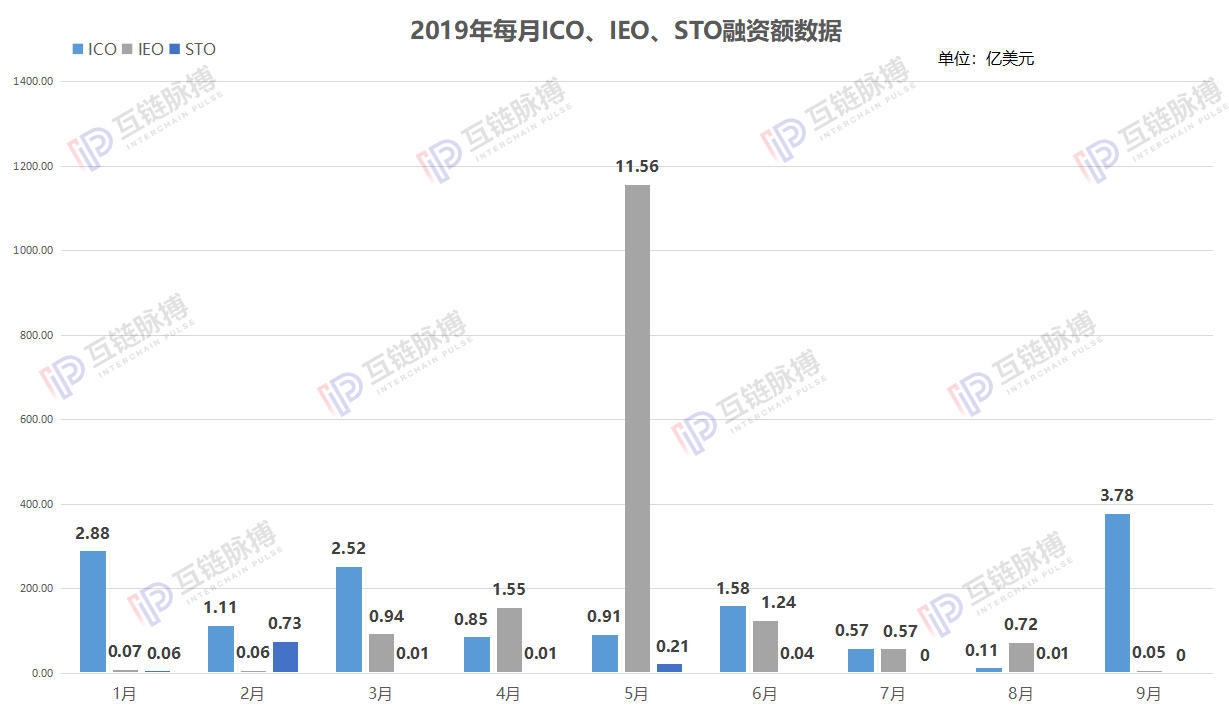 Among them, the most noteworthy is that the ICO financing amount in September accounted for almost the total proportion of total financing, reaching 378 million US dollars. And, compared with the $11 million in August, it has increased by more than 33 times.

At the same time, the ICO financing data for September has become the highest value of financing data in 2019. Compared with the previous peak of January ($288 million), it also increased by 31.25%. 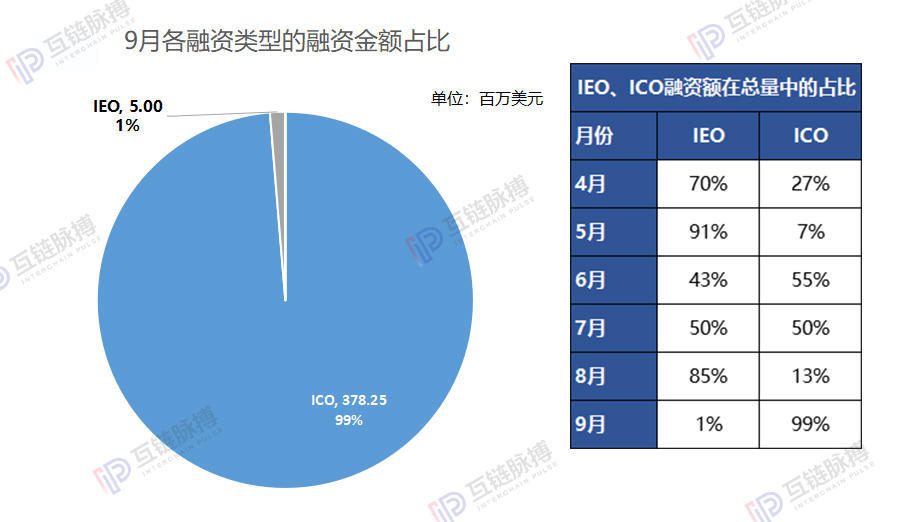 Among them, the financing amount is in the first place of the project Kinesis, which is a total of 193 million US dollars, accounting for 51.25% of the ICO financing amount in September. It is reported that Kinesis is a revenue-based digital currency based on 1:1 distribution of physical gold and silver. This is followed by a distributed development platform and a set of open source tools to build and guide the distributed application and protocol ecosystem Blockstack project, which is $52 million. Ranked third is the Russian Miner Coin, which is worth $43 million.

In terms of IEO financing, only one project was included in the Coin Schedule platform in September. That is, the EMX project has a total of 5 million US dollars, and the amount of financing is relatively small. In the specific financing area, the financing area of ​​IEO in September was the trading investment field.

On the other hand, the specific financing area of ​​ICO financing is also a large proportion of trading investment; however, it is mainly concentrated in the financial sector in August, and it has been dispersed in September. The specific areas are also involved in mining, energy, and art.

BB: Voice will surprise the community