The word bubble is always accompanied by the bitcoin track. When Bitcoin is one dollar, there are economists who have accused Bitcoin of being a bubble. At $10, $100, $1,000 and then $20,000, the bursting sound of the bubble is endless. Suppose that bitcoin is a bubble, it can't be shattered and re-blowing is bigger, and there is no such thing as the bubble that the outside world says.

The entire digital currency has a market capitalization of less than 1.2 trillion yuan, which is only a slap in the face of an economy.

There is no doubt that Bitcoin does have the ingredients of speculation. In fact, any asset has speculation, just because the assets they have speculated have been fired by the predecessors for too long, so that inertia is not a bubble, it is a value investment, such as gold. Silver and oil. 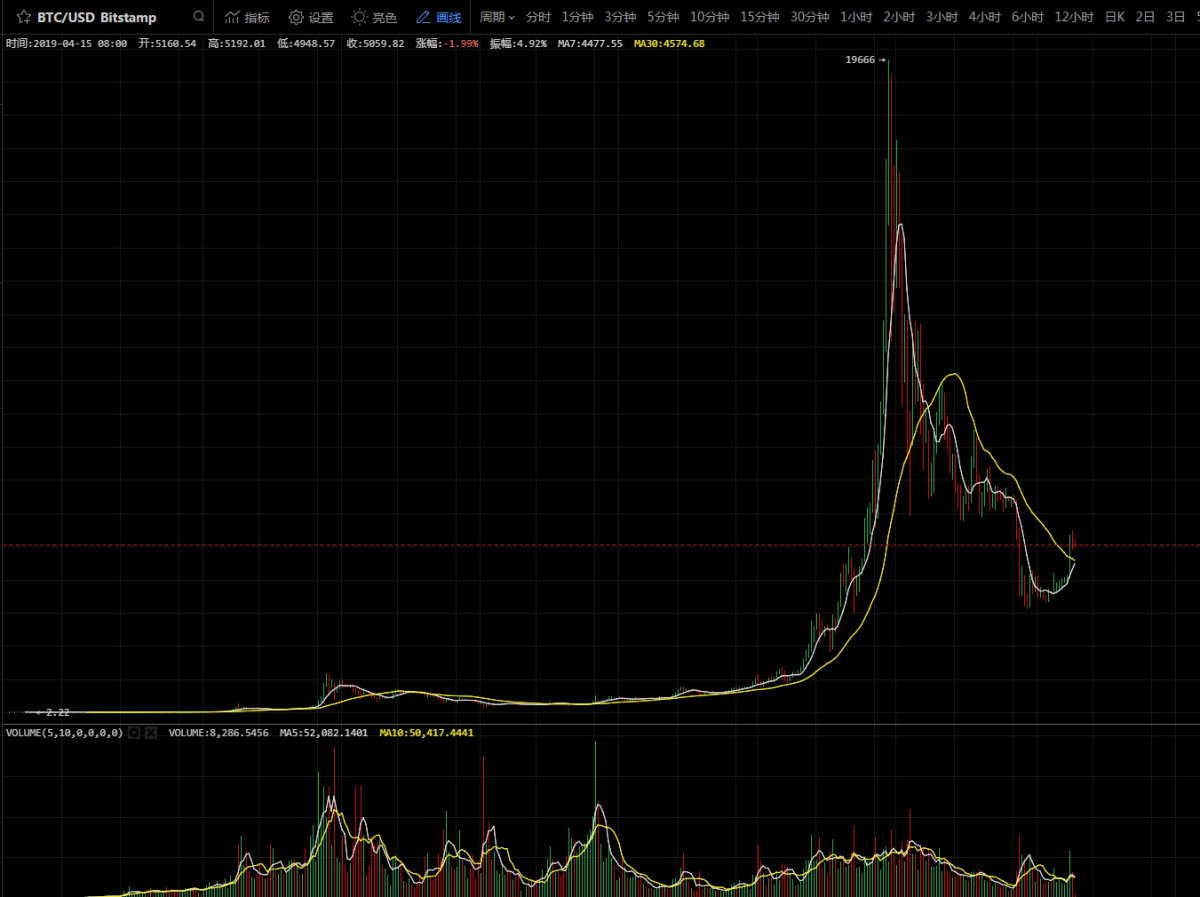 Regarding the question of whether bitcoin is bubbled up, everyone has different opinions and opinions are quite different.

Nobel laureate Robert Schiller once said: Bitcoin may be a bubble, but that doesn't mean it will be shattered or disappear forever. Bitcoin is a classic example of human fashion behavior, and it is very "very good". charm". He said: "I am very interested in Bitcoin because it is a bubble, but it does not mean it will disappear. Bitcoin will erupt forever and may stay with us."

He also stressed that he knows that some "smart people" have invested in cryptocurrencies and even many of his students. But Schiller added that cryptocurrency is a story, and the extension of this story is not limited to the advantages involved in its philosophy.

According to Schiller, part of the "fashion" or "bubble" of cryptocurrencies is political, because those who do not trust the government may try to invest in bitcoin.

However, Tim Draper, a well-known Bitcoin fanatic and well-known Silicon Valley investor, boldly predicted that bitcoin prices could reach $250,000 in 2022.

The big coffees have different views on Bitcoin. It is precisely the charm of Bitcoin. Bitcoin is a very strong story asset, just like a religious story, and then to the preacher and the masses. The story of riches makes Bitcoin even more fascinating.

Bubbles have existed in any era in history, the most famous being the Dutch tulip bubble, the French Mississippi River bubble and the South Sea foam. It is said that the tulip bubble did not find conclusive evidence in the history of Cambridge's economy. It has only existed in the Netherlands, but it is only the story of the public.

At the end of 1719, the speed of the slave trade slowed due to the brief suspension of trade with the Spanish-controlled area. The stock of Nanhai Company is still very hot, and it can be described as a crowd of people, almost to the grand occasion of the stock market.

In order to raise more than 1 million pounds of government debt, Nanhai Company chose to issue subscription shares again. Bondholders can exchange bonds with poor liquidity and difficult trading for South China Sea stocks with dividend income in the South China Sea, and from transatlantic trade. Get the expected return in the future.

At the beginning of the year, Nanhai Company promised to receive all the national debts in the form of company stock exchange for national debt, and allowed customers to purchase new shares issued by the company in installments. During the six months, Nanhai’s share price, such as the dislocated wild horse, rose rapidly. From £116 in September 1719 to £310 in March 1720, it reached an exaggerated £950 at the end of June, compared to Bitcoin.

The soaring South China stock, the attention of the liar naturally attracted, the financial sense of the liar never fails.

One of the scammers registered a leather bag company called Nanhai Investment, and wrote in his prospectus: "The company has an attractive investment project in Latin America. Now it needs financing, and the specific content of the project cannot be disclosed for the time being." The next day, when he opened the company's door, the outside was crowded with stockholders who sent him checks, and he sold 2,000 pounds of stock within six hours. On the third day, the scammers evaporate and flee with money.

This scene has also been staged in the 2017 currency circle. The most typical example is Li Xiaolai's claim that there is no white paper PRESS ONE: ICO started on July 12, 2017, and ICOINFO started crowdfunding with a target of 200 million US dollars.

Teacher Li directly said publicly: "The white paper is provided with not many people can understand, even few people look at it." In his eyes, everyone is stupid, anyway, the foolish project is never seen in the white paper. The deception is so naked.

Even so, participants have sent money to Li Xiaolai, and the PressOne project raised $185 million in just 5 days, which is described as crazy.

Looking back at Nanhai Company.

Because the scammers are rampant, the British Parliament passed a "bubble case" to require all companies to obtain royal franchises, but the biggest risk is the South China Sea company stock, or the promotion of the bill, let the South China Sea bubble Appeared and pierced it ruthlessly. 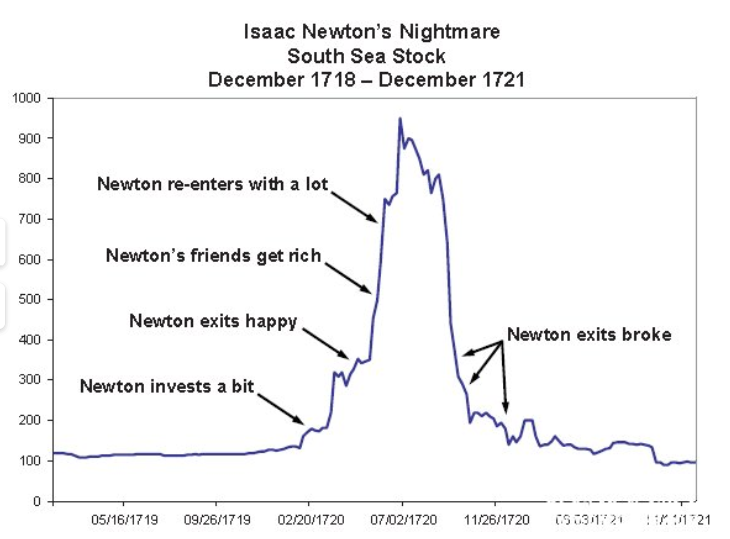 The registration of equity in Nanhai lasted for two months. The stock price went down all the way and slipped below 800 pounds per share. The former chairman of the Mint Bureau, Newton, the "gold standard" system maker, sold the stock in April and then went all the way. In the end, I really couldn’t hold back the chase, and I was directly stuck in the high position. It was very close to the price of his opening. Is it a cut-off or a value investment?

It turns out that Newton is still a value investor. He has been holding shares in the South China Sea. During the plunging, Newton lost nearly 20,000 pounds. He knew that his annual salary was 2,000 pounds, which was equivalent to ten years of income and the pants were lost.

So he had his famous evaluation: "I can calculate the trajectory of the celestial body, but it is hard to predict people's madness."

However, the biggest winner is the Bank of England.

The fall of the South China Sea company, the Bank of England, and then dominated the financial industry for hundreds of years.

With the lessons of the South China Sea, we can conclude that bitcoin is not a bubble. Financials are always ruthless. Even if there is no bitcoin and other currencies to replace the position of Bitcoin, the most important thing is consensus. The consensus is the most. An important "currency" is the core of Bitcoin.

The economics award Brian Kelly also expressed his opinion on Bitcoin: the quality of Bitcoin's story has attracted people's interest in it.

Storytelling is the source of consensus. As for the Spring and Autumn Dreams or the grand plan, it is only time to prove that as long as we live long enough, we can see that if we live for a long time, it doesn’t matter, anyway, there is nothing to do with you. Relationship.

The data shows that after the release of key news yesterday, there was no immediate large-scale change in the data on the chain.

Portuguese Finance Minister: Worried about Libra, should not start such a stable currency project before all problems are solved

Japan United transferred all shares of Coinage, a subsidiary of the encryption currency, and evacuated the encrypted trading business.