Today, the US Securities and Exchange Commission (SEC) issued a 112-page directive that again rejected the Bitcoin ETF application .

The applicant for this ETF is Bitwise, an encryption asset management company. VanEck/SolidX was also submitted for ETF filings during the same period, but they withdrew their applications in September, leaving Bitwise “sole alone”.

When commenting on the rejection of this application, Matt Hougan, director of global research at Bitwise, said:

“We are deeply appreciative of the SEC's careful review. The detailed feedback they provided in the Directive provided an important background and clear path for ETF applicants to continue to promote the listing of the Bitcoin ETF. We look forward to continuing to actively engage with the SEC to Solve their concerns and intend to resubmit the application as soon as possible."

“Historically, it takes years of regulatory involvement to approve the opening of ETF products in new asset classes. What matters is continuous progress and time investment from regulators, which we see here.”

Bitwise's official Twitter has also sent seven tweets, proving that it does not give up on the Bitcoin ETF.

The reason for the SEC's rejection is still concerned about market manipulation and market regulation. Bitwise said that they are not worried about this because they have seen the market progress in the past two years.

Bitwise has made a lot of efforts to advance the Bitcoin ETF, including meeting with SEC multi-sector officials, submitting reports on cryptocurrency market transactions and the CME (Chicago Mercantile Exchange) Bitcoin futures market (up to 561 pages). Collected and submitted detailed comments from many companies in the circle and outside the New York Stock Exchange, Coinbase, Cole-Frieman & Mallon.

In addition to their own efforts, Bitwise also believes that cryptocurrency users should help this emerging asset realize its potential: promote best practices; criticize misconduct; and contribute to the project.

Hougan also mentioned that the Bitcoin market has achieved many important and positive developments in recent years:

Hougan believes that through more comprehensive research on the bitcoin ecosystem and industry-leading progress, SEC concerns and the challenges facing the Bitcoin ETF will eventually be resolved. 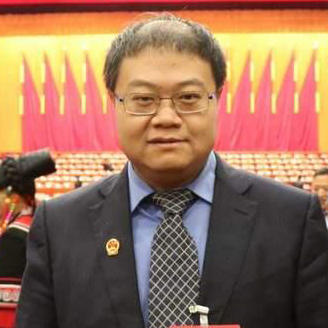