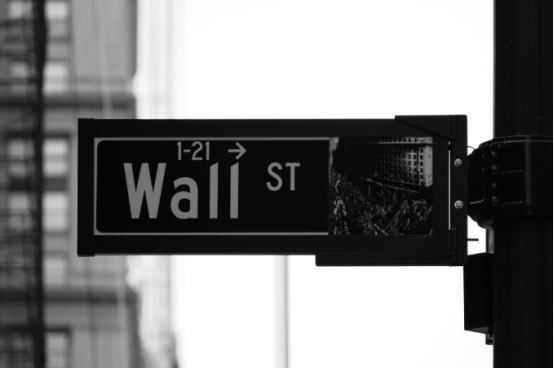 In 2001, TrustCommerce first proposed the concept of “tokens”, which was designed to replace cardholder data with a unique identifier (token). Over the past 20 years, this single use case has changed dramatically with the rise of blockchain technology and the token economy. At present, blockchain applications are used in almost every industry, and the concept of tokenization and blockchain technology will greatly change the global economy.

Previously, we explored the potential for large-scale adoption of blockchain technology because blockchain technology is more relevant to decentralized finance (DeFi). In this paper, we intend to delve into the token economy and reflect on the current state of its application, and how we can make tokens play a key role in our financial system, especially when it comes to capital markets and investments.

Next we will explore the huge challenges that will be encountered on the road to large-scale tokenization.

Tokenization is the process of digitizing and recording the underlying assets on the blockchain. Like the essence of distributed ledger technology, it is de-trusted, non-tamperable, and completely transparent. This process reflects the characteristics of the blockchain network. After tokenizing the assets, transactions can be made without P2P friction, and each transaction is recorded in a non-tamperable distributed book without any human influence (assuming the token is unlicensed Created on the network).

In 2015, the World Economic Forum released the “Technical Critical Point” report. The report surveyed about 800 CEOs around the world and asked them to estimate 21 major technological changes. The adoption of cryptocurrency and blockchain technology is one of the major technologies. The results are shocking, with 10% of global GDP predicted to be recorded and stored in the blockchain by 2027. In addition, 58% of respondents responded that this value will be achieved by 2025 and is now only five years away from 2025.

In absolute terms, this means that the total assets digitized on the blockchain are currently about $8.6 trillion, a 300-fold increase over the current $300 billion in encrypted market capitalization. Therefore, we need to take the time to understand the advantages and challenges of tokenization in order to make this exponential growth possible. The advantages and challenges are as follows:

There is no doubt that the tokenization process can bring some advantages, although these are inherent advantages of blockchain technology, and these advantages have not been proven on the institutional scale.

De-intermediation: As mentioned earlier, when assets are tokenized, they are recorded on the blockchain distributed ledger, a transaction record that is completely tamper-free, auditable, transparent, and decentralized. There is no need for a central authority to verify transactions, which eliminates the risk of human and machine intervention (errors, fraud and prejudice).

Further democratized investment: Partial ownership can be owned by tokenization, and the minimum investment amount and required holding period are rarely stipulated. In other words, the traditional securitization process may limit the participation of certain investors, but the tokenization will not, it is a democratic product.

Market efficiency: Unlike the stocks and bonds of existing global exchanges, tokens can be traded 24 hours a day, 7 days a week, and it is conceivable that the secondary market will continue to operate around the clock. This means that jet lag and geographic location, as well as time constraints in specific local markets, will no longer determine global trading dynamics. In return, in theory, the global trading window will be expanded by about three times. The capital market and asset management fields will need to be completely redesigned. The current trading execution and trading platform dynamics are designed around traditional underlying assets (ie stocks and bonds).

Faster, cheaper transactions: As mentioned earlier, transactions on the blockchain are performed through smart contracts. This means that there is no administrative burden, no management fees generated through token exchange, and no rent, that is, transactions are fast and there is almost no cost. Lower operating costs and non-intermediation will definitely result in cheaper access costs (ie lower transaction costs), which is beneficial to the buyer. However, to achieve these benefits, it is indeed necessary to address some of the issues currently facing blockchain technology, such as scalability issues (high transaction costs and network congestion issues).

Increase transparency: As with the nature of blockchain technology, all transactions that occur are recorded in a distributed ledger and stored on the blockchain. This means that the process is completely transparent and can be reviewed by all parties, so tracking historical data on assets becomes more feasible and reliable.

Despite the many advantages listed above, there are still many challenges that need to be overcome. Before these obstacles are eliminated, we are unlikely to see a shift in the global economy towards a model of tokenization.

Regulatory and Compliance: As with the broader securities market, regulatory restrictions on securities-based tokens vary widely across jurisdictions. Not only that, but in some cases (the United States is the best example), there are few precedents for providing compliant securities-based tokens. Until recently, the Reg A+ token was issued through Blockstack, and the United States had a precedent. In other countries, such as Switzerland and Malta, there is still a long way to go, but the policy is more clear. The problem here involves not only the creation and sale of the original token (ICO, etc.) but also the process of token transactions in the secondary market.

Supply and demand: After the ICO boom and STOs at the end of 2017, there is no shortage of token supply. Although these projects are feasible, many of the deals offered by these projects are largely unqualified. In either case, achieving a balance between supply and demand remains a challenge. This is especially true for participants with larger capital, unless the scale and quality of the supply are more mature, then large capital will not participate. From the current situation, especially before the large-scale adoption of DeFi, the token market is still pale and weak compared to traditional stock exchanges, and it is difficult to accurately match qualified supply and demand.

Investor Protection: This will ultimately be determined by the legislative framework designed for the regulatory body. As mentioned earlier, one of the main risks faced by investors is the source of unqualified transactions. In theory, tokenization allows anyone to digitize and sell assets. As seen during the ICO boom, all or part of the funds of some investors have flowed to fraudulent organizations and projects. In contrast, no one can easily carry out an IPO, set up a regulated investment fund or securitize and sell assets. In addition to cost considerations, these traditional operating thresholds are prohibitive for most people, and the regulatory framework also prohibits people with bad behavioral records from participating in the system, which will help protect investors.

Institutional funding: Institutional investors' awareness is still very low, although about 20% of financial institutions claim a certain degree of risk disclosure for encrypted assets. In addition to the challenges that must be addressed in this section to address the influx of institutional investors, the industry also needs to undergo a structural transformation, moving some of the capital market infrastructure to the blockchain.

Connection to the underlying asset: After the asset is securitized, the central institution holds the underlying asset. However, due to the decentralized nature of blockchain technology, in theory the connection between the token and the underlying asset may be severed without notice to anyone. Take real estate as an example, suppose the property is tokenized and sold. When tokenizing, each house is valued at $5,000 (assuming it is worth $500,000 in assets and 100 tokens are distributed). Tokens are sold in the secondary market because the property is located in an ideal area (or just because of the liquidity premium), so the house tokens are ultimately traded at a premium. If the house is burned, who can say that the house token will lose value? In particular, due to the geographical separation of the underlying assets and the secondary market, all of this has no central authority to oversee the process.

In the analysis of the capital market revolution triggered by the 1980 asset-backed securities (ABS), traces of tokenization can be found. Asset-backed securities emerged in the mid-1980s when Sperry Lease Finance created a new type of securitization product that was backed by computer equipment rentals.

Securitization is the process of bringing together similar loans and selling their cash flows to third-party investors in the form of securities. In short, a basket of illiquid assets (such as loans or receivables) is converted into tradable securities, such as bonds or notes. The advantages of ABS include reducing risk, increasing liquidity and increasing economic efficiency. Tokenization hopes to be a financial market revolution and offers many of the same benefits.

The ABS market provides investors with a diversified portfolio of investments through which investors can obtain assets that were previously unavailable, including auto loans, credit card debt, equipment leasing, student loans, CDOs and loans. Mortgage bonds (CLO) to diversify your portfolio. Before the subprime mortgage crisis broke out, the ABS market grew to about $2 trillion in 2007, and the market gradually recovered to around $1.6 trillion today. An after-the-fact analysis of ABS's role in the 2008 global financial crisis may have inspired us to understand some of the risks of the token economy, and there is still a long way to go before the tokens bring systemic risks to our economy. go.

Securitization and tokenization seem to have some similar characteristics. In fact, many things in common are the reasons why ABS is becoming a mainstream asset class. However, there are two points to note: 1) Securitization is an innovation driven by institutional forces, which explains why the underlying DeFi movement drives asset-backed tokens and token transactions to grow at a slower rate; 2) Securitization market participation (buy houses and sellers) do not need to make technological changes on the same capital market track as existing stocks and bonds. In order for the tokenization to be widely adopted, institutional investors will have to transfer some of their portfolios to the blockchain.

Although asset classes have evolved significantly over the past decade, there is still much work to be done to make tokenization widely available.

In the long run, the path of large-scale adoption needs to prove that blockchain technology and tokenization can bring superior transaction efficiency, and it is cheaper than traditional methods and has uninterrupted expansion capabilities. Especially in the case of tokenization, the regulatory system and investor protection are also the necessary stages for large-scale adoption.

Translation | First.vip Annie Reprinted please keep the information at the end of the article

BB: Voice Token is designed to decentralize the economy of attention