On Wednesday, investment management company VanEck released a report on the Investment Case for Bitcoin for investors.

The report pointed out that Bitcoin, as a means of storing value, deserves a place in the institutional portfolio. In addition, Bitcoin has a “currency value” that has the potential to become a digital gold and can improve the upside of the portfolio and reduce the risk return of the portfolio.

The following is the full text of the report:

Bitcoin is a potential means of value storage

To determine if Bitcoin is valuable, first understand the difference between monetary value and intrinsic value. The persistence, scarcity, privacy of Bitcoin and its nature as a bearer asset help it hold monetary value.

Intrinsic Value (IV): Values ​​that exist because of the cash flow of an economic commodity or its public utility: stocks, fixed income, real estate, and consumer goods (corn, oil, etc.).

Nothing "supports" the MV: In essence, the MV is a bet that an object will retain value or add value in the future. An item with a MV is a stored value item that can be considered a claim of the future IV. This can be uncomfortable, but it is a fact since the birth of civilization.

The production of MV stems from collective beliefs: behavioral economics, behaviors heard, and so on. For a long time, humans have always needed a way to store value outside of IV.

The value of money is not necessarily related to any sovereign power: historically, the object of most monetary value has nothing to do with sovereign power – gold, gems, etc.

Creating a new thing with monetary value is rare, but not unheard of. Art is a good example. Art works as MVs are a phenomenon of the past few centuries. In early society, art works did not have MVs.

Gold gets the MV because it is scarce, long lasting and relatively easy to make coins.

Bitcoin has an MV because it is scarce, durable, and has strong privacy features. Is an anonymous asset that can be remembered (this makes it particularly useful in authoritarian regimes)

The generation of MV does not require an object to be attached to a payment system:

Used to pay in gold, but now only on a very limited basis

Bitcoin is not an amazing payment system, but it is definitely better than art and gold.

More and more people are beginning to accept an object with a MV, so the more likely this object will have a MV in the future.

Volatility is an intrinsic result of an object's MV process: When gold first acquires a MV, there are many differences in how many goats can be bought for an ounce of gold.

Money is a type of Money. Currency is a subtype of MV items:

If Bitcoin is compared with gold and the US dollar, bitcoin has the potential to become “digital gold” in terms of substitutability, scarcity, portability, durability, security, intelligence and so on.

But compared to other assets such as stocks and bonds. At this stage, the problem facing Bitcoin is that because it is a kind of bearer assets, the pipeline connecting Bitcoin to the capital market is limited. In fact, the participants of the traditional capital market infrastructure do not deal with Bitcoin. .

The role and advantages of Bitcoin in the portfolio

If Bitcoin is increasingly used as an asset with both on- and off-chain monetary value, how can people see it as an investment?

There are several theories that point to increasing scarcity and network transfer value is part of the driving force behind Bitcoin's historical growth.

Next we take a look at the historical performance of Bitcoin and how to incorporate it into the portfolio.

Inventory and current ratios show the growth potential of Bitcoin

The definition of inventory and current ratio is the amount of an asset held in a reserve divided by the amount produced by that asset over a certain period of time.

The following stock to flow data suggests that bitcoin may have growth potential based on historical data and the scarcity characteristics of bitcoin, gold and silver.

The halving of bitcoin shows that historical growth is driven by scarcity.

Historically, considering the increase in scarcity caused by halving, the price of bitcoin has risen in half during its life cycle.

The next halving is expected in May 2020. As you can see from the chart below, Bitcoin performed well compared to the main index (S&P 500, US bond, gold, ACWI).

Historically, most of the long-term periods, such as 3 and 5 years, are good for Bitcoin. 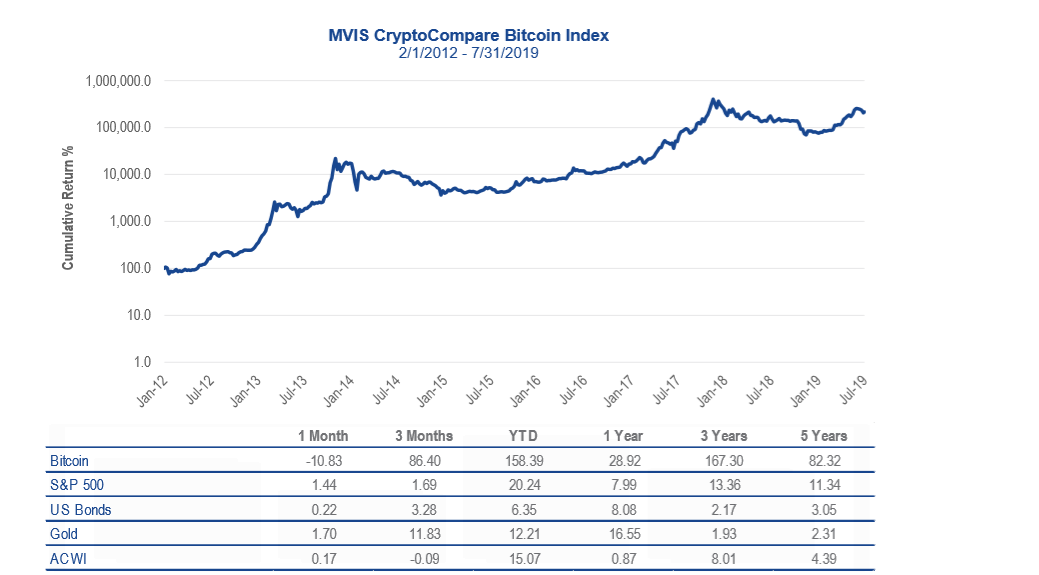 Bitcoin has a very low correlation with traditional asset classes such as broad market stock indices, bonds and gold. This increases its potential in portfolio diversification.

Bitcoin can increase the risk and return of an organization's portfolio.

A small amount of bitcoin configuration has significantly increased the cumulative return on 60% of stocks and 40% of bond portfolios, and this has little impact on its volatility. 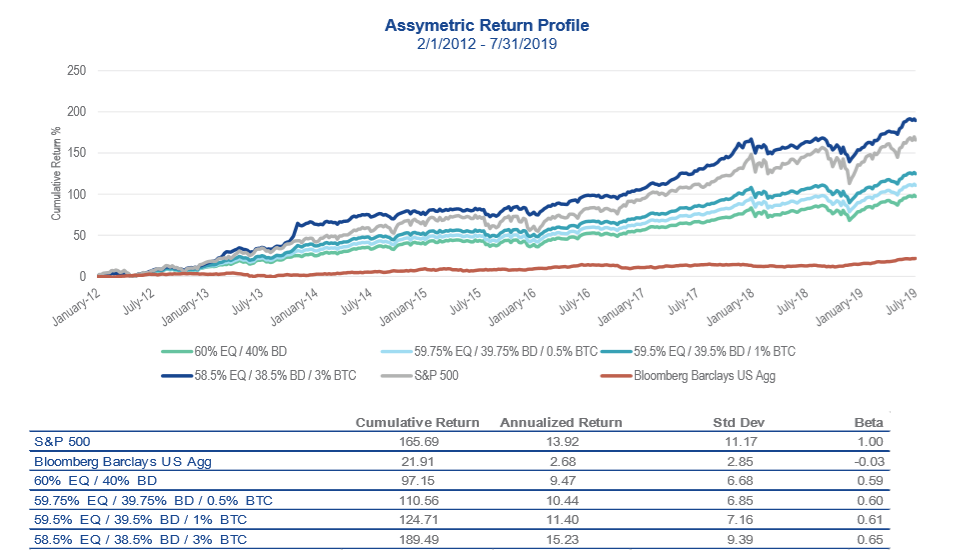 (From the chart, the combined return on investment with a small amount of BTC has increased significantly)

With the maturity of the digital asset industry, Bitcoin is decoupled from small-cap stocks, driving the performance of the large-cap index. 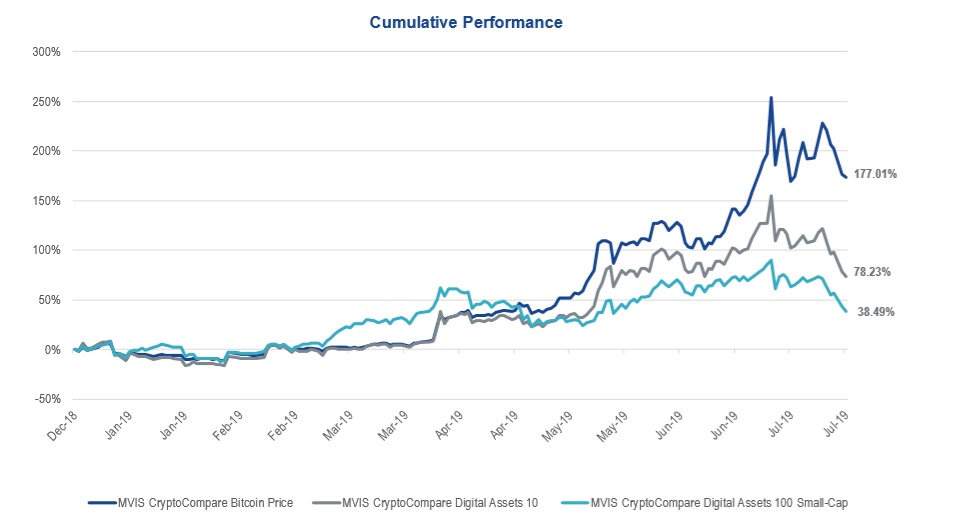 Accelerate the adoption of Bitcoin

Bitfinex has revenues in excess of $400 million.

Bitcoin and other cryptocurrencies have become easier for retail investors:

Bitcoin transactions are not concentrated 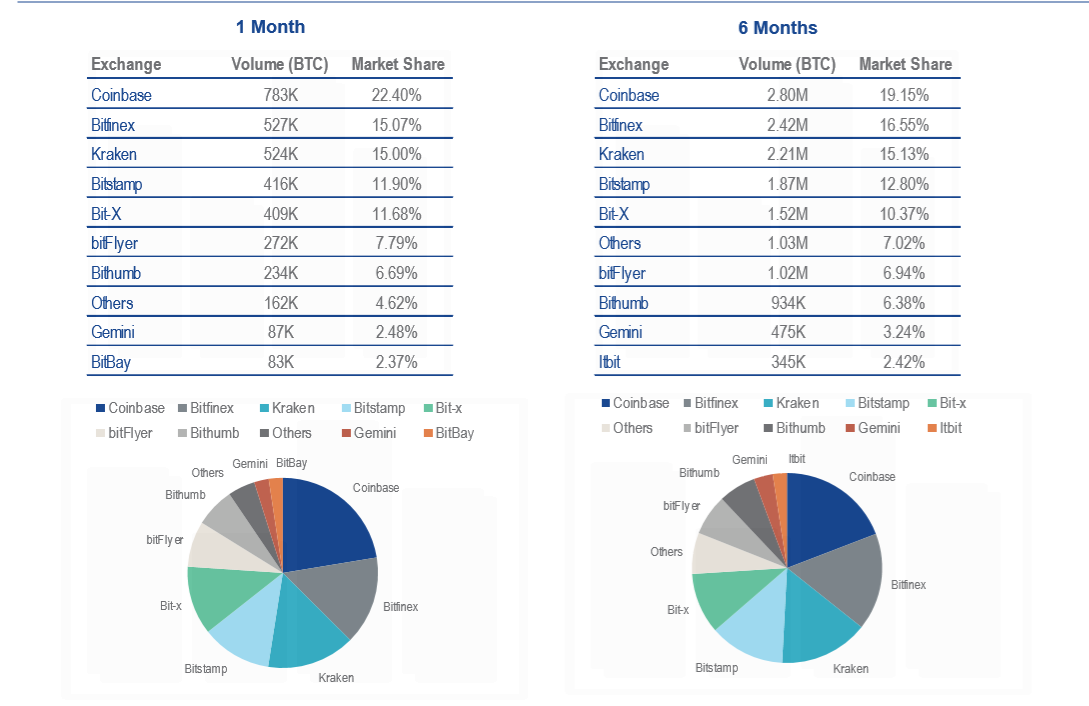 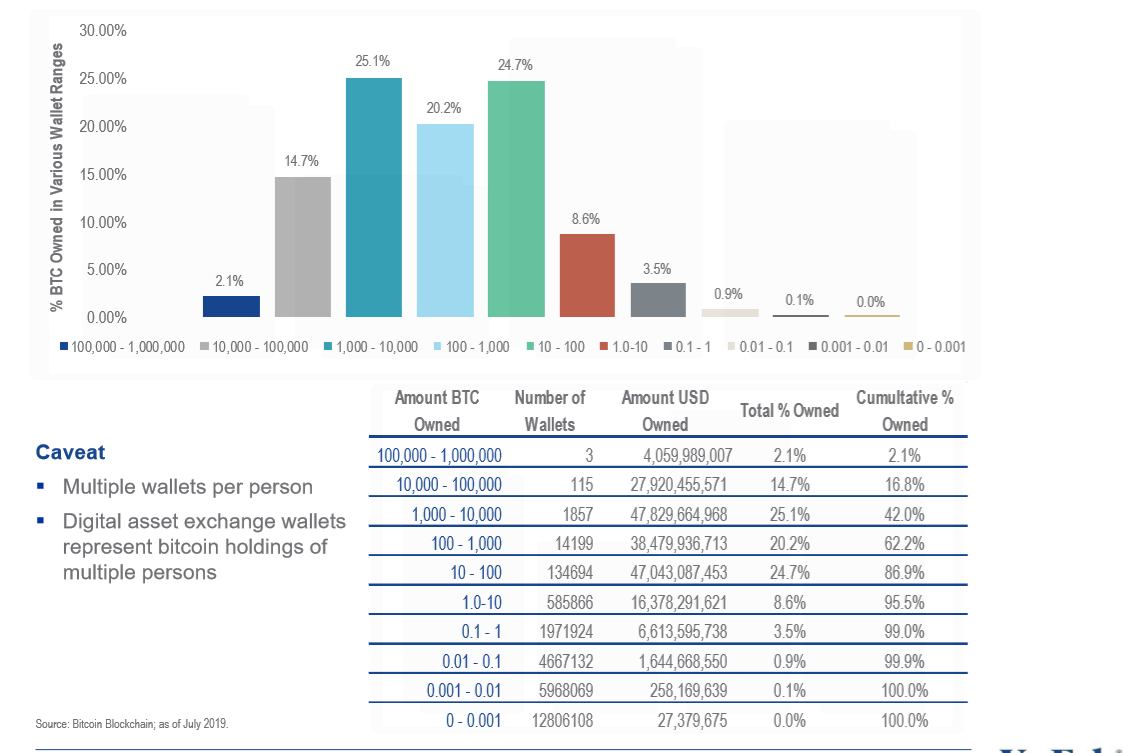 The use of Bitcoin continues: nodes and users

A full node is a computer that downloads and continuously updates a complete copy of the Bitcoin blockchain. (You can host your full node with a minimum of 200GBs!) This is your own mini bank)

The mining node is a computer that participates in Bitcoin blockchain transaction verification. Other uses of Bitcoin

Many applications are built on Bitcoin, and the natural evolution of sidechains may be the next step in driving Bitcoin applications because they support scalability and customization while preserving the security attributes of Bitcoin.

The Lightning Network builds on the Bitcoin blockchain and pushes the boundaries of Bitcoin's ability to pay at a lower cost and faster.

Using Bitcoin to minimize trust, Microsoft is committed to building a decentralized identity platform on the Bitcoin blockchain.

Lightning Network is an important payment layer for Bitcoin

NBA Kings teamed up with CryptoKaiju to launch an encrypted collection