The Bitcoin Advantage Index (BDI) is one of the most popular and talked-about data points in the crypto-asset market. However, there are many problems with this way of measuring bitcoin as the gold standard for cryptocurrencies. Most of the problems associated with BDI should be attributed to the reliance on problematic market capitalization indicators because there are many different ways to manipulate this data.

As I mentioned in the previous article, the combination of different data points may more accurately describe the role of Bitcoin in the entire cryptocurrency ecosystem. Of course, this model for comparing cryptocurrencies is not available, at least for the general public. Perhaps the market does not have enough demand for a valuable system to track various competitive cryptocurrencies, because Bitcoin's monopoly is well known and it does not encounter much real competition.

With all of this in mind, it is wise to completely ignore BDI and replace it with some more practical approach, such as comparing bitcoin with the gold market. The utility of Bitcoin as a non-political and uncontrolled digital currency form remains the main and proven use case for this technology, which is why it is given the nickname of “Digital Gold”.

In this case, gold is the real competition for bitcoin, so it makes sense to track the advantages (or lack) of bitcoin over gold rather than altcoin. It turns out that most altcoins are at best For a moment (and perhaps just a bubble that is bursting).

What does “digital gold” mean?

The digital gold stem of Bitcoin has been widely spread, but what does it mean for this point-to-point digital cash system to compare with the benchmarks of the global financial system?

Gold was originally used as the currency of choice because the market found it to have better currency characteristics than any other commodity in the world at the time. Because of its relatively stable value in the short term, the long-term nature of value storage and the ease of use as a medium of exchange, gold has become a trusted ledger that can be used to track debt.

However, the gold standard system has a centralization factor. Ultimately, this precious metal is held by banks rather than individuals, and the issuance of paper IOUs is based on the gold held by banks. It is this that brings about the monetary system of today's world, in which the floating of the dollar and other legal tenders is based on trust in the ability of the central bank to regulate the money supply, not gold reserves.

Similar to gold, people's expectations for Bitcoin are due to their monetary policy that cannot be intervened and falsified. Bitcoin can be a reliable means of value storage. However, this crypto asset also has an even better system that can transfer ownership anywhere in the world in minutes. In addition, in the face of theft or government-approved seizure actions, remembering the key is equivalent to storing the bitcoin in mind. This can also be seen as an improvement in security.

The famous password punk Nick Szabo even believes that for security reasons, the government will hold Bitcoin better than gold in the reserve.

In a sense, Bitcoin demonstrates the limitations of gold through its utility as an unlicensed currency in the digital age. Due to the degree of centralization caused by the existence of gold in the real world, this precious metal may limit financial autonomy to some extent in an era of increasing digitization.

As Nic Carter, a partner at Castle Island Ventures, recently explained, altcoins generally fail to capture the most critical reasons why Bitcoin can exist and be valuable. These bitcoin alternatives usually focus on technical adjustments rather than developing better currency forms. Ethereum may be an exception, and the future focus of Ethereum may be able to get rid of the analogy of “digital oil”.

Is Bitcoin ready to compete with gold?

Although the expectation for Bitcoin is that it will eventually gain an advantage over gold in the open market, the reality is that the size of the gold market far exceeds the entire cryptocurrency market. Bitcoin is often seen as a safe-haven asset, but gold still dominates the category of safe-haven assets, and it is unclear how bitcoin prices will react to the recession.

In terms of public trust, gold has been around for thousands of years compared to bitcoin.

According to the World Gold Council and XE, the entire market for the gold market is valued at approximately $10.2 trillion. According to Messari, the size of the bitcoin market is $147.5 billion. This means that gold has a dominant advantage of 98.47% in the combined market. In other words, the real bitcoin advantage index (measured by gold rather than altcoin) is only 1.43%. Having said that, the value-added effect of Bitcoin in the online transfer of funds without a license should not be underestimated. Bitcoin adoption may be more common than gold in payments and transfers. Although there is no data available in this area, and there are some ways to pay with gold, I believe that even the most loyal supporters of gold may agree that bitcoin has a larger share of payments online. Google search trends clearly demonstrate this judgment.

Of course, if the function of the exchange medium is the most important currency attribute, then the price of bitcoin cash may not be so bad.

Gold is popular among liberals because it has no relevance to the economy of a particular country (and it can be buried in its own backyard). But those politically minded gold-based enthusiasts face a philosophical problem: in any system they choose, any online transaction requires government permission, but the centralization problem inherent in gold-backed digital currency does not exist. Digital financial policy is something like this.

Perhaps before the liberals and the general public can more clearly feel the advantages of Bitcoin, the world needs to be closer to a real cashless society.

Consider this: With the Snowden incident and Facebook’s multiple scandals, people are beginning to pay more and more attention to how they use the Internet. In a recent survey, privacy-focused search engine DuckDuckGo found that more and more people are gaining control of personal data, which is good for the long-term development of Bitcoin.

Last but not least, Bitcoin's greatest potential extends beyond the gold market and extends to a broader value storage market, including assets such as silver, real estate and art. This is what Spencer Bogart of Blockchain Capital has talked about many times.

Some of the most optimistic bitcoin price forecasts for the next five to ten years are behind the combination of Bitcoin's digital gold attributes and the size of the entire value storage market. For example, Morgan Creek digital partner Anthony Pompliano predicts that bitcoin prices will reach $100,000 by the end of 2021. . But of course, to get Bitcoin to these prices, you need to improve the really important bitcoin advantage indicators: not bitcoin vs. altcoin, but bitcoin vs. gold. Bitcoin has begun to slowly weaken the role of gold as a global means of storing non-politically relevant values. This trend is likely to continue in the next five to ten years as the digitalization of all aspects of society deepens. 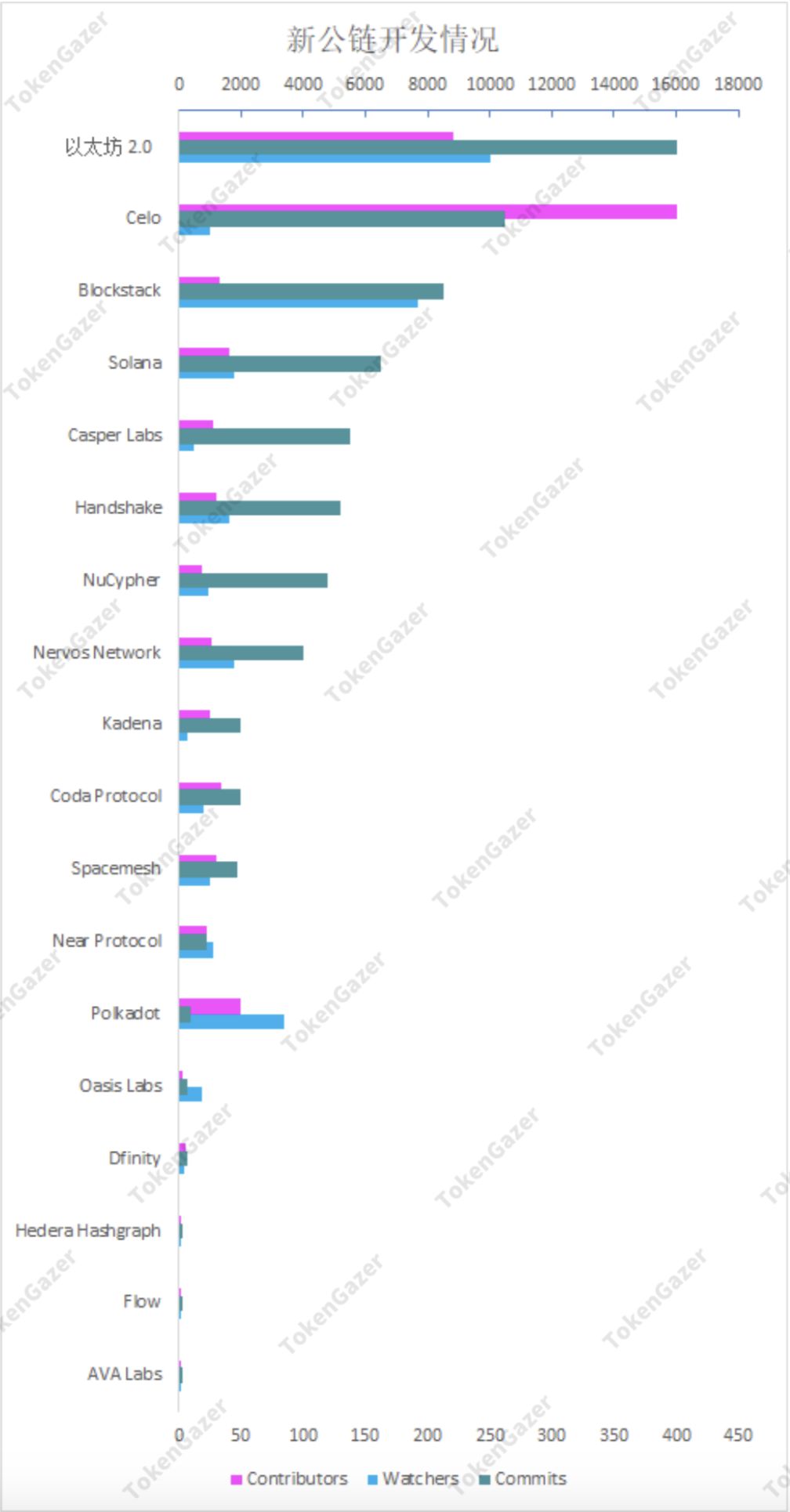 Under the epidemic, the transformation and accelerated development of the blockchain industrial park 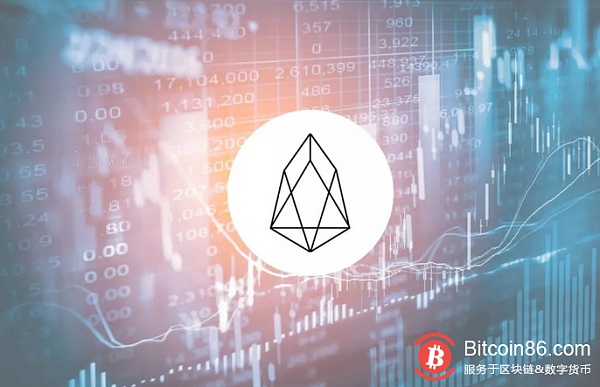