On October 10th, just as Bitwise's confidence in the approval of the Bitcoin ETF was full, the boots that were scheduled to be on the 14th deadline were prematurely delayed:

The ETF transaction plan submitted by Bitwise Asset Management and the New York Stock Exchange Arca is not in compliance with the legal requirements to prevent market manipulation or other illegal activities.

The US Securities and Exchange Commission (SEC), a 112-page directive, once again announced the failure of the Bitcoin ETF, and also completely closed the door to the US SEC through the Bitcoin ETF in 2019. At this point, all ETF applications for the 2019 year were completely annihilated, and "the most anticipated event of the year " was once again extended next year.

However, the market reacted dullly, far less than the attention of the year. After all, the SEC is not the first time to put the pigeons of the Bitcoin ETF.

01 is comparable to "Murake Haruki": year after year, disappointed every year

Since the beginning of the Bitklecoin ETF in the Winklevoss brothers in 2013, different institutions have filed Bitcoin ETF applications every year for seven years, but none of them have ended in failure (either rejected by the US SEC or voluntarily revoked): 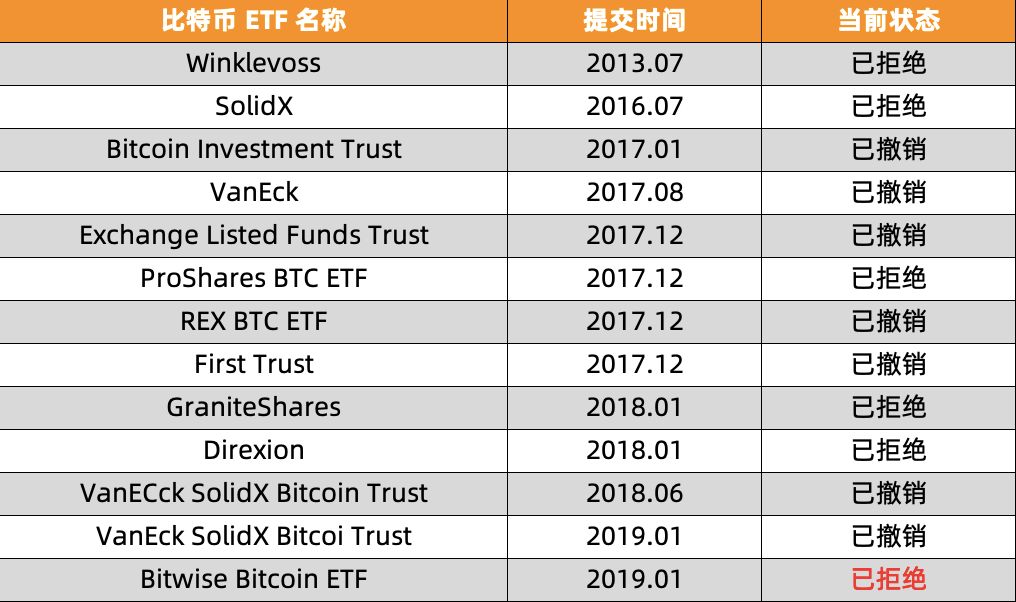 Bitcoin ETF application received by the US SEC over the years

At the beginning of this year, it was quite optimistic that the two main ETF application applications in 2019 ended in disappointment:

The next reversal of the Bitcoin ETF for the next time can only wait until 2020.

However, in addition to the Bitcoin ETF , traditional financial institutions have never concealed their ambitions for encrypted digital assets, accompanied by a series of derivatives that have never stopped.

1. Futures of CBOE and CME

On December 11th and 18th, 2017, the Chicago Board Options Exchange (CBOE) and the Chicago Mercantile Exchange (CME) successively launched bitcoin futures contracts. The market sentiment was completely ignited, and the bull market reached its climax. On December 17, 2017, the spot price of Bitcoin was fixed at an all-time high of $19,380 (CoinMarketCap data).

I didn’t think about it. I’m looking forward to the “ starting of the bull market” for traditional financial entry. It’s just a coincidence, and it’s followed by a long two-year, long-lasting bear journey: from December 27, 2017, Bitcoin Opened a fall of up to 18 months.

The bear market is difficult, and the tragic departure is not only for ordinary investors, but also for the metabolism between institutions. As the winter deepened and the trading volume became increasingly sluggish, CBOE officially terminated the last XBT futures contract on June 19, 2019.

What is wrong with the yin is that CBOE, which everyone considers as one of the "bear market culprit", died on the eve of the rebound. After the end of the CBOE futures drama, bitcoin unexpectedly rose in the middle of the year, which made the CME bitcoin futures trading volume that is still insisting hit a record high, and it was extremely "passive" to become the industry's first.

The first position is never solid. The key reason why CBOE and CME futures are linked to the bear market is that both are non-physical delivery, and the short-selling of the organization is indeed dynamic and convenient.

Under this circumstance, Bakkt, which was launched on September 23 this year, has attracted much attention and was placed on the hope of leading the bull market. It is the first bitcoin futures to be physically delivered, which can directly affect the spot market.

For this reason, investors who have been in the bear market for two years are almost fanatically regarded as “catalysts of bull market”, and they are consistently optimistic, which makes people neglect the growth of new things and always needs a process.

On the 23rd, Bakket went on the line and unexpectedly opened . In the first 24 hours, 71 bitcoin futures contracts (71BTC) were traded. The first nine trading days were also quite bleak, with only 865 contracts changing hands.

The reality of the bones promptly woke up the market. On the 25th day after the two bleak trading days, the shock pattern since June was broken. Bitcoin fell sharply by 20%, and the entire market followed the drop of 30%-40%. In the wake of the stamping, the amount of the global contract market's bursts amounted to tens of billions of dollars overnight, known as the " 925 tragedy ."

More crucially, there is a view that the optimism brought to investors by the bitcoin rebound in the past few months has been swept away, market confidence has fallen to the bottom, and the most anticipated Bakkt has finally “killed” the most. People.

LedgerX got up early and caught a late episode. In 2017, the US Commodity Futures Trading Commission (CFTC) issued a derivative transaction license and clearing license for encrypted digital assets, enabling it to list and provide liquidation and physical settlement of bitcoin exchanges under the supervision of the US federal government. Services such as swap options.

However, LedgerX, who is eager to make up the futures to realize the derivative "troika", has encountered a confusing "regulatory Luoshengmen" this year. 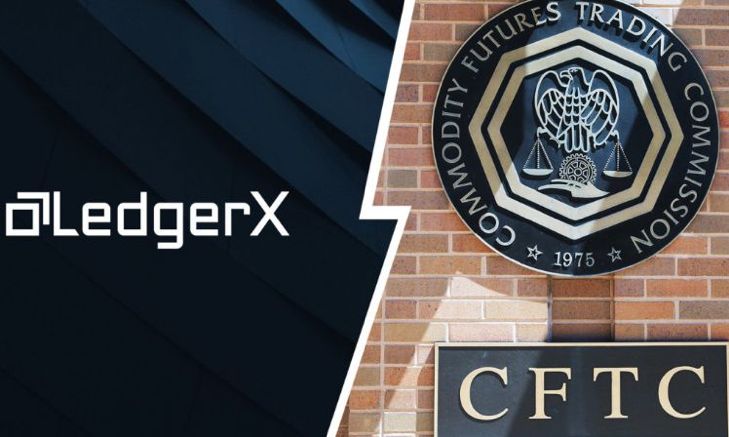 On July 31, 2019, LedgerX announced the launch of the Omni trading platform, which will provide retail customers with "transaction of bitcoin, bitcoin options and futures" services, but the next day immediately released a new tweet to clarify that Omni is currently only Offer spot and options trading, while futures products are "coming soon."

It is quite controversial that LedgerX claims to have submitted a futures license application to the CFTC, but it has been treated unfairly and is considering taking the CFTC for reasons such as “anti-competitive behavior”, “violation of duties” and “violation of registration regulations”. Legal action.

However, after the launch of Bakket, LedgerX gradually faded out of sight.

03 The last defeat? ETF will come

Unlike the already launched options and futures products, as a fund product that retail investors and institutional investors can participate in, the biggest imagination of the Bitcoin ETF is that if it can be listed in the regulated US, it will bring a large increase. The amount of funds, open the way for traditional mainstream investors to invest in cryptocurrency, and may push Bitcoin and other large-scale acceptance by Wall Street, making the allocation of crypto assets more widely recognized.

However, in the past seven years, dozens of repeated revisions and submissions, the US SEC has not yet approved any Bitcoin ETF, the core reason is that " there are still concerns about fraud and manipulation ." 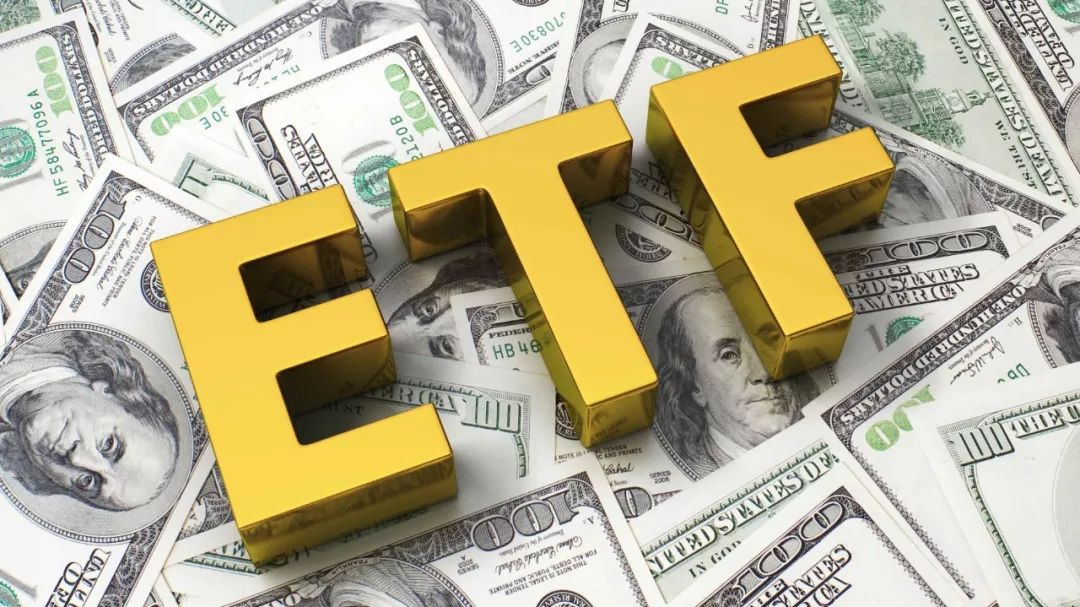 Although every refusal and re-application of the Bitcoin ETF means further departure, it is inevitable that such repeated defeats will be disheartened. Is the Bitcoin ETF really going to be adopted next year?

In fact, this time "the next year" may be really the last time. Tim Draper, founder of the American Defengjie Fund and a famous bitcoin investor, commented that the Bitcoin ETF will be approved within one or two years.

After the 10th ETF application was rejected, Bitwise immediately issued an optimistic statement:

“We are grateful for the careful review of the SEC. The detailed feedback they provided in the refusal order provided a key background and clear path for Bitcoin ETF applicants. We look forward to continuing to engage with the SEC to address their concerns and intend to Resubmit the application as soon as possible."

When the US Securities and Exchange Commission (SEC) Chairman Jay Clayton was interviewed by CNBC in September, he also made it clear: " We are closer to the Bitcoin ETF, but there is still a lot of work to be done ", the Bitcoin ETF for the foreseeable future It's a nail on the board, just a function of time.

The reasons for the SEC's refusal this time are still concerned about market manipulation and market regulation.

Of course, the performance of Bakket since its launch has also euphemistically shot a vaccination – everyone needs to have some patience with the development of new things, and the future will not always move at a constant speed.

At the beginning of the foreseeable Bitcoin ETF, the high probability will be as slow as Bakkt. Bitwise research director Matt Hougan said nothing about this: "New things never break out at the beginning, they take days, weeks, months, and sometimes even years."

The history of the twists and turns of the Bitcoin ETF, although it may be played in the final chapter next year, but for the long-term industry journey of the Bitcoin ETF , I am afraid that it has just begun. "This is not a starting gun, all athletes will immediately cross the finish line." Even if "the next year" passed the approved threshold, after the adoption of the Bitcoin ETF, on the road of mature operation, there is still a new one after another. Next year, I will wait for the leap.

Message Mining No. 346: In which year do you predict the Bitcoin ETF will pass? why? Feel free to share your opinion in the message area. 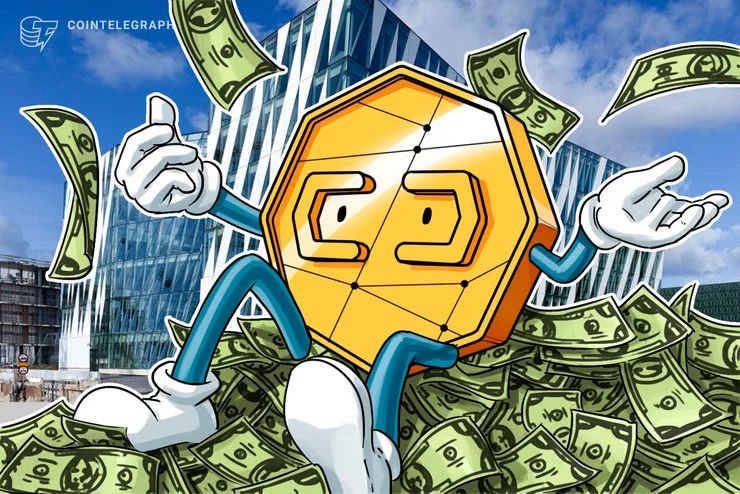 Xu Lirong, Chairman of China COSCO: The shipping industry needs to be highly integrated with new technologies such as blockchain

Millions of people watched, and the entire industry participated heavily. This cloud summit is stirring the "online rivers and lakes" of the blockchain