The 21st century is the age of the Internet and the age of data. With the development of the digital economy, technologies and applications such as the mobile Internet, Internet finance, and the Internet of Things have mushroomed, which has provided unprecedented convenience for people's work and life. Digital identity plays between the virtual world and the real world. The role of the "linker" is becoming more and more important, and everyone in the community is beginning to have a sense of concern about network identity and cybersecurity.

For example, in October 2017, Yahoo's 3 billion accounts were all leaked, and the political supervision agencies participated in the investigation; in November 2017, the Pentagon's AWSS3 was misconfigured, and unexpectedly exposed 1.8 billion citizens' information; in March 2018, Facebook leaked due to user privacy. The question Zuckerberg hearing faces 44 senators' questions and answers, and the data is involved in as many as 3 million users… For the real physical world, everyone has a unique physical identity, and can be judged in many ways. First, based on the information that is known, some information is only known to somebody, such as a secret number, by asking this The information can confirm the identity of the person; the second is that according to what is owned, it is assumed that only one person has a certain thing, such as a seal, etc., by presenting this thing, the identity of the true individual can also be confirmed; the third is directly based on the unique physical characteristics. Such as fingerprints, appearance and so on.

At the same time, whether it is a desktop computer, a server, a smart phone or an e-passport, these devices need to be authenticated to confirm legitimate digital identities. Without a trusted digital identity, remote parties cannot be authenticated and secure and reliable communications cannot be established. However, in the traditional centralized identity management mode, personal information often encounters problems such as identity disclosure, misappropriation, fraud, etc. Since identity information often needs to be converted in different scenarios, the state of fragmentation makes its role greatly limited. .

As a distributed ledger technology emerging in these years, blockchain technology has the characteristics of distributed data storage, point-to-point transmission, encryption security, consensus confirmation, etc. It provides a credible technical solution for the realization of digital identity. Effectively solve the problem of authentication and operation authorization. Compared with the traditional centralized method, the distributed general ledger constructed by the decentralized blockchain will help eliminate the internal complexity cost of human activities and ensure the data is true and effective. Protect user privacy and share across departments and industries.

The use of blockchains to identify identities and protect identity information and privacy has become increasingly important in this era of the Internet and has been tried in many areas. 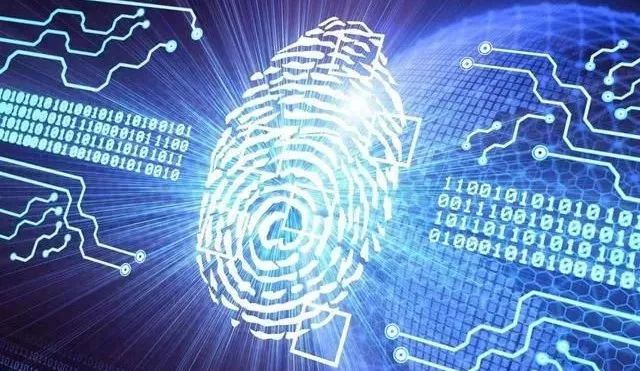 Not long ago, the Saudi Arabian ATM (ATM) provider and the blockchain identity platform ShoCard collaborated to develop a blockchain-based biometric ATM that attempts to combine blockchain technology with biometrics without the need to verify identity. In order to allow customers to withdraw funds through facial recognition. Subsequently, Facebook also announced the application of the blockchain to its own network, using the blockchain identity system to store personal information on a distributed network, so that it does not log into different regions through third-party intermediaries, hoping to avoid this phenomenon. Cambridge analyzes the phenomenon of company scandals.

In addition to the application in finance and information security, for the intelligent production of artificial intelligence in the future, digital identity will penetrate every corner of society. From the digital identity of industrial equipment, especially for more expensive industrial equipment, in addition to the traditional identification of equipment used to uniquely identify and retrieve equipment, an additional physical level, irreversible embedding is required for each device. Identity certificate (or chip). By constructing a device identity management system based on blockchain as a back-office ledger system, it is possible to acquire and verify device identity in a blockchain smart contract consensus implementation and establish a mapping from the identity of the individual entity to the identity of the owned end device. The relationship, so that the authorization mode enables the device side to verify whether the identity of the requesting party has access rights, thereby realizing the two-way trusted and secure traceability verification between the device end and the user, which is of great significance for future human-machine integration.

Just as far as the current situation is concerned, the digital identity system based on blockchain technology is definitely required to be organized by the organization with the blockchain technology background, but the platform can achieve autonomy after the completion of the construction. Whether the legal definition of the legal status and responsibility of the digital identity system builder is clear enough, and how the relevant legal responsibilities are settled when there are difficult disputes in the system operation process. These problems should be fully considered in the initial stage of platform construction. And these are not currently regulated by law. But what is certain is that digital identity authentication is the entry point to the value of the Internet, with the attributes of infrastructure, from personal identity to corporate entities, and even assets can have digital identities. Although it is still in its early stages, its market potential is huge. According to a report on the Research&Markets website, the global blockchain identity management market will grow from $90.4 million in 2018 to $1,992.99 million in 2023. The annual growth rate (CAGR) is 84.5%.

In short, identity authentication is the primary protection measure in the information security system. It is one of the important technologies to ensure the safe operation of the network. Benefiting from digital identity, information can be transmitted and shared more efficiently, and the cooperation and cooperation of strangers is more convenient. As with all emerging technologies, the use of blockchain as a tool for identity management systems may have a more visible role in the next five years, but its size depends on whether the industry can solve some real-world identity problems.

Smart contract: Is it a gimmick or a future business trend?