The unaudited financial statements of the Litecoin Foundation, recently announced on the social forum Reddit, have once again triggered doubts about the Lite Capital Foundation’s “fingery of funds”.

From the contents of the financial statements, according to the income situation last year (January to June 2018), as of March this year (July 2018 to March 2019), the Foundation’s donations have been The $829,000 was reduced to $3,674, and this portion of revenue shrank by nearly 99%, and the commercial sales portion (Merchandise Sales) lost $75,000 from the previous profit of nearly $190,000 to this year. So after achieving more than $1 million in revenue last year, this year’s evasion of the Foundation’s total business income was $70,000. And due to the lack of financial data for the second and third quarters of this year, the community commented that the financial statements from the last (ie July 2018 to March 2019) showed that the Litecoin Foundation’s funds were almost exhausted. .

In this regard, Li Qiwei responded to the financial statements in a number of responses under the social forum. He mentioned that the decline in assets was not so large, and most of the losses were attributed to the collapse of LTC and BTC prices.

Later, Wang Xinxi, co-founder of the Litecoin Foundation, said in an interview that the staff of the Litecoin Foundation volunteered to reduce wages in response to the reduction in donations in the first quarter. He said: "The decrease in donations in the first quarter of this year was mainly due to the market. It was stagnant. But it improved in the second quarter. We will announce the second quarterly report after the audit. The reduction in donations has really affected our daily operations, but our employees voluntarily lowered their wages, which helped the foundation to survive a difficult period. ”

And after Wang Xinxi revealed that the second quarter sales of the Hailulitecoin Foundation had improved. In September, Wang Xinxi announced that the Wright Foundation had received “hundreds of thousands of dollars” in the second quarter. However, according to media reports, according to the analysis of the historical donation trend of the Foundation, and Li Qiwei previously said that he will continue to “support the Litecoin Foundation financially”, it is likely that almost all of this huge sum will come from Li Qiwei.

From the income analysis of the foundation, in addition to the significant decline in donation income, the income from commercial sales is also puzzling. Last year, commercial sales revenue reached $415,000, and after deducting 229,000 costs, the profit reached $186,000. The foundation spent a higher cost, and commercial sales revenue was only half of last year, with a loss of $85,000. It is unclear how the Foundation manages merchandise revenues. According to reports, in addition to selling T-shirts bearing “Hold”, it is more likely to be used to pay for the upcoming Litecoin Summit at the end of October (Litecoin Summit). Related conference fees.

In response, Li Qiwei responded in the social forum, saying that the report was unaudited, good or bad, this time just made a quick estimate, and then there will be new data and audited report updates, and he thinks The decline in assets was not as large as it included expenditures on payables, and most of the losses were attributed to the collapse in LTC and BTC prices, and in the current financial statement, how this loss is marked is confusing.

According to his analysis, according to the financial situation of the Wright Money Summit, the current time for the Foundation to continue to operate is 1 to 2 years. And he further added:

In connection with Li Qiwei’s interview in the end of April this year, the “Litecoin Foundation’s annual budget is less than $100,000”, and the $200,000 plan to maintain the Foundation’s two-year operation is not abrupt. Li Qiwei said at the time that because there was no Litecoin ICO, the project relied mainly on donations and business income to fund operations. In addition, Franklyn Richards, director of the Litecoin Foundation, said that most of the core team's core team contributes to the project in their spare time. Only a few core employees are paid for their work. Even the directors including Richards and Li Qiwei did not receive any income from the foundation. In addition to the voluntary wage reductions of some of the employees mentioned above, members of the Litecoin Foundation told the financial network chain financial network that they do not have any wages.

Despite this, the $100,000 budget is still under pressure for the Wright Foundation after the pay cut. It can be seen from this financial statement that, as Li Qiwei’s so-called “majority” of loss data from the plunging assets collapsed failed to be marked, as of March this year, total expenditures have decreased compared to last year. 61.3%, but the cost of labor costs increased from $110,000 last year to $137,000, accounting for 35% of the total expenditure noted. Other major expenditure items include advertising costs of $4,488, software and cloud services 1563. US dollars, marketing 36,000 US dollars, law 24,500 US dollars, and so on.

“We (the Litecoin Foundation) are not focusing on anything else now, but instead focus on large-scale adoption. More new landing applications will be shown in the coming weeks and even months.”

At the end of December last year, the Litecoin Foundation sponsored a UFC championship competition to expand the adoption of cryptocurrency. Weiss Ratings commented:

"The Litecoin Foundation sponsors the UFC Championship competition to expand the adoption of cryptocurrencies. But it's hard to see how this will lead to large-scale adoption and a better way to spend the money."

At present, it seems that the goal of “getting to adopt on a large scale” has little effect. What's more, sponsoring such events has also led to questions about the foundation's “wasting money on sponsorship” in the community, but Li Qiwei said in the social forum that “LF (Litecoin Foundation) did not pay for any sponsorship. The response to the "dividing money" is also confusing.

In addition, the more controversial issue involves the acquisition of shares in German WEG Bank by the Litecoin Foundation. Earlier, through a strategic partnership with digital currency and French currency payment service provider TokenPay, the Litecoin Foundation acquired a 9.9% stake in German bank WEG Bank, which will help TokenPay carry out its digital currency TPAY and its supporting blockchain and center. Development of the electronic financial exchange DEX and its native tokenEFIN. There is a non-current asset (Non-Current Asset) of approximately $2.8 million in the financial statements. As part of the transaction between the Foundation and TokenPay and WEG Bank is not open, the Planet Daily reported that it was $2.8 million. Perhaps the foundation bought the cost of nearly 10% of WEG Bank's shares from Token Pay. Wang Xinxi issued a statement:

"We didn't spend a penny on WEG Bank's stock, and we don't know where people are talking about how millions of dollars are spent on acquisitions."

“This $2.8 million asset is our stake in WEG Bank in the TokenPay deal.”

“The Litecoin Foundation will not go bankrupt. If we have more money, we will do more, and less money will do a small amount. We have no business model. And we are always trying to find income. Ways to make yourself self-sufficient. If someone can help us, please let me know." Although it seems that the Litecoin Foundation will not face bankruptcy for the time being, the prospects are worrisome. 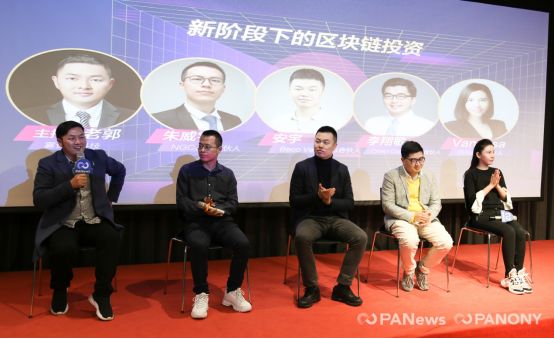 QKL123 market analysis | Bitcoin is good for the upside, the cottage is not good (0904)