The new blockchain law will enter into force in Liechtenstein

In January 2020, the new blockchain law will enter into force in Liechtenstein. Under these laws, companies and businesses will be able to mark any rights and any assets in a straightforward manner. In this way, complex solutions and explanations for the 10-year history are no longer needed. This will provide legal certainty and inevitably lead to the emergence of the token economy. There will be standardized procedures and tokenized registration service providers in Liechtenstein. This will greatly reduce the time and cost required for the tokenization process. By 2020, Liechtenstein will issue hundreds or even thousands of tokens. Which ones will be tokenized? The answer is almost everything.

Figure 1: Milestones of the Liechtenstein Blockchain Act will take effect on January 1, 2020

The Liechtenstein Blockchain Act is actually referred to as the “Token and TT Service Provider Act” (TVTG), but in the rest of this article we will use the former expression. In addition, the new law uses the generic term "trustworthy technology" (TT), including blockchain and DLT systems. Please note that for the sake of reading, we simply use the word "blockchain".

The Liechtenstein Blockchain Act refers to a series of new rules that allow rights and assets to be tokenized and changes to existing laws. Tokenization means that from January 2020, almost any rights and assets can be “packaged” into tokens according to the token container model. Liechtenstein believes that, driven by the digital transformation, the physical world we have known for centuries will sooner or later be replaced by the digital world.

A paper document is used to conclude a contractual agreement or as evidence, and the contract creates rights for the parties involved. The notary is responsible for printing, reading, and verifying identity and documents (most of the process is done on paper). The Liechtenstein Blockchain Act now believes that these paper-based rights and assets (yes, they can also be written on pdf documents and digitally signed) will be brought into the digital world and easily carried out in the form of tokens. transaction. If, after a few years, thousands of rights and assets will be represented by tokens, then we will have two worlds: (1) the physical world we are familiar with; and (2) the new digital world, including the physical world. Part of the rights and assets. However, before you become practical, answer these questions: Who really owns my house? People on the real estate register? Or is there a person who has a token? What if the token is stolen or lost?

The Liechtenstein Blockchain Act is based on the Token Container Model (TCM). With this framework, tokens can act as a container for various rights. The container can be loaded with tokens representing physical assets such as real estate, stocks, bonds, gold, usage rights, and currency. But the container can also be empty, the most notable example being bitcoin, which applies to numeric codes.

This method of loading rights or assets into containers (ie, becoming tokens) sounds trivial, but allows (1) separation of rights and assets, and (2) operation of token technology based on blockchain systems. On the container. In this way, Liechtenstein distinguishes between (1) law and (2) technology.

This model is very helpful for understanding the process and impact of tokenization. All rules regarding rights and assets remain essentially unchanged. However, after some specific rights are packaged into tokens, the digital nature changes. Here's an example: Some people think that a security token (a stock on a blockchain system) is a new type of security. But the token container model makes it very clear that the securities token is simply “packaged” into the token from the securities technology (all rules, permits, duties, etc. are applied), and the token is loaded into the securities like a container. The word "container" is literally meaning that tokens can now be transferred to a new owner, managed in a portfolio, or managed by a hosting provider to securely store tokens without changing the rights and assets in the container.

For the sake of clarity, this is illustrated: the power is actually stored in the container, indicating that the token is running on a blockchain system (see Figure 2). For example, the right represents the ownership of the diamond (see 1, 2 in Figure 2), and the person who owns the token owns the diamond, and this relationship is established by the token container model. Diamonds do not need to move their physical location and can be kept in the vault. But the ownership of the diamond can be changed by transferring other people's tokens (see 3 in Figure 2). This is meaningful for individuals with diamonds to store their value, and for institutional investors who have diamonds in their portfolios (for risk-spreading purposes, consider 1,000 diversification investments in diamonds).

Figure 2: The token container model, which represents the rights to diamonds in the container so that it can be easily transferred without moving the tangible assets held

This model is gradual, providing legal certainty for the existing rights of tokenization and information stored on blockchain-based systems. Please note that Liechtenstein has amended its civil law to allow for the existence of rights and tokens, and the world of tokens has priority over the physical world.

A guiding principle of the Liechtenstein Blockchain Act is that some new service providers and tokens that interact with the blockchain need to be regulated. These new forms of service providers not only need to be registered with the Liechtenstein Financial Markets Authority (FMA) but also require a business license. For example, the physical verifier, his role is to integrate the physical world into the digital world.

Any rights and assets can be tokenized

According to the token container model, virtually any asset and right can be represented by tokens. Some examples can be seen in Figure 3. For example, software permissions or access rights can be placed in a token container. In most jurisdictions, this will be classified as a functional token. If the token is sold to the market before the product development is actually completed, the process is called the first token issue (ICO).

Second, using the European e-money framework, traditional currencies such as the euro, Switzerland, and franc can be packaged into tokens. These tokens will be classified as payment tokens, ie euro tokens, digital euros, euros on the blockchain, cash on ledgers, etc. This is simply to put the euro into the token by applying an electronic currency rule to the contents of the container.

In the end, the securities can be packaged into tokens, and all securities laws apply, and the result is a securities token. If sold to investors, we call it a securities-based token issue (STO). 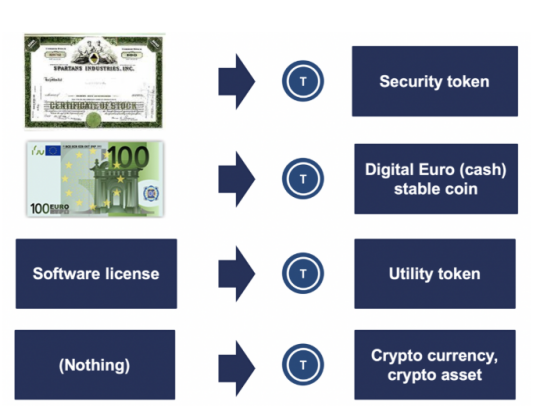 When a right or asset is tokenized, it is first necessary to technically generate a token, and then a token needs to be issued to the new holder. This can happen in a token sale (such as STO, IEO, ICO). The token can then be traded with other tokens, and in most cases, it needs to be kept. More importantly, in the financial market, people can buy tokens and put them into the portfolio to invest.

In short, tokens have a life cycle. The different events in the token life cycle indicate the different needs of the participants, such as the different requirements of the token generator, the token publisher, and the token storeer. Therefore, the Liechtenstein Blockchain Act offers the possibility of multiple FMA registrations so that the company can take action during the life of the token. As shown in Figure 4, companies can apply for these registrations very quickly, and there are multiple requirements for applicants. Of course, licenses are not free. However, comparing the costs and requirements of other registrations and licenses, the financial authorities indicated that the license fee for Liechtenstein is reasonable. Moreover, once there is a clearly defined registration like Liechtenstein, the tokenization process and smart contracts are also standardized, and eventually the cost of tokenization for any asset will be reduced. 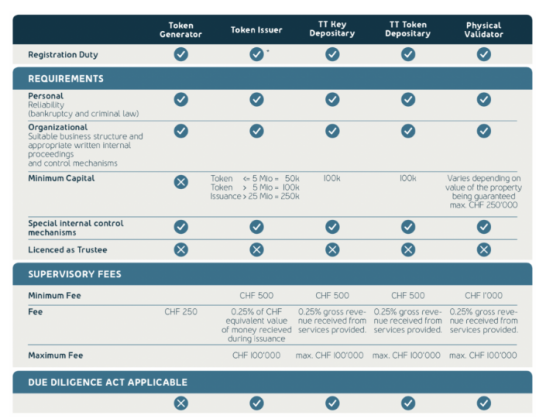 Figure 4: Overview of 5 of the 10 registration requirements

Liechtenstein and other countries

Liechtenstein has proposed a technically neutral and all-encompassing framework designed to cover all aspects of tokenization. Since Liechtenstein is a member of the European Economic Association (EEA), it must comply with the rules and regulations of the European Union and the European Economic Association. These basic rules laid the foundation for Liechtenstein legislators. According to the EU, the EC Basic Regulations and the registration directive, passport registration can be provided for other EU/EC member states, and according to the Blockchain Act, Liechtenstein's unique registration is not carried out through a passport. Of course, tax regulations in other countries and the upcoming “encryption license” in Germany may complicate these business activities, but it will not be feasible.

At the heart of the Liechtenstein Blockchain Act is the adjustment of existing laws to promote legal certainty in the token economy. The Liechtenstein Blockchain Act clearly distinguishes between civil and regulatory law, including amendments to the Liechtenstein Personal and Corporate Law, the Trade Act, the Due Diligence Act and the Financial Markets Management Act. Perhaps the most important aspect is the change in civil rights to ensure that the potential tokens represent the correct and effective transfer from Party A to Party B. In addition, the Act provides regulatory and oversight rules for interlocutors in blockchain systems, including consumers, service providers, and intermediaries.

If you are trying to tokenize rights and assets, this is often difficult and must be based on local laws. For example, in Germany, certain forms of debt can be tokenized, but so far no stocks or bonds are included. Experienced lawyers always want to try to find a solution, explain some parts of the law in new ways, and persuade the regulator's proposed solution to comply with local laws. Of course, lawyers will never call this workaround a solution. However, this method is possible, but not easy. Often, this solution is also expensive because they do not have a standardized process.

As a result, Liechtenstein will be the target of various tokenization efforts, and rights and assets can be tokenized in a straightforward manner without the need for time-consuming and expensive work. There is no need for a workaround like in other countries. This will not only standardize the process, but will also greatly reduce the cost of the tokenization process.

In the end, by 2020, Liechtenstein will have hundreds or even thousands of assets or rights to be tokenized. Some of these will be publicly released as securities tokens, but most tokens will be used for direct relationships (such as private placements during financing) or for B2B purposes.

Source | Medium Translation | First.VIP Reprinted please keep the information at the end of the article. 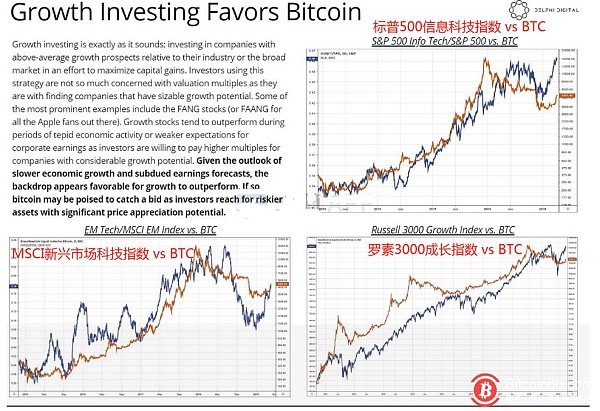