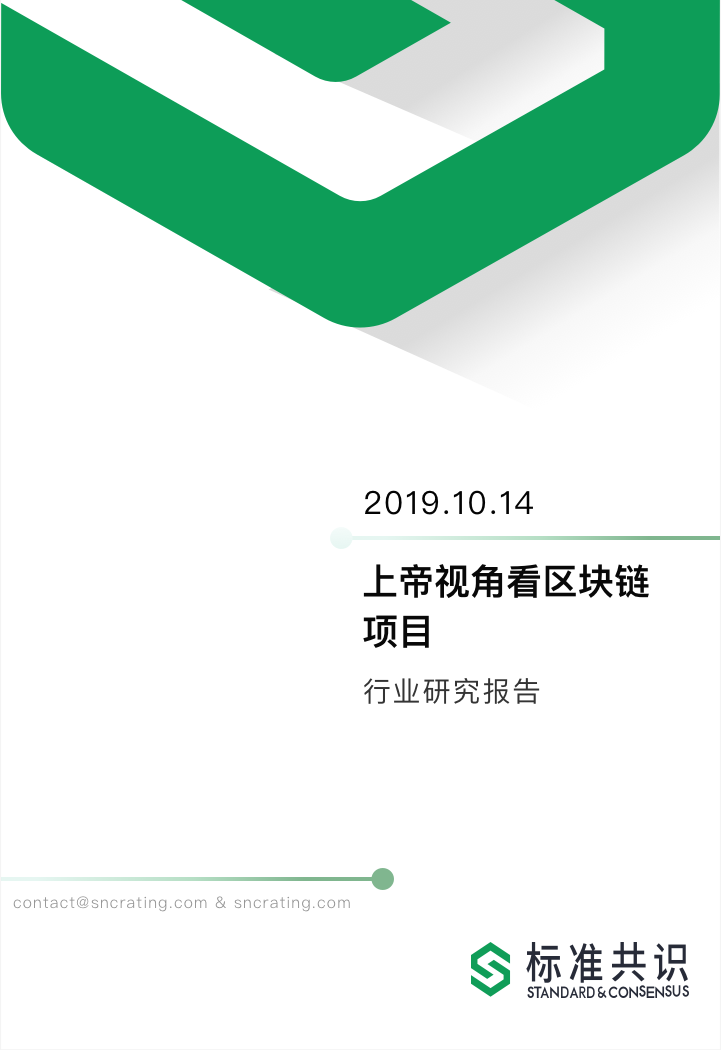 Halfway through 2019, several major events have taken place. Bitcoin prices have returned to the 10,000 US dollars so exciting, compared to Facebook's release of Libra, it is not worth mentioning for many years. Most people are even more sad. They care about "Lie Xiaolai has issued a coin" and "Bao Erye has done another job." The sad thing is that this is the standard leek. To get rid of the fate of leek, we must get rid of the leek thinking. This article will give you a perspective on God and look at the recent big events and the entire currency from a more macro perspective. This paper uses economic and financial engineering tools, using logic derivation from top to bottom, and layer-by-layer analysis leads to conclusions. In order to improve reading efficiency, we first conclude that the process of blockchain technology changing the world has begun, and the public will benefit from technological progress. At the same time, the process will intensify differentiation, and projects that cannot improve production efficiency will accelerate the elimination. Whether or not Bitcoin is eliminated depends on the adjustment of the currency.

From the perspective of God, this title is a bit exaggerated. Specifically, starting from the abstract concept of the top layer, analyze the blockchain industry (coin circle), and then landed on specific real-life scenarios and projects, and then use the industry phenomenon and the actual scenario of the project to verify the concept.

In June 2019, Facebook and other founding members announced that Libra is creating a global stable currency and building infrastructure related to it.

Here we focus on a few representative institutions: JP Morgan Chase, Facebook, Microsoft. The three companies are leaders in the fields of finance, internet and software. Next, introduce these institutions separately.

JP Morgan Chase & Co.: JPMorgan Chase & Co, the industry said Seymour or Soma, with total assets of 2.5 trillion US dollars, total deposits of up to 1.5 trillion US dollars, accounting for 25% of total US deposits, is one of the largest financial services institutions in the United States. These numbers are already scary, but they may not be intuitive. More directly, JP Morgan Chase can influence US interest rates, affect the world's financial landscape, and even influence the regime.

Microsoft: Almost no one in this company doesn't know that the current market value is 1.06 trillion. It once occupied 91.59% of the desktop operating system and in 1999 created a market capitalization record of $620.58 billion. At that time, Zuckerberg, who created Facebook, was only a middle school student. Google, which started in the garage, was just getting started, and Apple’s market value exceeded Microsoft’s 2012 for the first time in more than a decade.

Such a good company has chosen to release its own blockchain project at this time, which obviously represents a trend of blockchain development. Ironically, Volkswagen is more concerned about Facebook's Libra and ignores Morgan's JPM coin and Microsoft's Azure. Morgan is a real power that can affect global interest rates and even the rise and fall of the country. Neglecting Morgan can only show that the public knows nothing about power.

These important events show the trend of blockchain development. Traditional financial and technology giants are aware of this trend and are integrating blockchain technology into their own businesses.

JPMorgan Chase is a globally influential bank. Its business scope covers almost all financial sectors. In the official website of JP Morgan Chase, it introduced its business. 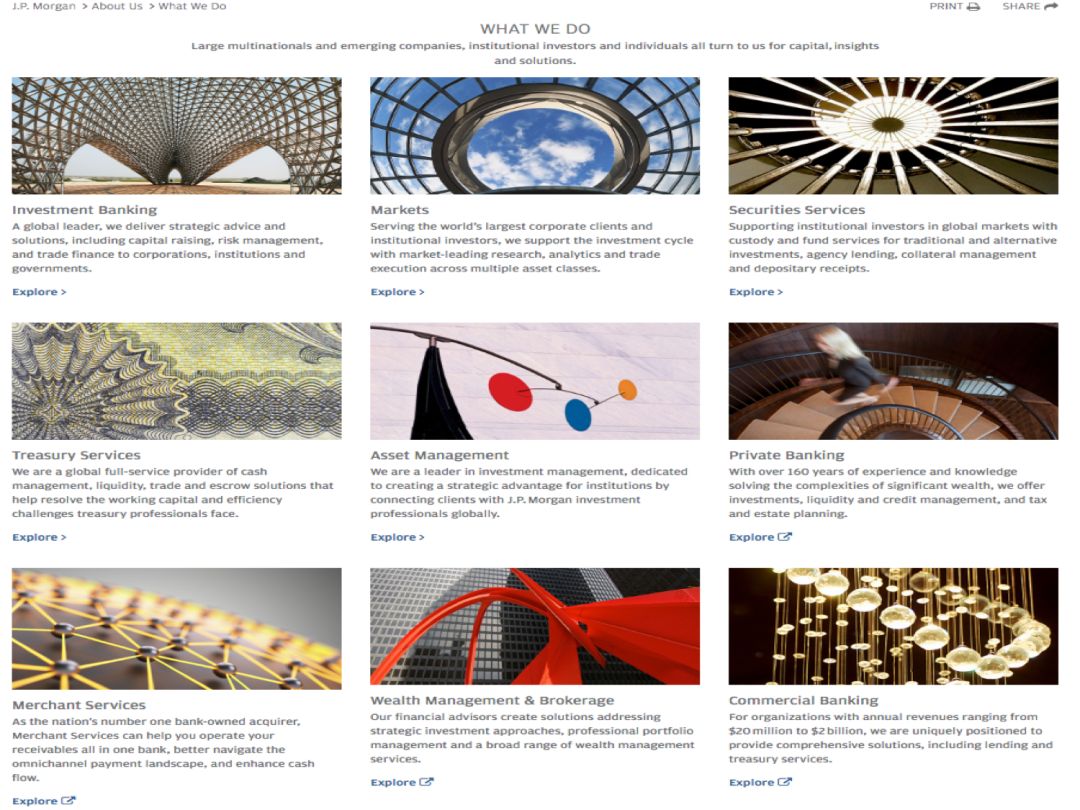 Also, please pay attention to Morgan's official website. It emphasizes technologies such as cloud and blockchain. People who are not familiar with it will even think that this is a technology company. 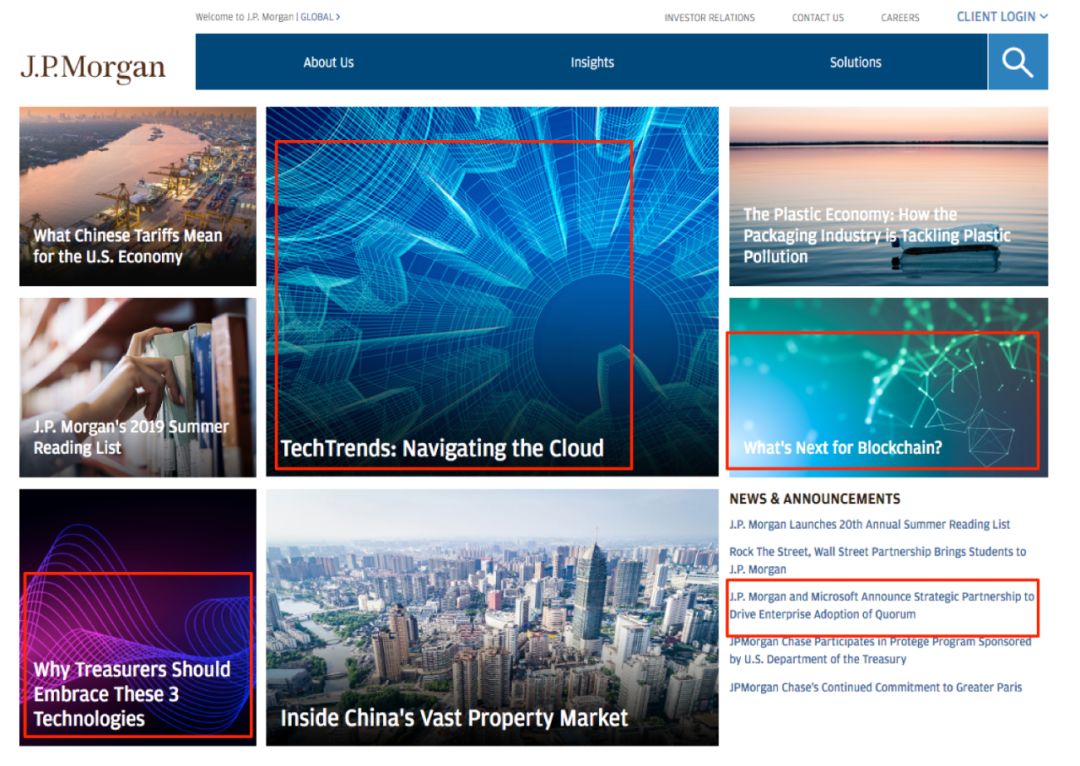 Why does a financial giant pay so much attention to technology? Obviously it is not a show, nor does it need to fool a concept to circle money (like most projects in the currency circle). A reasonable explanation is that technology is conducive to its business development and can enhance its competitiveness. In a more abstract way, technology can help Morgan provide productivity.

Technology has helped JP Morgan improve productivity. Blockchain technology is one of the technologies that Morgan is developing.

Why is STO not warm? Will DeF i fade out like STO? Why is the currency circle notorious? The essence behind these three issues is that "technology is the primary productive force." In other words, STO DeFi can only flourish if technology is used to improve investment and financing efficiency. Only by using technology to improve production efficiency, all kinds of blockchain projects in the currency circle can survive.

Why is the currency circle infamous?

The result of searching for the currency circle on Baidu is ironic. 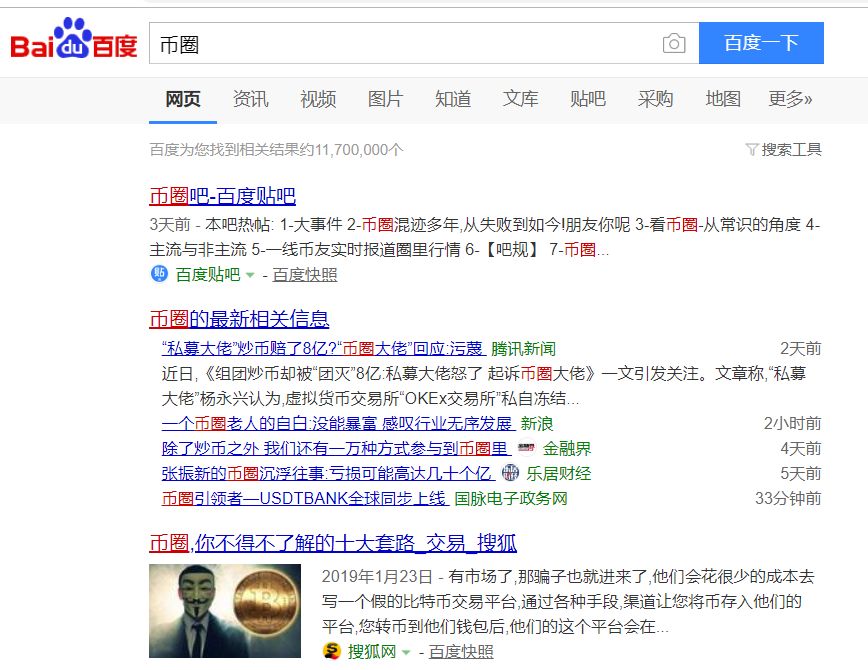 It needs to be explained here that the "individual" and "institution" mentioned by Morgan is not a concept given by the blockchain world that we understand in inertia. The reason and logic also need to be viewed by traditional financial eyes rather than by blockchain. The concept imposed by the false "masters" of the world. The "individuals" here are not amaranth and retail investors, but those who have obtained huge amounts of bitcoin at a very low cost in the early stage (currently everyone on the market). It should be noted that the "institution" actually represents amaranth and retail investors. The whole is like this, the various financial products of the amaranth and retail purchase institutions, institutions reinvest in the digital currency market. In this way, the agency actually represents the interests of retail investors and amaranth. Amaranth retail -> institutions -> digital currency. Of course, this is the logic of the traditional financial system. This relationship balances the interests of all parties and ensures that the financial market continues to grow and flourish.

Comparing with Morgan's point of view, especially point 3, the digital currency is still Utopia. Explain these reasons one by one.

Take Bitcoin as an example to illustrate the core point of view: Bitcoin is no more efficient than the current system, both in terms of currency usage and payment networks. From a currency perspective, the current bitcoin is not likely to be a versatile currency. The core reason is that using Bitcoin as an intermediary does not improve productivity. More specific reasons are: 1 the cost of payment is too high; 2 the monetary policy is invalid;

About the cost of payment, the current payment cost of Bitcoin > Bank Settlement > Cash. The cost of bank settlement and cash payment is about 1 cent. You can look at how much miner fees are paid by bitcoin, and then calculate the time limit. Bitcoin is a slag. Therefore, Bitcoin cannot be a payment currency at all from a cost perspective.

Regarding monetary policy, many people think that the number of bitcoins is fixed and can avoid inflation. This understanding is very extreme. Economic development has its own operating rules. The economic history of thousands of years has proved that with the economic development, a fixed amount of currency equivalents will be eliminated. For example, shells, bronze, silver, and gold have all withdrawn from the historical arena. The Bretton Woods system, which was established in the United States before the 1970s, also collapsed. Correspondingly, credit money prompted economic prosperity after World War II. For this reason, a digital currency such as Bitcoin cannot be a universal currency.

In addition, because the Triffin problem has not been resolved, the US dollar has become a world currency, and the BTC or USDT is even more impossible.

Bitcoin accounts for more than 60% of the total market value of digital currency. Blockchain projects do not achieve the expected goals of their white papers in terms of both payment and currency (but it still has other values, such as "Little White Consensus"), then other districts What about the blockchain project? There are currently no blockchain projects that are better than existing solutions in the world today. Then these projects are still in the process of improvement and development, or the bubble under capital stimulus. The bubble stimulated by capital here generally has an equivalent name, "air currency."

"Why is STO not warm? DeFi will fade out like STO? Why is the currency infamous?" The root cause of this is that blockchain technology has not improved productivity.

Volkswagen will benefit from blockchain technology, but at the same time it will intensify differentiation. Increasing production efficiency is the only option, and foam projects will be eliminated under capital stimulus.

Note: The next article will be logically derived from actual cases. The commercial bank will be used as a sample to analyze the income, cost, risk and other aspects of financial statements and regulatory regulations to determine the performance of DeFi in terms of financing efficiency.

Zhao Changpeng: The actual number of coins in the team is 600

Xunleilaixin: Multi-party collaboration and connection of data need to be realized through blockchain

The Firecoin Global Station will open the fifth FastTrack voting on July 31st.