The “blockchain scam”, which has been repeatedly subject to regulatory investigations, has been officially opened.

According to the official website of the Changsha Municipal People's Government, the Economic Development Zone of Changsha City clearly responded in the citizen's mailbox on September 17 that the “Footstep” company and the “Family Steps” project were suspected of online pyramid schemes, illegal fundraising, and financial fraud. The Economic and Trade Bureau of Changsha City has opened a case investigation. And in the reply on October 14, the Changsha Municipal Public Security Bureau said that the Changsha Municipal Administration of Industry and Commerce had previously replied to the “Investigation of the Case” for the company, and the relevant investigations need to go to the Industrial and Commercial Bureau for enquiries.

Previously, Hunan Funstep Network Co., Ltd. (hereinafter referred to as “Fun Step”) has been exposed by many parties as a “scam block chain scam” scam and pyramid scheme fund.

According to the financial network, even the financial report on August 30, in the August 13th citizen mailbox, the reply content is "step has been investigated" (currently unable to view the contents of the inquiry letter), in August In the reply to the inquiry letter on the 29th, it was only mentioned that “the company has moved out of our district in June, and it is recommended that the caller directly call Chongqing 12315 to handle the complaint”, but there is no more information related to the investigation results.

In June of this year, the company planned to move the company to Laoshan District, Chongqing City, including the company name, company status and business information in the company's residence. The administrative jurisdiction was followed by the relocation of the company. The change, or to some extent, affects the conduct of the investigation process.

On July 13, 2019, the company began to move back to Changsha from Chongqing. Its business operation status changed from “moving out” to “sustaining” when it was planned to go to Chongqing. On August 6th, the corporate residence was changed from the Laoshan District of Chongqing to the Yuhua District of Changsha City. On August 8, the business operation status was changed from “survival” to “revoked”, which caused many media to “fun”. The business license was revoked" attention and reporting.

Dramatically, the situation on August 12 after a short period of four days reversed, and the state of business administration changed back from "revoked" to "survival." At the time, the interest response said that the business license was not revoked, but was suspended due to system reasons. Interesting steps moved to Chongqing’s Laoshan District on July 12, but the follow-up was due to the need for its platform business district to go online in time. The ICP license previously handled cannot be moved to Chongqing, so it was decided to move back to Changsha temporarily in early August 2019.

Following the last report of Caijing.com and the last financial report of the chain, the citizens of the official website of the Changsha Municipal People’s Government added 13 new articles on “Family is related to pyramid schemes”, “is legal” and “whether or not to investigate”. In the inquiry letter, except for the three inquiry letters on April 18th and August 13th, the total number of inquiry letters about "Fun Step" has reached 18, and the latest inquiry letter has a reply date. For October 14th.

With the step of relocating the company address back to Changsha, after September 17th, the Changsha Economic Development Zone Government gave a clear response to a number of inquiries about the interest step: 1. “Family” and The “Fun Step” project is suspected of online pyramid schemes, illegal fundraising, and financial fraud. Changsha City Administration of Industry and Commerce has opened a case investigation in the Economic Development Zone; 2. Advise consultants and their relatives and friends not to participate in the “Fun Step” project, and do not speculate on “Candy”.

In addition, there is no officially publicized response to the progress and progress of the investigation of the case. The response from the public mailbox indicates that it is currently not disclosed. According to the response of the Municipal Public Security Bureau, relevant investigations need to bring your ID to the Changsha Municipal Administration for Industry and Commerce.

According to the information of Tianyue, Hunan Funu Network Technology Co., Ltd. was registered in Changsha, Hunan Province on June 5, 2018. On July 12, 2019, it was renamed as “Chongqing Funu Network Technology Co., Ltd.” and invested at the same time. Persons and senior management personnel record (directors, supervisors, managers, etc.) information and other changes.

As early as March of this year, there was news that the fun of borrowing from running to make money in the name of “MLM” was in disguise. This was due to the closure of its trading center after the upgrade of version 3.0, which led to many platform rewards (candies). The user withdrawal channel is blocked, except that the candy reward itself is closely related to the promotion of “leading the head”. Although the interest rate claims that the candy is not a digital currency, then the authenticity of the digital currency GHT that takes over the candy currency is also doubtful. Subsequently, with regard to its multi-level reward mechanism, it was subjected to detailed step-by-step analysis of various steps. In May, Fun Step was removed from the app store, Android app market and other application platforms.

On August 5th, the official public number of “Xingbo Bole” of Xinjiang Bole Police issued an early warning about “promoting investment “Fun Steps” APP suspected of pyramid scheme fraud”, which pointed out that “Family Steps” APP had great financial risks and looked at it. It is a zero-investment but uses the method of MLM to develop the downline. The fun step "mainly increases the activity level by recording the daily movement steps of the registered personnel. The level of activity affects the number of candy obtained every day. Candy can be exchanged in the interesting step business circle. Or exchange money. 'Family' members increase their activity by promoting APP's pulling heads and doing tasks."

All kinds of speculations and disputes triggered by "Fun Steps" have not stopped, and the relevant regulatory authorities will continue to give further clear conclusions on the nature of the "Fun Steps" and the investigation process and results.

Today's panic and greed index is 50, the level is still neutral

IMF President Lagarde: It is not bad for large financial institutions to want to issue coins. 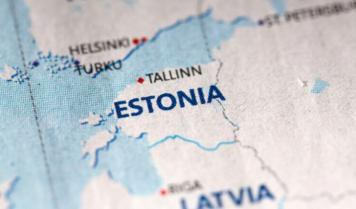