There has always been a particularly ridiculous section in the “coin circle”, saying that if you want to know if it is a bull market now, see if the Ethereum network is congested.

In fact, not only in Ethereum, the congestion problem has always been the pain point of the entire blockchain industry. The generation of congestion also caused bitcoin to produce a hard fork.

Not long ago, a cat game called Crypto Kitties was popular in Ethereum, but behind the hot cat game, it made the Ethereum a hundred.

It is reported that during the peak period of Crypto Kitties, the transactions in the game accounted for about 25% of Ethereum’s trading ratio, which not only caused serious congestion in the Ethereum network, but also caused transaction fees to rise.

The nightmare of the etheric cat is gone, but the new trouble seems to be coming again. This time Ethereum was dragged down by Fcoin!

In the past few days, everyone will find a problem. The transfer speed of ETH has become very slow, not only slow but also expensive. According to the data on Etherscan, the number of unprocessed transactions reached 44,402, and the miners’ fees have soared in recent days. Even the small partners spent nearly 1.5 of the Ethereum miners’ fees to complete the transfer.

The main culprit that directly led to this congestion accident is the recently hot Fcoin exchange. Simply put, Fcoin achieves a combination of the Token economic model of “burning money subsidy” and “profit repurchase”. 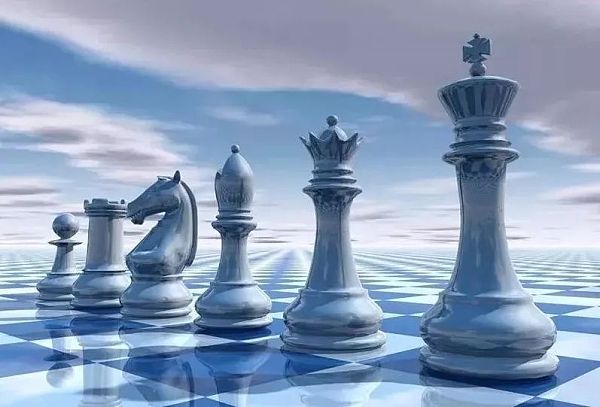 That is to say, FCoin changed the gameplay of “burning money subsidy” into the platform money when the new Internet industry grabbed traffic. The earlier the participants, the greater the income and the more subsidies; FCoin also “repurchase profits” such as currency security and fire coins. The platform currency model was directly improved to “revenue share”, and 80% of the guaranteed income was allocated to the platform currency holders, giving early users greater incentives.

With this type of trading as a mining method, FCoin took the first place in the global trading list in less than half a month.

Although Fcoin stopped the subsidy policy for inviting rebates on June 29. After stopping the rebate subsidy, the purely brushed robots stopped to continue to brush because there was no profit, so the trading volume of the platform was reduced by two-thirds and approached the true level.

But no one thought of it. After stopping the rebate subsidy, FCoin’s new “Fcoin GEM” new gameplay once again brought itself to the front page headlines. 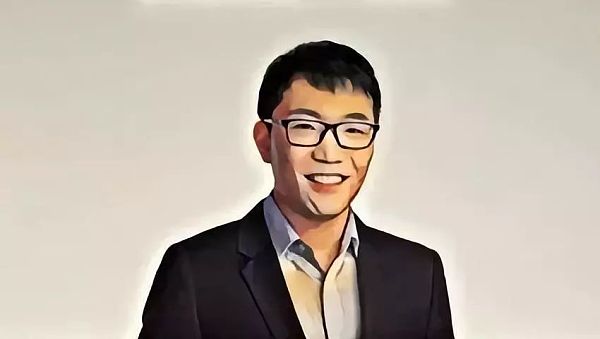 But this time, in the face of Fcoin’s big black horse, Ethereum is obviously not ready.

The “Fcoin GEM” is open to all ERC20 blockchain projects in the world, and the application for recharge is open. Almost all projects have access to the FCoin GEM’s list of digital assets.

FCoin’s rule on the currency is that, according to the actual number of rechargers, it is also an opportunity to give some recognition and attention to the project, and it can greatly reduce the workload brought by the screening, and also increase the speed of the currency. Give the opportunity of a good project, so that the project side does not have to spend a lot of money on the coin, the project side does not need to cut the leeks, the user also got a good project, the exchange has also been trusted by the user, it is a three-pronged.

But in the end, the result of the recharge was to complete the DDOS attack launched by Ethereum, and Ethereum was once again congested.

They believe that the FCoin business model is similar to the Rube Goldberg machine, and despite the implementation of a series of procedures, the end result is useless.

At the same time, MyCrypto also condemned the incident on its social media, saying it was entirely the exchange’s PR strategy! And count the eight hidden dangers, which is thought to trigger Sybil Attack: a small number of nodes in a social network that control multiple false identities to take advantage of these identities to control or affect a large number of normal nodes in the network. Mode) and also spit out the existence of fake items in the online project. 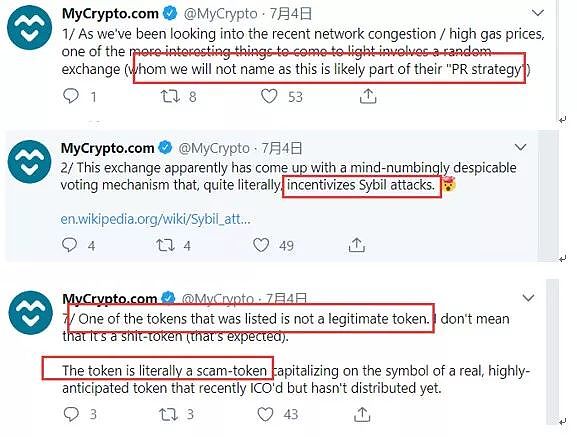 In response to the congestion in Ethereum, Eitafang founder Vitalik released a plan to stabilize the Ethereum fee on July 3, and said that the program is independent of Casper, Sharding or Abstraction. If it is fully reviewed, everyone thinks this is If a major improvement is made, then this technology can be added to the Ethereum main website.

Vitalik said in the plan: almost all transfers use a method, that is, the first-level auction mode, everyone submits their respective specific bids, if they transfer successfully, then the transfer fee paid by the transferor is what he started to fill. Handling fee. The problem with this approach is that no one knows how to set the best bid. For example, if a user sets a transaction fee of $1, but all other users include a $0.5 bid, then he should not pay $1, but may only need to pay $0.8, for example. Of course, this is just Vitalik’s vision, in his own words, “Optimization requires complex economic models and real-time blockchain usage.”

This approach is obviously advantageous because it allows users to bid the amount equal to their transaction value, and if their valuation is much higher than others, they really don’t have to pay as much.

But Vitalik also said that this method is easily manipulated by malicious actors, and miners can increase their bids privately, thus boosting their profits.

Regardless of the progress of the innovation project, the behavior of projects such as FCoin is enough to have a negative impact on the new ecosystem, and it also affects the further expansion of the technology.

Currently, V God and other Ethereum developers are working hard to achieve a million transactions per second through the sharding and Plasma technology. But the full integration of these two technologies can take months or more, because to apply such top-notch solutions to the Ethereum network, developers must face unprecedented technical challenges. 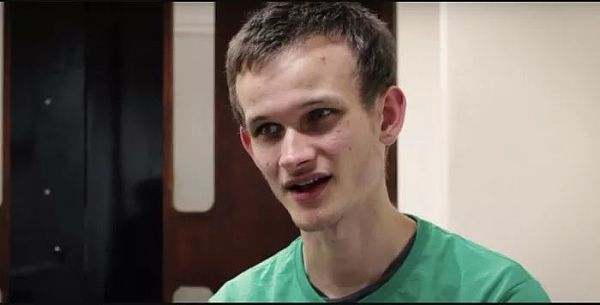 Before finding the right solution, the communities and project parties in the Ethereum network should work to reduce the burden on the main chain, but once the solution fails, it will cause continuous network congestion. Although the currency mechanism proposed by FCoin seems to be “unprecedented”, the establishment of the new mechanism requires a strong network ecosystem to back it up. At present, the Ethereum ecosystem is not enough to support the burden of the FCoin mechanism, if it is congested. Becoming a habit, FCoin can easily become the target of the Ethereum and ERC20 token community attacks.

Ethereum trading fee is too…