Data shows: BTC new traffic is slow, short-term or will continue to adjust

According to TokenInsight data, the TI index reflecting the overall performance of the blockchain industry reported 611.63 points at 8:00 on October 18, which was 7.41 points higher than the same period of last year, or 1.23%. In addition, among the 25 sub-sectors closely watched by TokenInsight, the highest increase in 24 hours was in the transaction and payment services industry, an increase of 5.86%; the highest decline in 24 hours was in the e-commerce industry, a decline of 9.38%. According to the monitoring, the BTC 24h transaction volume was $14.2 billion, the number of active addresses decreased by 1.02% from the previous day, and the number of transfers decreased by 4.91% from the previous day. BCtrend analyst Jeffrey believes that BTC's new traffic is slow and will continue to adjust in the short term. Note: The above content is for reference only and does not constitute investment advice. 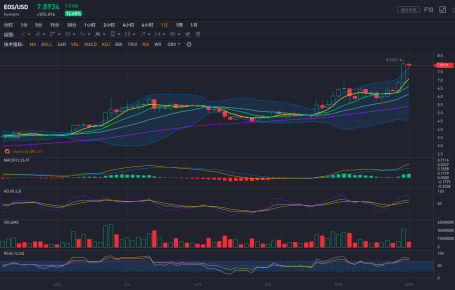